Park Min Young and Kim Jae Wook will bid against each other at an art auction in upcoming drama “Her Private Life.”

tvN’s “Her Private Life” is a romantic comedy starring Park Min Young as Sung Duk Mi, a professional curator at an art gallery who is also secretly an idol fangirl. Kim Jae Wook will play her brusque boss Ryan Gold.

On March 26, tvN unveiled stills of Sung Duk Mi and Ryan Gold’s first encounter. They engage in a battle to place a higher bid for a piece of artwork. Ryan Gold nonchalantly holds up a “56,” while Sung Duk Mi clenches a “49” in her hands and looks incredibly worried. 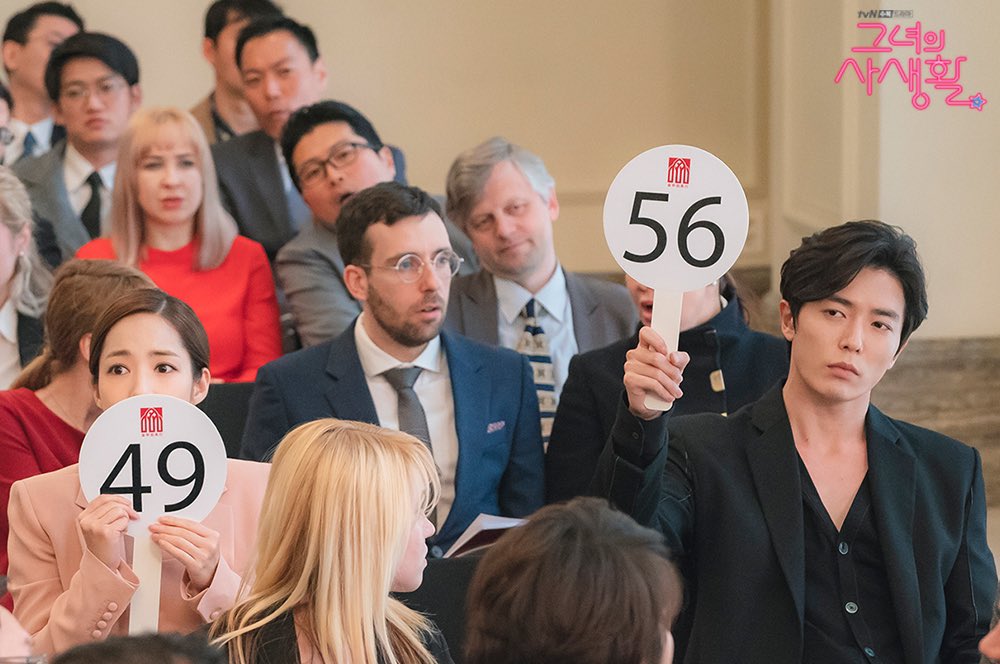 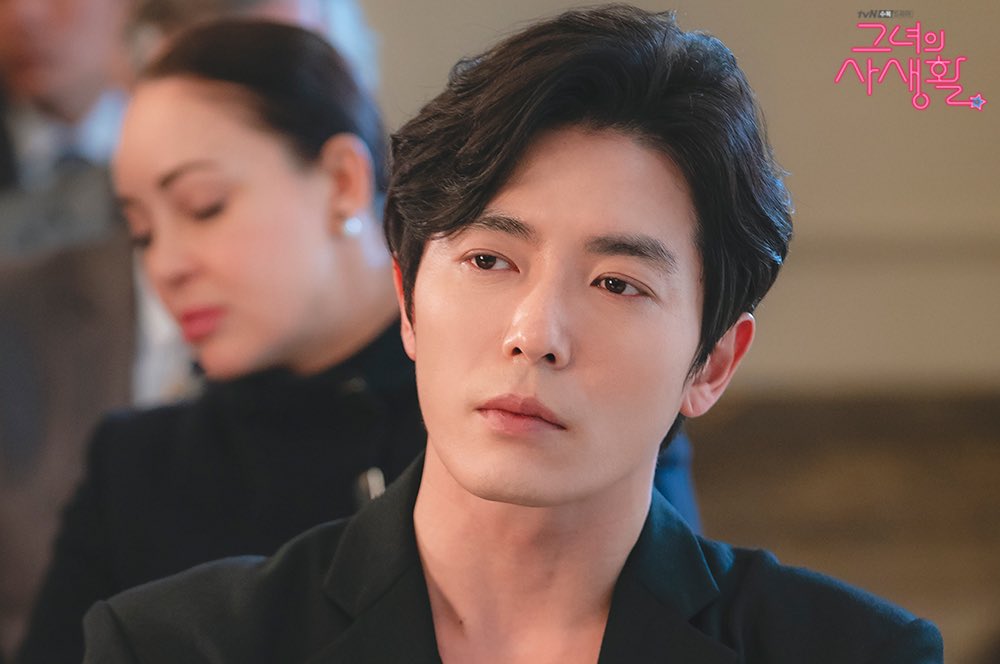 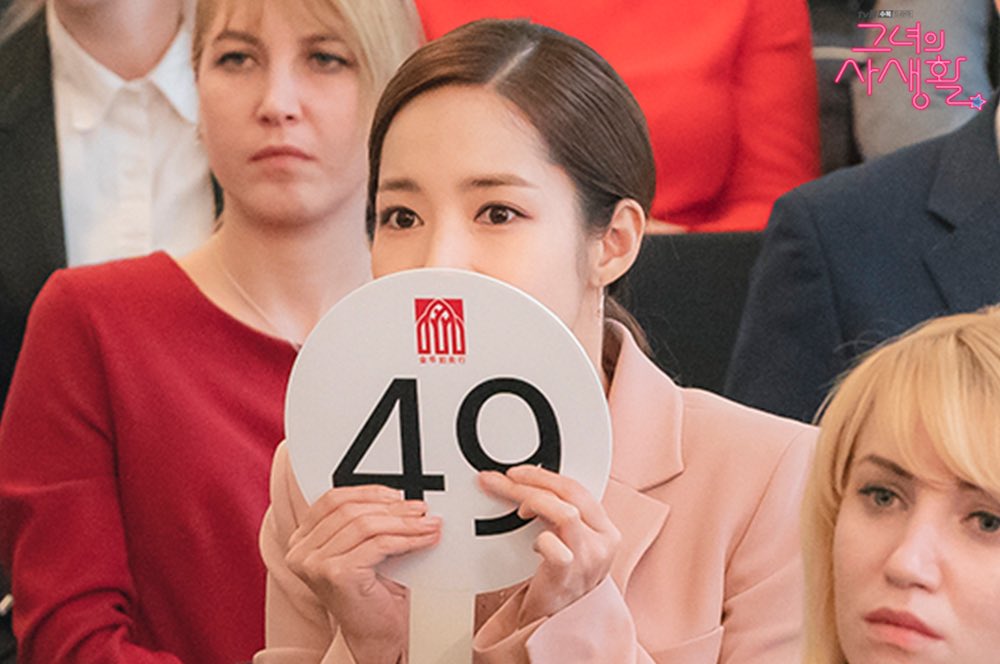 It turns out that Sung Duk Mi is trying to get hold of the artwork to give it to her favorite idol as a gift, but Ryan Gold makes an unexpected appearance and ruins her plans. Their unpleasant first meeting and completely contrasting facial expressions raise anticipation for their chemistry in the later scenes. It will also be interesting to find out who gets their hands on the artwork in the end.

The drama’s production staff stated, “The way Park Min Young and Kim Jae Wook continuously get involved with each other after their unusual first encounter will make viewers laugh, while also making their hearts race. Please look forward to it.”

Watch the latest episode of “Touch Your Heart” with English subtitles while you wait for the drama’s premiere!