After everyone exchanged greetings and settled down, director Kwak Jung Hwan stated, “I don’t believe it only takes a director and screenwriter to complete a drama. I hope that we can all share many ideas that we can incorporate into the drama to create an even better production for the viewers.”

Lee Jung Jae will be taking on the role of Jang Tae Joon, the chief aide of four-time congressman Song Hee Seob (Kim Kap Soo), who graduated at the top of his class in the police academy but turned to politicians as he sought more power. He will be at the center of the drama that unfolds, and his character will teeter along the edge of right and wrong, finding his balance through intuition and cold judgment. This is set to be Lee Jung Jae’s first drama in approximately ten years, so anticipation is high for the actor.

Alongside him is Shin Min Ah playing Kang Sun Young, a first-time congresswoman and speaker of her political party. She is proud of her competency and competitiveness, and she hopes to break the glass ceiling. There will be tension between her and Lee Jung Jae as he is the chief aide to the rival of the senior lawmaker who nominated her for her candidacy. 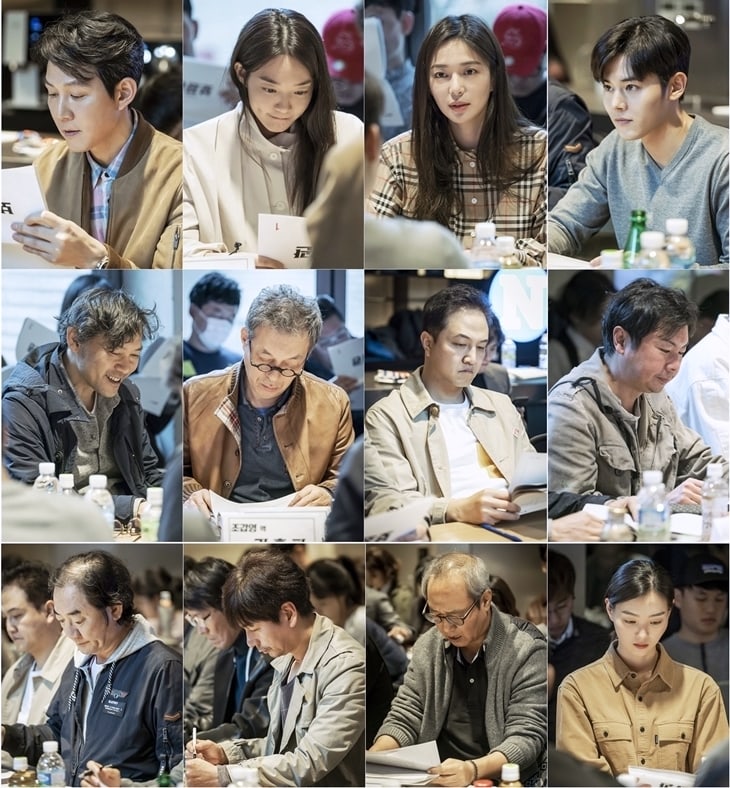 The production staff stated, “Screenwriter Lee Dae Il’s tight script and director Kwak Jung Hwan’s excellent directing combined with the actors’s talents at bringing their characters to life to create an amazing script reading,” and “We’re off to a strong start. We will bring to life the story of people who are the real players in politics. We hope everyone will anticipate it.”

The drama is slated to begin airing in late May.