gugudan’s Kim Sejeong shared a story about working in the entertainment business.

Kim Sejeong said, “The standard between senior and juniors became ambiguous. I debuted before Wanna One as I.O.I, but NU’EST’s Hwang Min Hyun debuted before me. I wanted to say, ‘juniors’ but since NU’EST, a senior, was there, I said hello to the juniors and said hello once again to the senior. When I greeted him, I spoke formally.”

When Super Junior’s Kim Heechul said, “They say that the standard for being a senior is the measurement of one’s popularity,” Kim Sejeong replied, “An upsetting thing once happened. When I was promoting as I.O.I, a junior who greeted me by saying, ‘Oh hello, senior,’ then ignored me when I promoted again as gugudan. You shouldn’t be like that. I can’t say who it is, but popularity isn’t everything.” 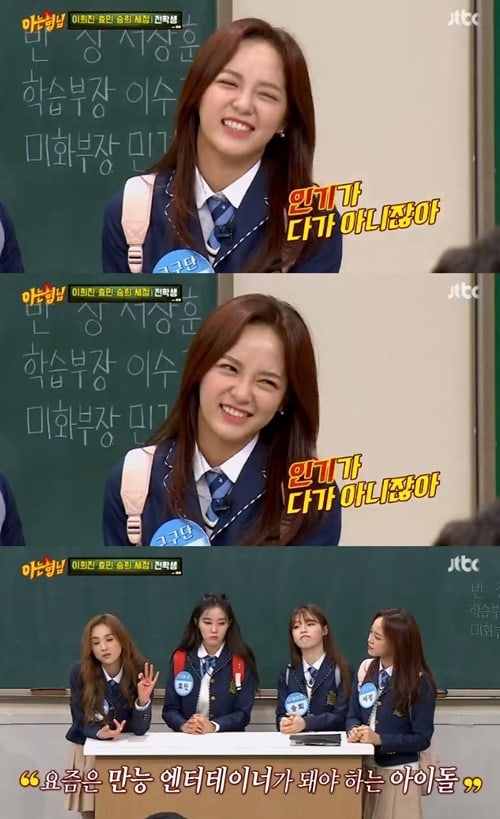 Check out an episode of “Ask Us Anything” below!