Kang Ho Dong and Oh My Girl’s Seunghee shared a heartwarming reunion on the latest episode of “Ask Us Anything”!

During the episode, cast member Seo Jang Hoon noted that Kang Ho Dong was lavishing a lot of praise on Seunghee in particular, and Kang Ho Dong responded, “Even if Seunghee doesn’t know me, I know her.” 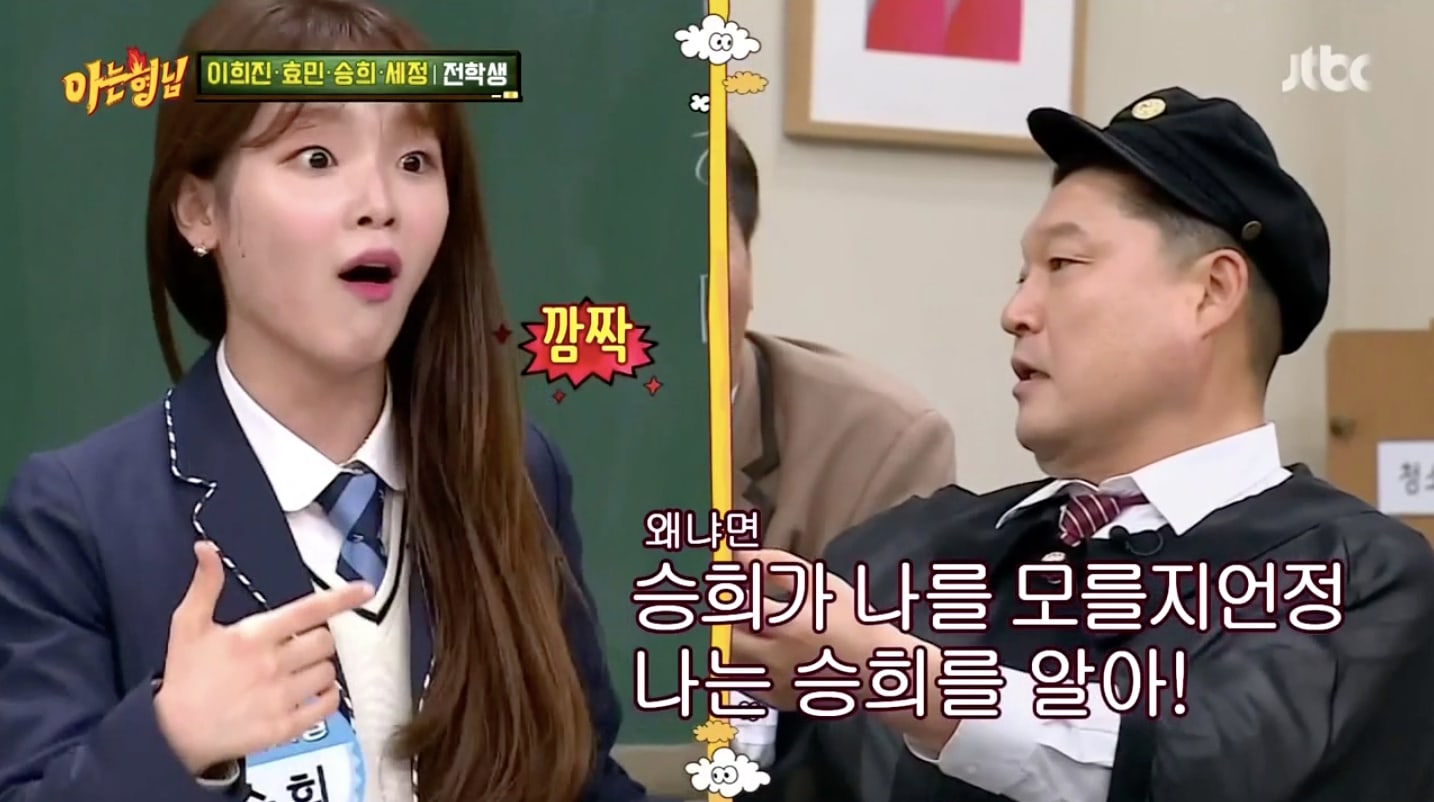 As Seunghee reacted with surprise, Kang Ho Dong went on to explain, “I remember Seunghee very clearly. When she was 11 years old [by Korean reckoning], Seunghee appeared on ‘Star King’ as the ’11-year-old BoA.’ I remember her. Isn’t that right?”

Seunghee exclaimed, “That’s right!” and Kang Ho Dong continued, “Even back then, she was exceptional. Do you remember me from back then at all?”

The Oh My Girl member excitedly replied, “Of course I remember! During breaks [from filming], [Kang Ho Dong] would lift me up with one arm and say, ‘Seunghee, you’re so cute!’ Back then, [Kang Ho Dong] was so affectionate towards me that Noh Sa Yeon said, ‘Ho Dong, it looks like she’s your daughter.’ That made me so happy at the time.” 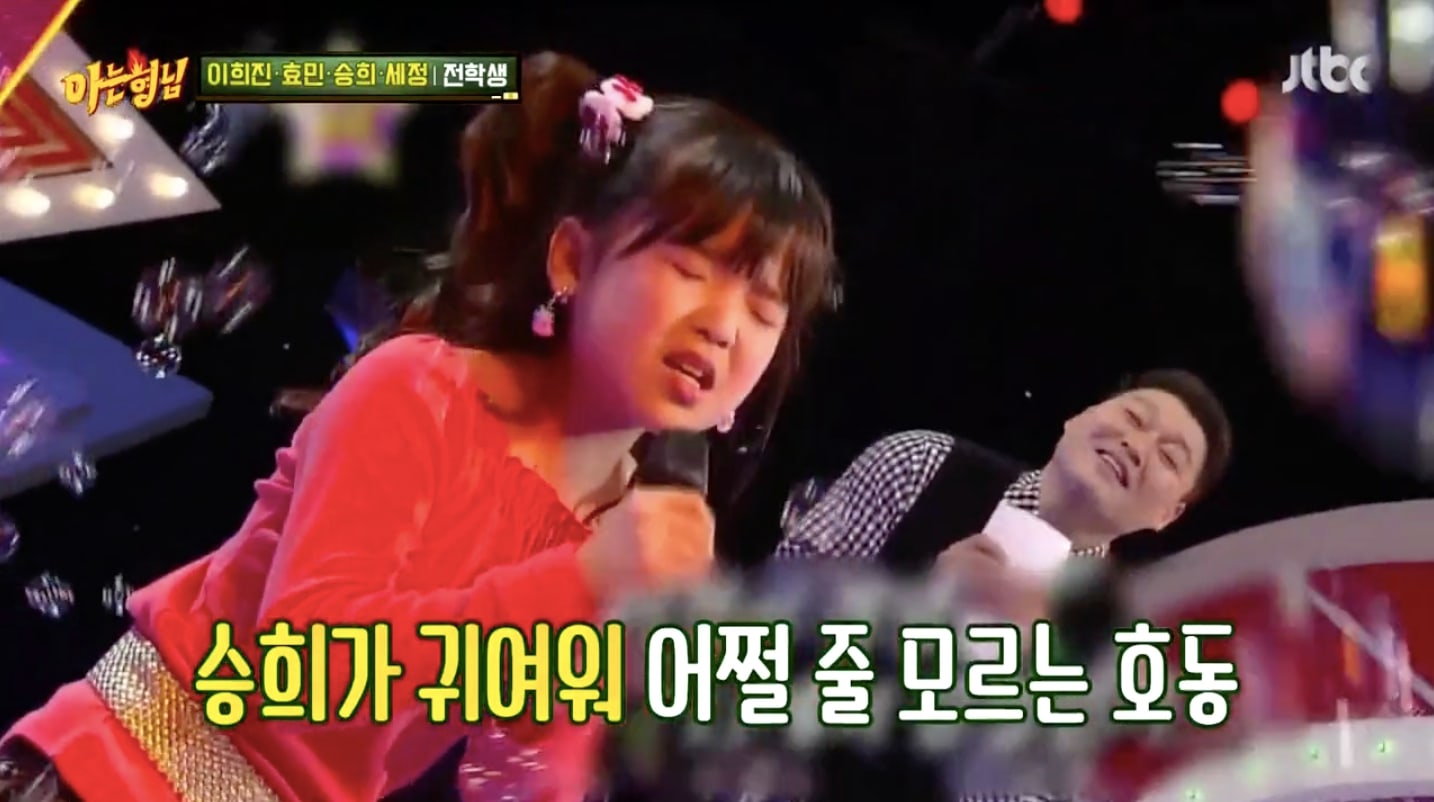 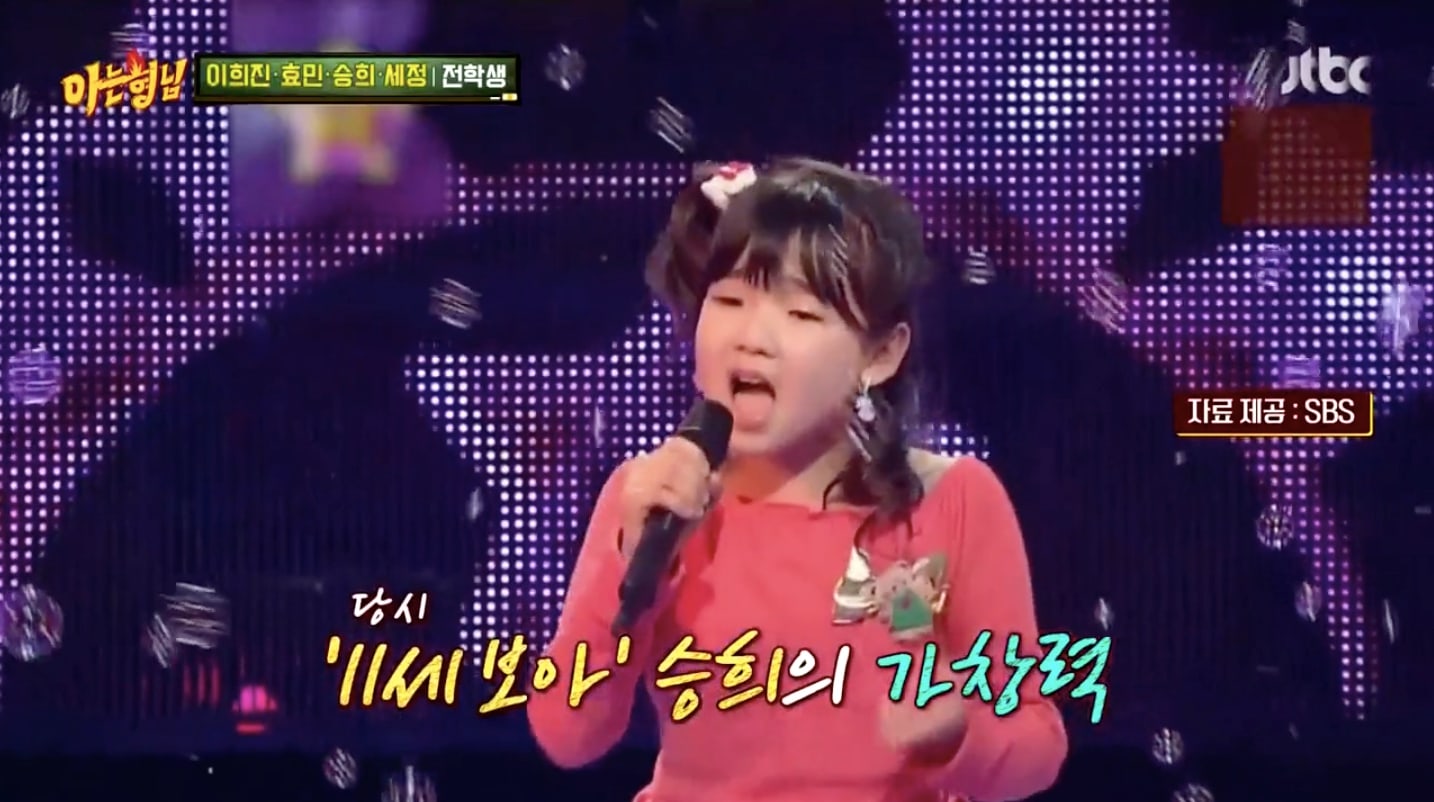 The latest episode of “Ask Us Anything” will soon be available with English subtitles on Viki. In the meantime, check out a recent episode of the show below!