On the March 31 broadcast of SBS’s “Running Man,” Jun So Min shared the story about a fateful meeting she had with a stranger during her recent trip to Czechoslovakia.

Yoo Jae Suk prompted the actress, saying, “Tell us about Jack! The one you met at the club.” When Jun So Min just laughed, Yoo Jae Suk started her story. “Jun So Min was dancing when someone approached her and spoke to her in English. Jun So Min said she doesn’t speak English, so the guy used a translator to say he liked her dancing.”

The “Running Man” cast then proceeded to poke fun at Jun So Min’s dancing, mimicking dances she had done previously on the show. 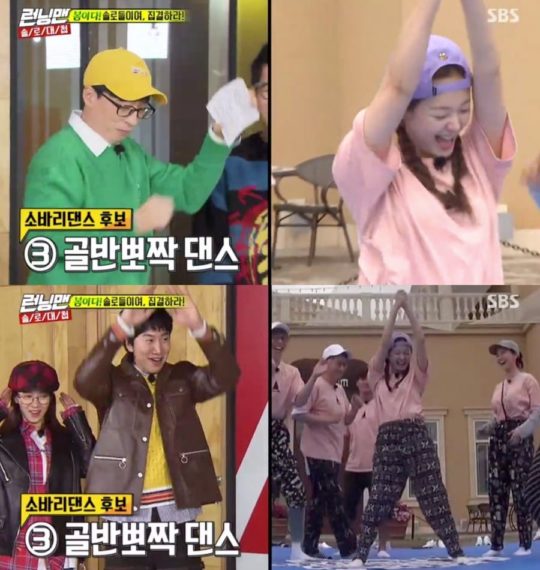 Yoo Jae Suk continued the story, saying, “The next day, she was at the zoo, and they met again!” Yang Se Chan joked, “Are we sure she wasn’t drunk and talking nonsense?”

Jun So Min finally jumped in with her story, making the cast laugh with her embellishments. “I was playing with the otters [at the zoo]. The sun was shining beautifully that day. I had a strange feeling, and then my hair romantically blew in the wind. That was when someone said ‘hey’ from next to me, so I [flipped my hair as I turned my head]. He then pointed to himself and said ‘in the club!’” 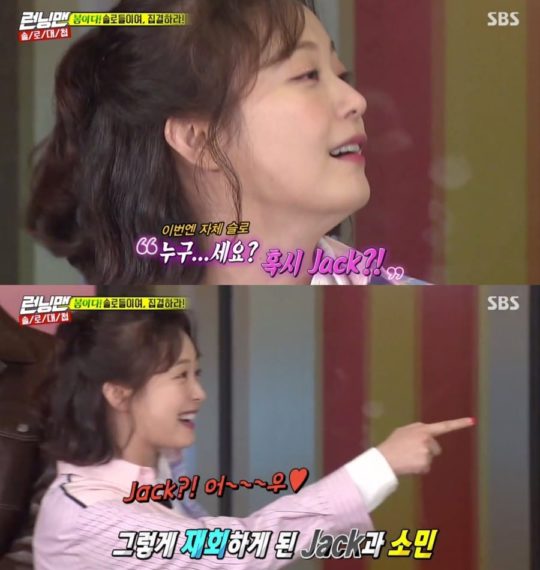 When HaHa asked what happened next, Jun So Min revealed that she exchanged e-mail addresses with Jack.

Yang Se Chan said, “Can we please have him on as a guest?”