BTOB’s Yook Sungjae had a small fright on SBS’s “Master in the House.”

Leo is a police dog who is retiring from his post. They joined Leo’s last day of training where he ran around the mountain looking for lost survivors. After finding the hidden survivor in the mountains, Leo successfully completed his retirement training.

While walking down the mountain, they ran into Leo’s junior police dog Caesar who looked eager for training. Yang Se Hyung suggested that the cast member who wins a game of rock, paper, scissors should help with Caesar’s training, and Yook Sungjae ended up winning.

The singer looked visibly scared before the training began, and Yang Se Hyung joked, “Let’s wrap bacon around him.” The police officer in charge of Caesar humorously added, “Your handsome face could get hurt, so make sure you hide your face well.”

Yook Sungjae took a seat by a tree in the middle of the mountains. When training began, Caesar ran full speed ahead. After circling the idol, Caesar found the ball that Yook Sungjae was hiding. The BTOB member became scared and threw the ball far away.

After training ended, Yang Se Hyung ran over to ask how he was feeling. Looking quite out of it, Yook Sungjae stated, “I gave it my best.” 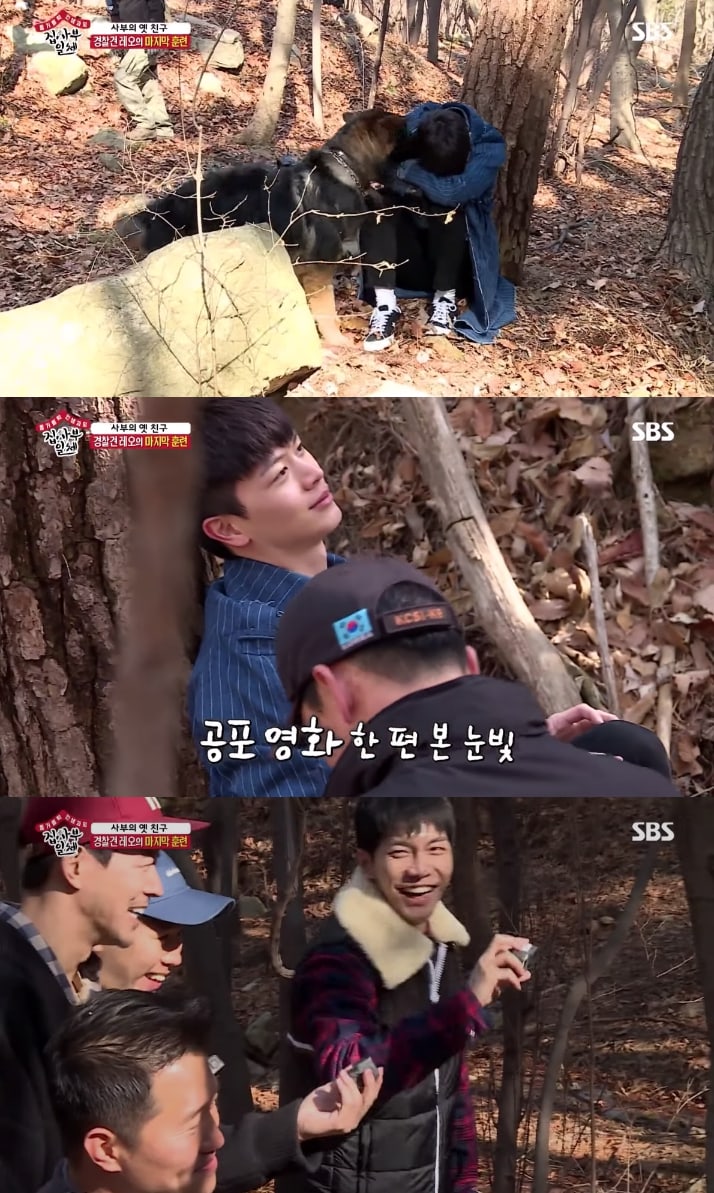 Watch the clip below:

Check out the full episode of “Master in the House” below!