Park Min Young will be meeting her favorite idol in the upcoming episode of tvN’s “Her Private Life”!

“Her Private Life” tells the story of Sung Duk Mi (played by Park Min Young), a professional curator at an art gallery, and her prickly boss Ryan Gold (played by Kim Jae Wook).

On episode three of “Her Private Life,” Sung Duk Mi’s private hobby will align with her work. She will meet her bias Cha Si An (played by ONE) with her boss Ryan at her side.

In the stills, Sung Duk Mi wears a lovely fitting cardigan and a long skirt that contrasts from her usual formal attire at work. Holding flowers in her arms and smiling from ear to ear, she almost looks like she is on her way to a date. 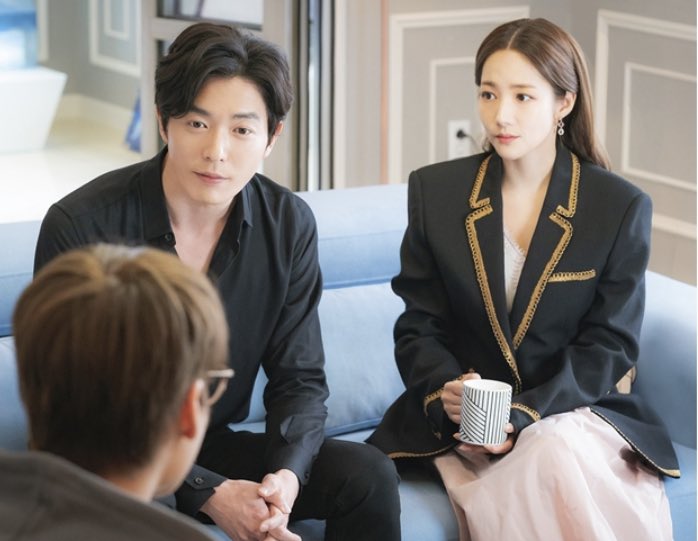 Other photos show Cha Si An greeting his guests in comfortable clothing. The usually stoic Ryan Gold smiles at him, causing Sung Duk Mi to glance at him strangely.

Watch the latest episode below while you wait!