“Abyss” is a drama about two childhood friends, Go Se Yeon and Cha Min (played by Park Bo Young and Ahn Hyo Seop), who are murdered and brought back to life by a magical stone called “Abyss.” Returned to life in completely different bodies, the two set out to find their killers.

Before Go Se Yeon was killed, she was a beautiful prosecutor (played by Kim Sa Rang) with men waiting on her hand and foot, while Cha Min was a wealthy heir and “visual terror” (played by Ahn Se Ha). In the new preview stills, taking place 10 years prior to the main events of the drama, Se Yeon passes by a throng of students waiting to give her flowers. Her friend Cha Min also waits expectantly with a bouquet of flowers, but it seems that she doesn’t stop for him, either. 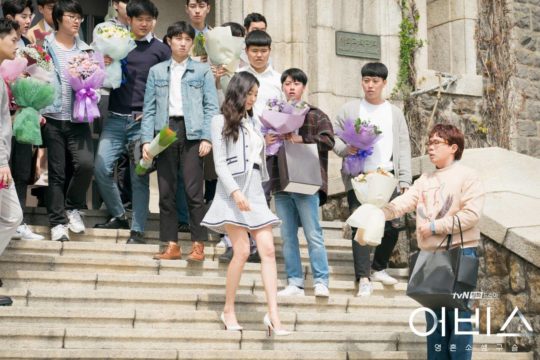 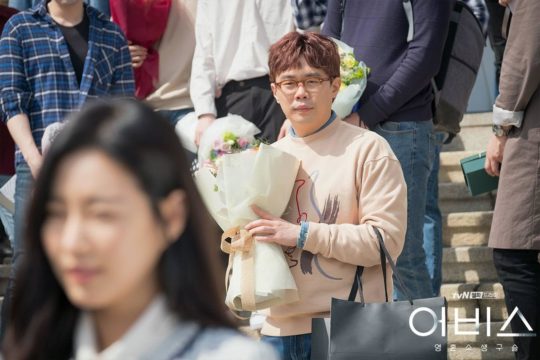 A source from the drama said, “This scene was actually filmed on a college campus in Sinchon. When Kim Sa Rang arrived, everyone was amazed at her goddess-like appearance. You can look forward to Kim Sa Rang, for whom time seems to flow backwards, and Ahn Se Ha, who enhanced his visuals with a wig.”

“Abyss” airs on May 6 at 9:30 p.m. KST. Watch the latest teaser video here, featuring cameos from Seo In Guk and Jung So Min from “The Smile Has Left Your Eyes“! 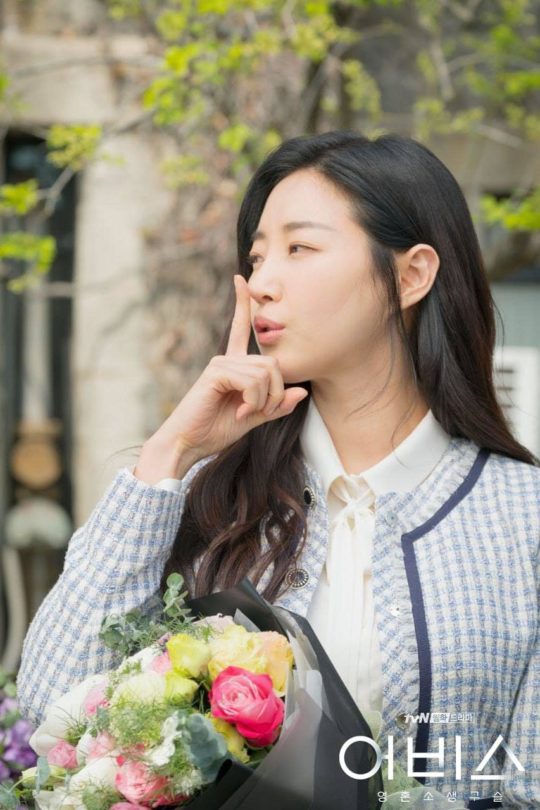