Ahead of the finale, Park Min Young and Kim Jae Wook chose their favorite scenes from tvN’s “Her Private Life.”

To relieve the sadness of viewers who are already sad that there are only two episodes left of seeing their favorite drama couple Sung Duk Mi (Park Min Young) and Ryan Gold (Kim Jae Wook), the two lead actors revealed their favorite scenes.

First off, Park Min Young chose the scene in episode four where Sung Duk Mi and Ryan Gold had to take photos while pretending to be a couple. The part where they had to pose very closely to each other increased the tension and made hearts flutter.

Concerning that scene, she said, “I remember the photo time when I pretended to be a couple with Ryan when [Duk Mi] was in danger of being revealed as a fangirl. I think it was an opportunity for Duk Mi and Ryan, who had been arguing and quarreling before, to feel some excitement for each other. The fun was multiplied thanks to the reaction of Lee Sun Joo (Park Jin Joo).” 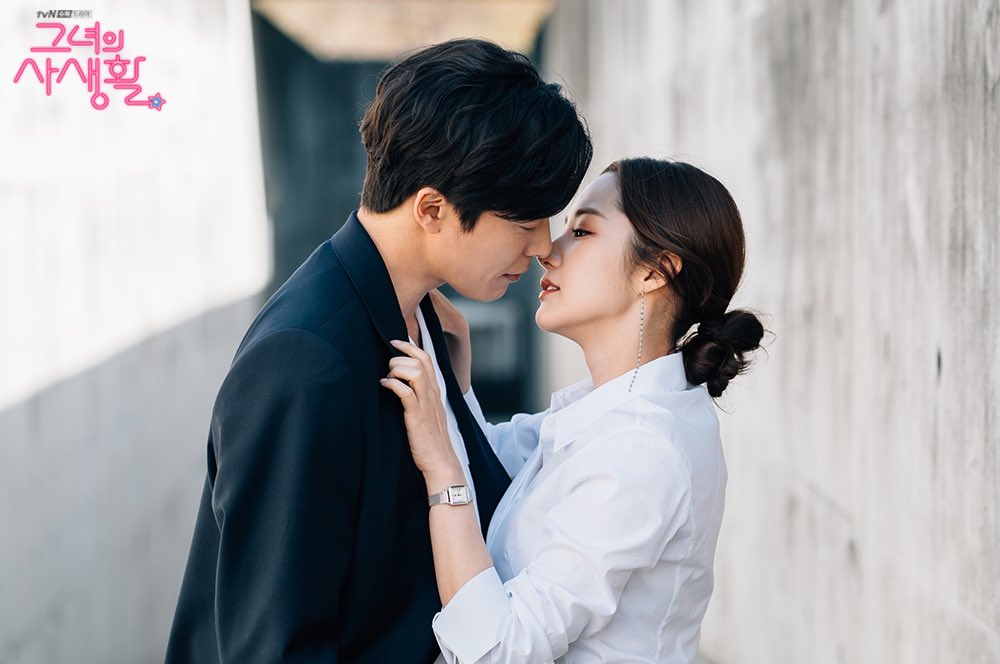 The actress also said one of her favorite moments was in episode 14 during the “silhouette model” scene. Ryan was unable to draw because of his trauma, so in order to help him, she became his model. Duk Mi asked Ryan to slowly follow her silhouette so he could draw again. Through this, Ryan gradually started to overcome his trauma.

Park Min Young explained, “The fact that Ryan couldn’t draw was heartbreaking, and the process of helping him slowly open his mind and overcome the trauma was very warm.” 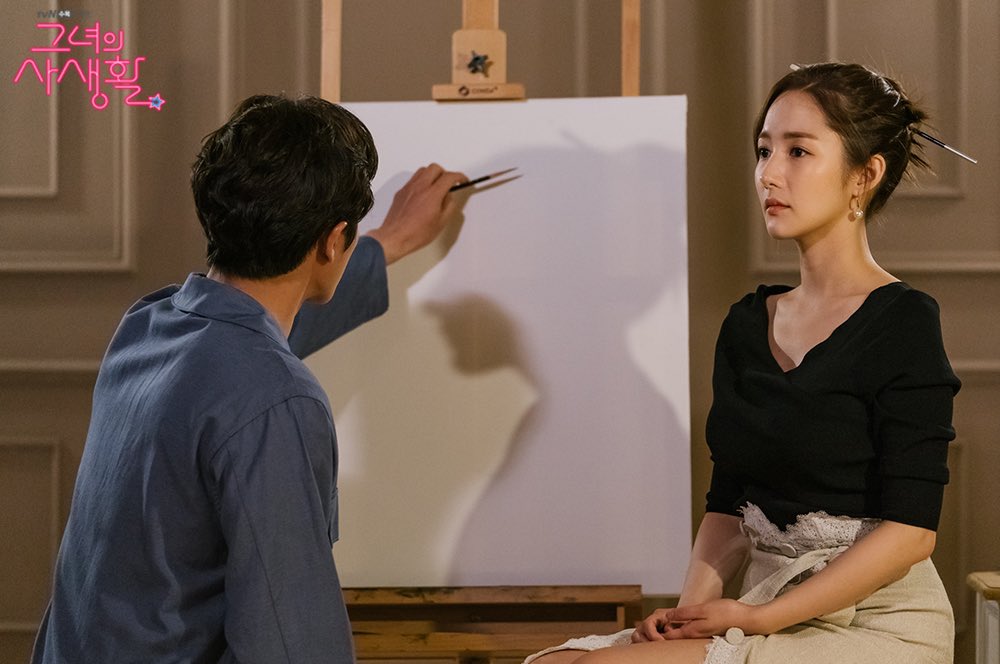 On the other hand, Kim Jae Wook chose a scene from episode five as one of his favorite moments. Ryan and Duk Mi had to spend the night at photographer No Suk’s home, and they conversed about late artist Yoon Tae Hwa’s photo. While talking, Kim Jae Wook became immersed in Duk Mi’s thoughts and gazed at her with warmth and affection. This scene was also a turning point in their relationship.

Kim Jae Wook said, “I thought it was beautiful that the two people who love art were in the process of communicating with each other and naturally feeling the emotions between a man and woman.” 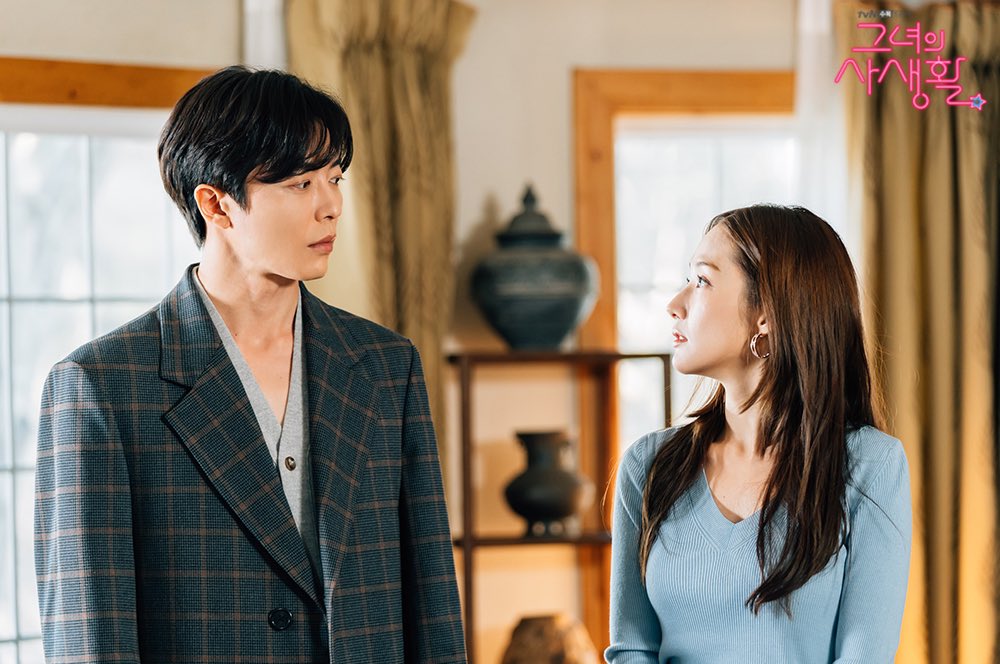 Lastly, the actor mentioned the tearful hug scene in episode 11. After a nightmare, Ryan went to see Duk Mi, and Duk Mi hugged him tightly after seeing his tears. The way Ryan silently cried in her embrace weighed heavily in the viewers’ hearts.

Kim Jae Wook shared, “It was a real and ideal way to express how much of a blessing and comfort it is to have a lover who understands and makes an effort to give love.” 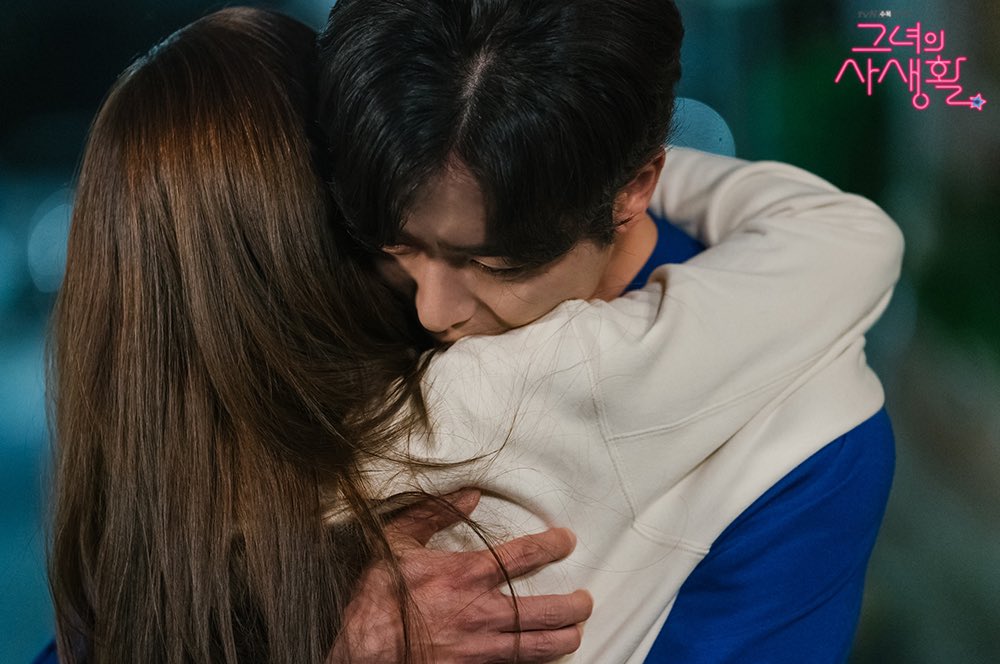 Catch up to the latest episode if you haven’t already!