When you’ve been watching K-dramas for a while, there are certain characteristics you come to expect from your male lead. Obviously, he has to be hot; that’s the law. It’s also pretty likely he will be rich. If he’s not rich, he’s probably talented at something — we’re talking genius level talent here. And if he’s hot, rich and/or talented, he’s almost certainly going to be full of himself!

In a world full of smarmy, charming flower boys who get away with murder, sometimes we just long for a man who can own his wrongdoings and humbly apologize for them. Y’know, an actual adult who can learn from his mistakes and sincerely change his ways. These unicorns do exist in Dramaland! You just have to know where to look for them. Here’s our pick of the ones who make us swoon when they say that magic word: “sorry.”

Oh, Lion. Not only do you have great taste in suits and practically perfect cheekbones, but you are also the epitome of #boyfriendgoals. We can understand why Ryan (Kim Jae Wook) got upset when Duk Mi (Park Min Young) poked around his apartment uninvited. She didn’t mean any harm, but she unwittingly got close to the core of his deepest issues, which would freak anybody out. 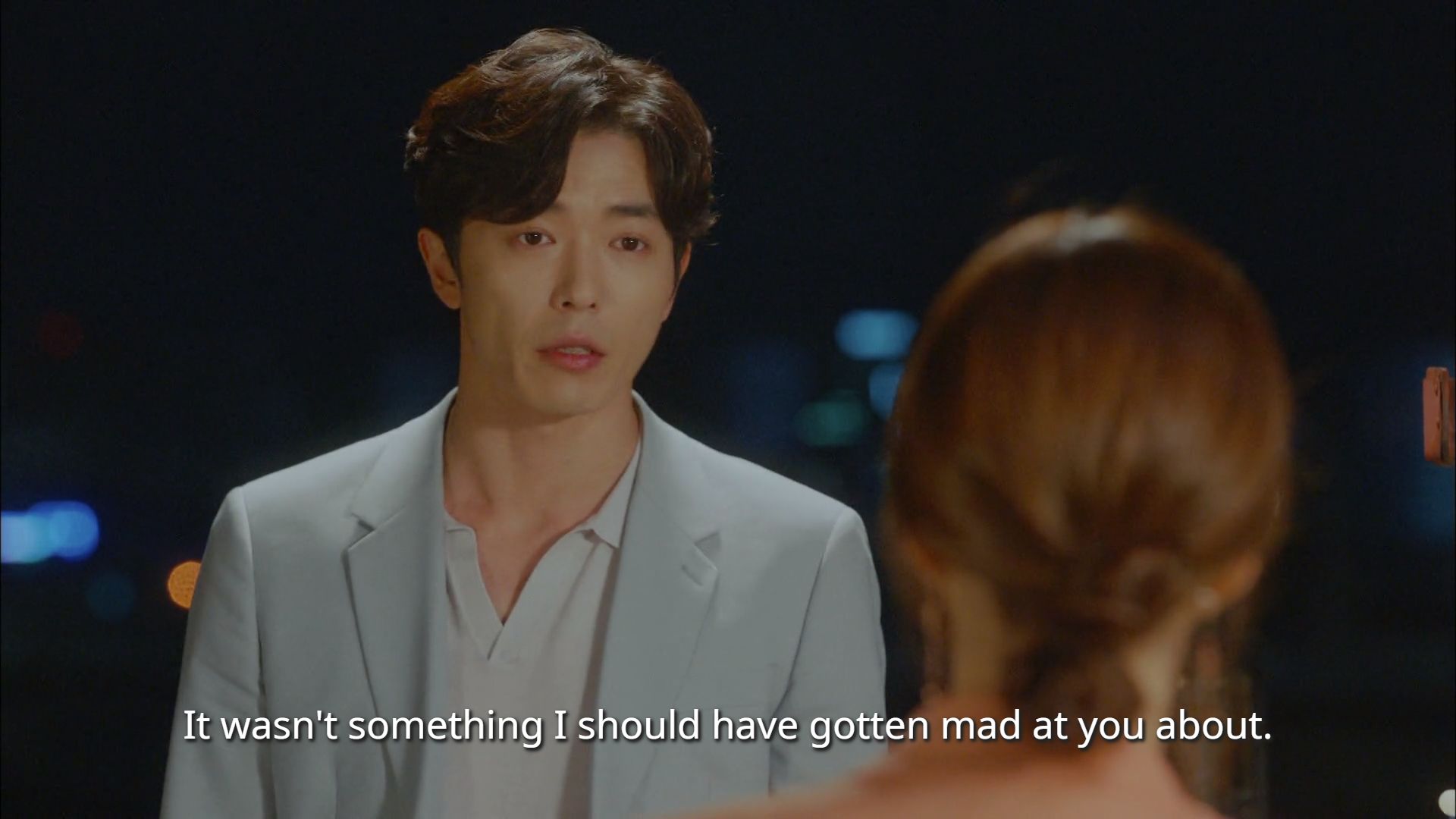 But after Ryan blows up, it takes about three seconds for him to realize he was wrong. He knows immediately that he was taking it out on Duk Mi when she didn’t deserve it. Some male leads might mumble an apology when they’re both back at the office, but not Ryan. He starts running like a crazy person and doesn’t stop until he finds Duk Mi and makes it right. The (almost) kiss that follows is the icing on the cake.

Check out the first episode of “Her Private Life”:

No one would say that Ji Wook (Ji Chang Wook) and Bong Hee (Nam Ji Hyun) have a chill, healthy relationship. They’re both pros at bottling up their feelings and misreading each other’s cues. One area in which they excel, however, is apologizing when they’re in the wrong. Ji Wook, in particular, is not one to hold on to his pride when Bong Hee is upset.

This is especially clear in the aftermath of Bong Hee confessing her feelings to Ji Wook. He’s too scared to admit he likes her back right away, but he can’t help revealing that he cares about her as more than just a colleague. That’s why he yells at her when he thinks she went to see a murder suspect alone. When he finds out that she did in fact wait for him, he’s quick to apologize and pulls her in for a heartfelt hug, which leads to a passionate kiss. Once they’ve both recovered, he’s quick to apologize again for being slow to realize his feelings. That’s how it’s done, Lawyer Noh! 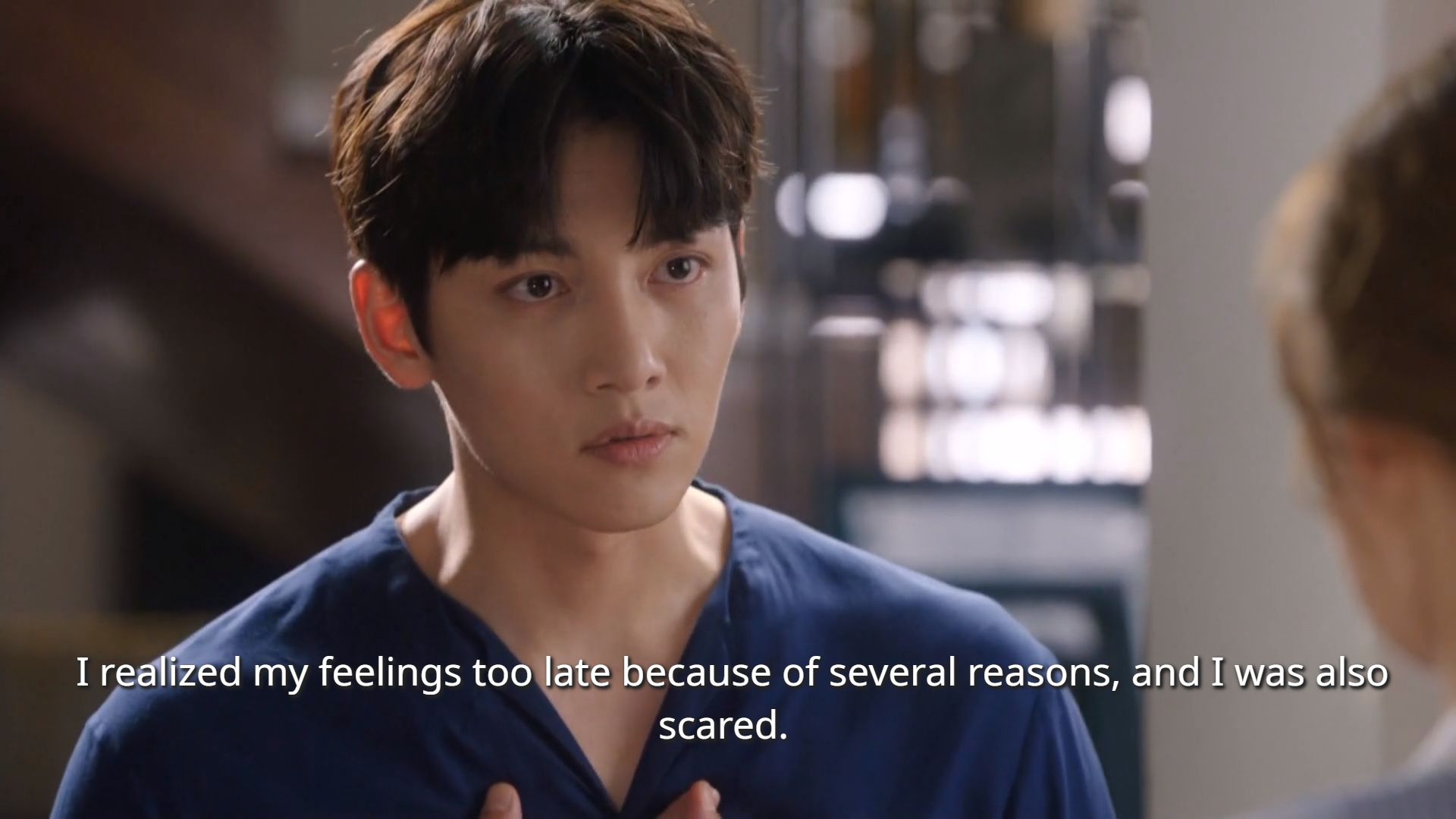 Check out the first episode of “Suspicious Partner”:

Wait, but Young Joon (Park Seo Joon) is perfect in every way! Why should he ever have to say sorry? Well, if you’re his secretary Mi So (Park Min Young), then he actually has a lot to answer for, especially since he’s hiding things from her that he can’t quite explain. But will he be able to bite the bullet and actually do it? 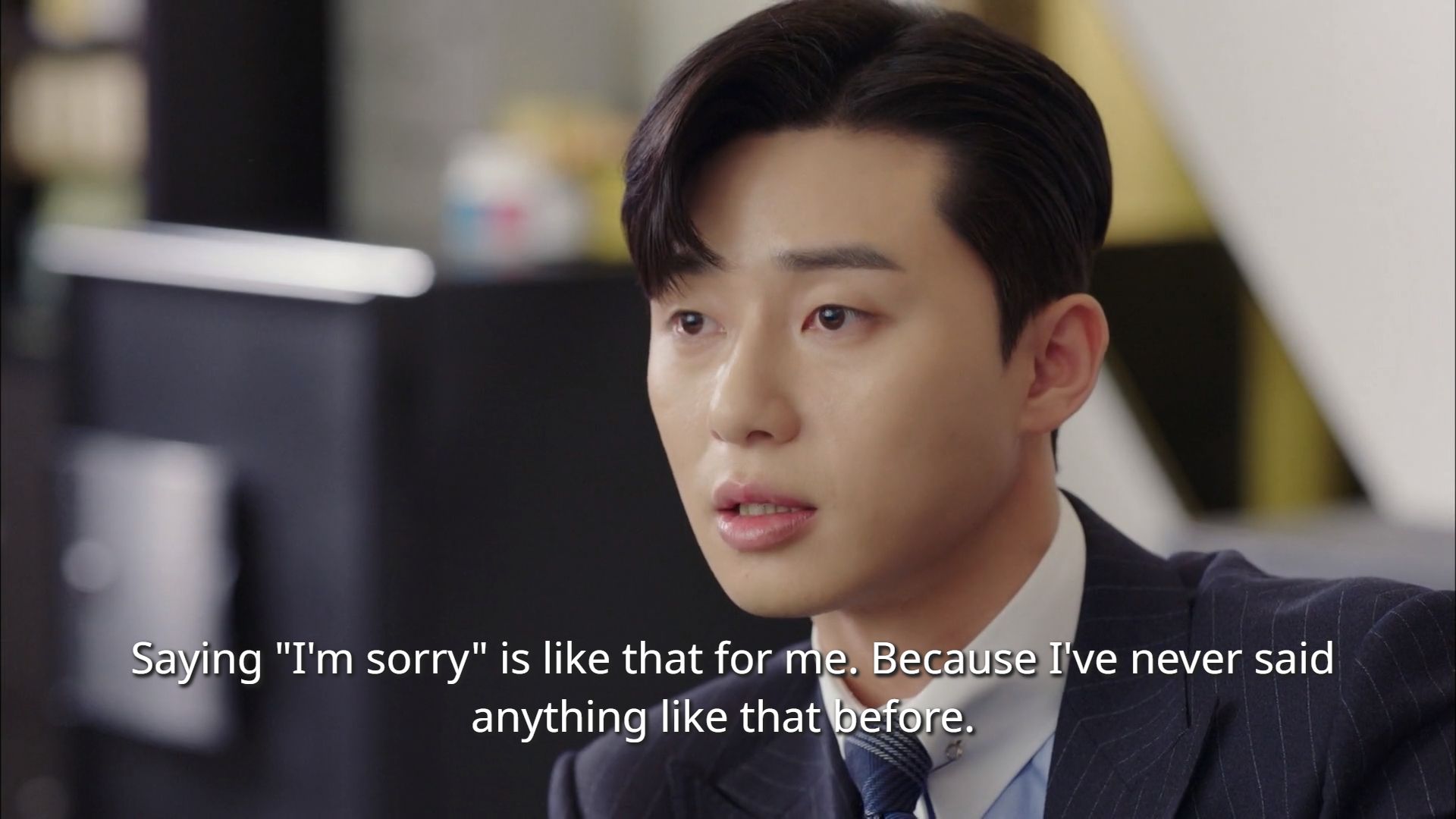 We’ve got to hand it to Young Joon for trying. Apologizing does not come easy to someone who has learned the words in Spanish but never in Korean. He even goes to his best buddy (Kang Ki Young) for advice on how to do it right. After several false starts and deleted text messages, he finally gets the words out. And wouldn’t you know, it actually becomes a huge turning point for Young Joon. From then on, he makes up for his mistakes with sincere words as well as grand gestures, and we love him so much more for it.

Check out the first episode of “What’s Wrong With Secretary Kim”:

We can’t help but feel bad for Jang Nara‘s character Kim Mi Young in “Fated to Love You.” She’s the sort of person who bends over backwards for everyone without expecting a word of thanks. Somehow this poor, sweet girl finds herself pregnant with the baby of Lee Gun (Jang Hyuk), a man she doesn’t even know!

You can’t blame Gun — the way she gets pregnant is seriously one of the weirdest plot lines ever. But you can blame Gun for how cold he is to Mi Young in the aftermath, rejecting her sincerity because he’s still hung up on his ex. It’s a big mistake that needs a lot of making up for, and luckily Gun comes through. He whisks his lady away from the judgmental glares of society dames and dances with her under the stars as he apologizes for keeping her at arm’s length. It’s a perfect romantic moment, made better by the real, lasting change in our leading man. 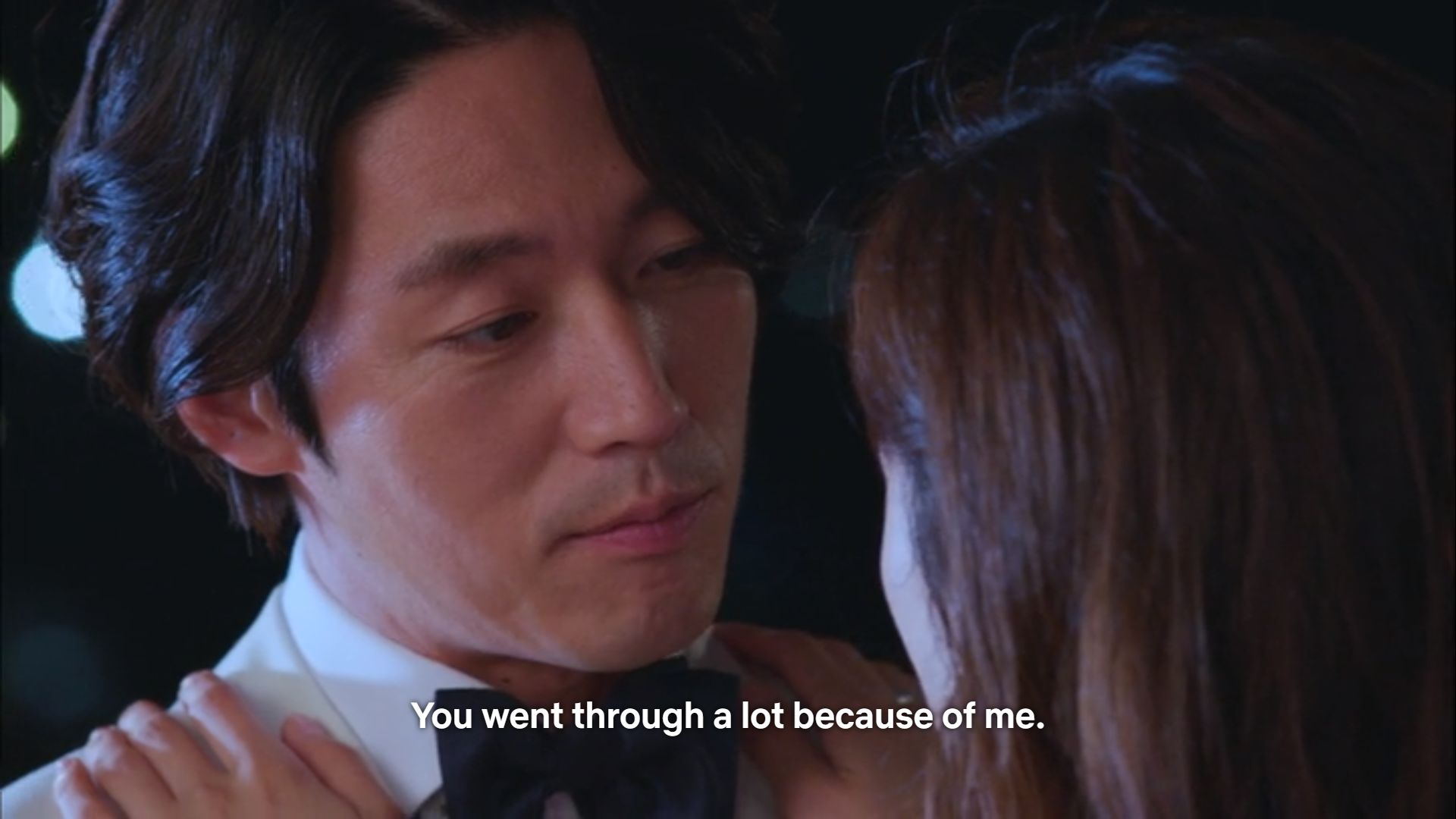 Check out the first episode of “Fated to Love You”:

Ha Seon (Yeo Jin Goo) is a good, decent man in a truly bizarre situation. Blessed (or cursed?) with a face exactly like the king’s, he’s forced to keep the throne warm while the real king (also Yeo Jin Goo) goes around doing drugs in the mountains or something. Ha Seon didn’t choose his fate, but as time goes on, he plays an increasingly active role in keeping up the pretense.

This is not great for the queen (Lee Se Young), who’s falling harder for her presumed husband by the day. Ha Seon is falling in love with her too, which is why it hurts so bad when she finally finds out he’s been keeping something so huge from her. Yes, it was a life or death situation, but this is true love we’re talking about! Ha Seon was wrong to lie, and he knows it. And as a good, decent man, he knows he has to take full responsibility — even if it means dying for the woman he loves. 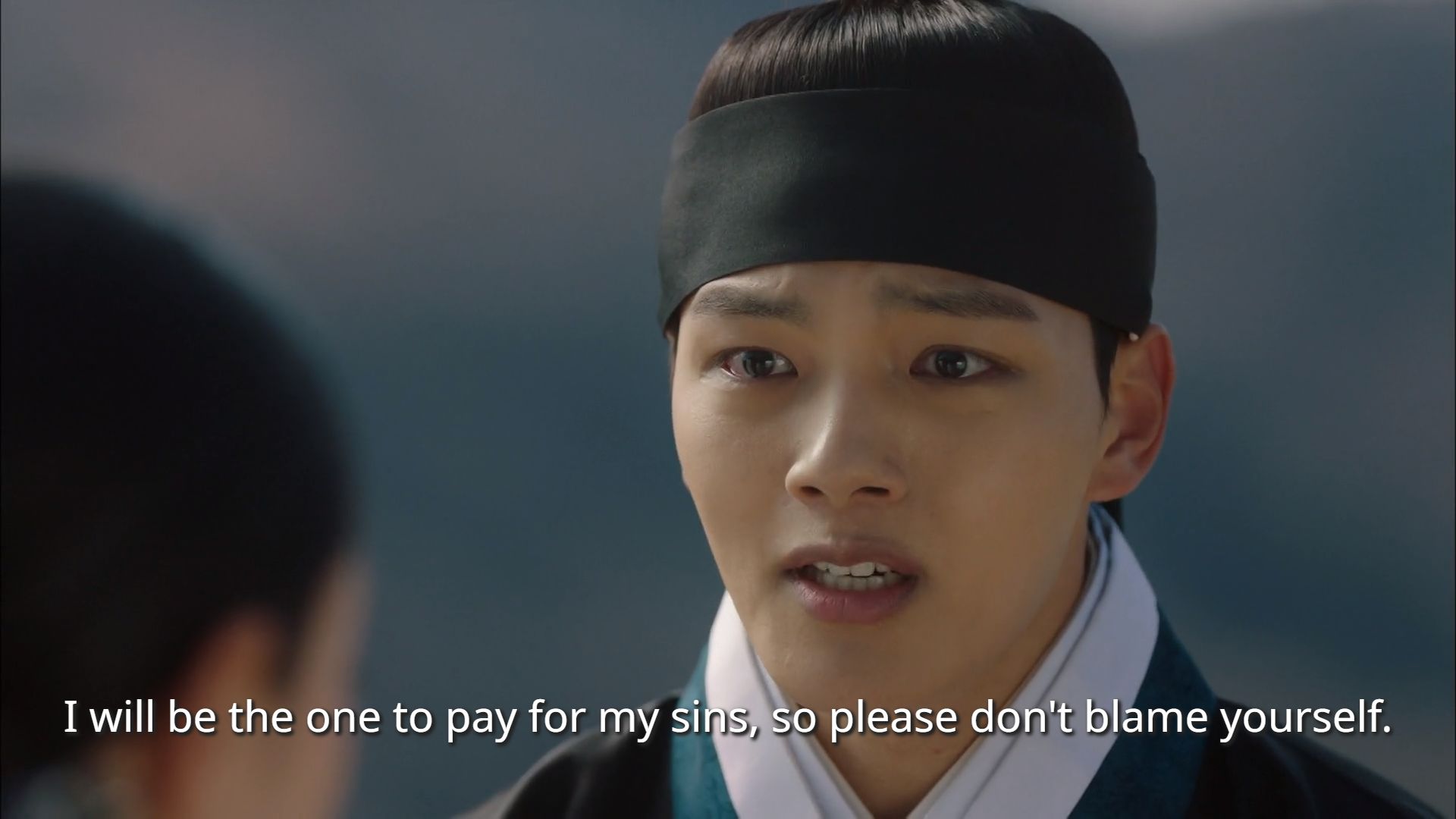 Check out the first episode of “The Crowned Clown”:

Cha Do Hyun (Ji Sung) probably says “I’m sorry” more than any other man on this list. In fact, he says it so often it’s getting to be a problem. Do Hyun’s apologetic nature stems from his multiple identities. They take over his mind one by one, and then he comes back to face the havoc they’ve wreaked. The worst part is that he can’t even tell anyone about his affliction. He just silently shoulders the blame when it’s not even his fault.

In “Kill Me Heal Me,” Do Hyun reveals his essential goodness through his willingness to apologize and take responsibility. That’s what has us rooting for him so hard. We just want him to love himself as much as we and Ri Jin (Hwang Jung Eum) love him. So when he finally stops saying sorry and starts believing in himself, it’s a wonderful moment for all of us. 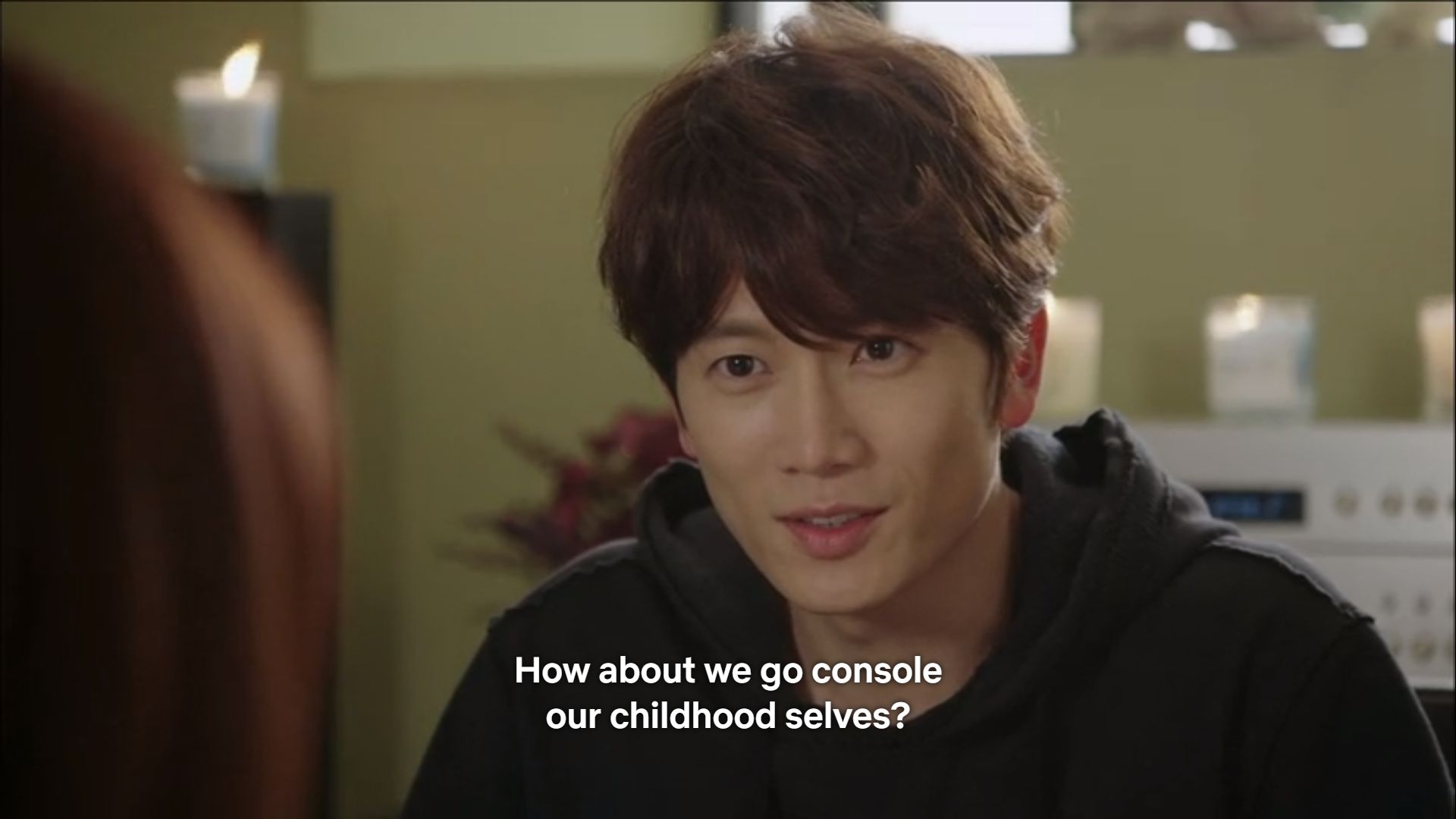 Check out the first episode of “Kill Me Heal Me”:

This is one male lead who learns how to truly apologize the hard way. Do Kyung (Eric) starts off as classically cold and aloof. He’s a perfectionist at work who spends his downtime listening to the grass grow as he remembers his lost love. It’s a shock to his system when he meets Hae Young (Seo Hyun Jin), a woman with no filter who wears her heart on her sleeve.

In classic cold male lead fashion, Do Kyung spends a lot of time denying his attraction to Hae Young. Even once he knows it, he still wavers back and forth out of fear and confusion. He does apologize for it again and again, but the words feel hollow. Do Kyung knows how to say the word “sorry,” but he doesn’t know how to make himself vulnerable. It’s no wonder Hae Young is always afraid his mind will change. It’s only when Do Kyung starts putting his heart on the line and fighting to keep his love that his words start to feel real, and it takes a hospital visit to get him there. 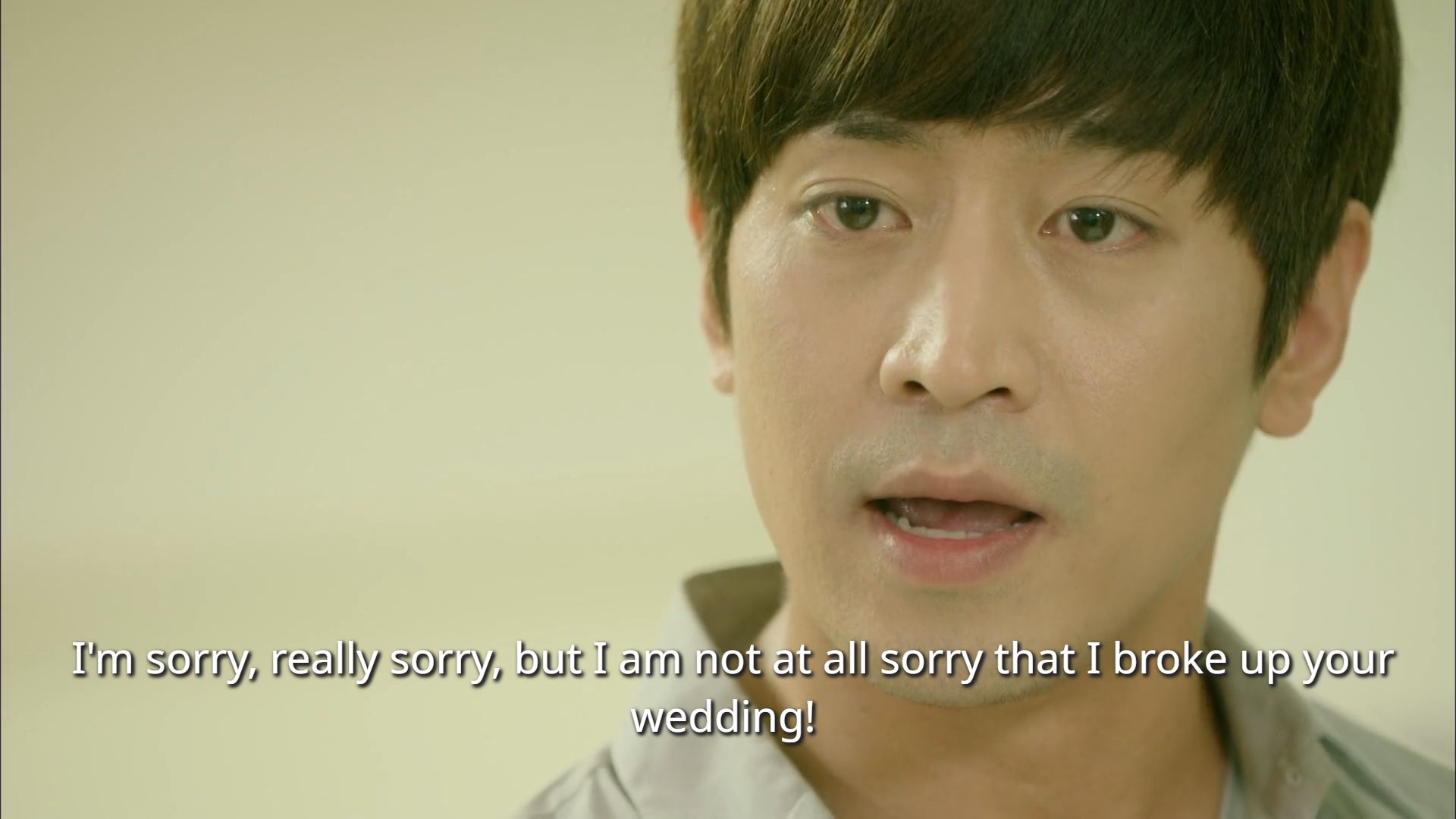 Check out the first episode of “Oh Hae Young Again”:

Whose apology would you gladly accept? Let us know in the comments below!

Azra_A spends most of her waking hours waiting patiently for 2PM’s next comeback (roll on 2021!). She relies on sheet masks and weird ice cream flavors to help her endure (cucumber is great, ceylon is better). When she’s not watching the comeback clock, you’ll find her on Instagram.