ZE:A’s Park Hyung Sik was surprised to meet one of the staff of “Real Men” on his way to enlist in the military!

When he exited his van, he was greeted by the director of photography that he worked with back when he appeared on “Real Men.” The show features celebrities taking on the experience of military life, and Park Hyung Sik appeared on the program from 2013 to 2014. He became affectionally known as “the baby soldier” on the show and gained many fans for his adorable innocence and determination.

As he enlisted for real this time, Park Hyung Sik immediately recognized the director at the training center, and reached out to greet him. “I’ll come back safely!” he told everyone. 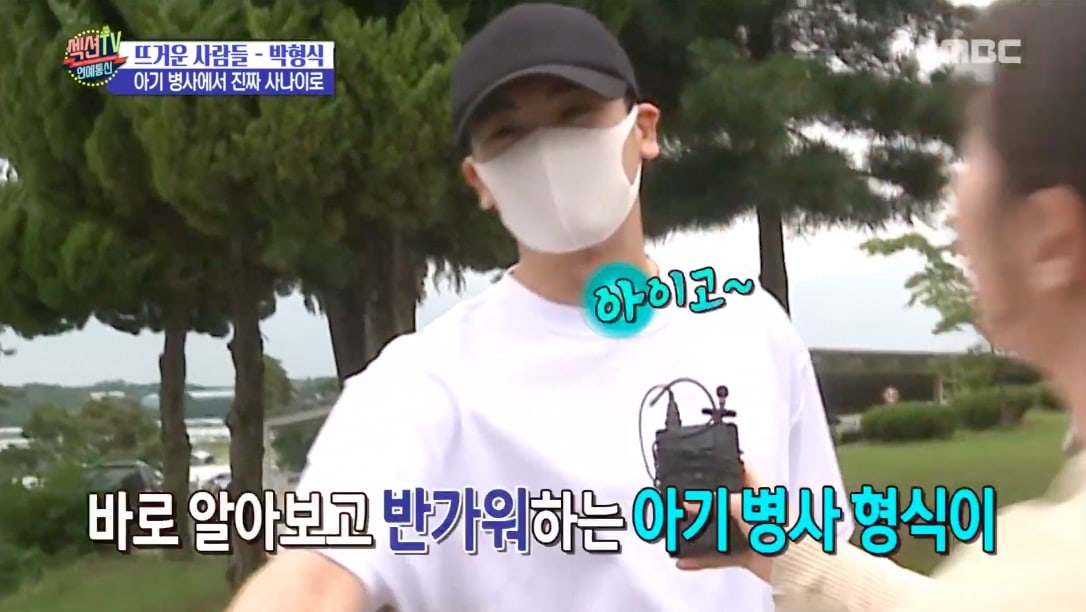 The director joined him as he walked to the center, and he joked, “You’re really going this time.” Park Hyung Sik laughed and said to him, “Yes, have you been well?”

When asked how it felt to be going to the military, Park Hyung Sik replied that it seems like it will be different than “Real Men.” The director suggested that Park Hyung Sik will be able to do better than others, and Park Hyung Sik said, “I’ll work hard!”

He then thanked “Section TV” viewers and added, “Don’t worry, thank you!”

Park Hyung Sik will receive basic military training for five weeks before serving as an active duty soldier in the military police department of the Capital Defense Command.