“Moments of 18” is the new high school K-drama starring Ong Seong Wu and Kim Hyang Gi. The series had set the expectation bar pretty high with all the posters, teasers, and trailers, but I was all here for it, mainly because it would be Ong Seong Wu’s debut in a K-drama. Here are five reasons why the premiere of “Moments of 18” was totally worth the wait.

Warning: Minor spoilers for the premiere episodes ahead.

If you were like me, you’ve been waiting for Ong Seong Wu to make his K-drama debut. Even before he was on “Produce 101 Season 2,” Ong Seong Wu was on the project short film, “Beginning.” Remember how amazing he was in it? It was seriously just a matter of time before he would appear on the small screen. We’re just lucky his first time happens to be in a starring role. It goes to show how talented he is!

Choi Joon Woo, the sensitive soul that Ong Seong Wu plays, is a bit different from the male leads we’re used to these days. Instead of being the arrogant chaebol K-drama trope that we’ve been seeing a lot of, Choi Joon Woo is a character who considers himself a “nobody” and would rather run away from problems than face them.

He’s lonely and broken, but a character people can relate to and root for. There were already some pretty emotional scenes and even some tears shed in the premiere; Ong Seong Wu is definitely not letting us down with his acting!

Kim Hyang Gi has grown up right before our eyes. As a child actor, Kim Hyang Gi has been in so many K-dramas and movies that it’s hard to believe that she’s in a mature starring role. I was looking forward to seeing her, and the fact that it’s alongside Ong Seong Wu made it all the more exciting!

Kim Hyang Gi as Yoo Soo Bin in this drama is just too adorable for words. She is the perfect actress to play that first love type character in a coming-of-age story. She exudes a pure and innocent charm that is sure to woo a character like Joon Woo. I’m looking forward to seeing her shine in this role! 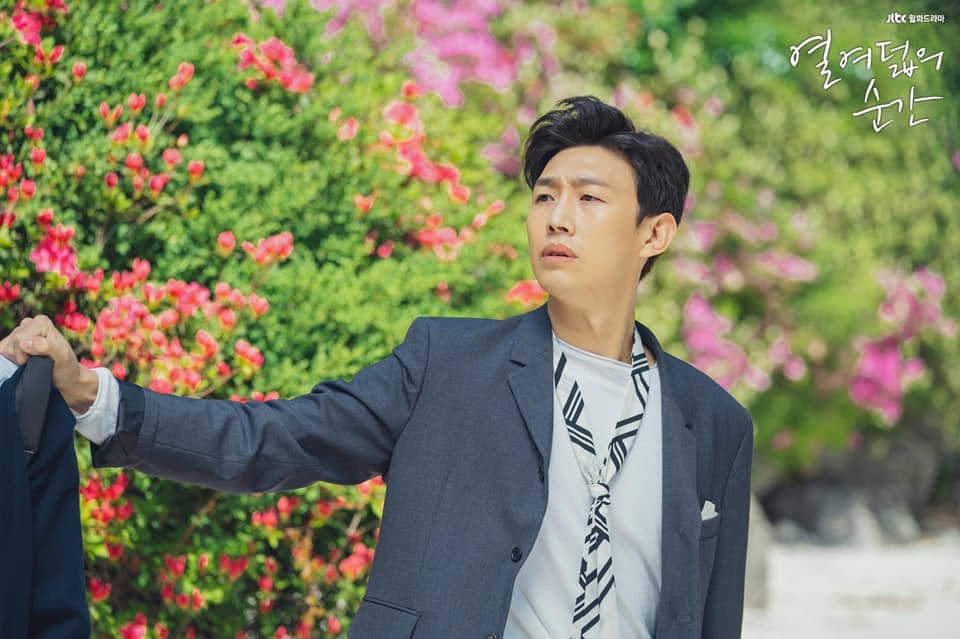 Oh Han Kyul, played by Kang Ki Young, is really hilarious in this role as the aloof teacher’s assistant. His character is so necessary in this series, mainly because there aren’t too many people who are supportive of Joon Woo. It’s always so heartwarming to see a teacher believe in their students and support them. The way Joon Woo feels alone is something that’s relatable to many, so to see that he has a teacher who thinks more of him, especially when no one else would, is heartwarming.

It’s also hilarious to see Oh Han Kyul chase Joon Woo around the school and continually telling him to stop running away. We love you, Oh Han Kyul teacher!

From the first 30 seconds of the first episode, the upbeat background music had me totally hooked. There weren’t even any vocals, but it somehow still managed to capture my attention. As the series progressed, I was surprised to hear even more catchy melodies helping move with the emotions of the story.

In the second episode, there is a moment where Joon Woo goes to see the father who left him and his mother when he was young. He meets him face to face but his father fails to recognize him, which leaves Joon Woo heartbroken. What really completed the scene was this the beautiful OST that so perfectly embodied the thoughts and feelings of Joon Woo. Here’s the song:

5. The emotion-filled ending of Episode 2

With almost the entire school chastising Joon Woo and making him into a thief, Joon Woo decides to transfer schools. But after he talks with his mom and realizes that she didn’t run away from him even though she got pregnant when she was young, he decides to face his problems.

At the end of the episode, Joon Woo returns to school and the entire class is totally shook. With the slow-motion and background music, it was pretty dramatic but pretty darn perfect. I look forward to seeing Joon Woo stick up for himself!

Hey Soompiers, how did you like the premiere of “Moments of 18”? Let me know in the comments below!

Catch the first episode of “Moments of 18” here:

Currently watching: “One Spring Night,” “Moments of 18,” and “Hotel Del Luna”
All-time favorite dramas: “Secret Garden,” “Goblin,” “Because This Is My First Life,” “Star In My Heart”
Looking forward to: Won Bin‘s return to the small screen