With new, even creepier ghosts and ghouls than ever before, tvN’s “Hotel Del Luna” definitely showed us its scarier side this week — but in addition to flexing its horror muscle, the drama also brought us more charming moments in the comedy and romance departments in its third week. From touching stories and blossoming romances to cute banter and funny encounters, here are all the ways “Hotel Del Luna” left us charmed after Episodes 5 and 6!

Warning: some spoilers for “Hotel Del Luna” Episodes 5 and 6 below.

We might as well get this out of the way first, because it goes without saying that Jang Man Wol’s (IU) outfits have been consistently to-die-for throughout this drama. But this week gave us the added treat of seeing Man Wol in a variety of new and equally stunning costumes: hanbok, old-fashioned wedding robes, and even an Audrey Hepburn-inspired look.

High-schooler semi-ghost Kim Yoo Na (gugudan’s Kang Mina) seems to be forming quite the crush on Ji Hyun Joong (Block B’s P.O), and we can’t help but smile at their shy flirting.

But also gave us a flashback into Hyun Joong’s past life. A cheery ghost he may seem, but we know he must have some tragic history that Yoo Na can help draw out and soothe!

3. The banter between Man Wol and Chan Sung

Man Wol and Goo Chan Sung (Yeo Jin Goo) get cuter and funnier together every week. Their growing feelings for each other, in combination with their personality differences, cause them to bicker over everything, like when Chan Sung tries to convince Man Wol to stop spending so much of other people’s money on her lavish lifestyle:

4. When the drama made fun of itself

There’s something particularly funny about a drama that can make inside jokes about itself, and “Hotel Del Luna” is a pro at this game. When the hotel staff mistakes the ghost of an actor in kingly robes for an actual king, “Hotel Del Luna” plays it up, not only making a pun on Yeo Jin Goo’s own drama “The Crowned Clown“…

But also poking fun at Yeo Jin Goo himself!

Something tells us he wouldn’t be too terrible!

“Hotel Del Luna” continues to utilize its many ghostly hotel guests to weave in touching stories in a beautiful way. This week, we were especially moved by the story of the ghost bride who died unmarried, but whose connection to her hospitalized boyfriend was keeping him in a coma. Rather than wed him in a ghostly way that would take him down to the afterlife with her, the woman bravely decides to move on alone, allowing him to live and be happy. 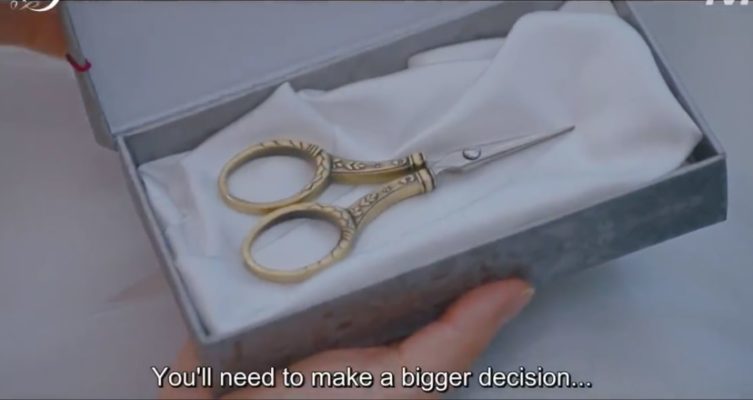 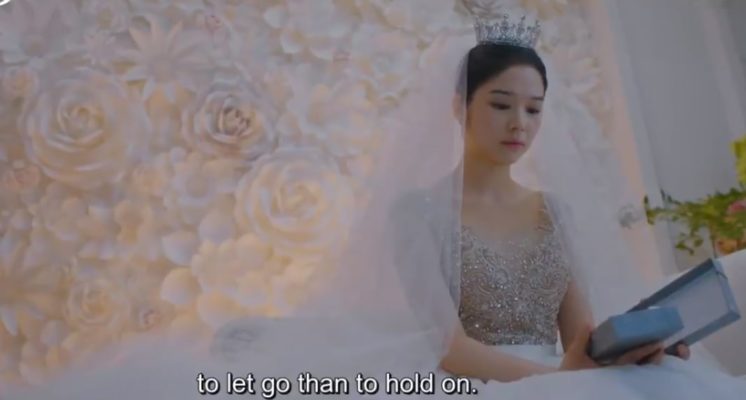 Man Wol’s obsession with comedian Kim Joon Hyun (have you seen how many dumplings he can eat in one bite?!) has been going on since the very beginning of the drama, but we finally came face to face with the legend himself this week, when Chan Sung chased him down to sweetly get his autograph for Man Wol. Not only was this an awesome cameo by Kim Joon Hyun (the second one this week, shout out to Lee Yi Kyung!) but Chan Sung’s earnestness is downright precious here: 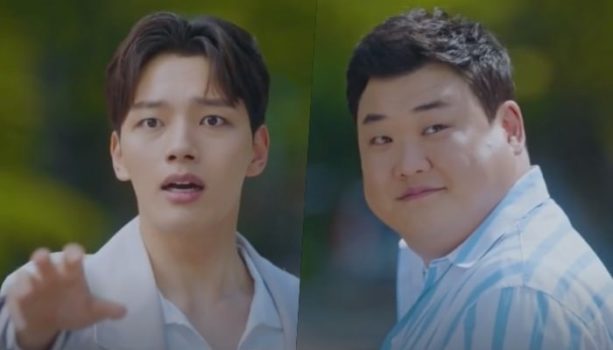 “Hotel Del Luna” has especially charmed us by crafting an incredibly creative magical world, and one of the ways it does this is through these three sisters (all played by Seo Yi Sook), who are some kind of mysterious divine figures — is anyone else reminded of the Three Fates from Greek Mythology? In any case, the trio is delightfully peculiar and engaging, and Seo Yi Sook does a fantastic job bringing all three personalities to life!

As we learn more about Man Wol’s history, we uncover even more similarities between her past romance with Go Chung Myung (Lee Do Hyun) and her present relationship with Chan Sung, with pairs of scenes in which past mirrors present.

It’s predictable, it’s reliable, it’s near and dear to our hearts: we know we can always count on Subway to make a K-drama appearance. There’s a special charm in familiarity!

Hey Soompiers, are you watching “Hotel Del Luna”? What did you think of this week’s episodes? Let’s discuss in the comments!