Ladies and gentlemen, boys and girls, I give you X1!

The newly minted 11-member boy group is now signed under Swing Entertainment (which also housed their seniors, Wanna One). X1 has a five-year contract with the label: an exclusive contract for the first two and a half years, and a non-exclusive one for the next two and a half years (meaning the members are allowed to simultaneously promote with their original labels).

With the amount of buzz “Produce X 101” generated throughout its season and given how well the prior “Produce” project groups did-slash-are-doing, there is no doubt X1 will make a similarly big splash when they officially debut on August 27, with a debut showcase at Gocheok Sky Dome.

If you’re someone who hasn’t been keeping up with “Produce X 101” (hereafter “PDX101”), or if you’re just curious about this X1 group that has been popping up on K-entertainment sites everywhere, then this article is just what you need! Here’s a little entry-level introduction to the 11 members of X1, in order of their age: 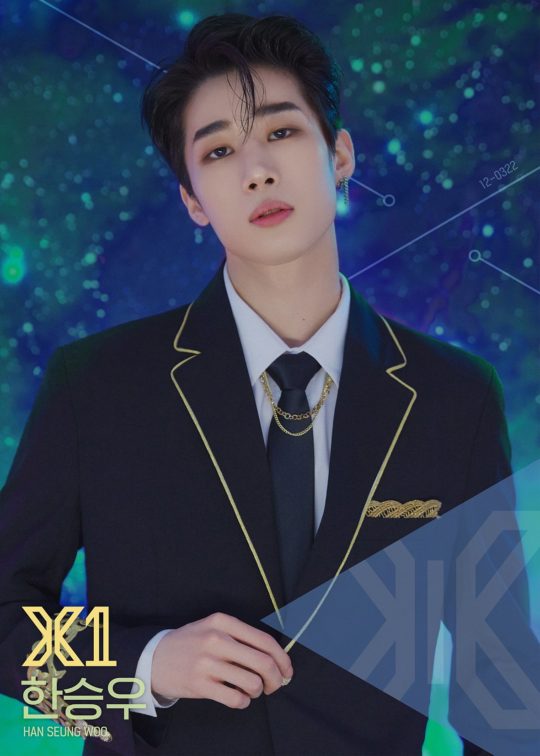 Before “PDX101”: Han Seung Woo is the younger brother of Secret’s Han Sun Hwa. He is also the leader of idol group VICTON, which debuted on November 9, 2016. Since their debut, VICTON has released four EPs and a single album, “Time of Sorrow,” and has been continuously promoting up till 2018.

Han Seung Woo’s individual cam for “Me After You”

During “PDX101”: For the Grade Level Evaluation, Han Seung Woo is the only X1 member to be allocated to Grade A and maintain the grade after re-evaluation. His following evaluation performances included “Boss,” “Me After You” (placed first), “U GOT IT,” and “To My World.” He drew attention on the show for his father-son relationship with Son Dong Pyo, as well as his killer vocals and natural leadership skills. Seung Woo is also one of only two members whose ranking rose and never dropped during the show. 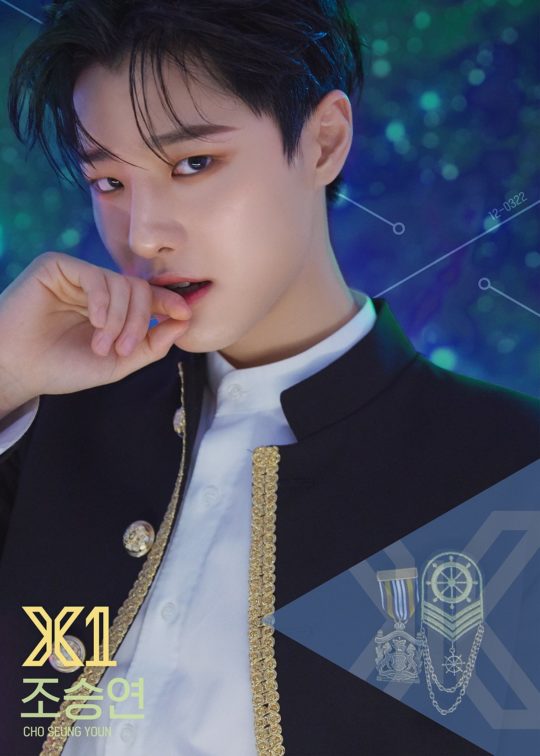 Before “PDX101”: Cho Seung Youn debuted with South Korean-Chinese boy group UNIQ with the song “Falling in Love,” and continued to release music until mid-2018. He promoted as a solo rapper under the name Luizy in 2016 (later changed to WOODZ) and has collaborated with fellow idols such as BTOB’s Im Hyunsik and Highlight’s Lee Gikwang. He is also a member of the crew M.O.L.A. and has appeared on “Show Me The Money 5.”

During “PDX101”: Cho Seung Youn has proven himself to be an all-rounder in terms of talents, thus successfully winning over the viewers’ votes. He was also well-liked for his cheerful personality, and became a source of energy for the other trainees during long hours of practice. Hence, it was not a surprise when the other trainees voted him as No. 2 for their own personal “1-pick.” Other than Han Seung Woo, Seung Youn is the only other member whose ranking never fell. He was allocated to (then stayed in) Grade B, and his latter performances included “Love Shot,” “Say Yes Or No,” “MOVE” (placed first), and “To My World.” 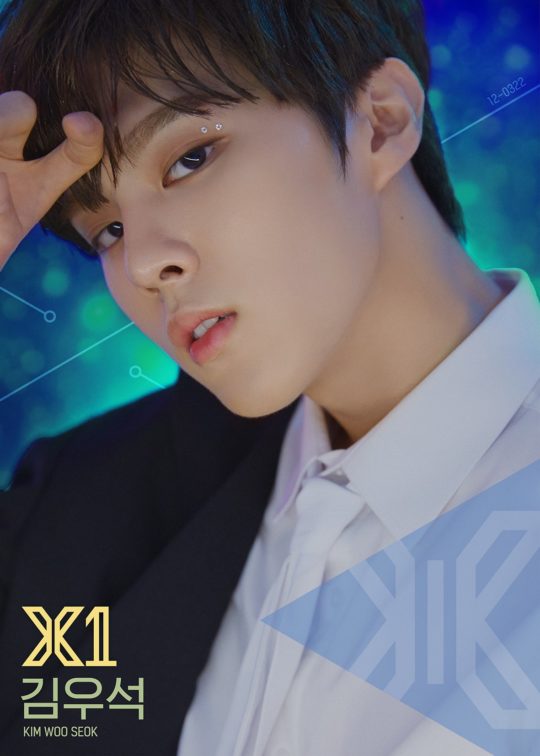 Before “PDX101”: Kim Woo Seok debuted in UP10TION in September 2015 under the stage name Wooshin. The group’s most recent release was in December 2018, with their seventh mini-album “Laberinto.” UP10TION has been nominated for many Newcomer/Rookie awards, including Soompi’s own Rookie of the Year award in 2015. Kim Woo Seok himself was also the MC for music program “The Show” alongside “Produce” alumni Jeon Somi.

During “PDX101”: Kim Woo Seok was promoted from Grade B to A after the re-evaluations. He has been well-loved by the public since the very beginning, and is one of three X1 members whose ranking never fell out of the Top 10. He was also chosen as the second most handsome trainee by the other trainees. Woo Seok’s performance in “Love Shot” for the Group X Battle was especially memorable, and allowed him to place first in his group. His subsequent performances include “To My Youth,” U GOT IT,” and “Boyness.” 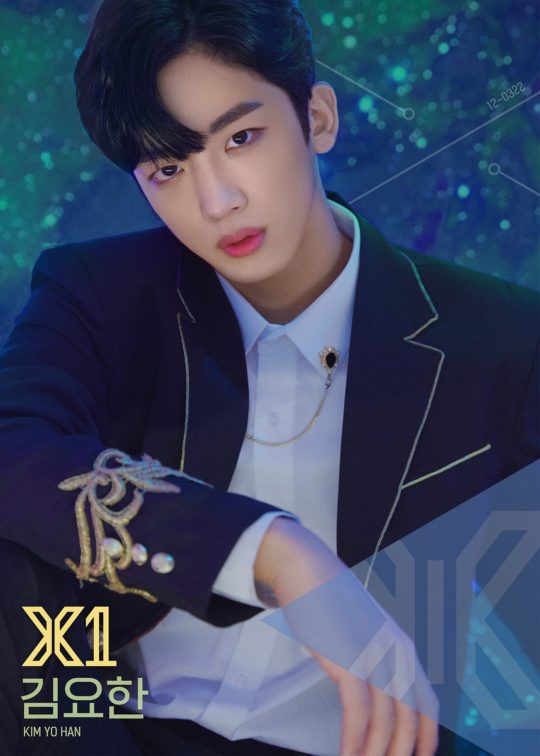 Before “PDX101”: Kim Yo Han has been a Taekwondo athlete for the past 13 years, winning two national championships and even earning a university scholarship. Despite his success, Yo Han decided to give his other dream of being an idol a shot. He signed on with OUI Entertainment and applied to join “Produce X 101” with only three months of idol training under his belt.

Kim Yo Han’s individual cam for “U GOT IT”

During “PDX101”: Kim Yo Han wowed the trainers with his easy-going charm during the Grade level evaluations. National Representative Lee Dong Wook especially saw something special in him, and advocated for him to be placed in Grade A. This faith in his potential was well-placed, as Yo Han managed to win over the viewers right away. Throughout the season his ranking never fell out of the Top 10, with No. 5 being his lowest rank. Although originally holding a vocal position, he also demonstrated his natural rapping abilities on many occasions. Yo Han’s performances on the show included “Boss” (placed first), “Me After You,” “U GOT IT” (placed first), and “To My World.” 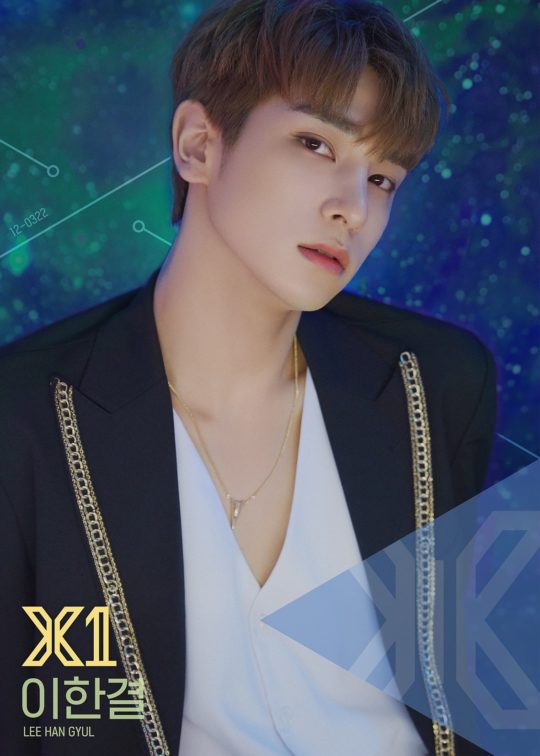 Before “PDX101”: Prior to “Produce X 101,” Lee Han Gyul participated in the idol rebooting program “The Unit” and finished at rank No. 13. Despite not making the debut group, he featured in UNB’s “Black Heart” promotions in 2018 along with a few other eliminated trainees. He is also a member of the quartet group IM, which debuted in 2017 with the single “Sad Story.” Han Gyul also worked as a backup dancer for other MBK labelmates, such as Shannon and T-ara’s Jiyeon.

During “PDX101”: During the show, Lee Han Gyul was often grouped with the younger contestants and the contrast between their looks (mature vs. boyish) became a point of good-natured teasing. He has consistently displayed his dance skills, and cemented himself as one of the stronger dancers on the show. His evaluation performances include “Love Shot,” “Finesse” (placed first), “MOVE,” and “Boyness.” Out of the 20 finalists, Lee Han Gyul’s ranking shot up the most, having jumped up nine spots and into No. 7. 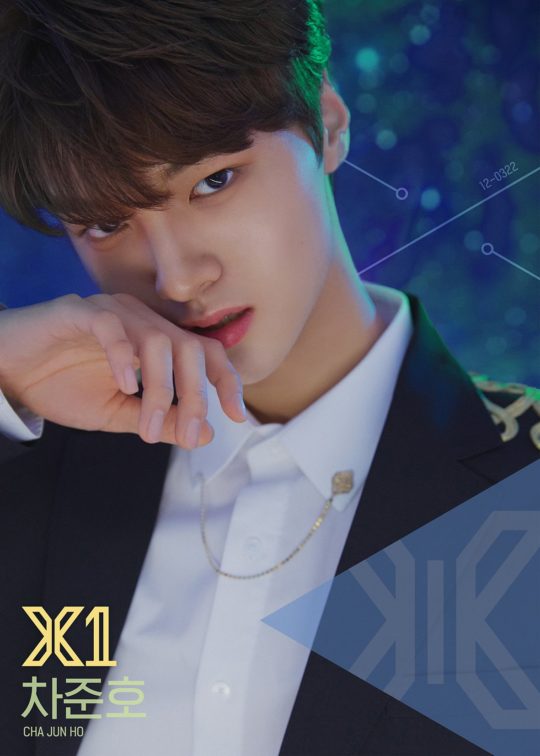 Before “PDX101”: Cha Jun Ho has trained for a year and three months prior to the show. Even during his trainee days, he drew a lot of attention for his good looks and resemblance to his labelmate, INFINITE’s L.

During “PDX101”: Due to Cha Jun Ho’s introverted personality, viewers joked that he behaved like a robot. This was a running joke throughout the series, with Jun Ho’s bestie Kim Yo Han arguing that he was indeed a human and helping him break out of his shell. For their own internal rankings, Jun Ho was ranked No. 7 as the trainees’ “1-pick,” and No. 4 for their visual rankings. His evaluation performances include “Boss,” “Me After You,” “U GOT IT,” and “To My World.” 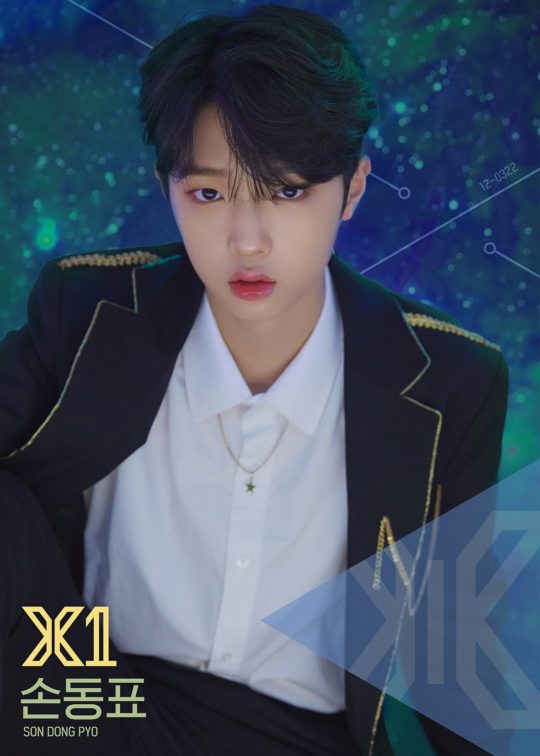 Before “PDX101”: Son Dong Pyo trained for a year and five months prior to the show.

During “PDX101”: Son Dong Pyo was selected as the show’s first center for the title song “X1-MA.” When his ranking dropped out of the Top 10 in the latter weeks, he mentioned on camera that he was under a lot of pressure as the first centers for the previous seasons had all made it into the debut group and he was worried about breaking the trend. When choosing the trainees’ own “1-pick,” Dong Pyo tied for fifth place along with Lee Eun Sang. His evaluation performances include “Boss,” “Believer,” “Pretty Girl,” and “Boyness.” 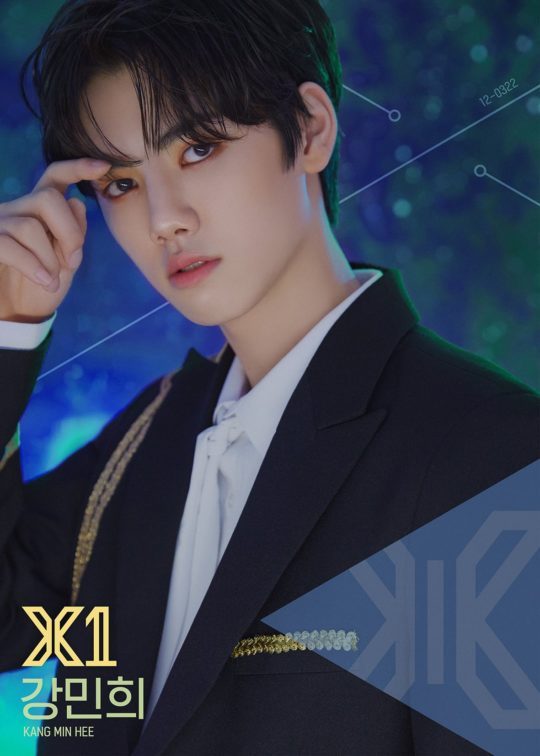 Before “PDX101”: Along with fellow Starship trainee An Yu Jin (now promoting with IZ*ONE), Kang Min Hee appeared in Mad Clown and Ailee’s music video “Thirst.” He was in training for a year and nine months before joining “Produce X 101.”

During “PDX101”: Kang Min Hee was one of two X1 members who started out in Grade X, then promoted to Grade D after re-evaluations. Though initially he received less attention than the other Starship trainees, he was able to turn the tide around after nabbing the main vocal position for “Pretty Girl” and successfully showing off his charms. His other performances include “MAMA,” “Finesse,” and “Boyness.” Despite never placing in the Top 10 throughout the show, Kang Min Hee’s rank went up when it mattered the most, and he made it in at No. 10 in the finale. 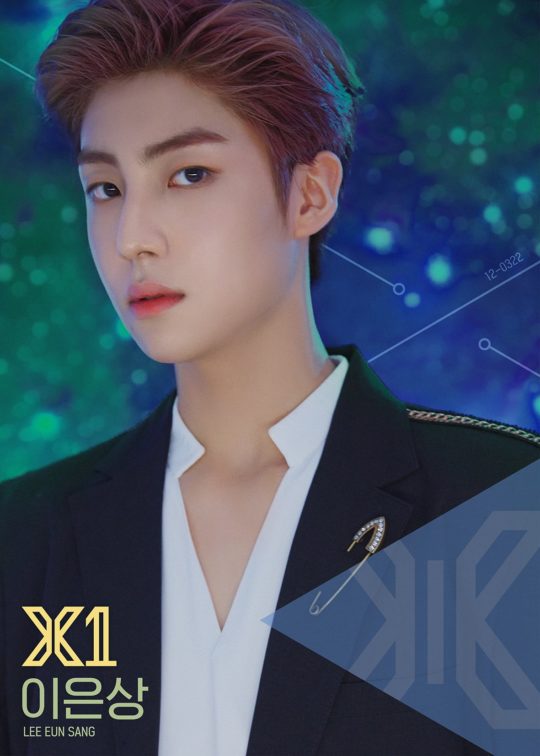 Before “PDX101”: Prior to joining the show, Lee Eun Sang trained for a year and two months.

During “PDX101”: Lee Eun Sang was nicknamed the show’s “professional volunteer,” as he was always seen to be the first to raise his hand to take on a challenge. After entering the rankings at No. 14 in the first week, he shot up to No. 2 in the second and never fell out of the Top 10 until the finale episode, where he was eventually revealed as the X member (the trainee with the most accumulative votes). His evaluation performances include “Boss,” “TWIT” (placed first), “U GOT IT,” and “To My World.” 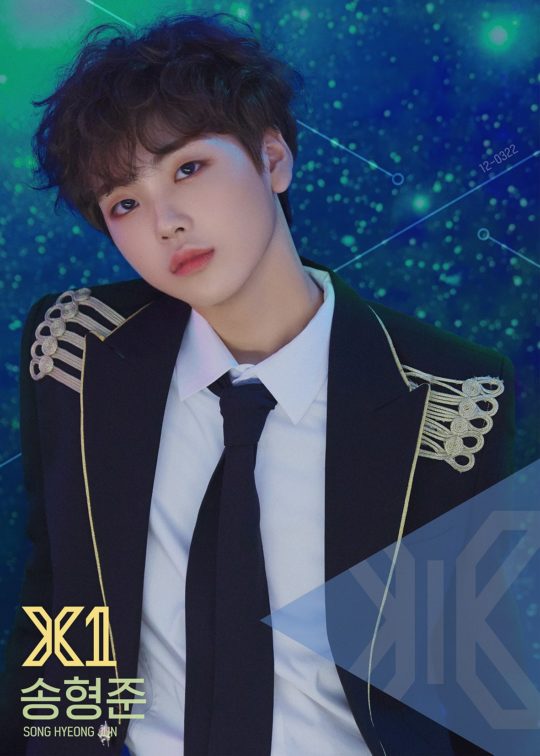 Before “PDX101”: Prior to joining the show, Song Hyeong Jun trained for a year and three months.

During “PDX101”: After being placed in Grade X, Song Hyeong Jun took it upon himself to be the class leader and led the others trainees in dance practice. After re-evaluation, he was promoted to Grade D. Hyeong Jun gained attention for his smooth dance skills, which contrasted with his young boyish looks. He is also one of three X1 members to have never placed outside the Top 10. His performances on the show include “The 7th Sense,” “Finesse,” “Pretty Girl,” and “To My World.” 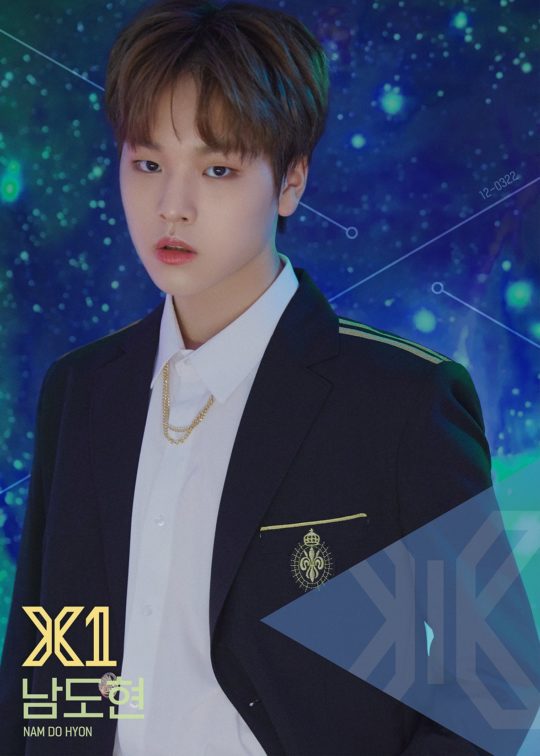 Before “PDX101”: Nam Do Hyon was a contestant for the survival program “Under 19” (with the Rap Team), but was eliminated after the second round. He was only in training for five months prior to joining “Produce X 101.”

Nam Do Hyon’s individual cam for “Say Yes Or No”

During “PDX101”: Nam Do Hyon entered the rankings in the first week at No. 37, then shot up to No. 4 in the second and since then had never dropped out of the Top 10. He is well known for his high pitched laugh and sudden blank expressions, as well as having gained the nickname “giant baby” (for his tall height versus his young age.) Despite his short training period, Do Hyon’s natural talent for rapping quickly drew the attention of both the trainers and the viewers. His performances include “Clap,” “Say Yes Or No” (ranked first), “Monday to Sunday” (ranked first), and “Boyness.”

If you’ve watched the final ranking announcement, how badly were you screaming and fist-waving at your screen? And what are you looking forward to the most when X1 officially debuts? Drop your reactions and comments below!

Belinda_C also wishes to give a shout-out to Lee Dong Wook for doing such a great job and genuinely caring for the trainees! Talk X1 and SEVENTEEN with her on Twitter!