The drama, starring Lee Seung Gi and Suzy, is about a stuntman who goes on a mission to uncover the truth behind a plane crash.

Ki Tae Woong is a brilliant NIS agent whose father is a hospital director and whose mother is a university professor. He possesses superior intelligence, excellent work skills, and practical experience and gets dispatched to Morocco to catch the terrorists responsible for the plane crash. Shin Sung Rok adds to the drama’s tension by performing a highly perfected and controlled performance to express a multi-faceted charm with both cool reason and hot passion.

In the stills, perfectionist Ki Tae Woong looks calm and posed in a slick black suit. He portrays a stern and strong character with sharp eyes and a NIS badge around his neck. 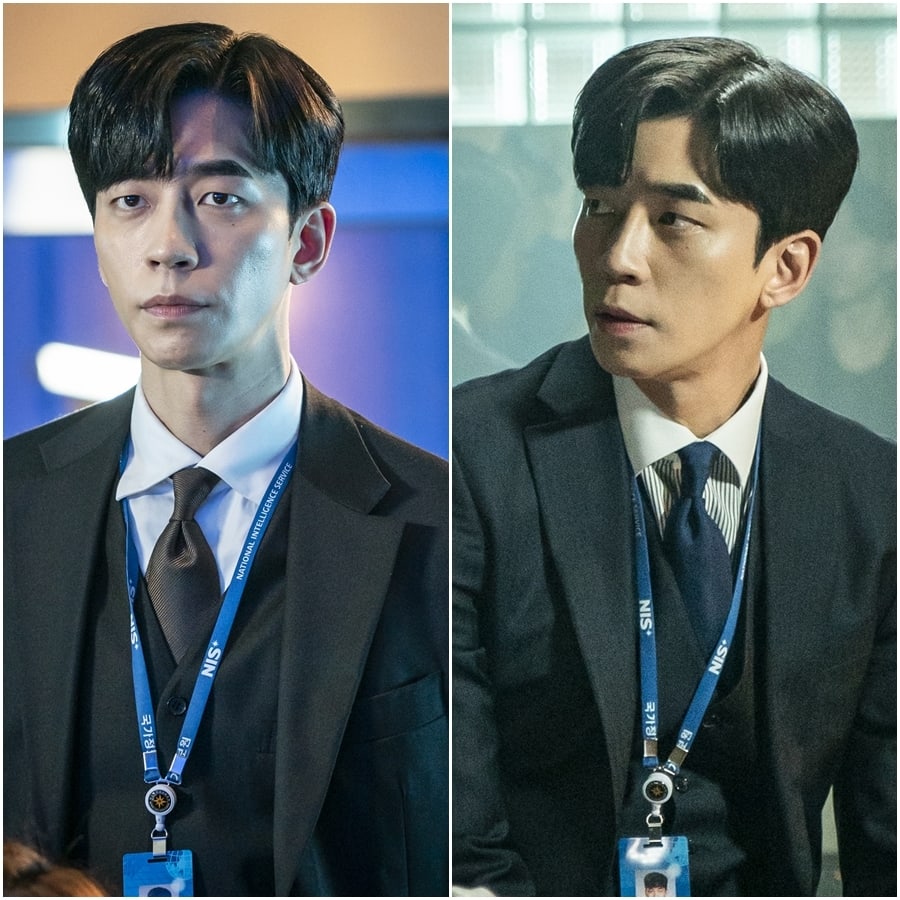 This scene was filmed at a studio in Wonju, Gyeonggi Province. Shin Sung Rok greeted the staff members in a friendly manner and immersed himself in his role soon after entering the set. Until the moment he began filming his scenes, he continued to study the script and check his position. Once filming began, Shin Sung Rok spoke his lines with his signature low-pitched voice, perfecting his role as the head of the NIS inspection team. The actor is raising anticipation for the new impression he will give in “Vagabond.”

Shin Sung Rok commented, “For about a year, I did my best in this drama. I dare say this will be a new kind of drama that you’ve never seen before. I’m very excited for the first episode. I hope ‘Vagabond’ will provide viewers with lots of fun and receive lots of love.”

The production crew shared, “Shin Sung Rok, who has shown an intense and impressive performance in each of his dramas, will also show a unique presence in ‘Vagabond.’ We hope you will watch him vitalize [the drama] with a different kind of charm than before.”

“Vagabond” will premiere on September 20. Watch the latest trailer here!