During KBS2’s “Entertainment Weekly” that aired on August 30, there was an interview with “Battle of Jangsari” cast members Megan Fox, Kim Myung Min, Kwak Si Yang, Kim In Kwon and, Kim Sung Cheol.

When asked why she decided to appear in her first Korean film, Megan Fox explained, “It just seemed like an interesting opportunity. It’s an amazing story and I feel like the character is a really positive female role model to be able to play, so there were a lot of good reasons.”

The other cast members had high praises for Megan Fox and her portrayal of legendary journalist Marguerite “Maggie” Higgins. When asked to describe her in one English word, Kwak Si Yang chose “Magnetic” and explained, “She really draws you in,” while Kim Sung Cheol chose “Maggie” and said, “She felt like a real war correspondent.” Kim In Kwon said, “Koreans will like you,” and Kim Myung Min said, “Irreplaceable,” and added, “I think no one could have played the role better than she did.” When asked to pick the best answer, Megan Fox picked “Magnetic” and explained, “I guess it’s the word I’d like to hear about myself the most. It’s what I would hope to hear.” 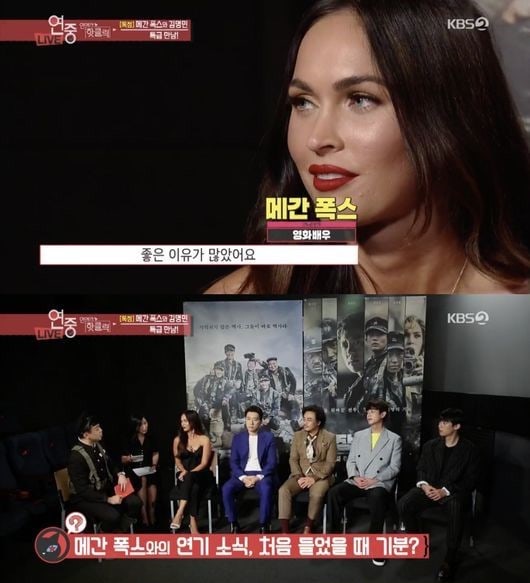 Megan Fox also talked about the differences she saw in film making in Korea and in the U.S. She explained, “I noticed that they edit as they go along, which is really helpful because there were scenes where I needed to do voiceover work for them. In order to give it gravity and make me understand what was really happening, they were already able to show what had been cut together, and that was on the same day I had filmed. So it was really useful and helpful.”

Finally, Megan Fox talked about her favorite Korean foods. She had mentioned pumpkin porridge in a previous interview and when asked if there were any other foods she enjoyed, she said, “I like Korean barbecue in general. And I don’t know what it’s called but you guys do a beef bone broth with rice and different spices,” referring to the Korean dish seolleongtang and added, “It’s supposed to be sort of medicinal and good for you when you’re not feeling well. I had it for breakfast and that was great.” Her fellow cast members also recommended cold bean-soup noodles and Korean herbal oven-roasted chicken, and Megan Fox was open to the idea of trying it all. 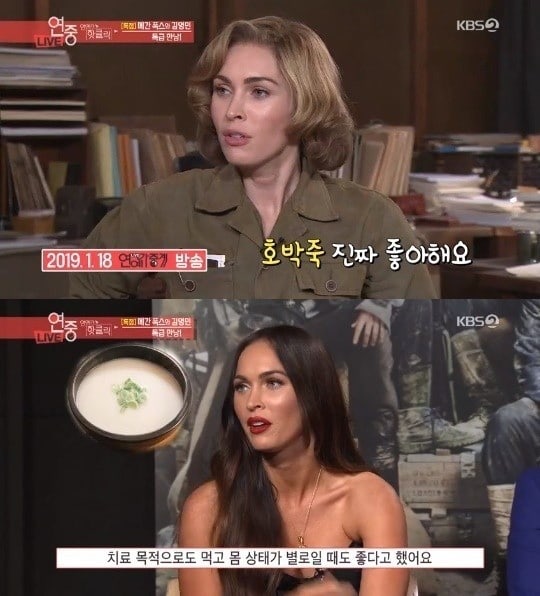 “Battle of Jangsari” tells the story of an important diversionary operation during the Korean War, when 772 student soldiers risked their lives to help ensure the success of the later Battle of Incheon. The film will premiere on September 25.