Kang Ho Dong added, “I remember. Last time, when TWICE came on the show, Jeongyeon said that her sister is a famous actress. She said that once, she wasn’t wearing any makeup and her sister was wearing a full face of makeup, but people only recognized her.” Kim Heechul added, “She said that she felt really sorry because of that.”

Kim Young Chul chimed in, “I saw Jeongyeon at the salon, and she’s recognizable even when she’s not wearing any makeup.” Gong Seung Yeon joked, “Really? But we’re a mess!”

Speaking about the incident when people only recognized Jeongyeon, Gong Seung Yeon explained, “During [the Mnet survival show] ‘Sixteen,’ when Jeongyeon was a trainee before her debut, people recognized her. I was wearing a full face of makeup because I had just returned from filming, and I was even appearing in a drama at the time, but people asked Jeongyeon for autographs.”

When asked if she had felt hurt, the actress replied, “Instead of feeling hurt, I feel proud. My sister is doing a good job, so I should also work hard.”

Seo Jang Hoon then asked, “Do your parents also only ask for Jeongyeon?” Gong Seung Yeon replied, “At some point, my parents began calling each other ‘Jeongyeon’s mom’ and ‘Jeongyeon’s dad.’ When I asked my mom about it, she said that parents are human too, so they follow public recognition as well.” She later added, “There’s also a difference between our incomes.” 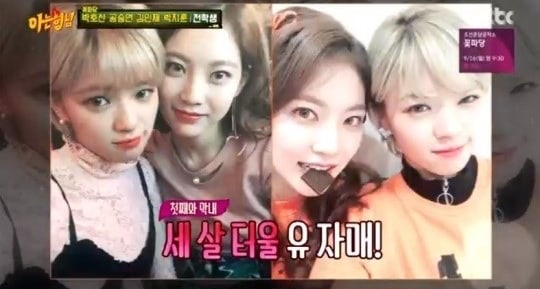 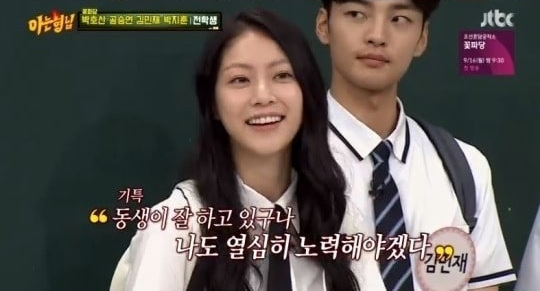 Watch a recent episode of “Ask Us Anything” now!