On the latest episode of MBC’s “The King of Mask Singer,” the identity of contestant The Rose of Versailles was revealed! 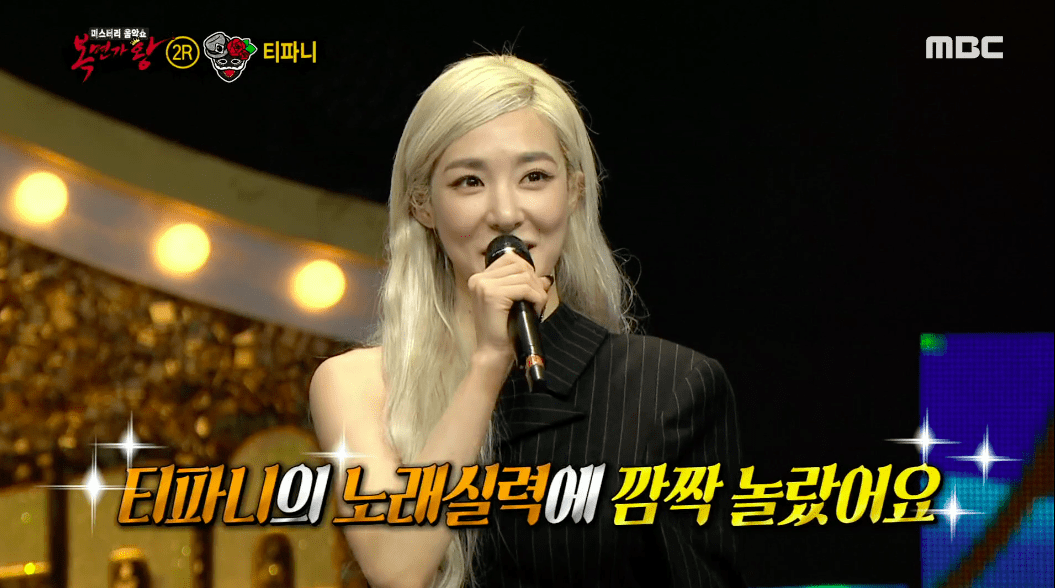 The Rose of Versailles turned out to be Girls’ Generation’s Tiffany!

Tiffany commented, “I came to say hello because I recently began a tour in celebration of a new release, and I wanted the tour to start from Seoul.” As to why she chose to sing Uhm Jung Hwa’s “Rose of Betrayal,” Tiffany explained, “The diva I came to relate to as I entered my 30s is Uhm Jung Hwa. The song gave me inspiration.”

The singer concluded, “I’m able to courageously promote like this thanks to my fans. I will continue to present good music that shows constant growth.”

Following the end of the broadcast, Tiffany took to Twitter to share some more afterthoughts. She said, “The Rose of Versailles from ‘The King of Mask Singer’ was me, Tiffany. I was excited as it was my first time appearing on TV in a while, but I became very nervous as I stood on stage. However, it was a grateful opportunity for being able to say hello during the holidays. I hope that there are more opportunities to meet you in the future. I hope you spend the rest of the holidays well.”

Catch up with the show below!