tvN’s upcoming drama “Melting Me Softly” has shared a fun glimpse of its stars behind the scenes!

“Melting Me Softly” is a new romantic comedy about a man and a woman who participate in a project to be frozen for 24 hours—but ultimately wake up 20 years later due to a mysterious scheme. After waking up, the two experience a dangerous side effect that requires them to maintain a core body temperature of 33 degrees Celsius (approximately 91.4 degrees Fahrenheit) in order to survive. Unfortunately, however, they also find their hearts warming up from romantic attraction, putting them in an incredibly sticky situation.

On September 15, the upcoming drama released new behind-the-scenes footage from filming. The clip begins with actors Ji Chang Wook and Seo Hyun Chul filming a scene that takes place in 1999: Ji Chang Wook is in character as the highly successful producing director (PD) Ma Dong Chan, who is preparing the freezing project for his popular variety show, while Seo Hyun Chul plays the scientist in charge of the project.

As Seo Hyun Chul pretends to explain the project to Ji Chang Wook for a silent scene with no dialogue, the director comments with a laugh, “I think Dong Chan will need to actually talk [for the scene to look believable].” Ji Chang Wook ponders, “What should I say?” before ultimately asking Seo Hyun Chul a series of hilariously nonsensical questions about frozen frogs. Seo Hyun Chul responds to his questions with a perfectly straight face, and Ji Chang Wook eventually bursts into laughter at the absurdity of their own conversation.

The video then goes on to show Won Jin Ah worrying about filming a scene in which she is carried up into the air by a large cloud of balloons. When asked if she feels confident, the actress laughs, “I don’t know. It looks very pretty, though.” She jokingly adds, “I think I’ll be okay as long as I don’t pass out.”

Once filming begins, Won Jin Ah immediately lets out a shriek of surprise as she is lifted up into the air. However, once she comes back down, she cheerfully declares, “I think I’ll be able to handle it.”

Ji Chang Wook then films his character’s reaction to the balloon experiment, which is a special project for Ma Dong Chan’s hit variety show “Infinite Experiment Heaven.” As Won Jin Ah’s character Go Mi Ran successfully rises into the sky, Ji Chang Wook expresses his character’s excitement by clapping and enthusiastically shouting, “Great, great!” However, he ends up going slightly overboard as he begins to emit what sound like screams of pain—causing several cast and crew members around him to burst out laughing. 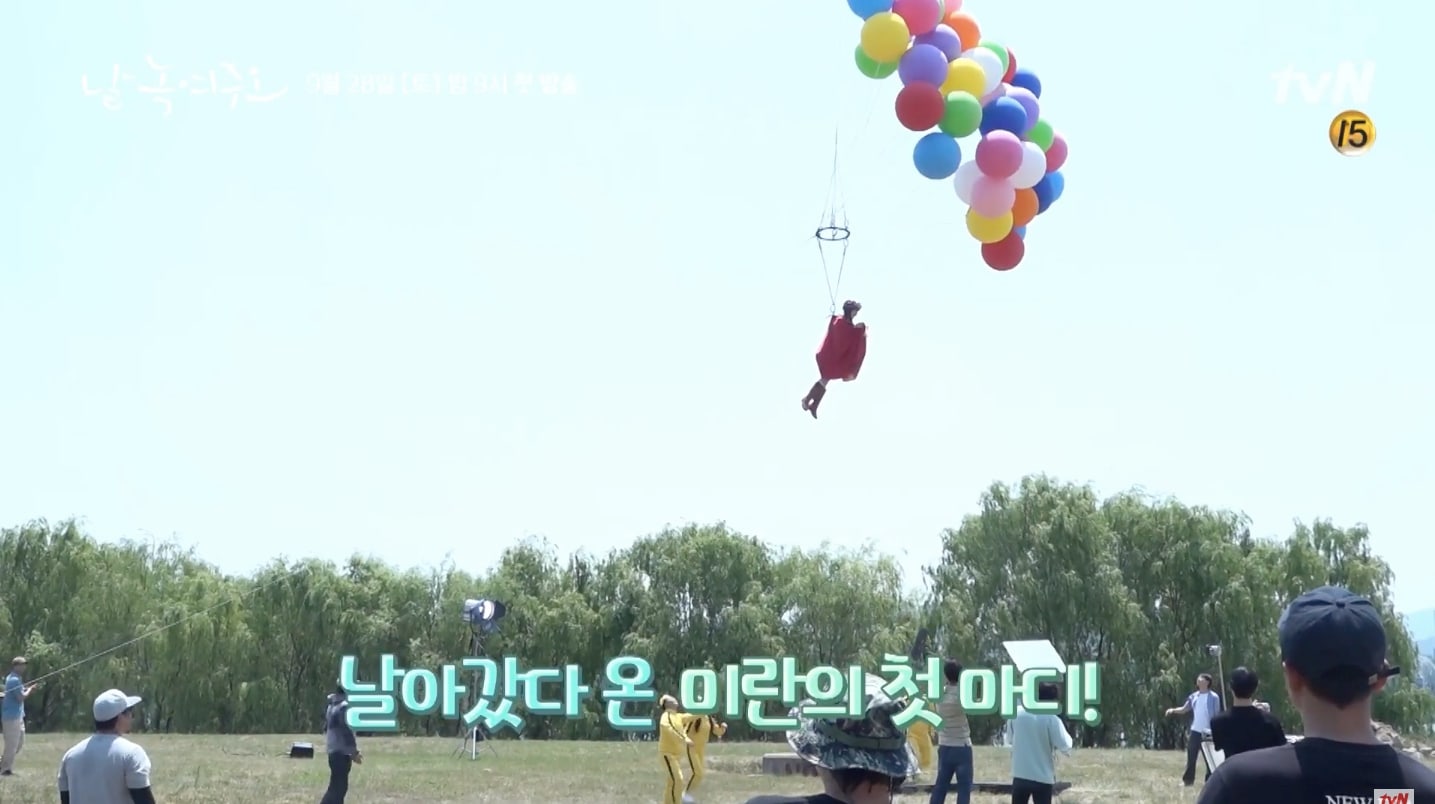 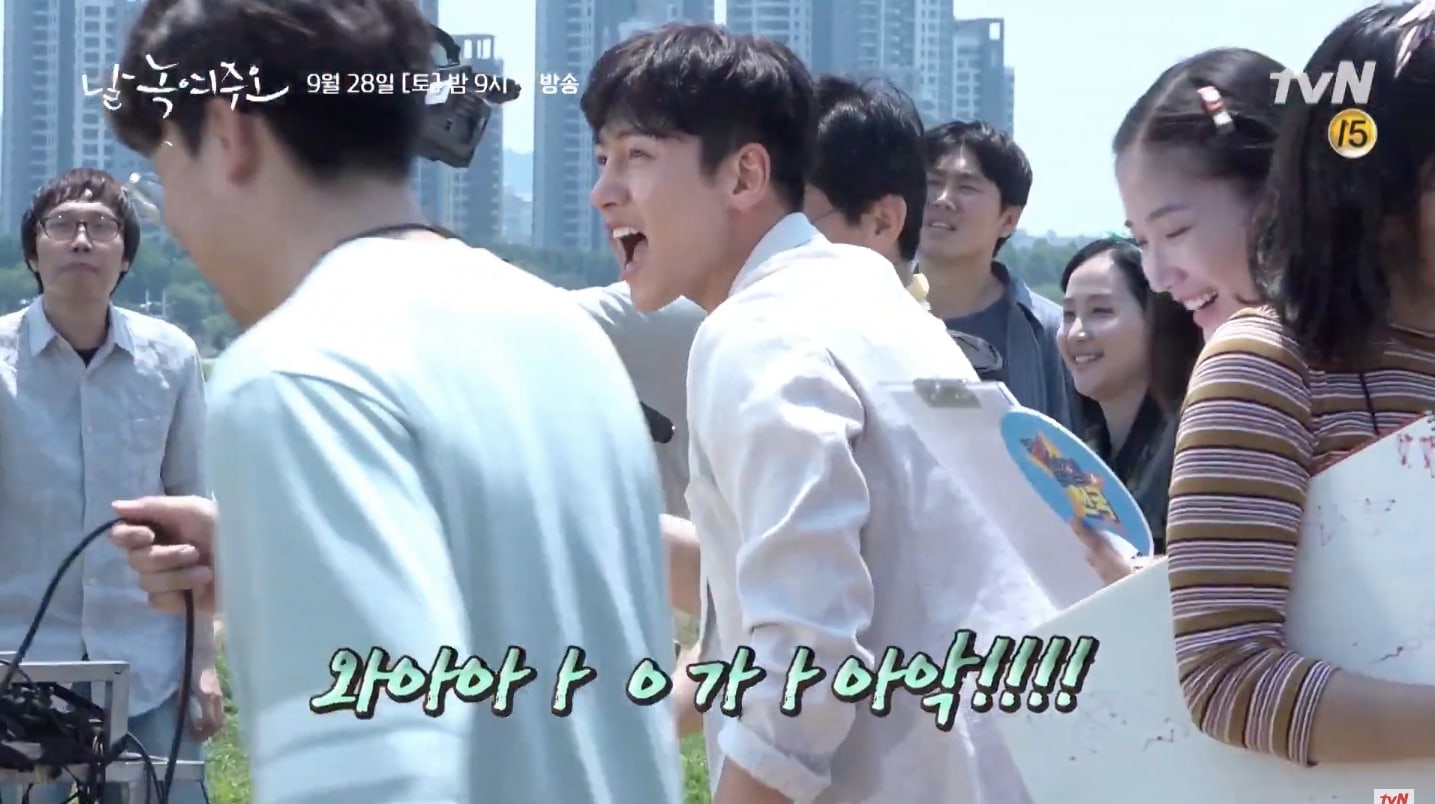 Finally, the clip ends with footage of Ji Chang Wook and Won Jin Ah posing for the drama’s poster shoot. The video reveals that even though it looks as though the two stars are lying down in the drama’s main poster, they were actually standing against a backdrop resembling a bed.

“Melting Me Softly” premieres on September 28 at 9 p.m. KST and will be available with English subtitles on Viki.

In the meantime, check out the new behind-the-scenes video below! You can also watch the highlight clip for the drama here.