Rejoice, the king of K-pop is back! It feels like there’s been a giant hole in the K-pop world ever since BIGBANG’s G-Dragon enlisted in the military in February 2018, and now that he’s finally completed his service, we can’t wait to see what new projects he has in store. But since he’s just returned, now is the perfect time to reminisce about what’s been missing in our lives since GD has been away — and remember why he really is an artist like no other.

It’s no secret that G-Dragon has an extraordinary number of songwriting credits to his name: he’s written the lyrics and music for the vast majority of BIGBANG’s tracks as well as his own solo songs, spanning hits from the groundbreaking “Lies” to “Fantastic Baby,” “Heartbreaker” to “Ringa Linga,” and more. GD has always pushed the boundaries of music, and his fresh, experimental, and absurdly catchy songs have been not only popular worldwide but also extremely influential within the genre of K-pop. True to its name, “One of a Kind” is one of his many tracks that is so unique that it still stands out years after its 2012 release.

G-Dragon’s songs are often deeply personal, and yet somehow so universally relatable. In the music video for his 2013 single “Crooked,” GD dizzyingly transitions among emotional pinnacles: from ecstatic happiness to sudden anger…

And extremely heart-wrenching loneliness, for which his other moods seem to be a mask.

His emotions ring just as true even when he slows things down, like with the more nostalgic, gorgeous simplicity of “Untitled, 2014.”

G-Dragon invented stage presence, and his charisma and intensity are unbeatable. The man can command a room with just one glance…

Or with a few swag-filled steps:

But he’s more often seen careening around the stage with an incredible, tireless energy that, when paired with his creative outfits and powerful live vocals, make every performance captivating and impactful.

G-Dragon’s fashion sense is unparalleled, and he somehow manages to make anything (literally, anything) look good once he puts it on. He often mixes and matches items, goes for crazy pieces that no one else would dare to wear, and throws in a unique hair color or cut to top it all off. With his svelte figure and his laidback confidence, every outfit somehow works perfectly.

GD is also known for his androgynous, gender-fluid style, and he frequently wears women’s clothes and painted nails, smashing existing fashion boundaries left and right. How can we forget this gender-bending photoshoot with “Vogue”? 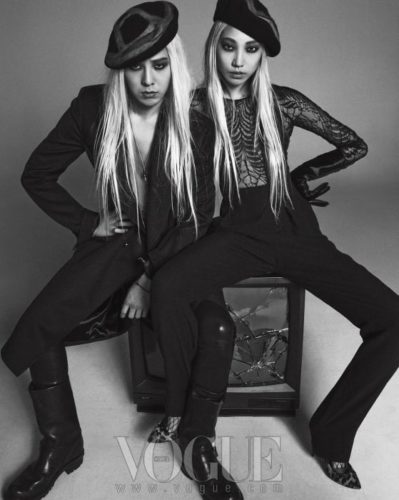 It’s no wonder this fashion icon has started his own brand, and PEACEMINUSONE is not only a fashion label but also a meaningful project for GD: a comment on the fact that the world still has yet to achieve the peace we should aspire to; we’re still at minus one.

GD’s experimentation isn’t limited to fashion, and his music videos and concepts often push boundaries and challenge our conceptions of art and especially of G-Dragon himself. GD is constantly reinventing himself, like in his 2013 track “Coup d’Etat,” which features a music video that is rife with stunningly aesthetic metaphorical imagery and references to G-Dragon’s own past. 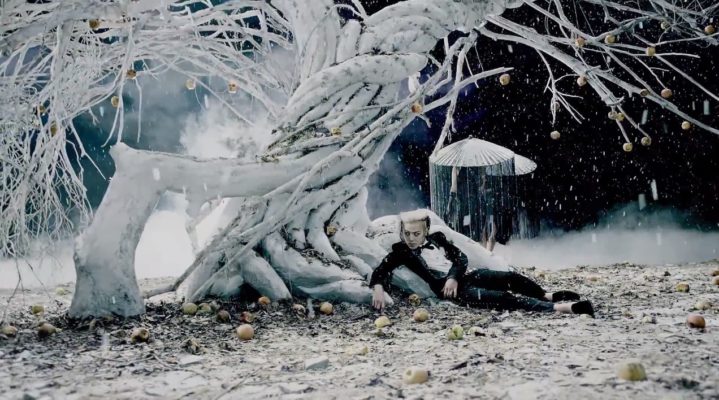 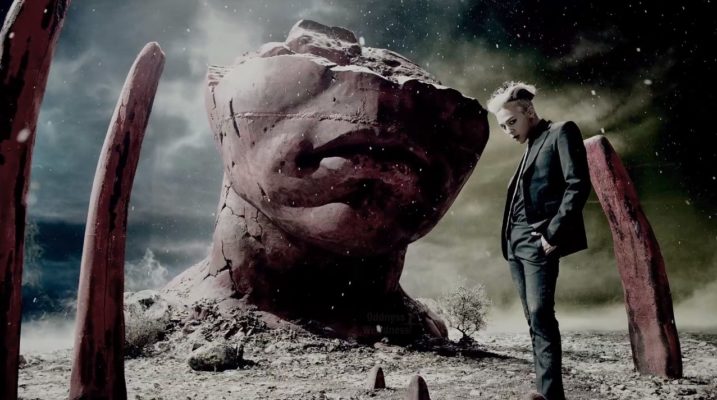 Even his more lighthearted songs are layered with meaning; in “Crayon” he turns expectations on their head, dressing in drag, psychoanalyzing himself, and generally questioning whether life is worth worrying too much about at all — “why so serious?”

GD is a master at writing infectiously hype songs, and the electrifyingly energetic “Crayon” is just one of many examples. His discography is full of stellar B-sides, many of which are just as lit, like “R.O.D” or “Niliria” from his “Coup d’Etat” album:

G-Dragon’s duality is one of the most intriguing aspects of his personality: while G-Dragon wears glamorous clothes and swaggers around the stage, Kwon Ji Yong (GD’s real name) is quieter, a little shy, and very, very lovable.

GD shed the persona of G-Dragon in his last tour before enlistment, “Act III: M.O.T.T.E.,” and let Kwon Ji Yong shine through.

We love his cute mannerisms and soft side just as much as his sizzling charisma, and we can safely say that we missed Kwon Ji Yong just as much as we missed G-Dragon. And we’re looking forward to whatever both of these sides of GD will bring in the future!

Hey Soompiers, what did you miss about G-Dragon during his military service? Let us know in the comments!