Jung Il Woo spoke about his health and changing his outlook on life.

On the November 29 episode of the KBS 2TV variety show “New Item Release, Convenience Store Restaurant” (literal title), the actor went on a camping trip with his friends.

During the show, he spoke about how he was diagnosed with a cerebral aneurysm at the age of 27 (by Korean reckoning). A cerebral aneurysm is a weak area in a blood vessel in the brain that usually enlarges. There is a risk of a potential burst which can be life threatening, however 50 to 80 percent of cerebral aneurysms do not rupture.

Jung Il Woo said, “When I got the diagnosis, it was like a ticking time bomb. I couldn’t leave my house because of anxiety and depression.”

He continued, “I lived like that for over a month. I then thought since people don’t know when they’re going to die, I should enjoy the present while doing everything I want to do. With that mindset, I went to Santiago. At that time, it was the happiest time of my life because I went as Jung Il Woo in his mid-20s and not as an actor.”

“I’m still young, so I can’t get surgery yet,” he said. “I get it examined every three months.” 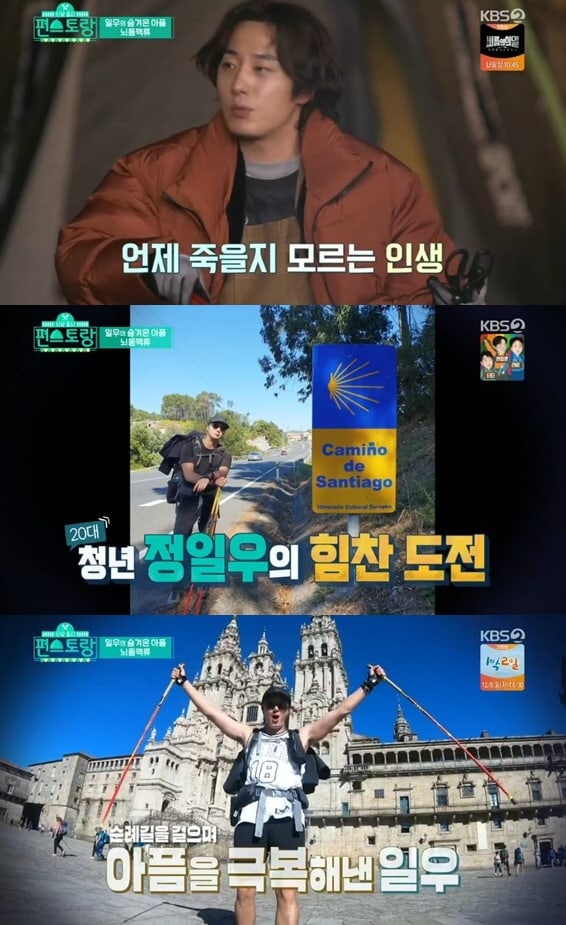 Check out Jung Il Woo in his latest drama “Haechi” below: