“Never Twice” has shared new stills for their upcoming episode.

MBC’s “Never Twice” tells the story of the guests at Paradise Inn, who dream of getting back on their feet by overcoming their past failures. Kwak Dong Yeon plays Na Hae Joon, who is the heir of a five-star hotel located across the street from Paradise Inn, and Park Se Wan plays Geum Bak Ha, a bright girl who finds solace in the guest house during tough times.

The two originally got off on the wrong foot, both assuming the worst of the other. Kwak Dong Yeon thought Park Se Wan was a gold digger, while she only recently discovered that he was the manager of the hotel. However, after continuous encounters, the two got to know each other better. As Kwak Dong Yeon becomes involved in the discovery of secrets behind Park Se Wan’s husband’s death, anticipation is rising as to how the pair’s relationship will change.

In the new stills, the two share a sweet moment in the car as Kwak Dong Yeon softly looks upon a sleeping Park Se Wan. He also carefully reclines her seat so she can sleep more comfortably. 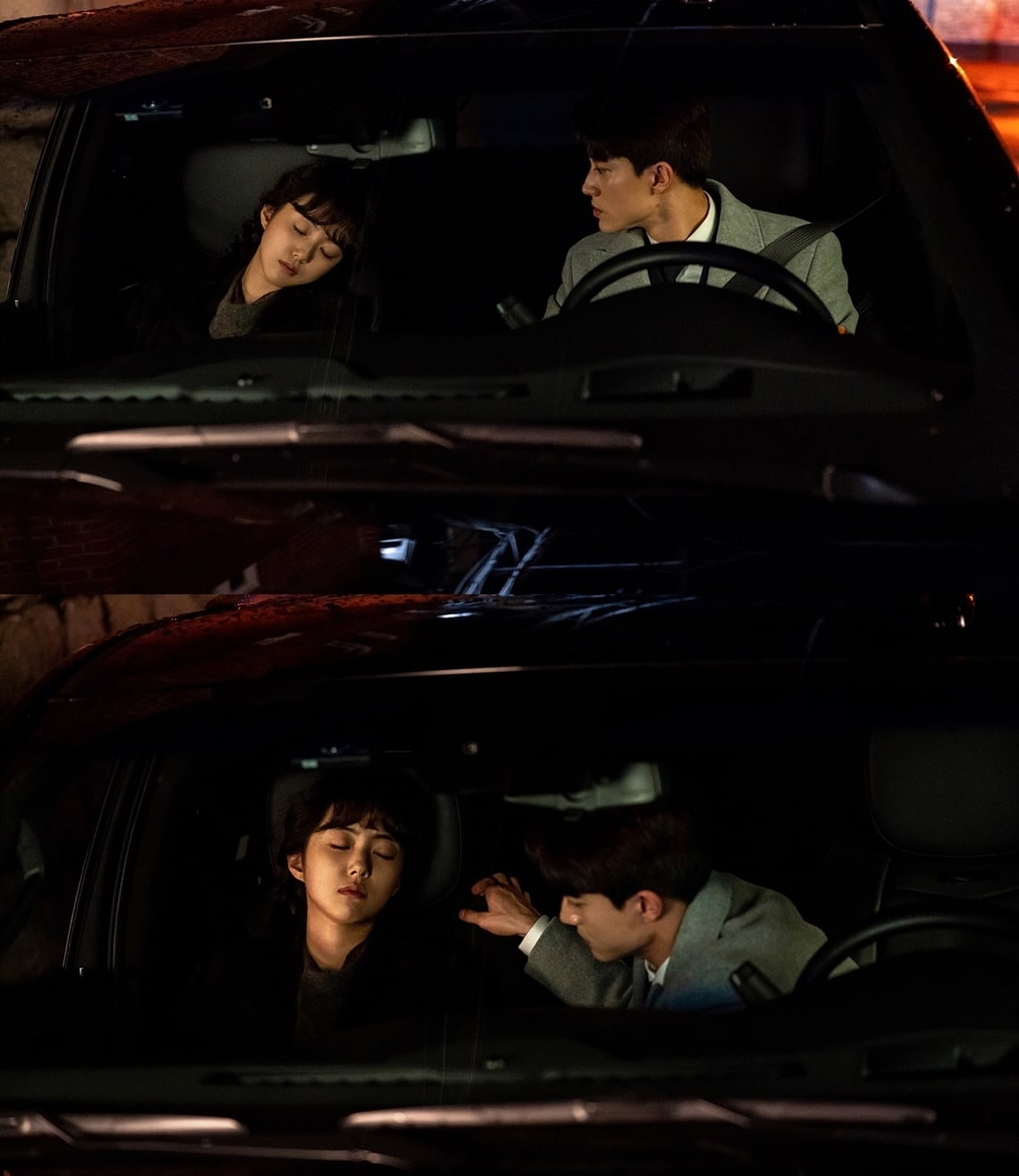 The second set of stills show the pair gazing at one another after getting out of the car, with expressions that differ from before. Up until now, they’ve been a bickering duo tied up in misunderstandings, but look much different and friendlier in the new photos. 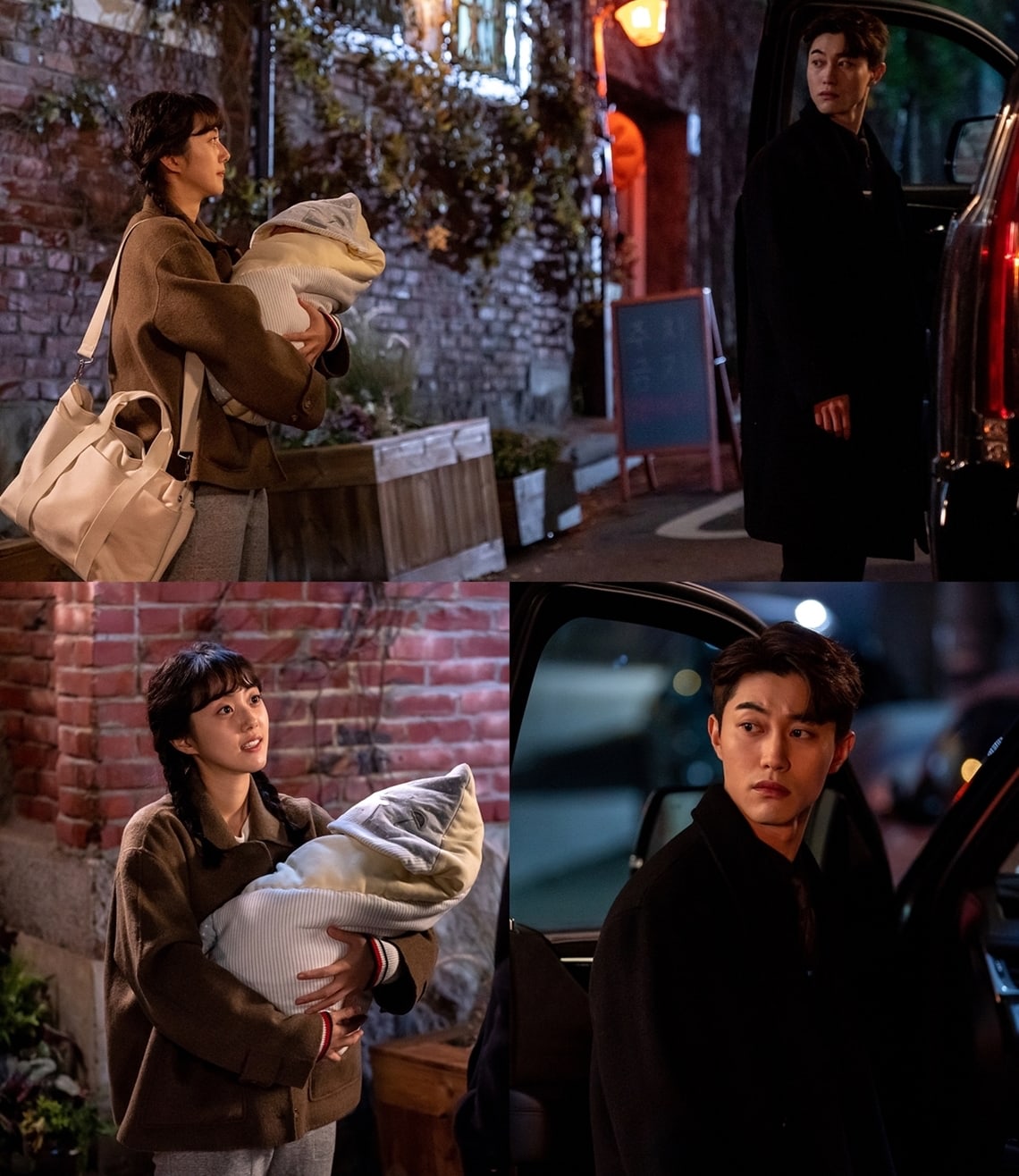