tvN’s “A Piece of Your Mind” has released new preview stills of Jung Hae In and Chae Soo Bin sitting side by side.

The new stills show Ha Won and Seo Woo sitting together in the place where Ha Won used to spend time with Kim Ji Soo. With their backs on the glass window and their heads turned in each other’s direction, Ha Won and Seo Woo lock eyes, creating an air of slight tension. Ha Won’s eyes show hints of curiosity and surprise. 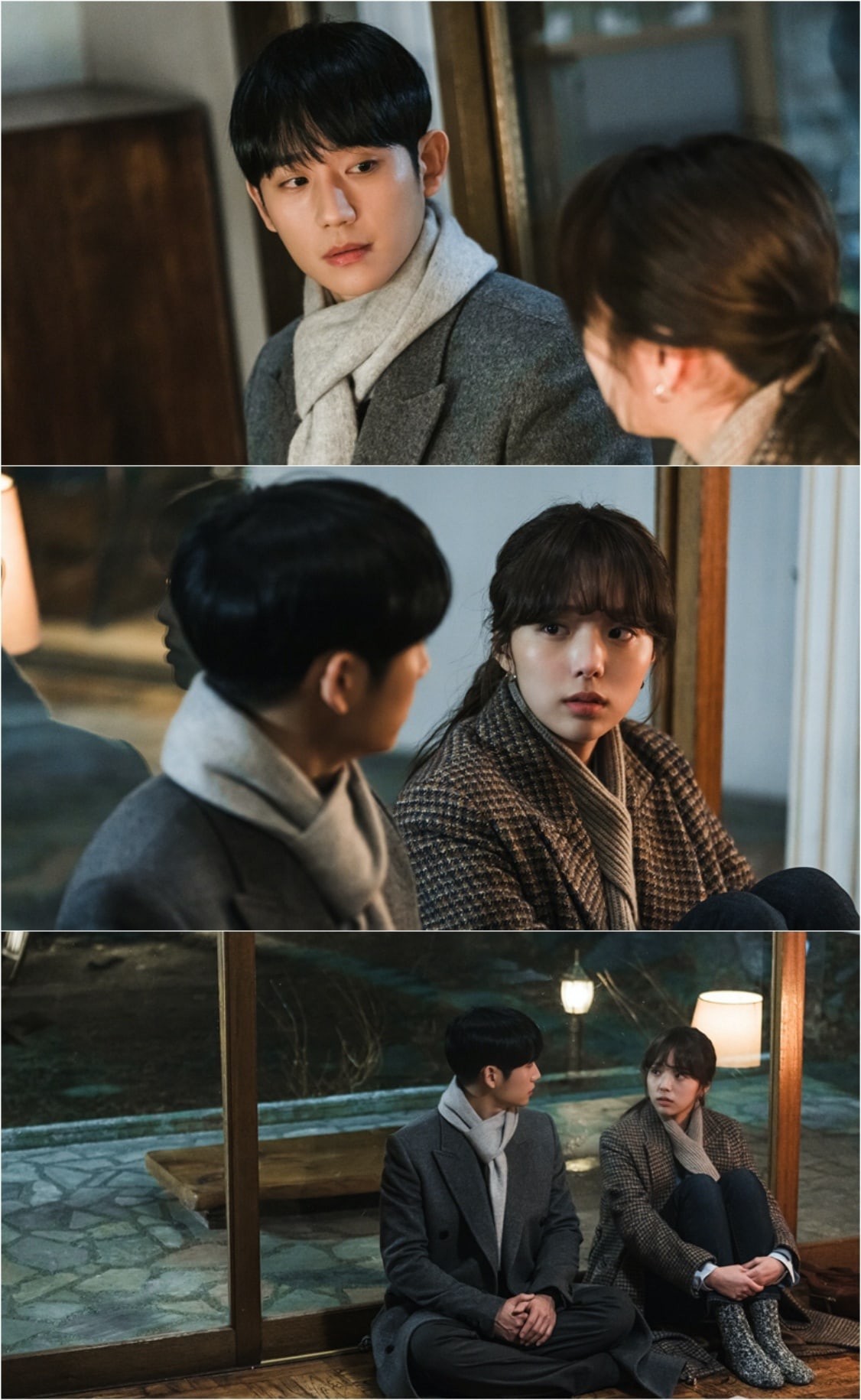 The production team explained, “Seo Woo will acknowledge her feelings for Ha Won and develop those feelings without Ha Won’s knowledge. Seo Woo, who one-sidedly loves Ha Won without expecting anything in return, will have viewers feeling warm and fuzzy inside. Please look forward to today’s (March 31) broadcast.”