“Once Again” tells the story of four siblings, following their individual lives and comparing their opinions on marriage and divorce.

In the previous episodes, Song Ga Hee (Oh Yoon Ah) showed amazement for Yoon Gyu Jin (Lee Sang Yeob) who continuously showed a favorable attitude towards Song Na Hee (Lee Min Jung) and her family. When Song Ga Hee noticed a cold drift behind them, she warned her sister to be good to Yoon Gyu Jin.

In addition, Song Na Hee was in a dilemma about whether she should appear on TV with Yoon Gyu Jin or not. Song Na Hee was going to tell her mother Jang Ok Boon (Cha Hwa Yeon) about the truth, but she couldn’t bear to, so in the end, she agreed to be on TV with her ex-husband.

The first set of new stills show Song Ga Hee witnessing Yoon Gyu Jin with his first love Yoo Bo Young (Son Sung Yoon) at the market. Her mouth drops wide open with shock as her eyes fill with doubt and suspicion. She ducks behind a shelf to spy on her “cheating” brother-in-law. What will this misunderstanding cause Song Ga Hee to do? Will she tell Song Na Hee what she witnessed, and how will her attitude change towards Yoon Gyu Jin? 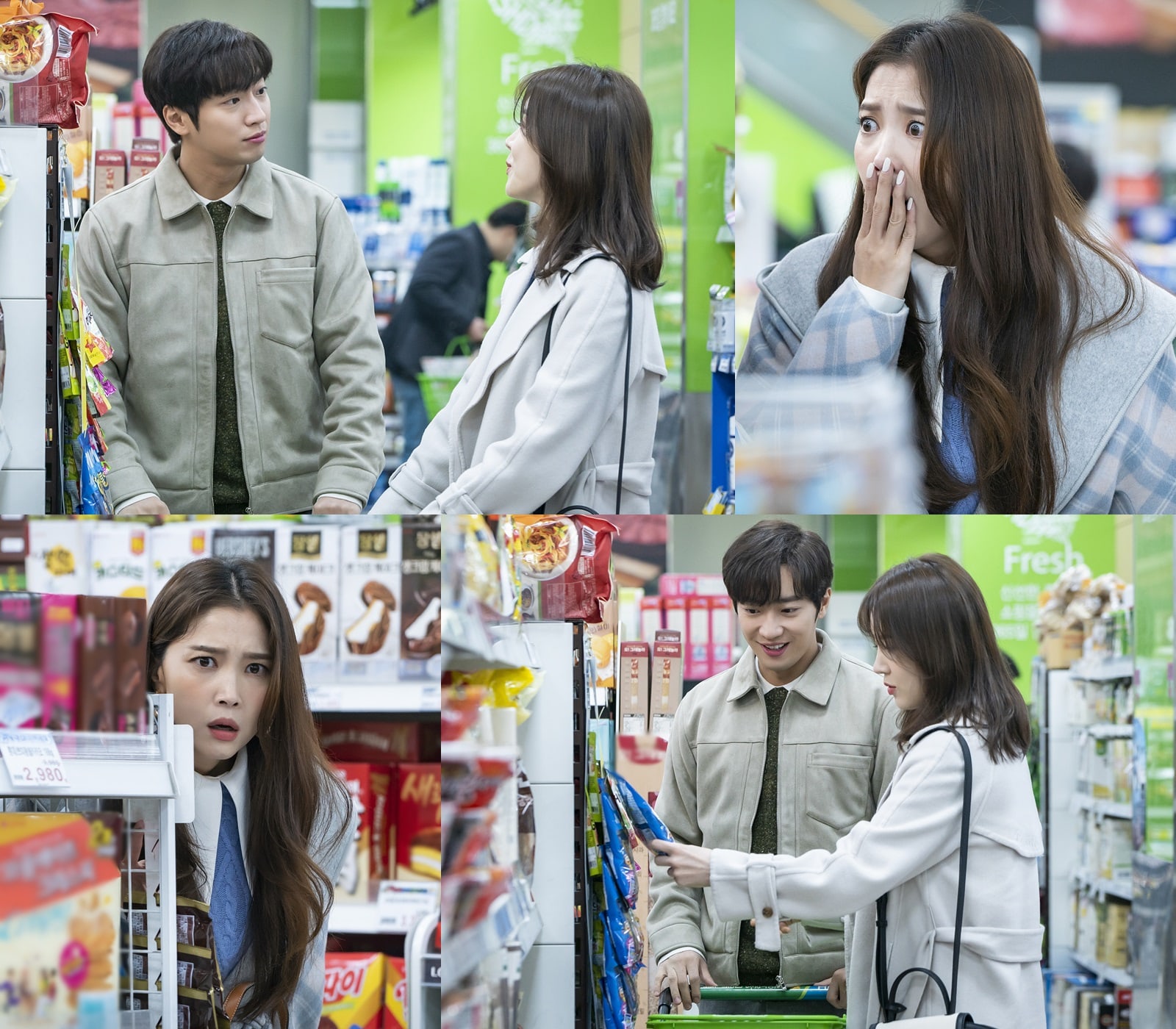 In the second set of stills, Song Na Hee and Yoon Gyu Jin are meeting up with their mothers. The two look visibly nervous as they try to put on a peaceful facade in front of the clueless Jang Ok Boon and Choi Yoon Jung (Kim Bo Yeon). However, Jang Ok Boon’s expression grows firm, and Choi Yoon Jung looks puzzled as well. Will their mothers finally realize the truth, or will they be saved by a phone call? 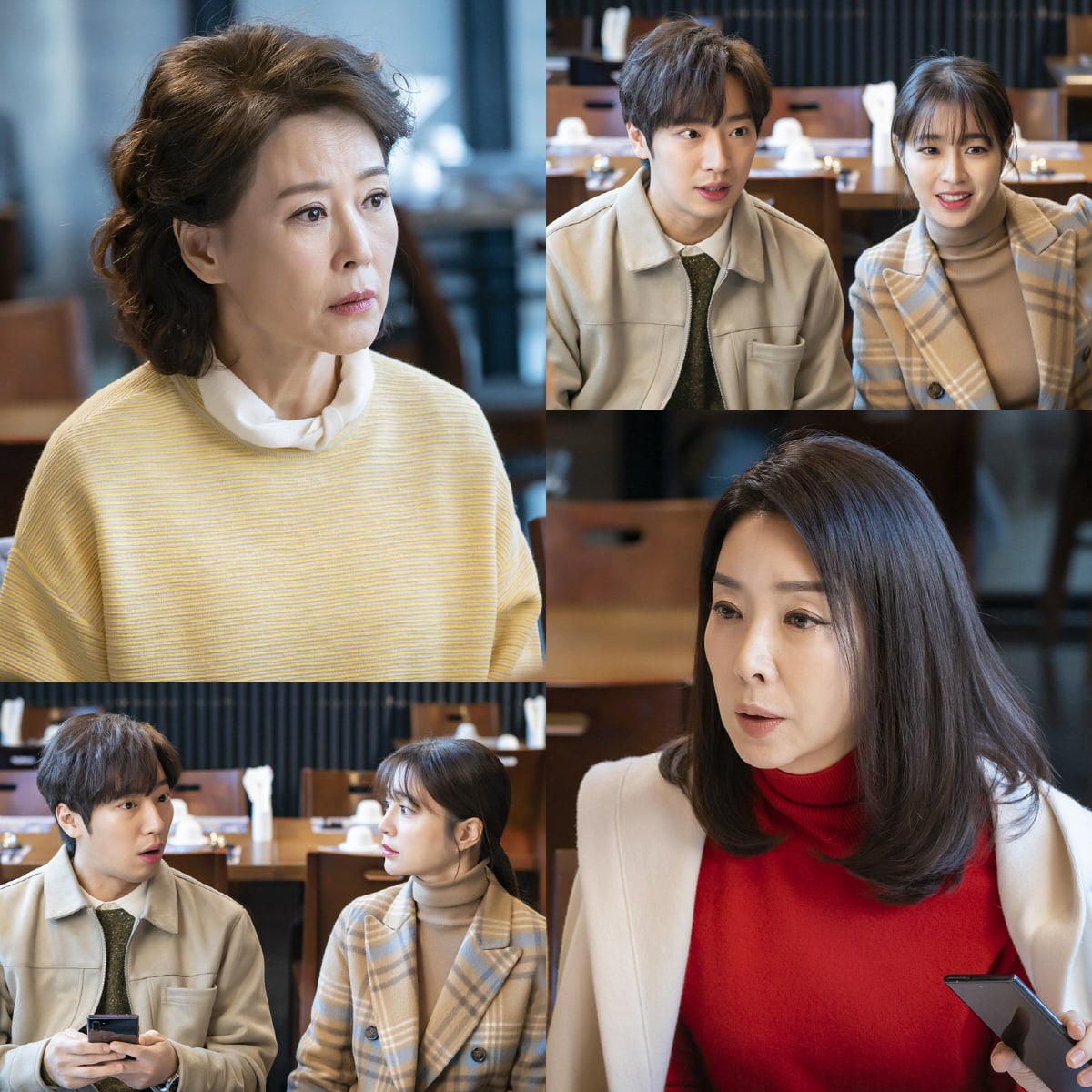 Watch the latest episode of “Once Again” below: