A new behind-the-scenes video has been released for tvN’s “When My Love Blooms”!

The video starts with GOT7’s Jinyoung as he sings, then cuts to Yoo Ji Tae, whose lines continue to be interrupted, first by the sound of a passing subway train and later a barking dog.

Next, Lee Bo Young impresses with her perfect pronunciation and dramatic acting skills. She spills tears unintentionally and says, “I didn’t want to cry for this!”

Later on, Jeon So Nee and Jinyoung are on set for their outdoor kiss scene. Jeon So Nee, who had most likely seen Jinyoung warming his hands by the fire, offers him a blanket, which Jinyoung declines. After Jeon So Nee keeps insisting that he takes it, Jinyoung asks playfully, “Why are you like this?” to which Jeon So Nee says, “You get cold easily.” 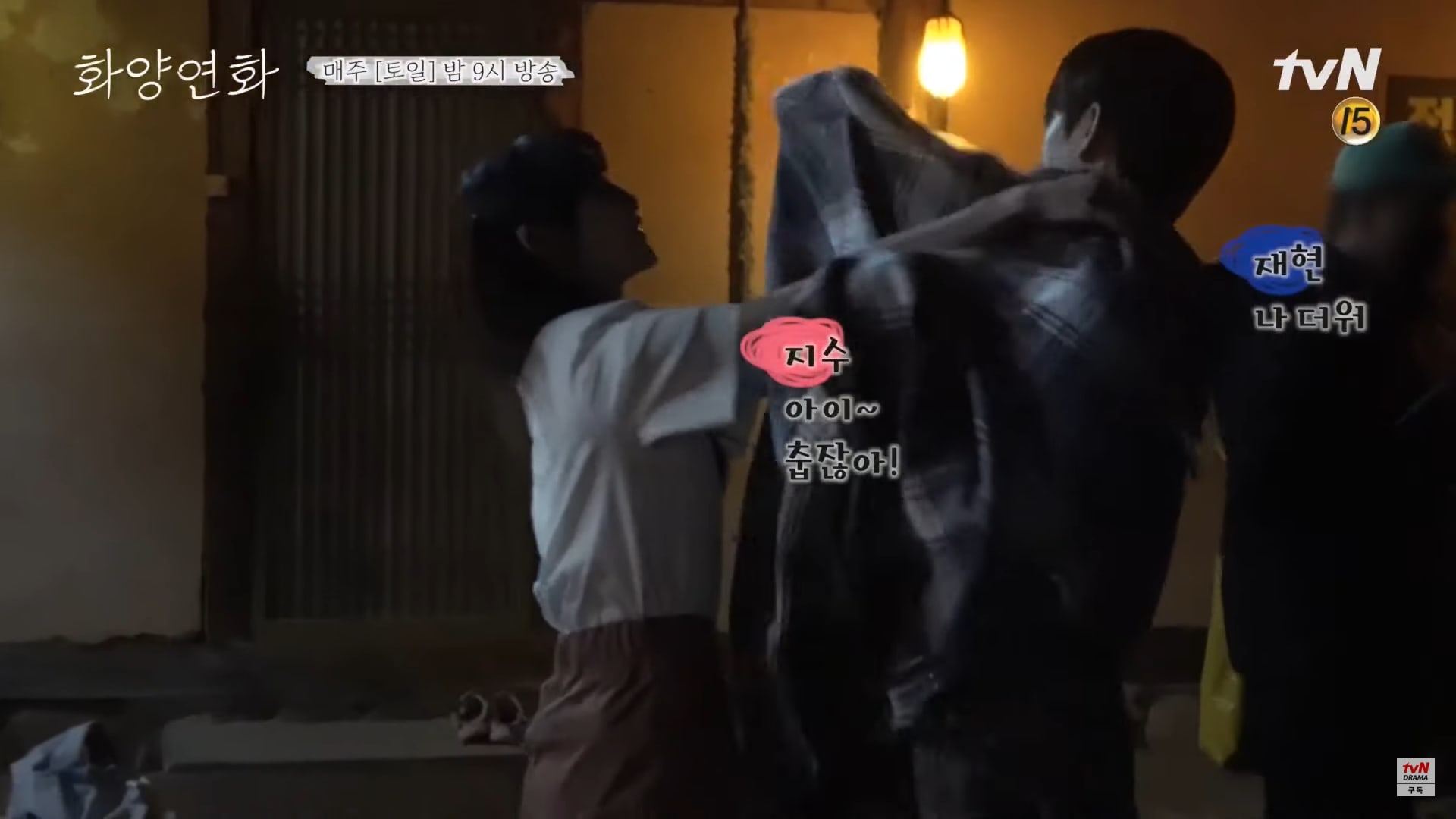 The video ends with each pair of actors playing a game where they choose between two items. When Jeon So Nee and Jinyoung both pick “guitar” between guitar and piano, Jinyoung questions Jeon So Nee’s choice as her character Ji Soo plays piano. As they keep choosing different answers, Jeon So Nee defends the pair by saying, “They say opposites attract.” When Jinyoung belatedly responds, “Really? Opposites attract?,” Jeon So Nee laughs and accuses him of being distracted. Out of five questions, Jinyoung and Jeon So Nee match for two answers, while Yoo Ji Tae and Lee Bo Young matched for three answers.

Check out the full behind-the-scenes video below!

Watch the latest episode of “When My Love Blooms” below!