On May 23, the drama released new behind-the-scenes photos.

In the drama, the three actors portray a tense love triangle, but in real life, they showcase playful chemistry and exhibit great teamwork. First of all, Jang Ki Yong radiates positive energy as he shares a smile that reaches his eyes. 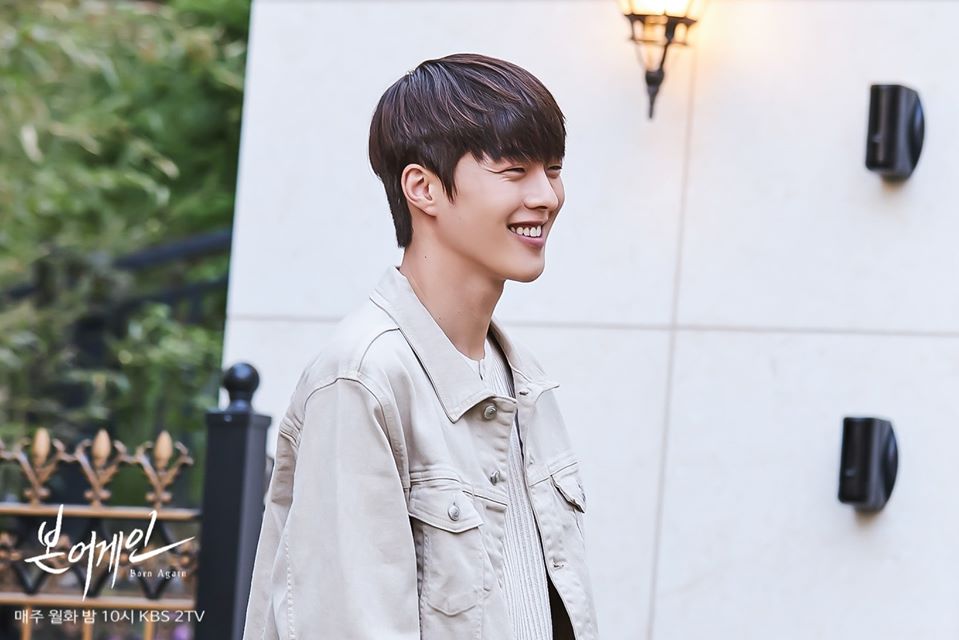 Jin Se Yeon poses with a proud smile next to her paper silhouette target, and the drama also shared a behind-the-scene still of her kiss scene with Lee Soo Hyuk. 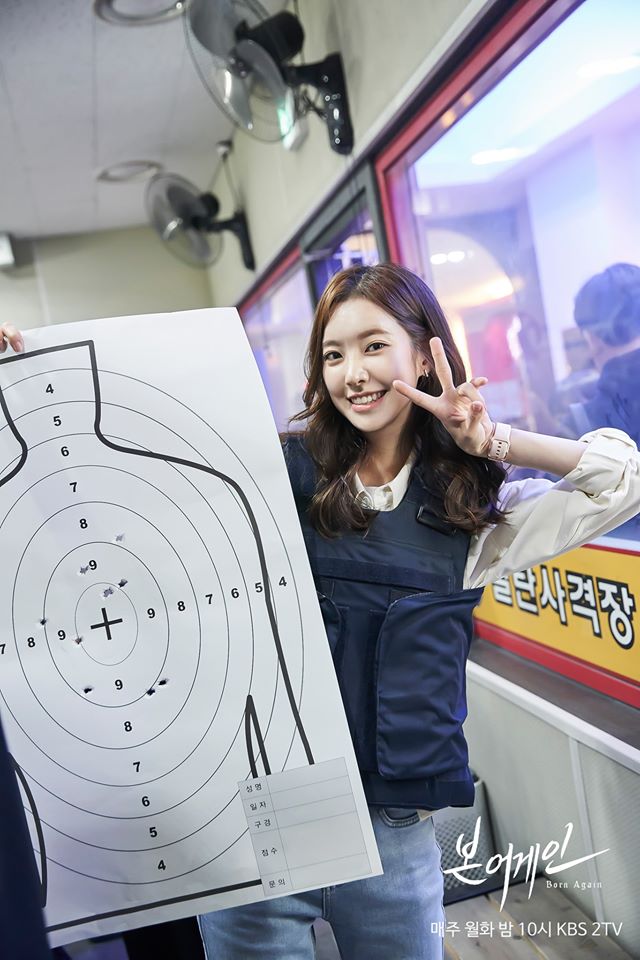 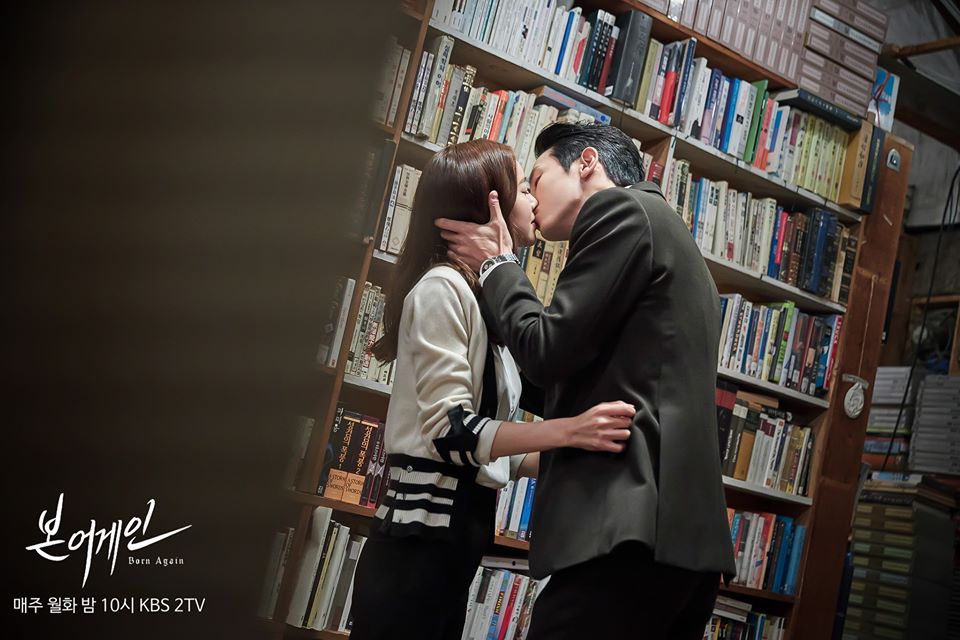 In addition, Lee Soo Hyuk impresses viewers with his devotion to monitoring his acting and reviewing his script. He may possess a cold attitude in the drama, but he’s friendly and warm with his co-stars on the drama set. 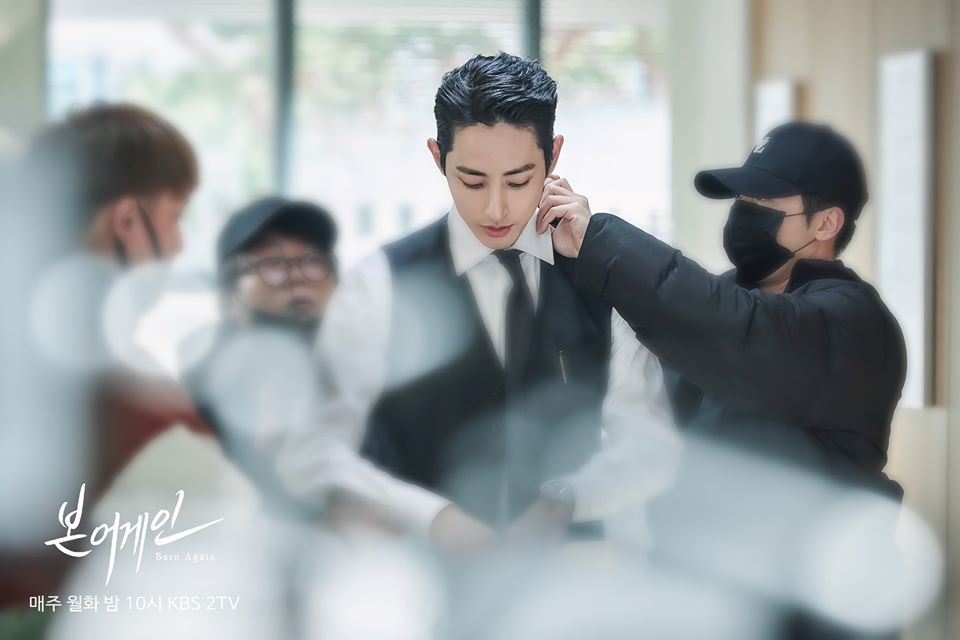 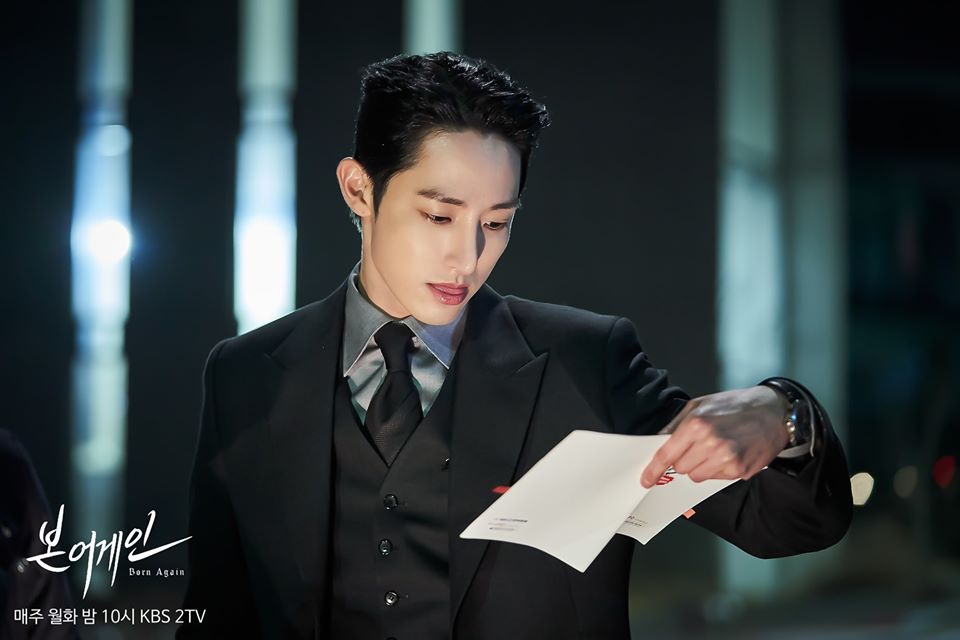 “Born Again” airs on Mondays and Tuesdays at 10 p.m. KST.