2020 has been a pretty difficult year—and we’re only halfway done—but K-dramas serve as a momentary escape that helps us heal and de-stress a bit. And although 2020 hasn’t been the greatest of times, in the world of K-dramas, it’s been pretty darn good. Here’s are eight K-dramas from this year that are definite must-watches!

Hyun Bin stars as the North Korean soldier Ri Jung Hyuk, who people can’t seem to get enough of these days, and Son Ye Jin plays the beautiful and charismatic Yoon Se Ri. In a freak accident while paragliding, Yoon Se Ri stumbles into North Korean territory where she meets Ri Jung Hyuk. He takes it upon himself to watch over her while he figures out a way to get her back to South Korea.

2020 was off to a great star in K-dramaland with “Crash Landing on You” coming into the new year as we were consistently blessed with the wonderful chemistry between Son Ye Jin and Hyun Bin. It is so romantic seeing the plot between a North Korean soldier and his beautiful rich actress unfold, and their love story consists of the perfect balance of sweetness, sadness, and some good humor. The drama is even more entertaining to follow with the romance of Seo Ji Hye and Kim Jung Hyun as well as the comedic relief provided by other supporting characters. 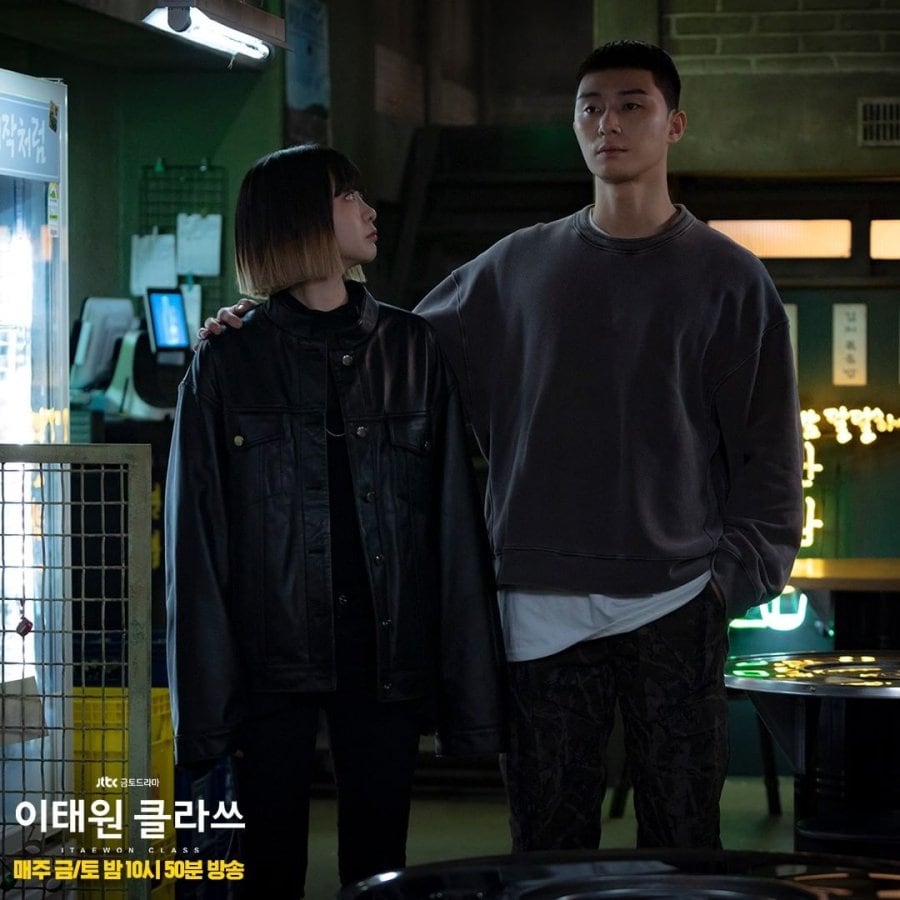 Park Sae Roy (Park Seo Joon) has been through a lot in his young life. His father was tragically killed in a hit-and-run accident, he was expelled from school, and he was sentenced to jail for three years. All this tragedy happened as a result of one family that owns the biggest restaurant chain in Korea. After getting out of jail, Sae Roy swears that he will get revenge and decides to open up his own restaurant called Dan Bam.

The character development of Park Sae Roy is the highlight of this K-drama. Seeing him work to get revenge on the family who tore his family apart makes this series worth the watch from beginning to end. It also helps that the members of the crew Park Sae Roy rounds up are very likable and eclectic. Him and his Dan Bam employees are a bunch of misfits, but they are characters everyone can relate to and root for. 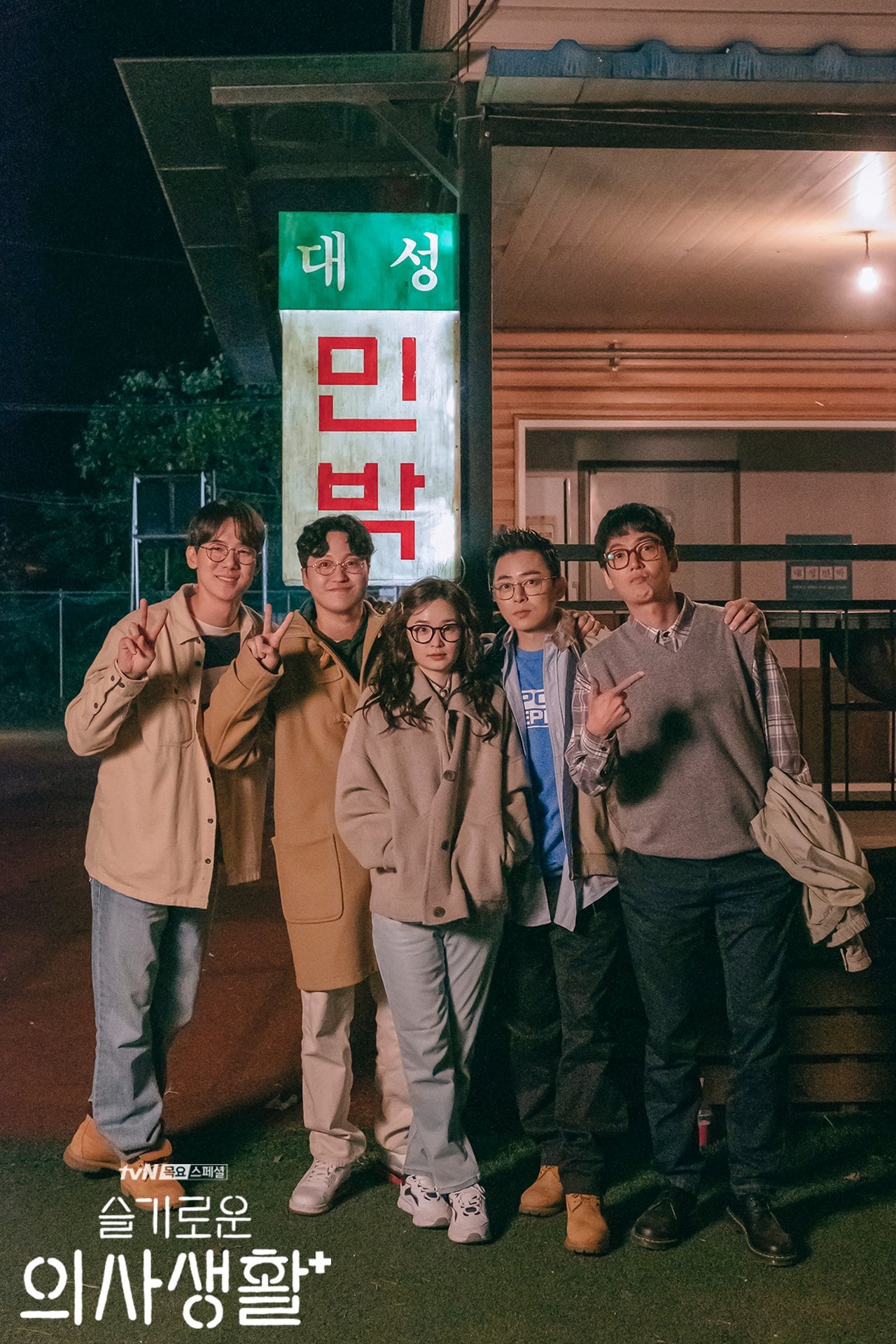 Jo Jung Suk, Yoo Yeon Seok, Jung Kyung Ho, Kim Dae Myung, and Jeon Mi Do star in “Hospital Playlist” as a group of five doctors who have been friends since medical school. The five of them all work at the same hospital, Yulje Medical Center. The story follows their friendship as well as the romance and patients that they deal with day to day. They also happen to form a band together.

These actors all seem like they were friends for 20 years in real life. Their interaction throughout the series seem effortless and are so much fun to watch! Seeing the history of their characters’ friendship really makes you reflect on your own close friends and at the same time, makes you wish you were part of this group. Their band performances (which the actors actually practiced for and performed themselves!) are impressive and add a sweet touch. Can’t wait for the next season! 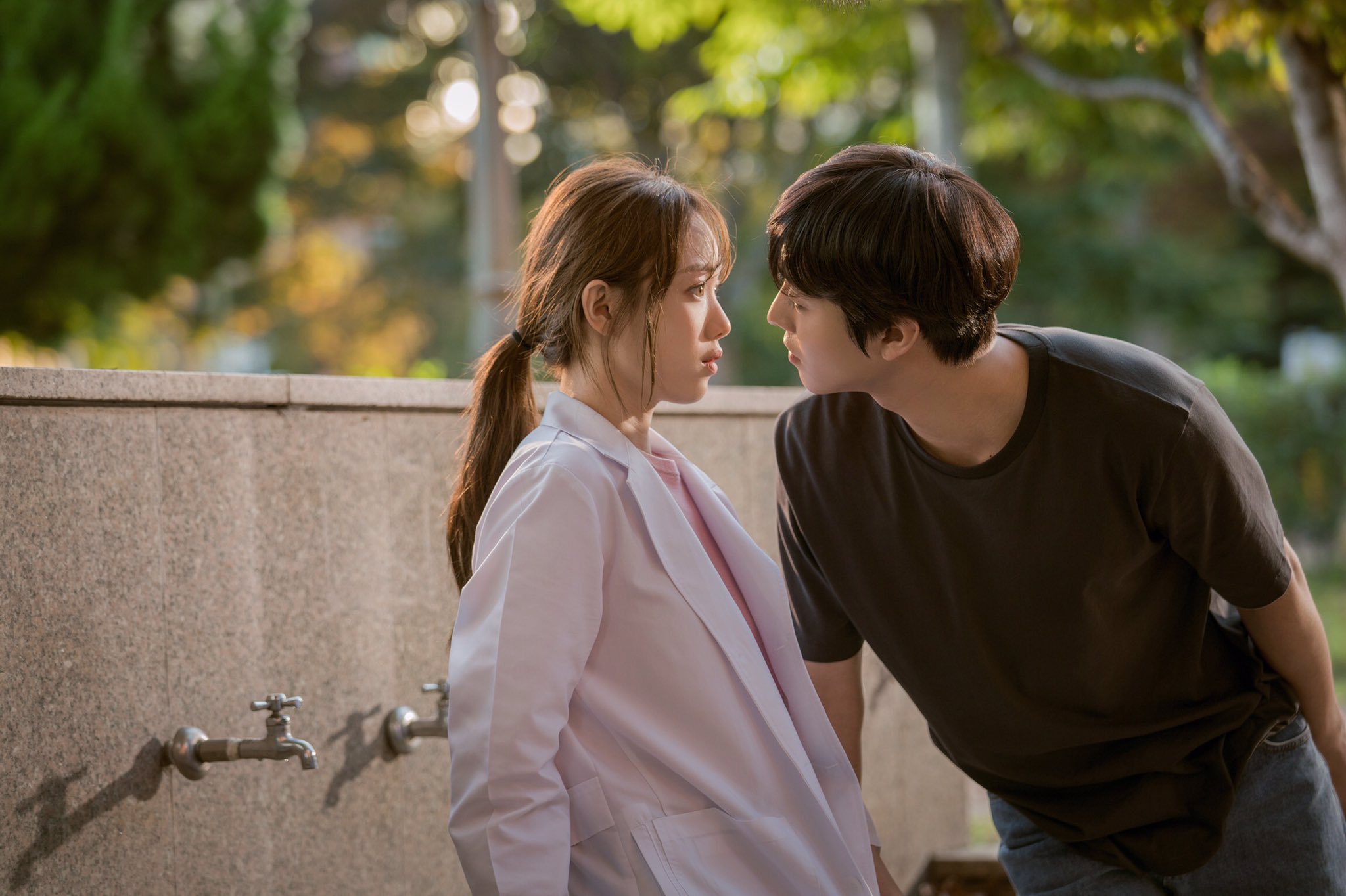 If you liked the first season of “Dr. Romantic,” then this drama is an obvious one to watch. It revolves around the fast-paced and emotional setting of a hospital where Doctor Kim (Han Suk Kyu), a guru surgeon, is the head. He scouts doctors and surgeons for his special hospital, which is how he comes across Seo Woo Jin (Ahn Hyo Seop). They are joined by Lee Sung Kyung‘s character Cha Eun Jae, who also gets placed at Dr. Kim’s hospital. 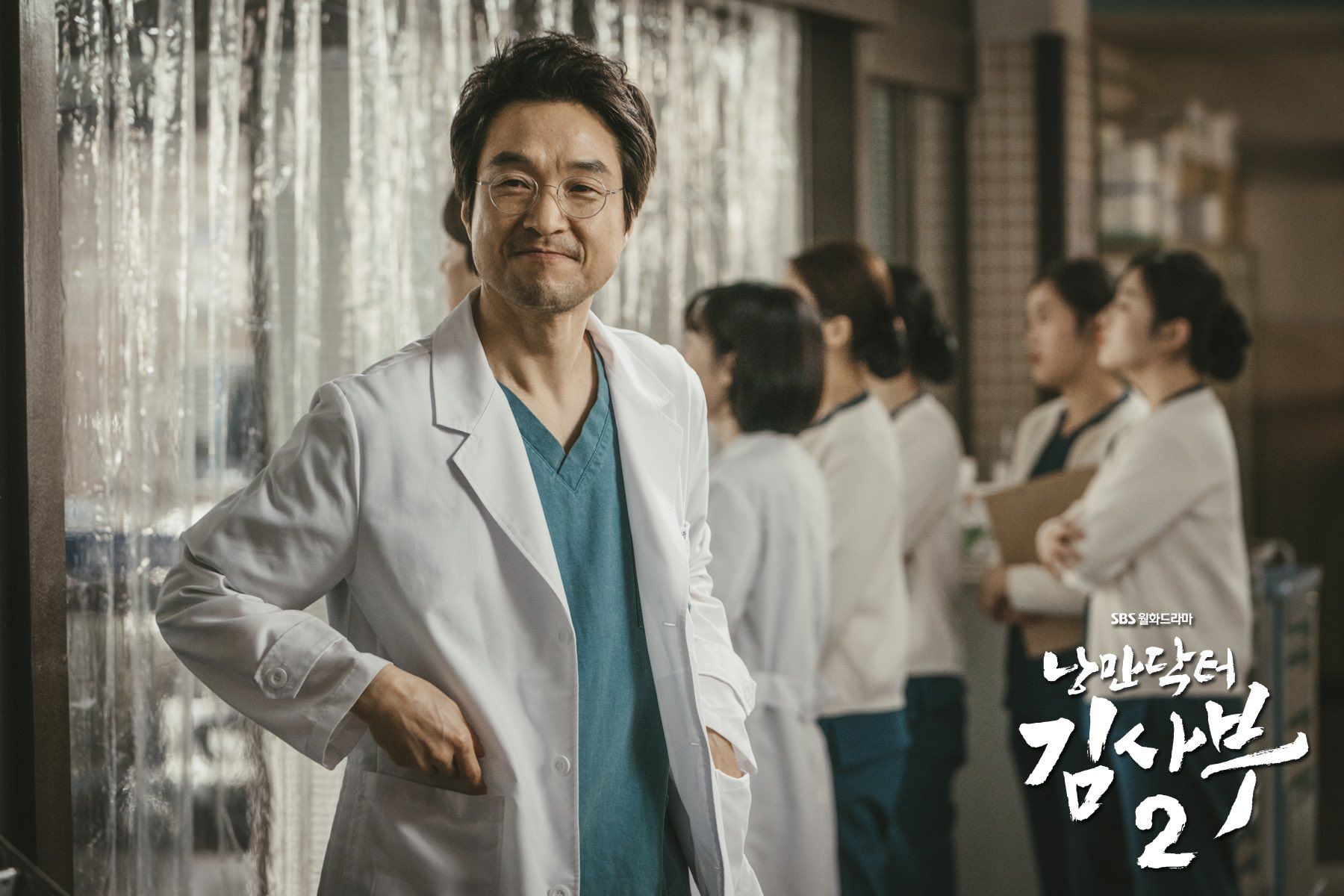 There’s an aura and mood that the Dr. Romantic series always gives off that seems to fair well with viewers. A lot of it can be owed to the character Dr. Kim and his knack for being able to diagnose people on a whim. He is also constantly trying to do what’s right and fair, which is a theme we can all get on board with. You’ll also appreciate the romance between Ahn Hyo Seop and Lee Sung Kyung—they are two visuals that seriously light up the screen! 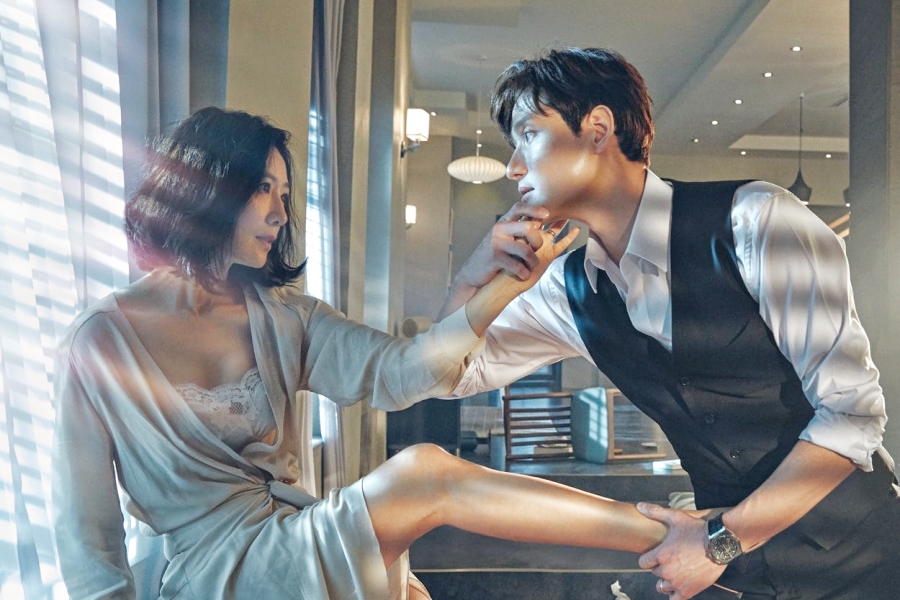 Ji Sun Woo (Kim Hee Ae) is a doctor who is married to Lee Tae Oh (Park Hae Joon). The two have a son, and they seem like a solid family except that she finds out her husband is having an affair. She is caught in a whirlwind of lies and betrayal from several people, and it makes it impossible for her to trust anyone. She tries her hardest to discover the truth and to get revenge on her husband.

Kim Hee Ae as Ji Sun Woo is a BOSS.

“The World of the Married” is the highest rated K-drama on a cable network ever and for good reason. This series really keeps your heart going, and the cliffhangers at the end of every episode are enough to make your hands sweaty. We can’t fail to mention the beauty and talent that is Kim Hee Ae and her portrayal as the strong Ji Sun Woo. Her determination to get revenge and seek truth really drove the series home and made it so successful. 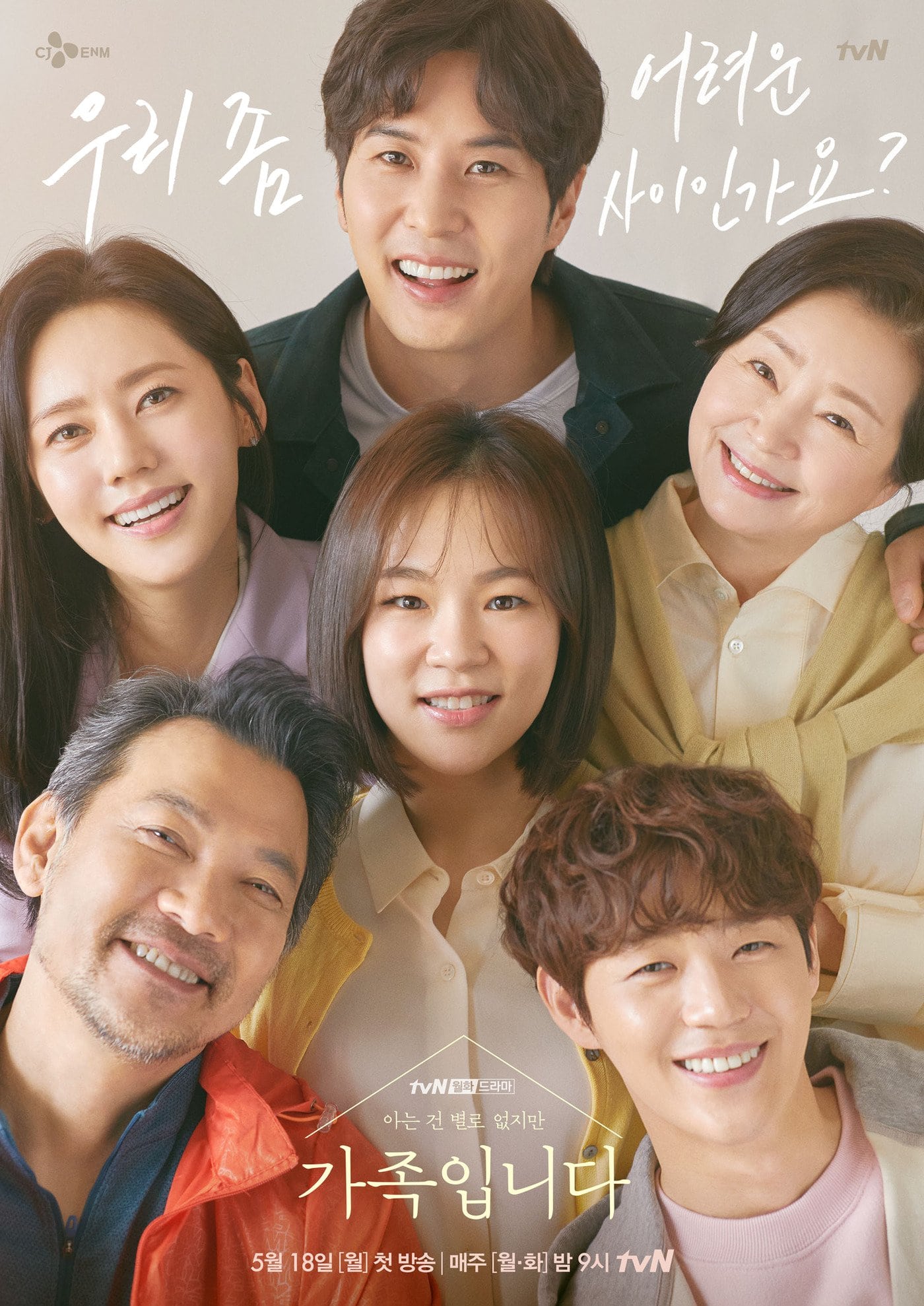 The relationship between family members is like a rollercoaster, which is what “My Unfamiliar Family” is all about. Kim Eun Hee (Han Ye Ri) is the middle child in the family and is often the one who is overlooked. She has an estranged relationship with her older sister, Kim Eun Joo (Choo Ja Hyun), but is later able to reconcile their relationship. Along with this are other complicated issues within the family that Eun Hee slowly uncovers. 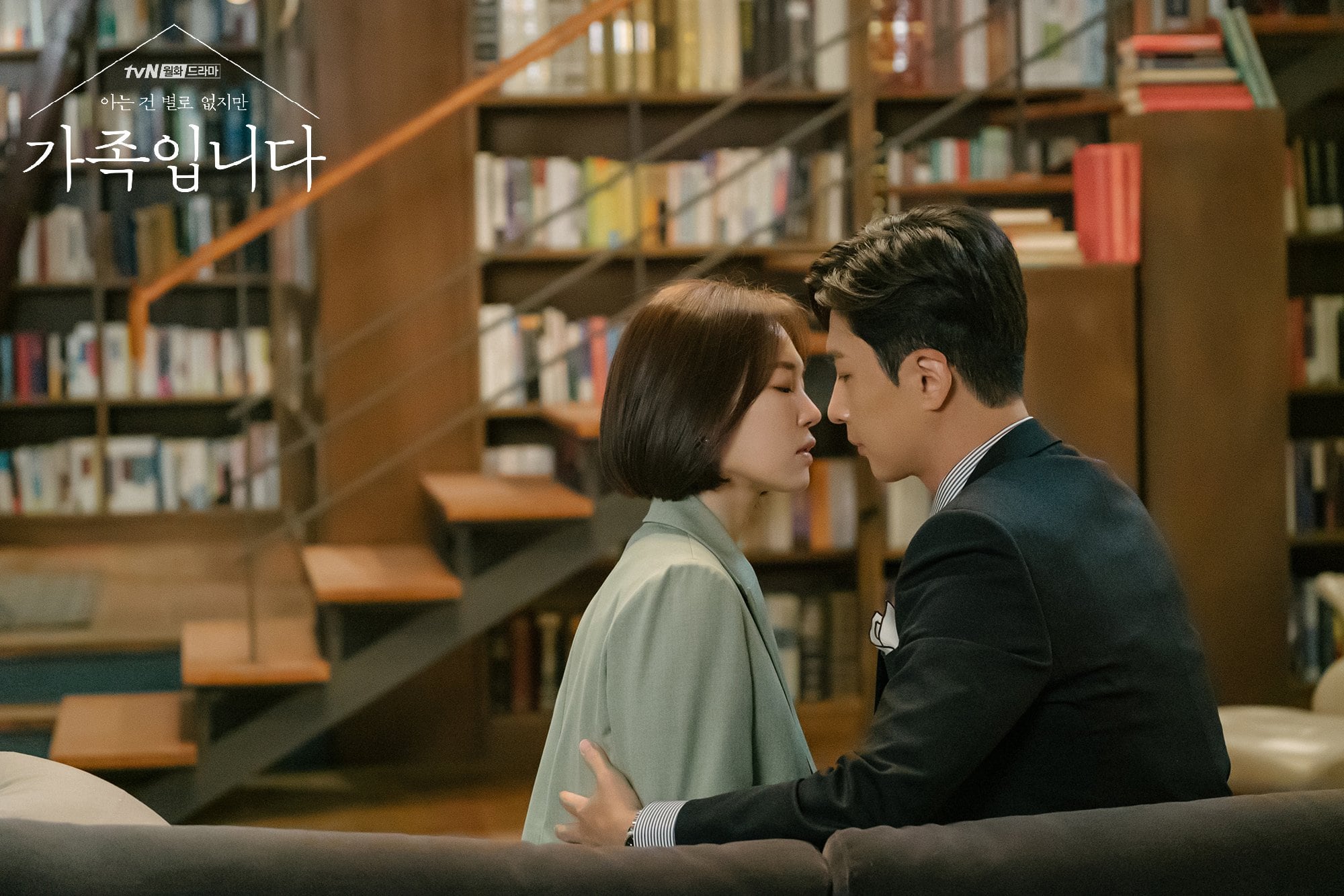 There’s so much going on in this series that it really makes for a great dramatic series. It’s not only the complicated relationship between family members, but the storylines of friendship and love also make it so good. Through the character Eun Hee, viewers are able to really feel the drama and emotions that one goes through while being in a tumultuous family. In the midst of trying to figure out and fix her family problems, she is also involved in a serious love triangle that complicates her life even further. It’s a series with a lot of depth and realism; one of the best family dramas that has aired in a long time!

Start watching the first episode of “My Unfamiliar Family” here: 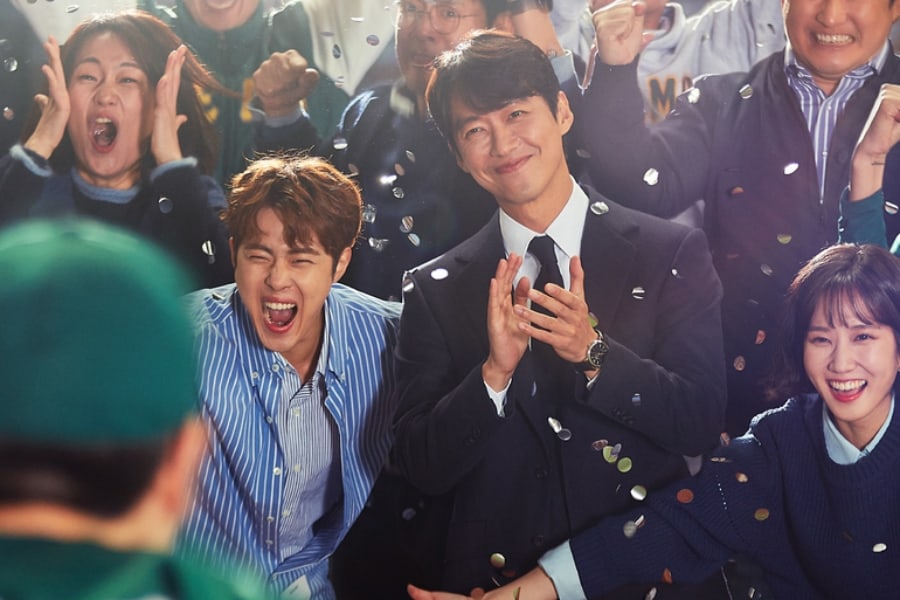 Namgoong Min stars as Baek Seung Soo, a new general manager who must do his best to overturn the losing streak that the baseball team Dreams has had to endure for far too long. They are in last place, and Seung Soo is hired to try and improve their team, but he does far more than this. He challenges the higher ups and pushes them to make decisions in order to create the perfect team that can win a championship. The series also stars Park Eun Bin as Lee Se Young, the operations manager who has devoted her life to the team. 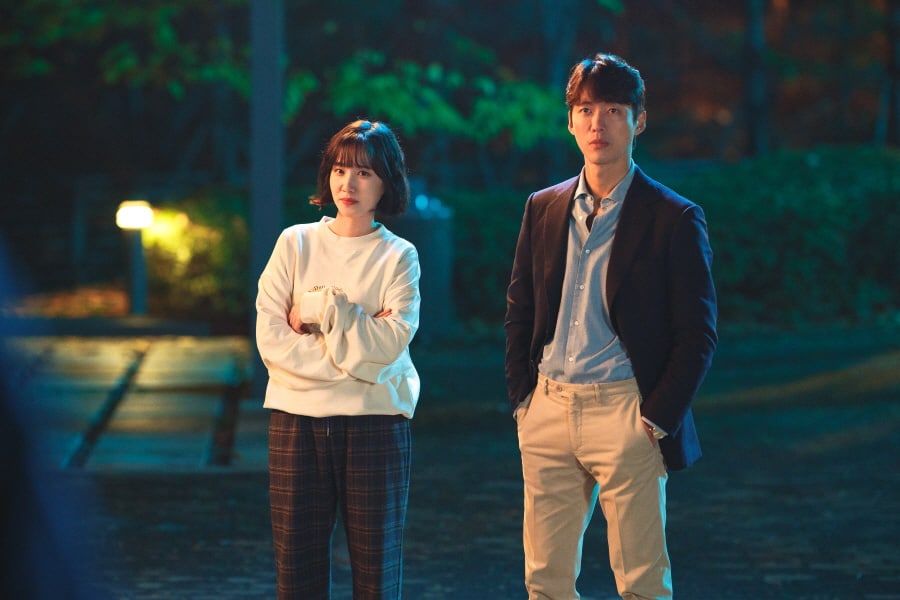 This is arguably Namgoong Min’s greatest role yet. There is something so nostalgic and heartwarming about watching baseball flicks and shows, which is probably why “Stove League” really hits it home. There is also the obvious fact that the script does a great job of drawing viewers in from the first minute of the series! The fact that it won Best Drama at the 2020 Baeksang Arts Awards also proves just how much this drama shines. Even without the love story aspect, “Stove League” is a drama that will win your heart. Seeing the players on the Dreams team go through so much to become a solid team is so uplifting to see and the very K-drama we needed this year. Go Dreams go! 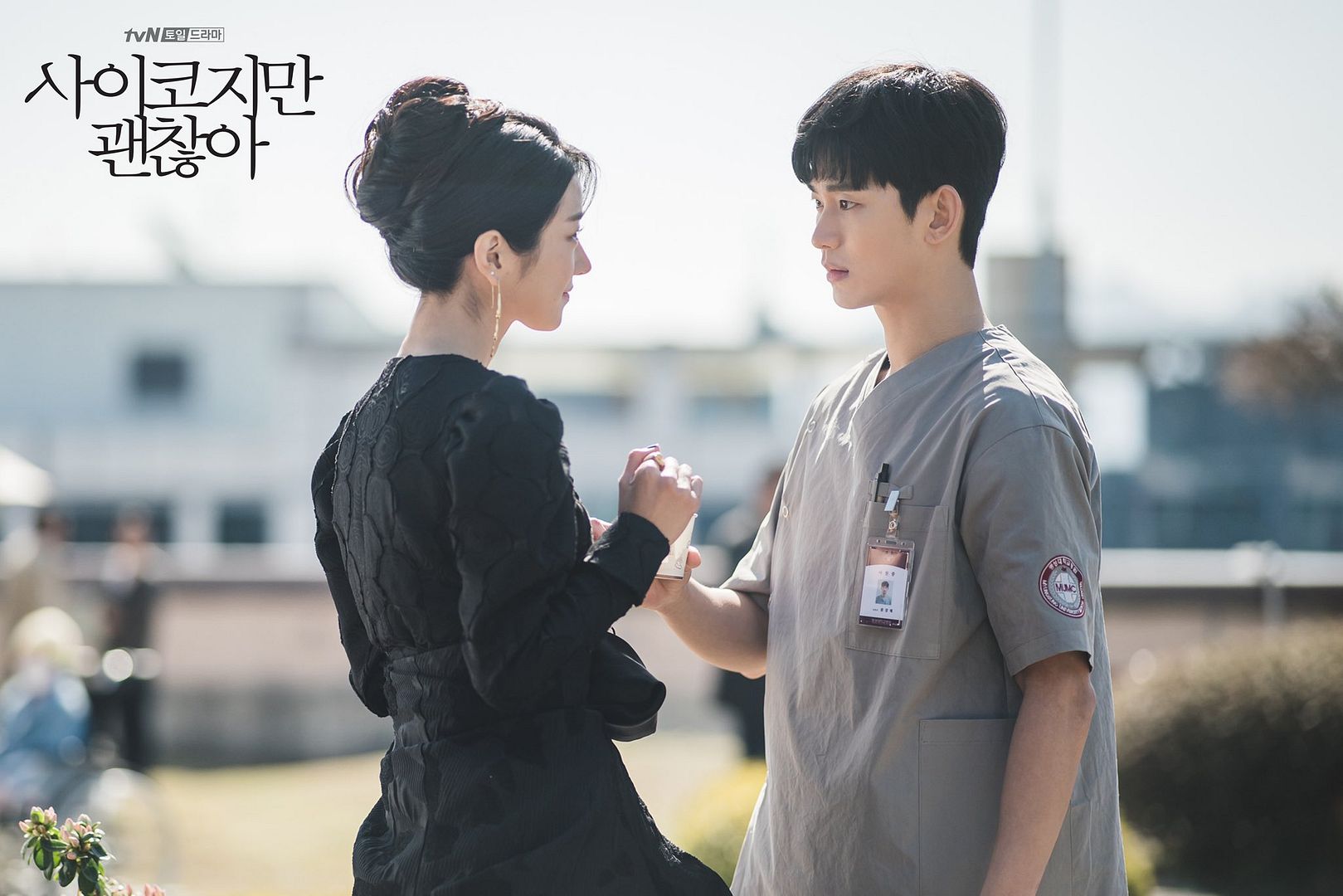 Moon Kang Tae (Kim Soo Hyun) works as a caregiver in a psychiatric hospital. He meets a woman named Go Moon Young (Seo Ye Ji) who writes dark children’s books, and she takes a strong liking to him. She is determined to win Kang Tae’s heart, but Kang Tae can’t be bothered with romance and relationships because he is devoted to taking care of his older brother Moon Sang Tae (Oh Jung Se) who is autistic.

It hasn’t been too long since this series has started, but it’s already creating quite the buzz. Aside from the fact that it’s Kim Soo Hyun’s comeback K-drama since he was discharged from the military, the storyline is fascinatingly brilliant. It’s got an ethereal, dark tone, and the acting by the main cast is to be applauded. Park Shin Woo, who also directed “Encounter” and “Don’t Dare to Dream,” also needs to be spotlighted as his artistic production of this series has been so impressive. There’s definitely so much more to look forward to in this series!

Honorable mentions: “The King: Eternal Monarch,” “Chocolate,” “I’ll Go to You When the Weather is Nice,” and “Kingdom 2.”

Hey Soompiers, which K-drama has been your favorite so far this year? Let us know in the comments below!

Currently watching: “My Unfamiliar Family,” “It’s Okay to Not Be Okay,” and “Heart Signal 3”
All-time favorite dramas: “Secret Garden,” “Goblin,” “Because This Is My First Life,” “Star In My Heart”
Looking forward to: Won Bin‘s return to the small screen