Chinese actor Steven Zhang (Zhang Xin Cheng) is creating big waves in Chinese dramaland as one of the hottest rising stars in 2020. His popularity soared after starring in the recently concluded slice-of-life drama “Go Ahead.” The drama received critical acclaim for its beautiful portrayal of an unconventional family comprising of three non blood-related siblings raised by their two fathers. The drama trended daily on Chinese social media platforms as netizens discussed the various themes and topics showcased on the show: familial love, friendship, the pains of growing up, and remaining positive after experiencing the injustices and struggles of daily life.

Steven in particular has been receiving a lot of attention and tremendous praises for his excellent portrayal of He Zi Qiu, a kindhearted, devoted, and affectionate man who secretly yearns for his birth mother who abandoned him. The beloved character frequently moved audiences to tears, making them feel his inner heartache and turmoil. Despite all the misfortunes he faces, He Zi Qiu will also make you roll with laughter with his innocent and pure personality and silly antics.

The talented rising actor is not new to audiences as he’s starred in various dramas and films since his debut in 2013. As a graduate of the prestigious Central Academy of Drama, Steven is known for touching audience’s hearts with his impressive acting and memorable roles. Now that “Go Ahead” has finished airing, you’ll naturally want to check out Steven’s other works. You’re in luck, as we’ve compiled a list of Steven’s dramas for you to add to your watch-list. Check them out below! 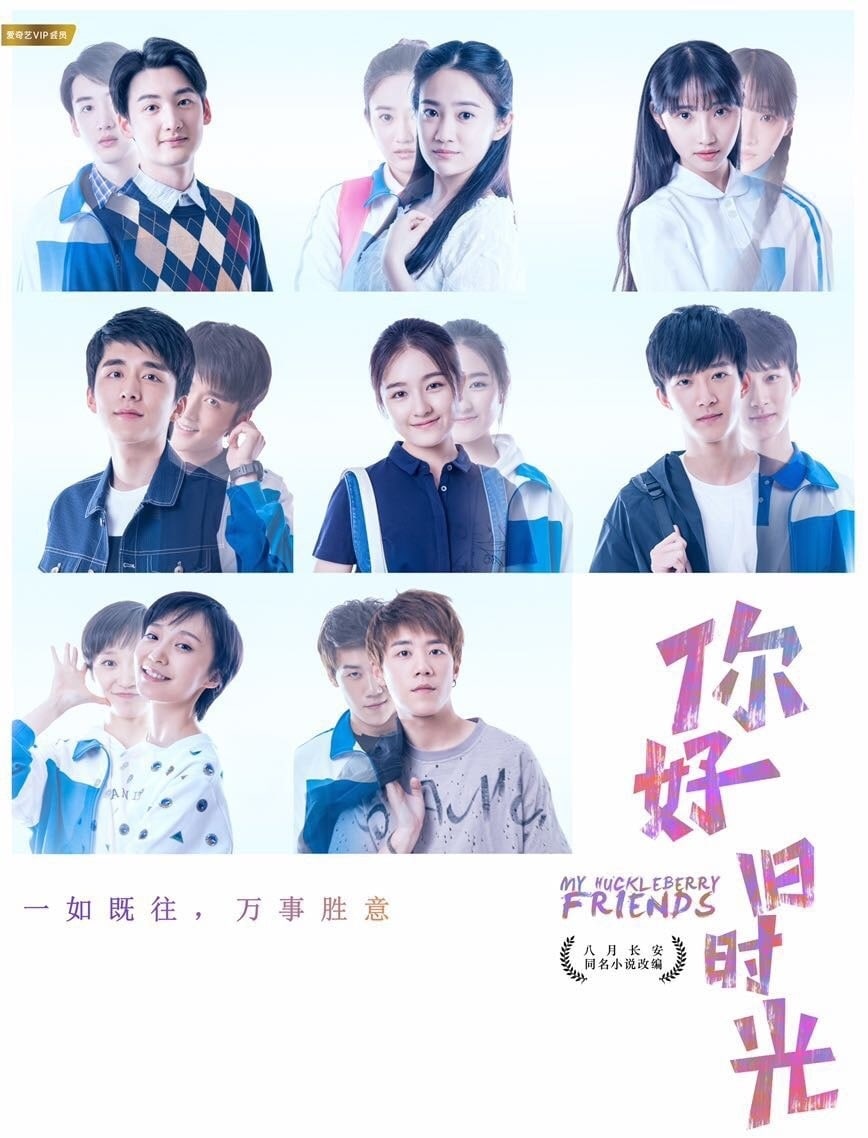 “My Huckleberry Friends” is the drama adaptation of Ba Yue Chang An’s novel “Hello, Old Times” and is the companion piece to “With You,” as the two share the same timelines and character connections. Landy Li plays Yu Zhou Zhou, who meets Lin Yang (Steven Zhang) on the first day of elementary school, and the two become best friends. Later on, terrible rumors spread in school about the two, and Lin Yang’s parents request him to stay away from Zhou Zhou, leading their friendship to fall apart. In order to escape from Lin Yang and her former classmates and make a fresh start, she attends school at Zhen Hua High School, but she later finds out Lin Yang is also attending the same school.

Zhou Zhou is also a math prodigy, and she defies her parents and teachers’ expectations by electing to study liberal arts. She goes through many hardships at school, leading her to reconnect with Lin Yang. With his sunny and upbeat personality, Lin Yang helps Zhou Zhou get through her difficult times, and she realizes Lin Yang, whom she always treasured deep in her heart, is a true friend who will always be there for her. 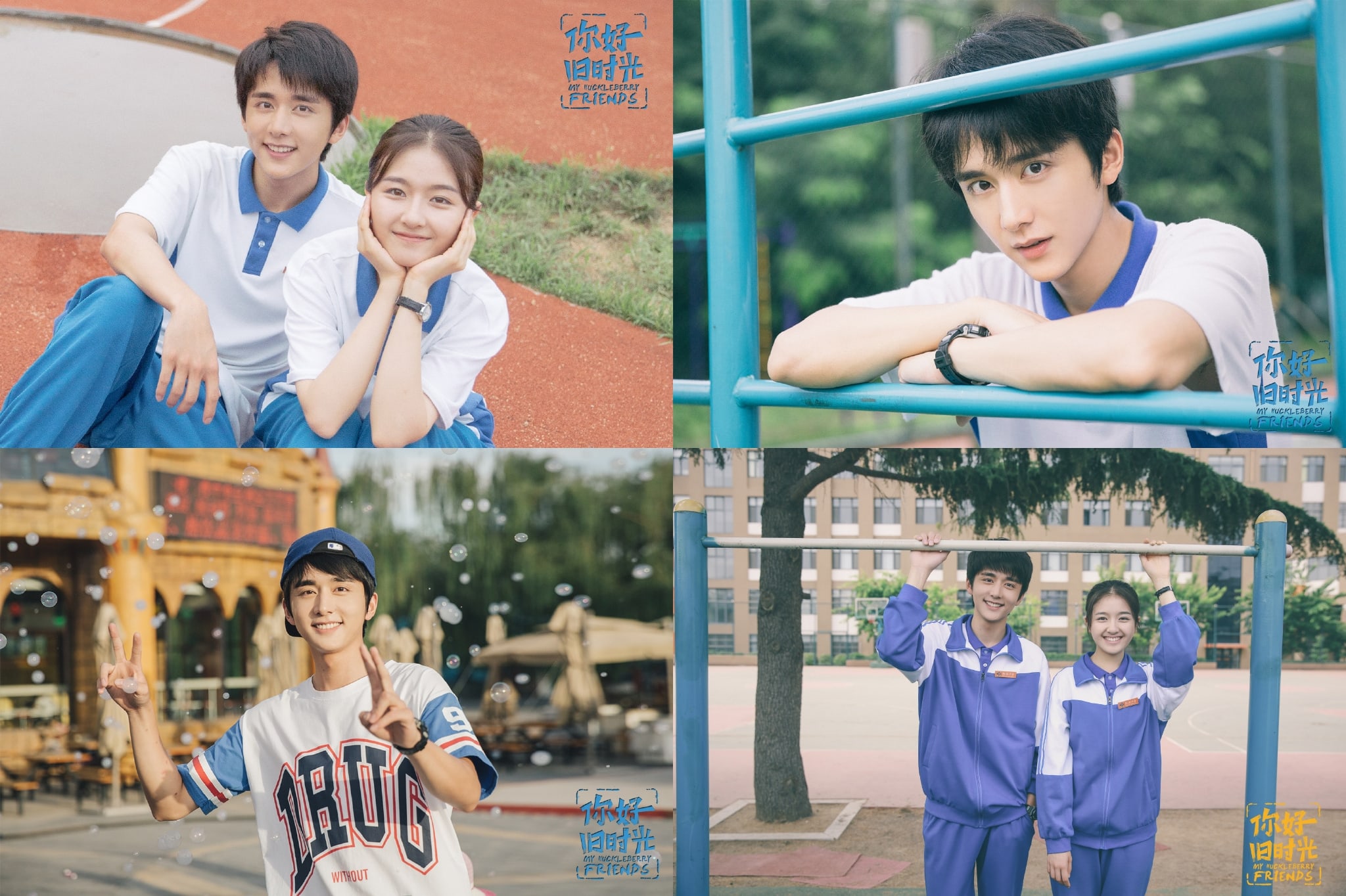 “My Huckleberry Friends” was highly praised for its perfect blend of family, friendship, and romance and for featuring a timeline fully capturing the cute, humorous, and touching little moments of youth. The nostalgic slice-of-life drama won the Outstanding Television Series award at the 5th Hengdian Film and TV Festival of China. Coincidentally, this is also Steven’s first drama in a leading role, and it helped him gain recognition in 2017. His portrayal of Lin Yang in “My Huckleberry Friends” earned him the Best New Actor Award at the 7th iQiyi All-Star Carnival. Your heart will surely melt with Steven’s depiction of Lin Yang’s incredibly sweet character with his affection for Yu Zhou Zhou, whom he deeply loves and is very protective of. 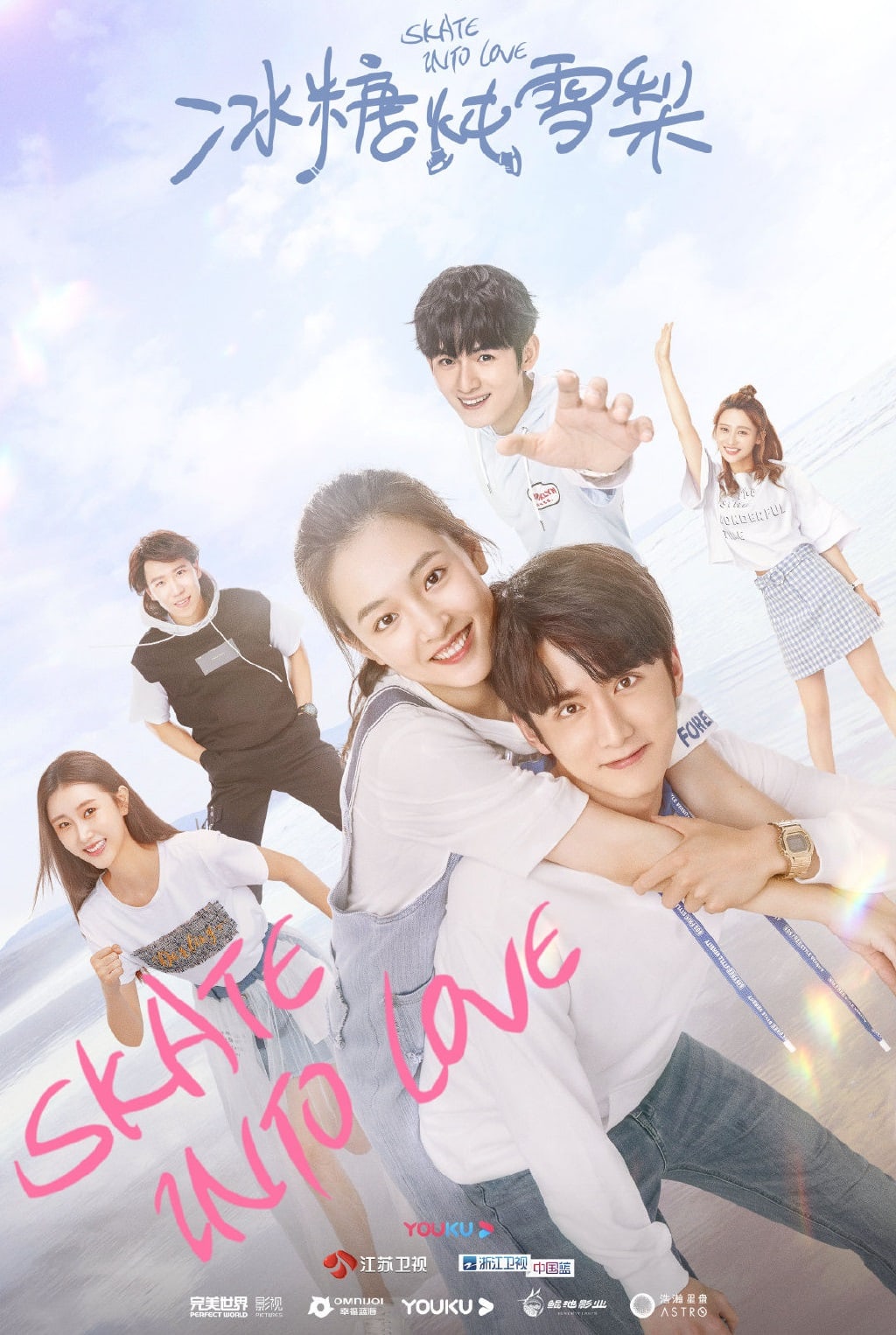 “Skate Into Love” follows the story of a pair of childhood frenemies, speed skater Tang Xue (Wu Qian) and an ice hockey player named Li Yu Bing who share big dreams on the ice. They two were desk-mates in elementary school, and Li Yu Bing was a timid and cowardly boy who was often bullied by Tang Xue. The two meet again six years later at Lin Cheng University, where Li Yu Bing is the school’s star hockey player, while Tang Xue has quit speed skating after a terrible injury. Li Yu Bing ends up tricking Tang Xue into being his assistant as a form of revenge for all the bullying during their elementary school days. 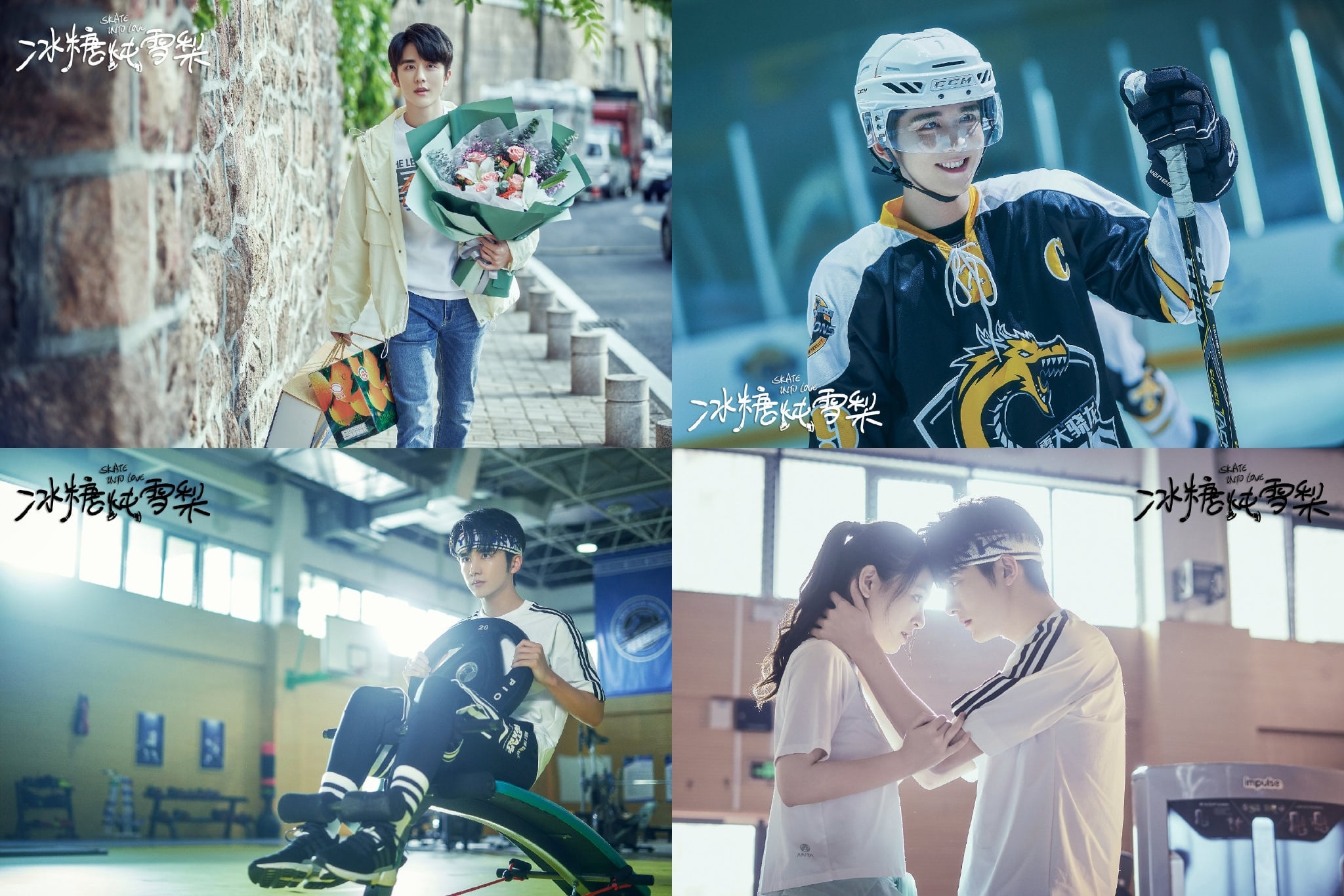 “Skate Into Love” is the drama that put Steven on the map earlier this year, helping him gain millions of new fans domestically in China and internationally. Drama viewers quickly fell in love with his character the “Ice God,” Li Yu Bing, who’s immensely passionate for hockey. His character is truly boyfriend goals, as he is Tang Xue’s biggest supporter. With his intervention and encouragement, he helps Tang Xue to find the courage to chase her speed skating dreams again. Our OTP Tang Xue and Li Yu Bing have incredible chemistry as they have many sweet and hilarious moments together with their continuous bickering that naturally transitions into genuine care and love for each other. “Skate Into Love” is a heartwarming and inspiring romantic comedy that you don’t want to miss out on! 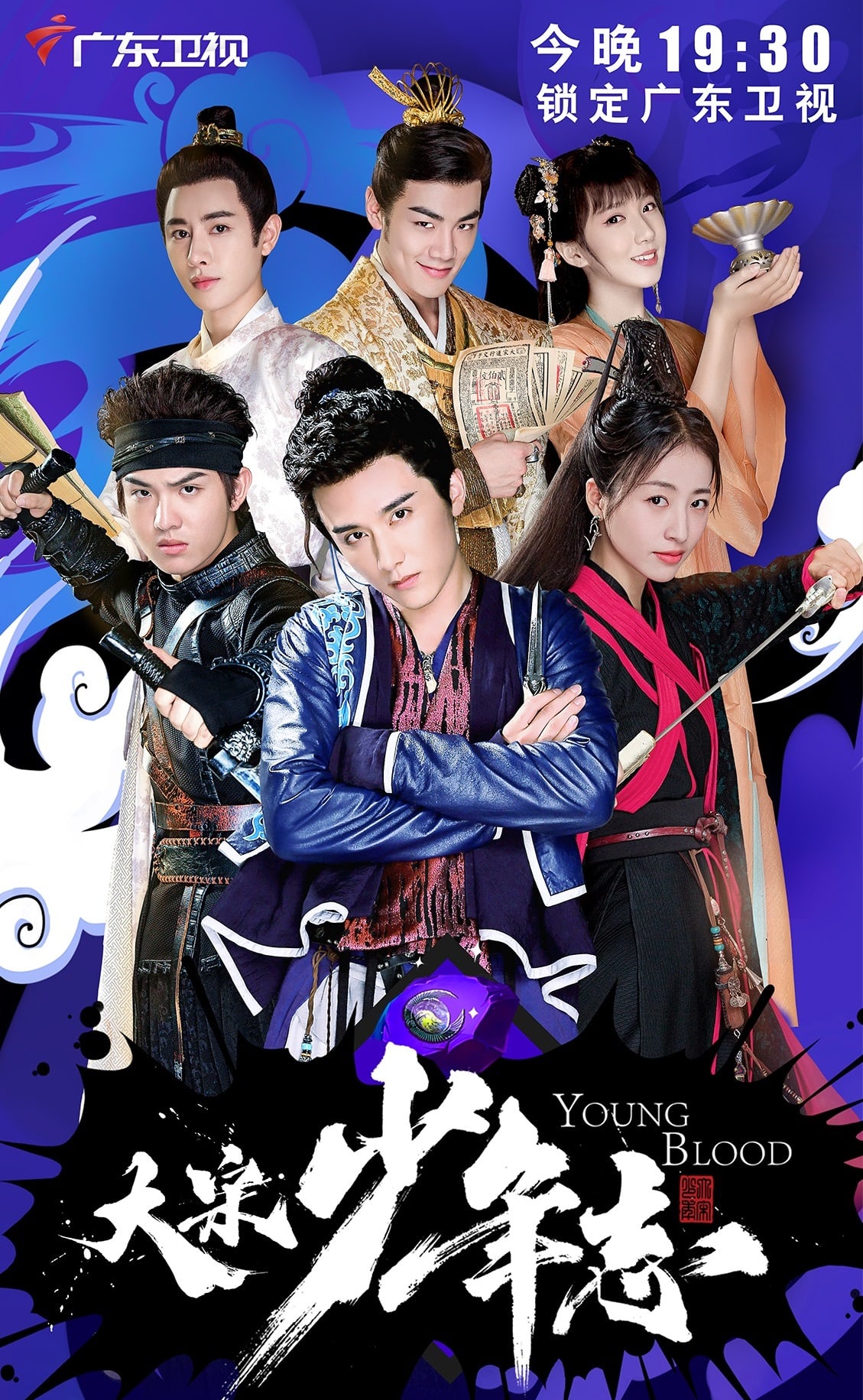 Steven starred in his very first historical drama last year called “Young Blood.” The story is set during the Northern Song Dynasty, which is is at war with the Western Xia. It’s a dangerous and turbulent time as spies have infiltrated the capital to gather intelligence on the Northern Song government. In order to protect their country, six young individuals are selected to undergo rigorous training and form a team of top elite spies. Upon joining the team, the six individuals often clash due to their differing personalities, backgrounds, and hidden agendas. However, as they complete and face various life-or-death missions, they learn to trust each other and become a formidable team with a strong friendship. 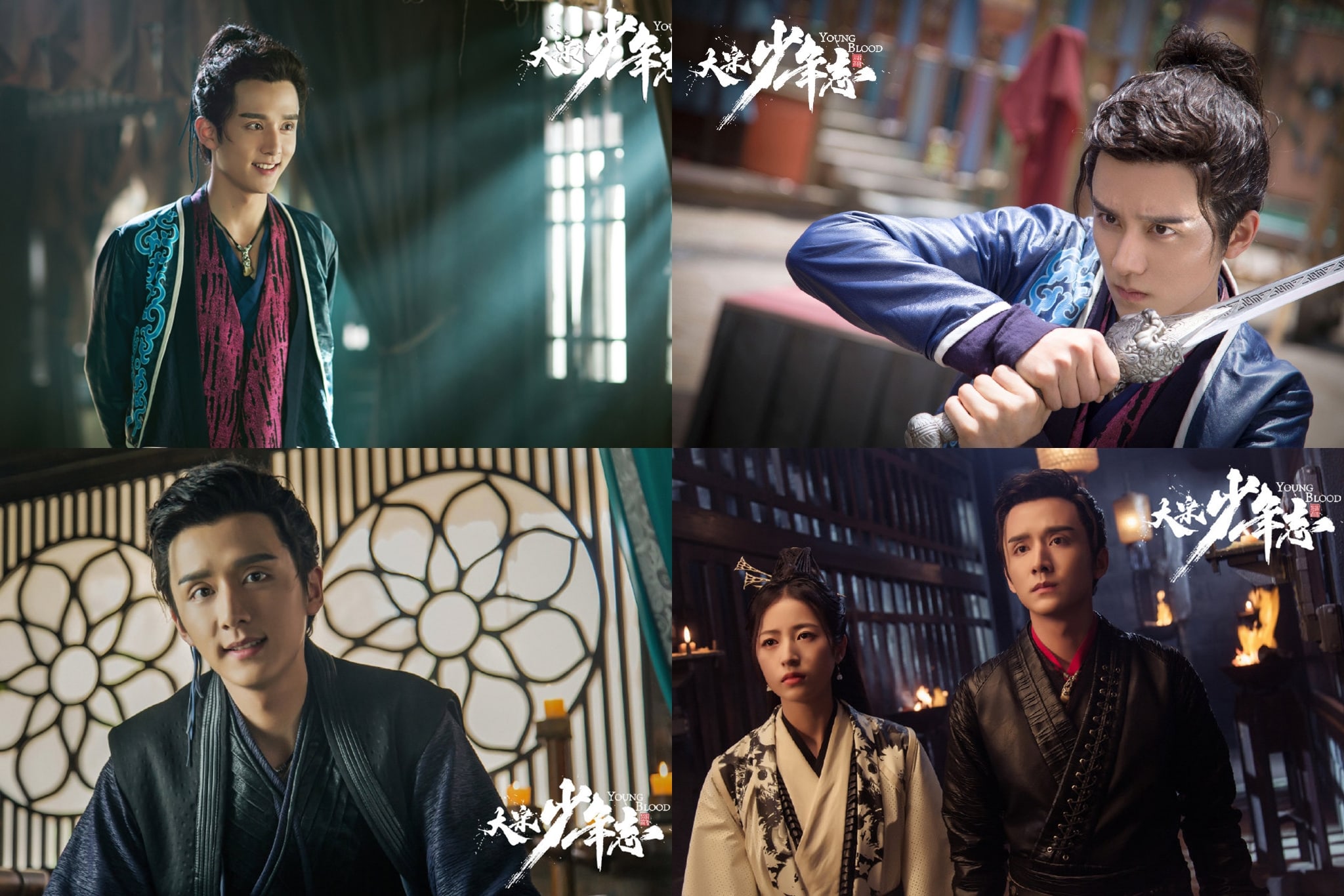 “Young Blood” garnered positive reviews for its portrayal of individuals chasing their dreams and showcasing patriotism for their country. Viewers also praised the drama for its captivating characters and the unpredictable plot twists throughout the show. In the drama, Steven plays Yuan Zhong Xin, who works alongside Zhao Jian (Zhou Yu Tong) in leading the elite team of spies. Audiences loved his mischievous, street smart character Yuan Zhong Xin, who is not only super intelligent, but also an honorable, kindhearted, and trustworthy man who fully stands by his friends and family. 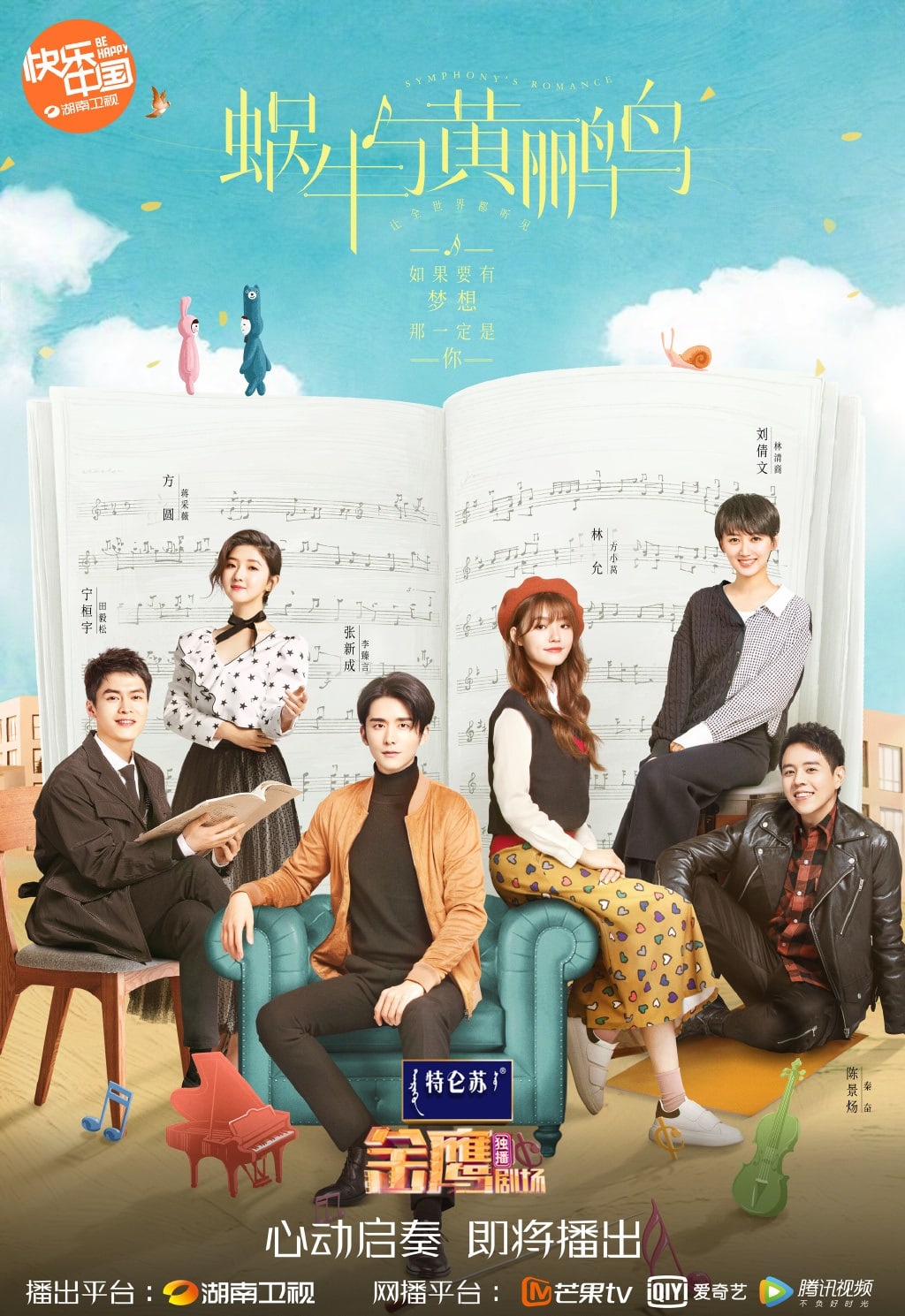 In “Symphony’s Romance,” Steven plays Li Zhen Yan, an immensely talented musician who receives offers to study abroad from various prestigious music schools from across the world. However, Li Zhen Yan suffers from severe childhood trauma and puts a halt to his music career as he is afraid to step out into the wider world with his past continuing to haunt him. Things begin to change when he meets the extraordinarily gifted pianist Xiao Wo (Jelly Lin), who is considered to be even more talented than Zhen Yan. Xiao Wo is not your typical heroine, with her eccentric personality and quirky behavior, but Zhen Yan can’t help but feel intrigued by her as they both share the same passion for music. As the two spend more time together, Zhen Yan begins to slowly heal from the wounds of his past, and with Xiao Wo’s help, he finds the courage to pursue his dreams. 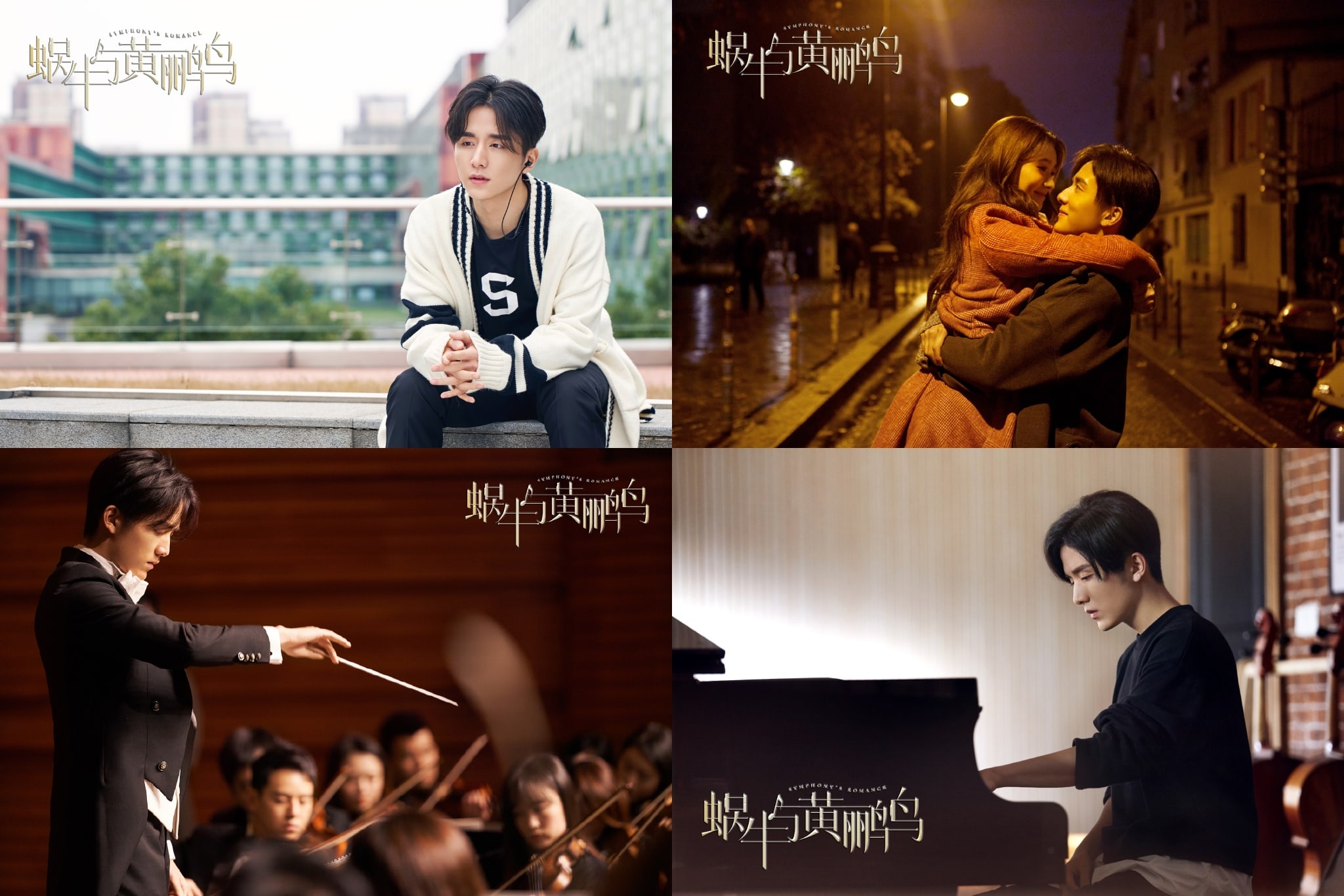 Although “Symphony’s Romance” is an adaptation of “Nodame Cantabile,” it’s a toned down version compared to the craziness in the Korean and Japanese counterparts, making it more of a standalone drama. Our male lead Li Zhen Yan seems arrogant and aloof on the outside, with high standards for music and life. He’s always dreamed of being a conductor, but he cannot move forward in life, as he’s trapped by the ghosts of his past. Drama fans loved Steven’s portrayal of Li Zhen Yan, as he is a much kinder, gentler, and sweeter version in contrast to the character in the original Japanese drama.

The romance between our OTP Xiao Wo and Li Zhen Yan can be described as much more mature and grounded, as their relationship develops naturally from mutual admiration to a partnership where they see each other as equals, both personally and professionally. They work together as a team to fully support each other’s ambitions and dreams, while also helping each other through their adversities and insecurities. Besides being a romantic comedy, it’s also an inspirational drama that focuses on friendship, personal growth, and following your dreams.

Hey Soompiers, are you a fan of Steven Zhang Xin Cheng? Which drama(s) is your favorite? Let us know in the comments below!

Currently watching: “Lost Romance,” “Dating In the Kitchen,” and “Record of Youth”
All-time favorite dramas: “Nirvana In Fire,” “Queen In Hyun’s Man,” “A Witch’s Romance,” “Love O2O,” “Skate Into Love” and “My Mr. Mermaid”
Looking forward to: “Legend of Fei,” “Ancient Love Poetry,” “Glory of the Special Forces,” and “The Oath of Love”