There’s something about autumn that brings on the feelings of nostalgia and longing. The beautiful scenic views and foliage make us want to cuddle up with a good K-drama. If you’re looking for a series that makes you feel all this about fall and more, check out these recommendations! Hope you fall for these dramas like we did!

This drama, written by Kim Eun Sook, involves a goblin (played by Gong Yoo) and his bride (played by Kim Go Eun). The two embark on a whirlwind of a romance and are faced with a lot of serious and supernatural obstacles that jeopardize them from being together. Sounds a lot different from the K-drama tropes that we’re used to, right?

One of the most poignant production aspects of “Goblin” was hands down the cinematography. The scenic views and camera angles brought the story and emotions that the characters all felt to life. What added to this was how most of the scenes were filmed in fall, which made for a greater impact. How can we forget that epic scene when the goblin first realizes that he loves Ji Eun Tak? The backdrop of the fall season made for several memorable scenes that we’ll surely never forget! 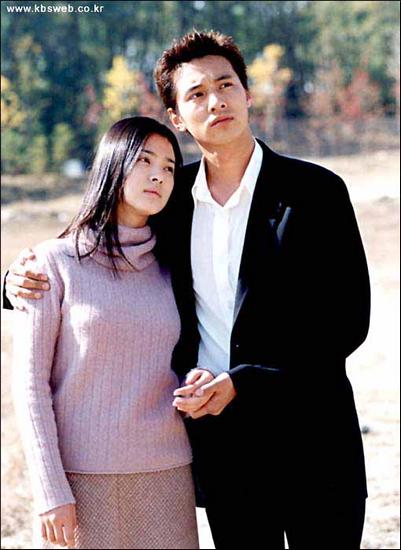 “Autumn In My Heart” stars Song Hye Kyo as Yoon Eun Suh and Song Seung Heon as Yoon Joon Suh. The two are siblings who find out that they are not blood related. Eun Suh was switched at birth by accident and decides to go live with her biological mother. After years of being separated from Joon Suh, the two meet again by chance and realize that they are in love with each other. 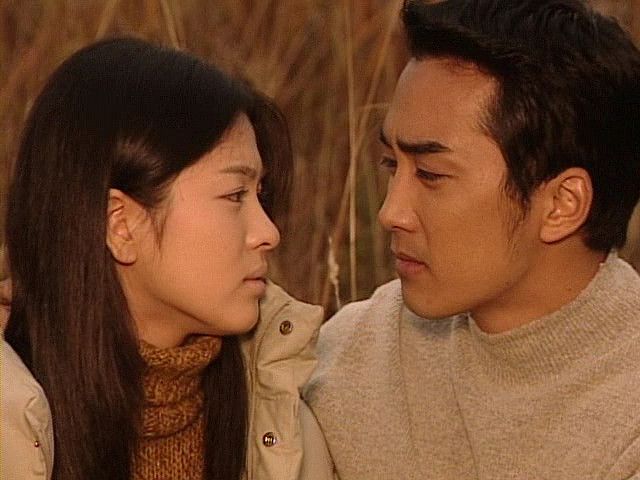 An autumn K-drama list is nothing without the mention of the epic classic, “Autumn In My Heart.” This drama starred some of the biggest Hallyu stars ever, and at the time, Song Hye Kyo’s fall fashion was strived for. The long skirts and cowl neck sweaters seemed to be the perfect trend for the fall weather. With the beautiful autumn scenes and Song Hye Kyo’s effortless beauty, it made the scenes so visually appealing. 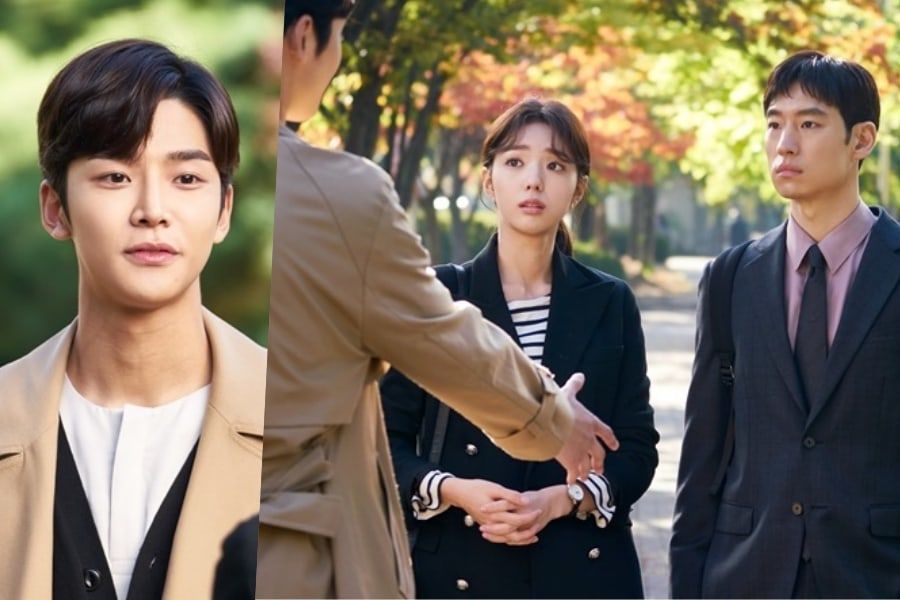 Lee Soo Yeon (Lee Je Hoon) works at the airport and is considered to be a genius. He harbors a deep secret that no one knows about and he makes sure to keep his distance from his coworkers. He meets Han Yeo Reum (Chae Soo Bin) who also works at the airport, and he takes a strong liking to her. She is the opposite of Soo Yeon and is not afraid to express her thoughts and feelings. Despite this, they engage in a whirlwind of a romance.

There’s something about a romantic scene with colorful leaves surrounding the OTP that makes it so breathtaking. In several scenes throughout the drama, when the pair have a serious or sweet conversation, the beautiful setting behind them somehow manages to exemplify their romance. 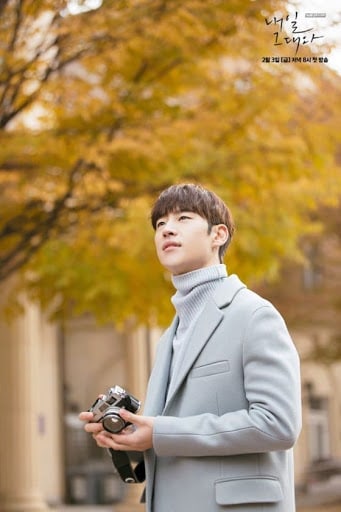 Yoo So Joon (Lee Je Hoon) travels into the future by riding the subway. He discovers while in the future that Song Ma Rin (Shin Min Ah) dies in a car accident, and he decides to save her, which is how they end up meeting. After traveling again to the future, he sees that what will happen is even worse. In order to prevent this from happening, he takes the initiative to get closer to Ma Rin to find out more, which is how he falls in love with her. He takes it upon himself to stop her impending death at all cost.

Another Lee Je Hoon drama for this list, this one in particular has a different storyline in that it involves time travel. The best part, besides seeing the sizzling chemistry of Shin Min Ah and Lee Je Hoon, is seeing the fall fashion of both mega stars. Maybe it’s their perfect visuals, but their presence suited the fall weather so perfectly, which made the whole drama come together effortlessly. 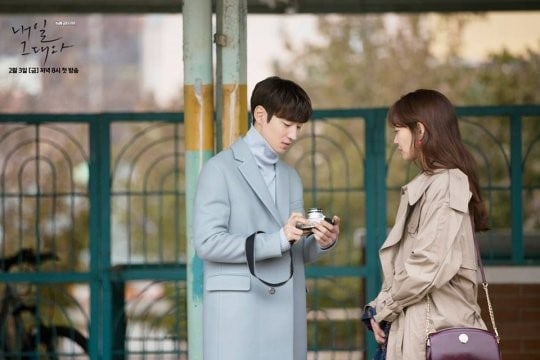 You can watch the series here: 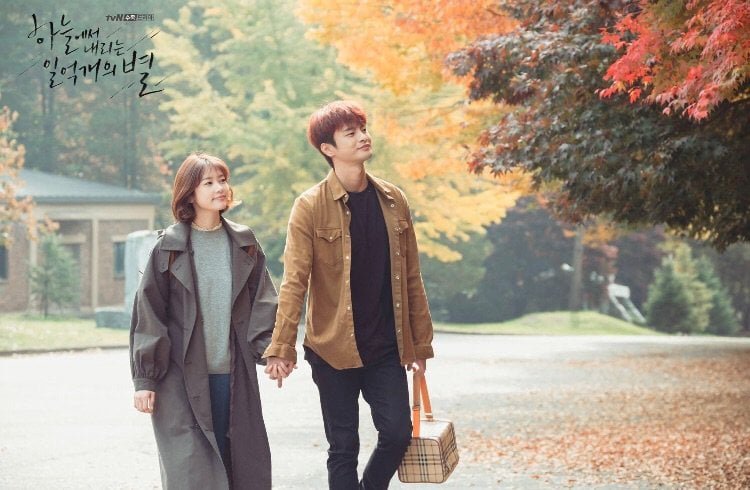 Starring Seo In Guk as Kim Moo Young and Jung So Min as Yoo Jin Kang, “The Smile Has Left Your Eyes” is definitely different from any K-drama you’ll watch this year. Moo Young is a man with a lot of baggage who does not know the truth about what happened to his parents when he was a child. He meets and falls in love with Yoo Jin Kang, and although her initial impression of him is pretty negative, she comes to fall in love with him too. Jin Kang also being adopted as a child by her older brother (played by Park Sung Woong) plays into the entangled web of mystery that lies in their past. 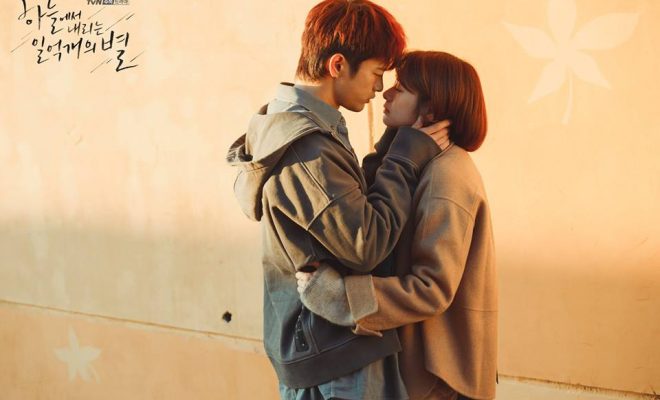 The feel of this particular series at first is pretty mysterious and unique from other K-dramas. As viewers, we are trying to uncover the mystery that is behind Kim Moo Young and his tragic past. As he continues to be a mystery throughout the story, he falls in love with Jin Kang and the whole vibe of their romance perfectly suits the fall season. The mystery of Moo Young also goes well with the cool weather. Their love story will want you desiring that one person to cozy up next to.

“Cheese in the Trap” is based on the successful webtoon written by Soonkki. The story involves college students who get entangled in a love triangle. Kim Go Eun plays Hong Seol, Park Hae Jin plays Yoo Jung, and Seo Kang Joon plays Baek In Ho.

Yoo Jung is the first to confess his feelings to Hong Seol, and without putting much thought into it, she accepts his confession and they start to date. Meanwhile, Seol has gotten very close to In Ho, who is Jung’s sworn enemy. Seol is constantly caught in the middle and this acts as a huge stress factor for her.

Park Hae Jin and Kim Go Eun have such blooming chemistry, and it was great seeing the fall fashion of both mega stars. Their presence suited the fall weather and made the whole drama enjoyable to watch. Kim Go Eun’s University fall fashion was also quite the buzz at the time as people liked her casual and comfortable apparel. 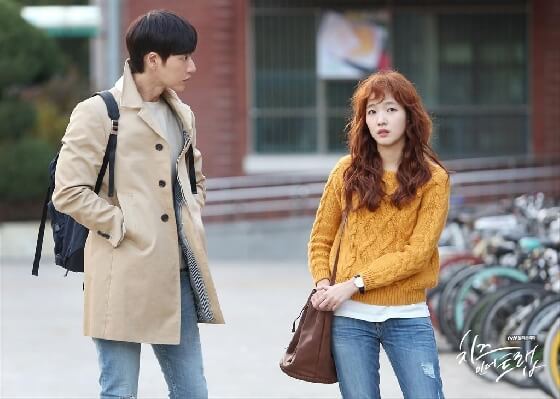 You can start watching “Cheese in the Trap” here: 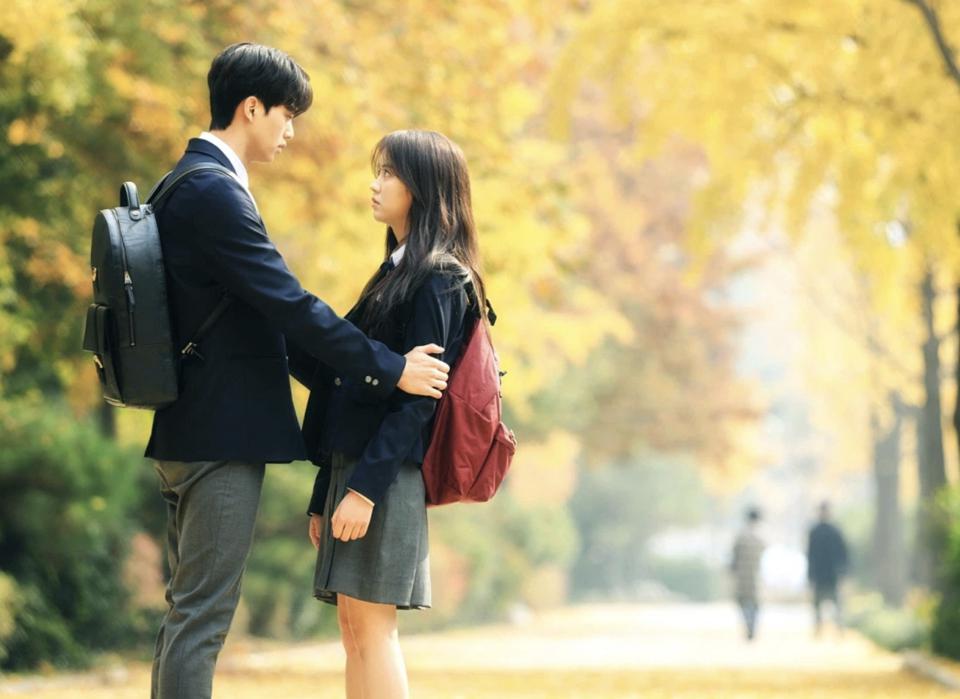 In this drama, a mobile application has the ability to indicate whether someone within 10 meters of you likes you. When someone likes you, it gives off an alarm but doesn’t reveal the exact person. Kim Jo Jo (Kim So Hyun) gets caught in a situation with two boys and decides whether or not it’s a good idea to download the app.

Seeing Kim So Hyun in any high school drama is a guaranteed win. She’s able to play the emotional, confused, and romantically involved teenager so well. In this particular love story, she’s in the midst of an intense love triangle that also involves some technology. With the backdrop of the fall season, you feel the nostalgia and remember the memories of going to school and having to deal with all the drama that came with being a student.

Hey Soompiers, which of these autumn-feel K-dramas is your favorite? Let me know in the comments below!

Currently watching: “How Do You Play?,” “Do Do Sol Sol La Sol Sol,” “Start-Up,” and “Record of Youth”
All-time favorite dramas: “Secret Garden,” “Goblin,” “Because This Is My First Life,” “Star In My Heart”
Looking forward to: Won Bin‘s return to the small screen