Cha Eun Woo, Moon Ga Young, and Hwang In Yeob star in the new tvN rom-com “True Beauty.” Prior to the premiere of the drama, the visuals in this cast alone were enough to set the expectation bar very high.

They look like a page out of a comic book.

The drama is based on the very popular webtoon series written by Yaongyi. This was Yaongyi’s first webtoon and it turned out to be a huge hit, ranking No. 1 on the webtoon charts for a long time. For this reason, fans were looking very forward to seeing this webtoon come to life. A lot of thought and planning was put into the drama as it has a huge fanbase already, so you can imagine the expectation and anticipation for the premiere. Curious to see what we thought of the first two episodes? Keep reading to find out!

Note: Minor spoilers for the premiere ahead.

The production value was unexpectedly entertaining. From the CG to the set design, it really made what could have been a bland story more lively and exciting. In particular, during the various scenes where Moon Ga Young’s character Lim Ju Gyeong discovers the wonderful world of makeup, the graphics were delightfully engrossing. 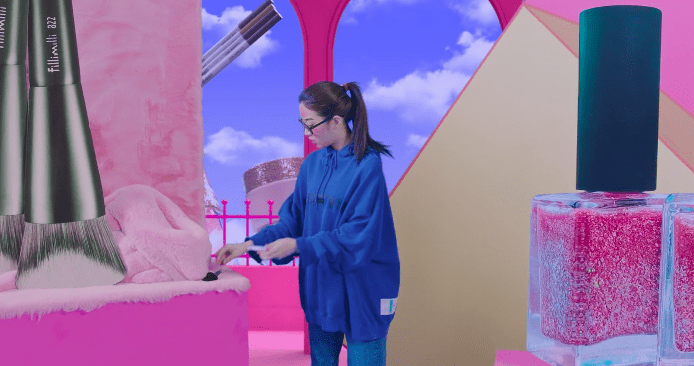 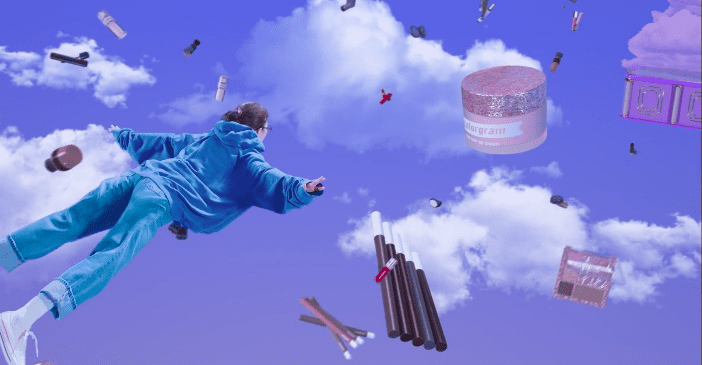 The set design incorporated bright and dynamic colors that provided a very exhilarating, warm, and fun-filled atmosphere. Have we ever seen a high school setting in a K-drama with floral wallpaper? 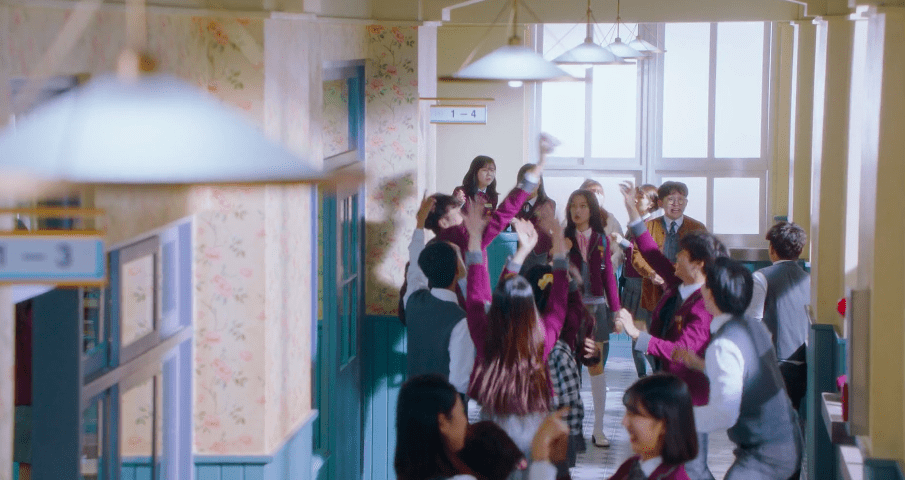 Also, I couldn’t help but love the splashes of goth and metal in the set design:

There are moments throughout the first two episodes that also make it seem like it’s taken straight out of a comic book. With the large captions around their head and a comic book-themed intro, the director did a great job of keeping it true to the webtoon: 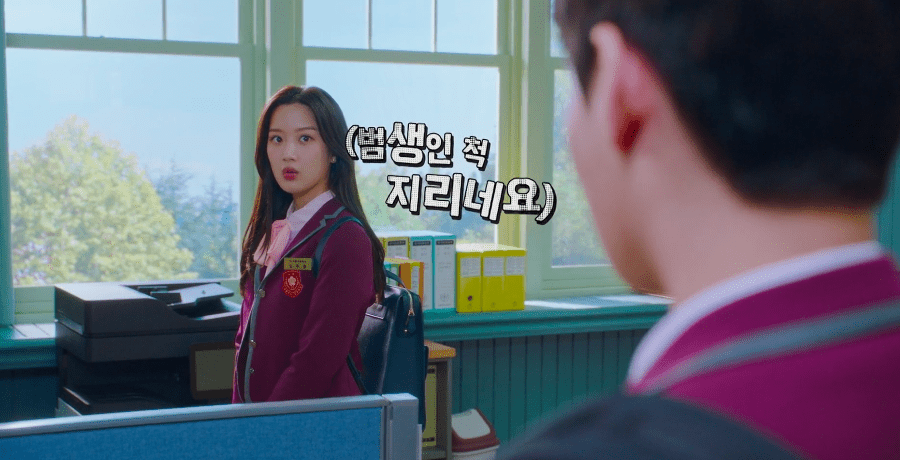 All the elements of the production really do a great job of putting viewers in a good mood and keeping the story alive. There really isn’t a dull moment. It almost feels like you’re a part of the experience that the characters are having, and overall, it makes for an easy and enjoyable watch.

The story involves a girl named Lim Ju Gyeong (Moon Ga Young) who is considered to be less physically attractive in her family. She has always noticed that people around her have commented on her appearance, and she also gets picked on at school as a result of it.

But luck is on her side when her mom tells her that the family has to move back to their old hometown as a result of her dad having lost money in a scam. Ju Gyeong is able to re-invent herself and spends time learning makeup skills to help herself look more physically appealing. She has the chance to start a new life at her new school. 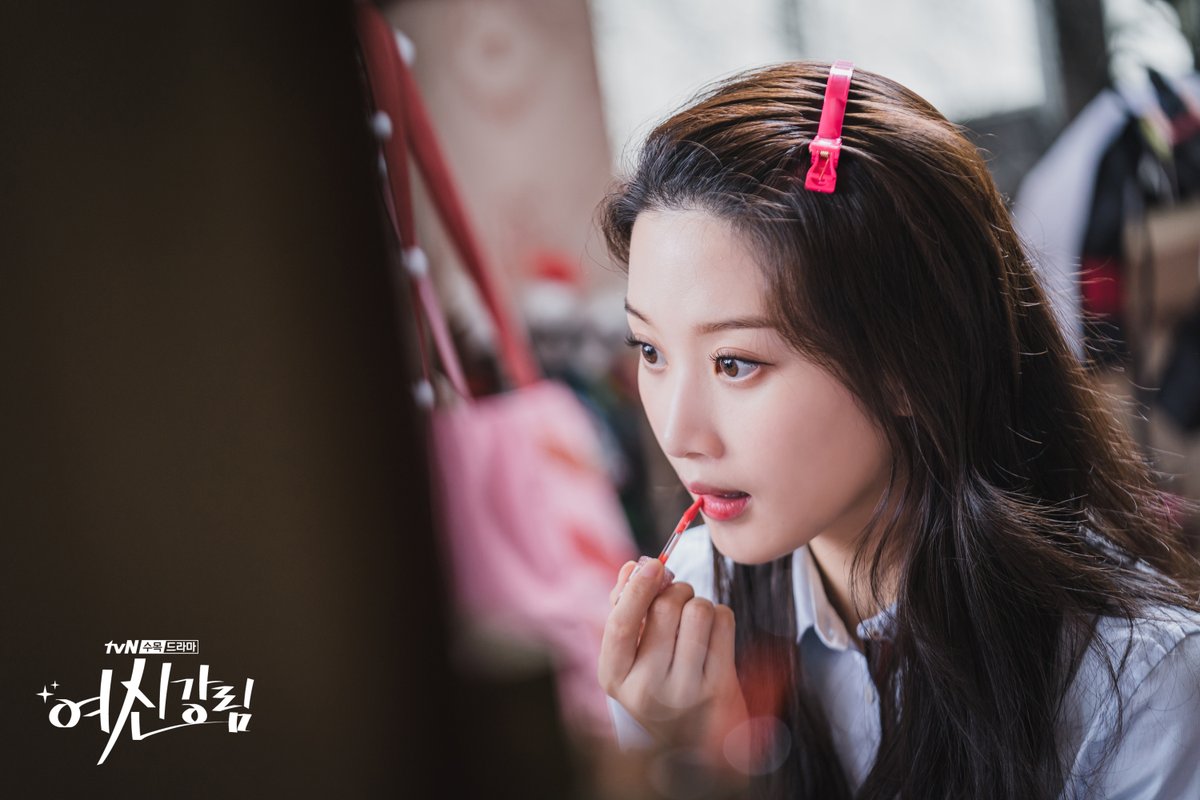 Little does she know that Lee Su Ho (Cha Eun Woo) – a boy she met not too long ago who rescued her from the roof of a building – is also a student at her school. He can’t seem to recognize her because of all the makeup she has and Ju Gyeong is determined to keep it that way. 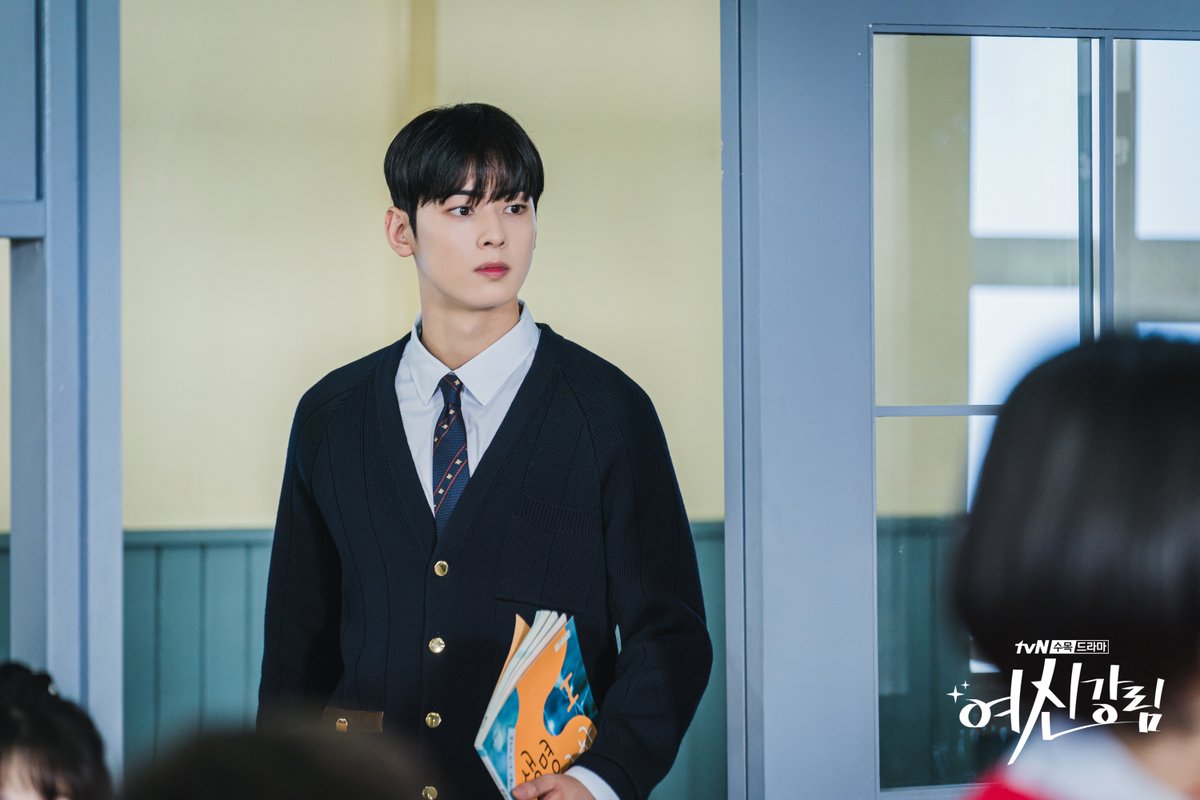 The guilty pleasures of a girly K-drama stocked with make-overs, fashion, makeup, and cute boys, “True Beauty” does not fail to entertain anyone who likes a good script with all its cheesy moments. Although the drama can come off as being very superficial, there are humorous elements that help to reveal a very serious and sensitive issue that people, especially in South Korea, experience. Despite this, the series does a great job of drawing viewers in to the story of Ju Gyeong and her road to fitting in and finding acceptance within herself.

There are many reasons why people were so eager to tune into this drama. One of these reasons undoubtedly includes the rising mega-star Cha Eun Woo. When it was announced that he would take the main lead, people were ecstatic. There was no doubt in people’s minds that he fit the role perfectly.

The resemblance is uncanny: 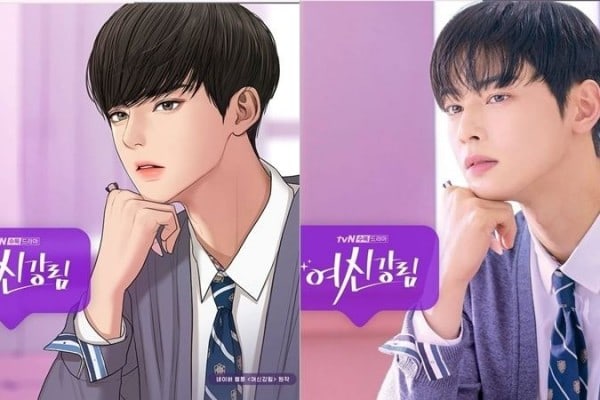 Cha Eun Woo plays the cold Lee Su Ho with a huge chip on his shoulder. He can’t be bothered with anyone, and he harbors a lot of baggage. He’s at the top of his class when it comes to grades and is popular with the ladies, but he’s far from being a warm-hearted fellow, which makes him appear very unpleasant and unapproachable. But we all know that this is a ploy to later suck us in when he ends up falling for the main girl without her makeup. I’m already really excited.

Cha Eun Woo has come a long way in acting and although it wasn’t his initial career of choice, there’s no doubt that he’ll continue to be a leading man in many more dramas to come. This particular character does display hints of his previous role in “My ID Is Gangnam Beauty,” but he plays “cold and mysterious” very well. Cha Eun Woo’s chemistry with Moon Ga Young is good so far and his character is a good contrast to the goofy and bubbly Ju Gyeong. Looking forward to seeing their blossoming romance!

Hwang In Yeob didn’t show up at all in the first episode, and I couldn’t help but anticipate his appearance, but let me tell you it was TOTALLY worth the wait.

Hwang In Yeob plays Han Seo Joon, a high school student who couldn’t be bothered with studying or girls. He gets into a lot of trouble, and we discover that he used to be best friends with Lee Su Ho, but had a falling out, resulting in a very tense atmosphere whenever the two are together.

Han Seo Joon is all we could have asked for in a second lead and more. He’s a bad boy who rides a motorcycle, is intrigued with the female lead, and is a total softie for her. Hwang In Yeob has been impressing viewers with his boyish looks and charismatic aura more so this past year. He played a bad boy in the recent drama “18 Again” and undoubtedly made a strong impression. He’s on the path to mega stardom and it’s a gift really to see him in this role.

We see a female lead who’s into skulls, metal, goth, and horror comics. She’s far from the conventional female lead, and we’re here for it. She’s a goofball with a heart of gold, just wanting some acceptance and friends. And although it’s just the first two episodes, you can see that her sense of humor and outrageous antics are going to be the heart of the drama. With just Moon Ga Young alone, it’s worth the watch!

Her showing up in a helmet to meet Su Ho was gold: 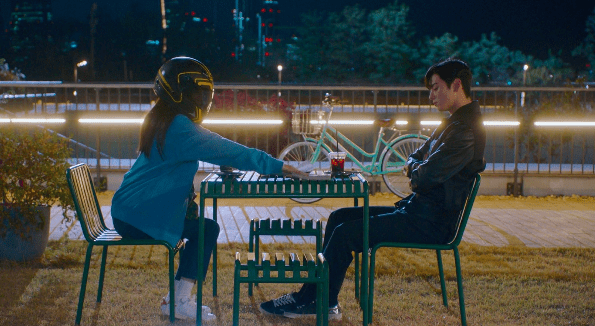 Her character is so belly-achingly hilarious. Her positive and infectious energy pushes the story along, keeping viewers engaged. Moon Ga Young does comedy so well that I hope she continues to take on more roles like this. There were more than enough times in the first two episodes that had me thinking that she is so perfectly relatable for many.

When you normally wear so much makeup that facial recognition doesn’t recognize you: 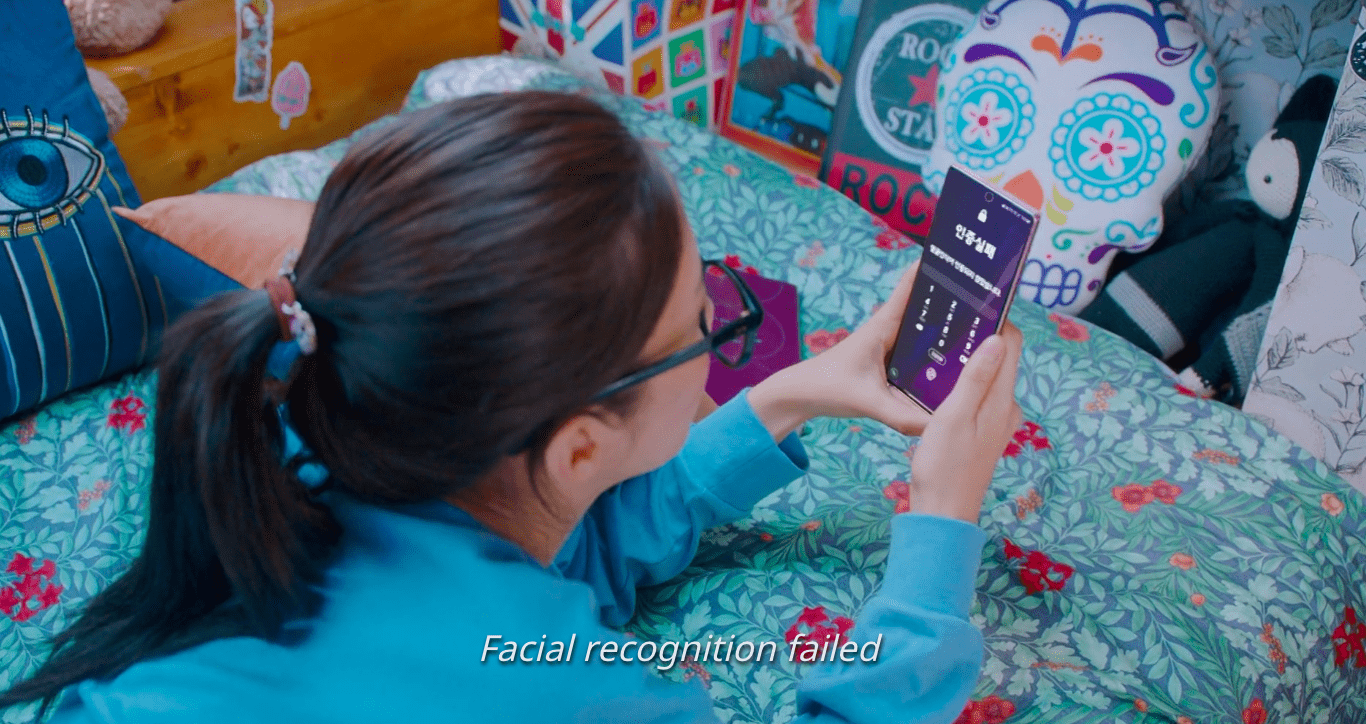 When a cute boy is sitting beside you, but you still gotta eat your instant ramyun: 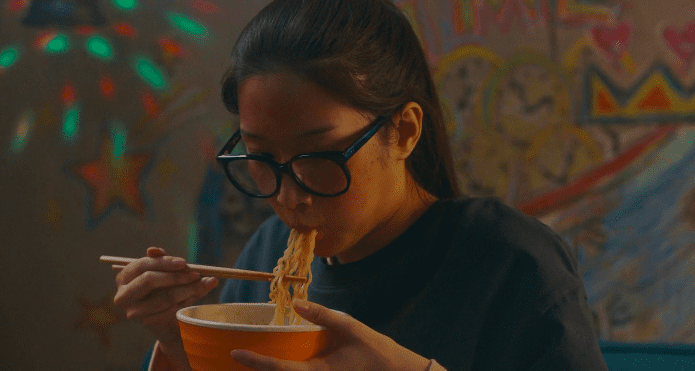 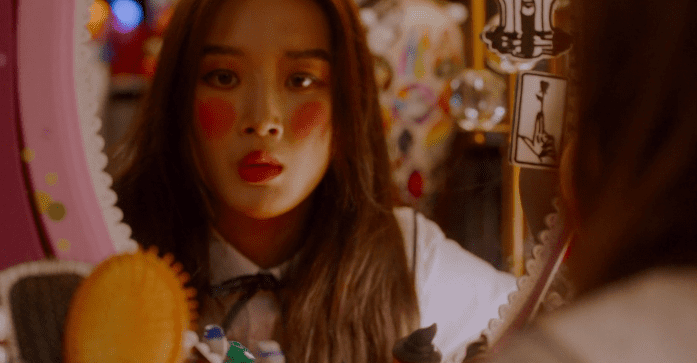 “True Beauty” is the perfect drama to watch during these times when things are so uncertain and frustrating. It’s really an easy and very pleasant watch, and especially the humor in the script, characters, and acting really hit it home. There were several moments in the first two episodes where you can’t help but chuckle. 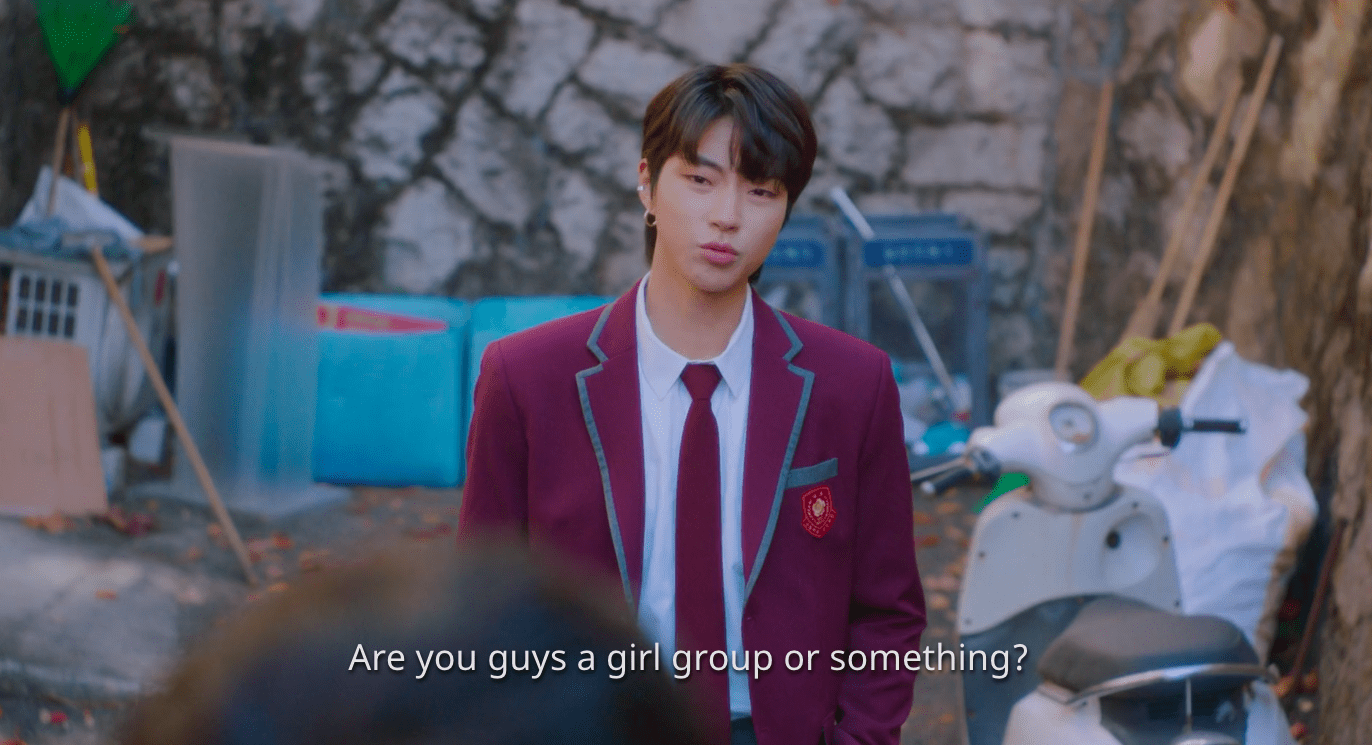 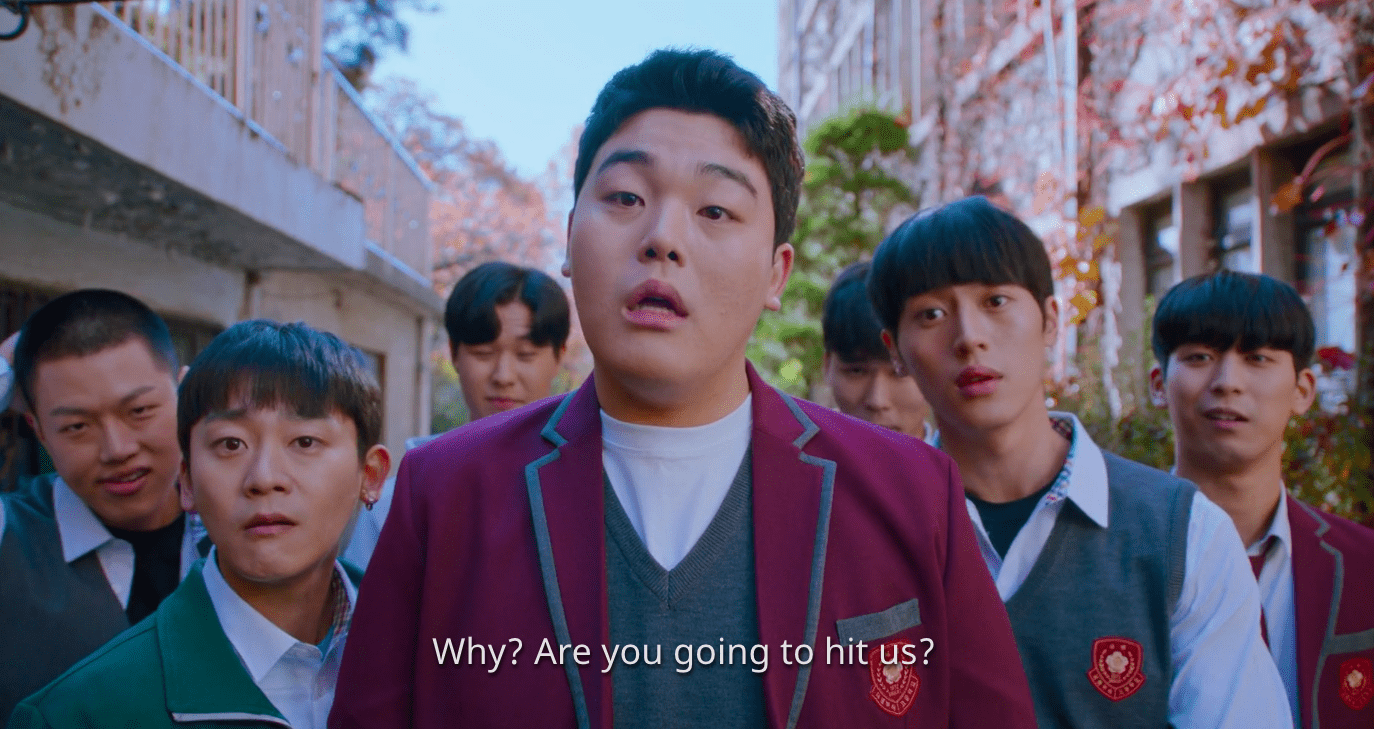 And when Ju Gyeong continuously uses the same methods to get rid of Seo Joon:

By the end of the first two episodes I couldn’t help but smile and feel good about watching it. “True Beauty” is a solid watch for those who need a little bit of fun and humor in your lives. It’s exactly the type of story to get sucked into and de-stress with. Here’s to watching the love triangle, funny antics, and story unfold in the episodes to come!

Hey Soompiers, how did you like the premiere of “True Beauty”? Let me know in the comments below!

Currently watching: “How Do You Play?” and “True Beauty”
All-time favorite dramas: “Secret Garden,” “Goblin,” “Because This Is My First Life,” “Star In My Heart”
Looking forward to: Won Bin‘s return to the small screen