From heart-wrenching time-travel mysteries to epic love stories transcending lifetimes, here is a list of the best C-dramas and TW-drama of 2020 to add to your watch list today!

“Some Day or One Day”

“Some Day or One Day” is a wonderfully written time-traveling romance mystery drama. Since its release, the drama has received many well-deserved accolades. And for good reasons! It has thoughtful writing, solid and effective acting, excellent soundtrack, and the list goes on. It’s one of the best time travel dramas in recent years and definitely one of my favorite series of the year.

The drama follows Huang Yu Xuan (Alice Ke) as she grieves over her deceased boyfriend Wang Quan Sheng (Greg Han). She wakes up one day to find herself back in 1998 in the body of 17-year-old Chen Yun Ru, who happens to look just like her. After a series of perplexing incidents, she decides to work with her new friends to solve the mystery behind the strange occurrences.

Has a song ever transported you right back to a scene and made you wistful about a show that you just watched? Yes, “Someday or One Day” does this and more. In just 12 episodes, it leaves you reeling and wondering how the characters are doing months later. That’s masterful writing.

Need more convincing? Check out this article. If you’ve watched the drama already, then you can watch it again! You will appreciate all the easter eggs you might have missed during your first watch.

Check out “Some Day or One Day” now!

“The Romance of Tiger and Rose” 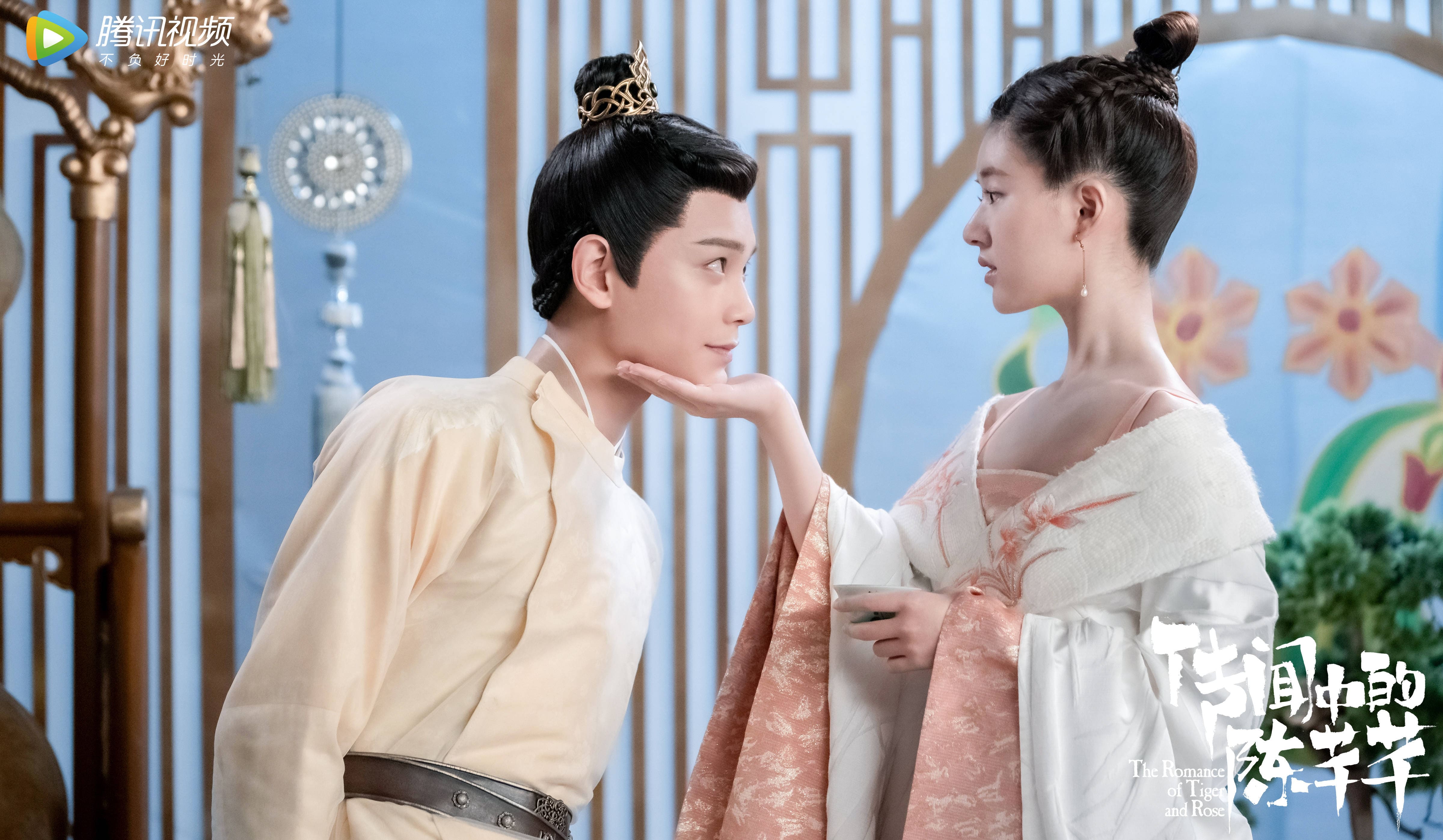 Sometimes you just need a feel-good drama to help you get through the holiday blues. “The Romance of Tiger and Rose” is a fun and charming rom-com that will make you laugh and squee at the same time.

Modern-day scriptwriter Chen Xiao Qian (Zhao Lu Si) wakes up to find herself in the script that she wrote. The best part is that she becomes a minor character who dies early in the story. The drama centers on her attempts to rewrite her fate and her romantic and comedic interactions with the male lead, Han Shuo (Ding Yu Xi).

This is a far less mind-bending time travel drama compared to “Some Day or One Day.” If you’re in the mood for something breezy and sweet, “The Romance of Tiger and Rose” is perfect. At only 24 episodes, it offers a refreshing setup, a hilarious and engaging storyline, and an endearing romance.

The word on the street is that they are doing a sequel! Though the drama is pretty awesome as it is, I’m excited for more of our main couple because they are ridiculously adorable together.

Check out “The Romance of Tiger and Rose”:

“Dating in the Kitchen” 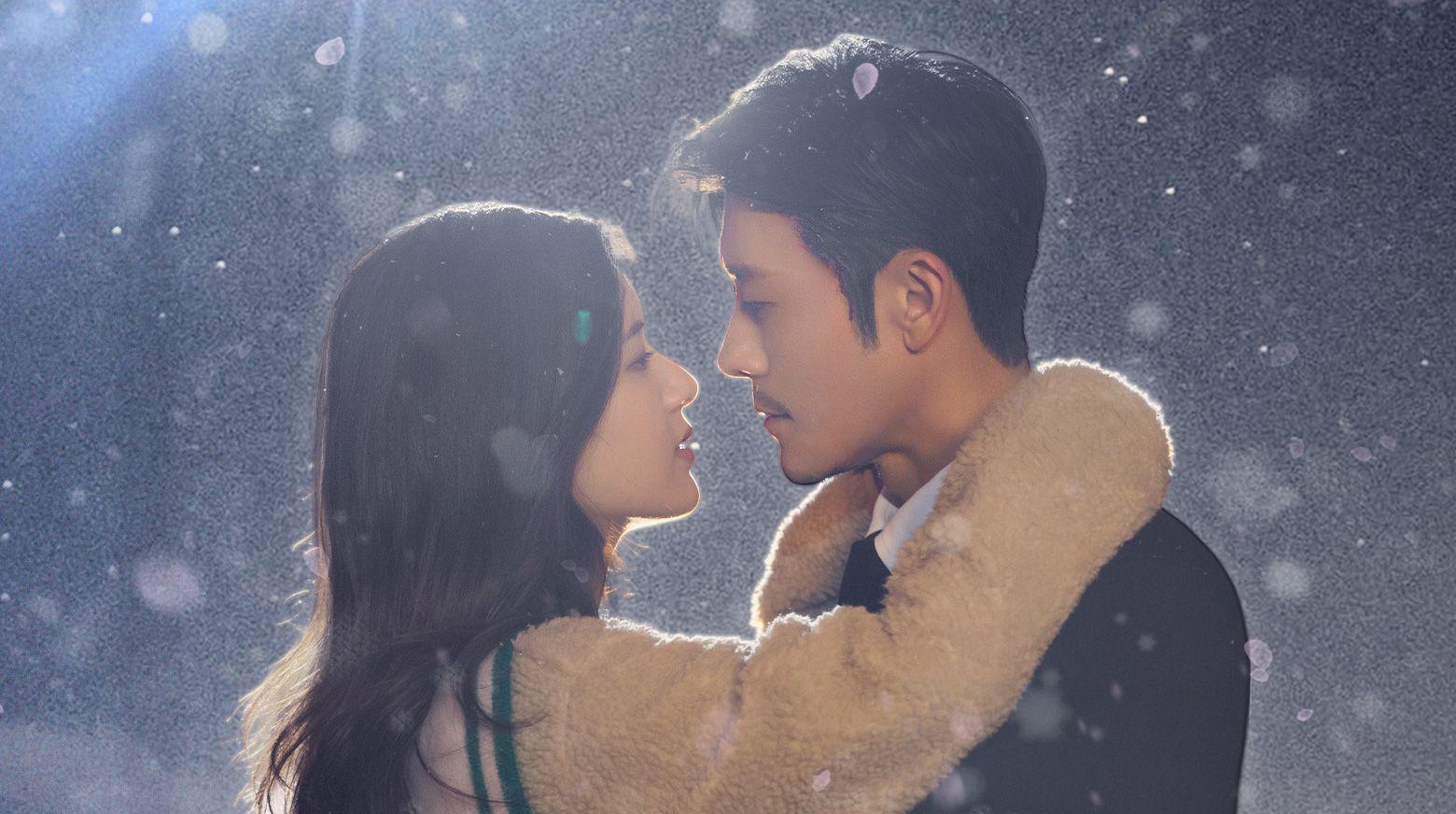 “Dating in the Kitchen” is a romantic comedy about a talented young chef and the sharp-tongued businessman/part-time foodie who falls in love with her cooking first, then falls for her.

The drama also stars Zhao Lu Si from “The Romance of Tiger and Rose.” This actress has a winning smile and is so effortlessly good at rom-coms. She has unbelievable chemistry with all her co-stars and is definitely one of the up-and-coming actresses to look out for!

“Dating in the Kitchen” is an uncomplicated rom-com with enough sweetness and fluff to keep you watching. And have we mentioned the mouth-watering food? Do not watch this on an empty stomach!

Check out “Dating in the Kitchen”:

“Twenty Your Life On” 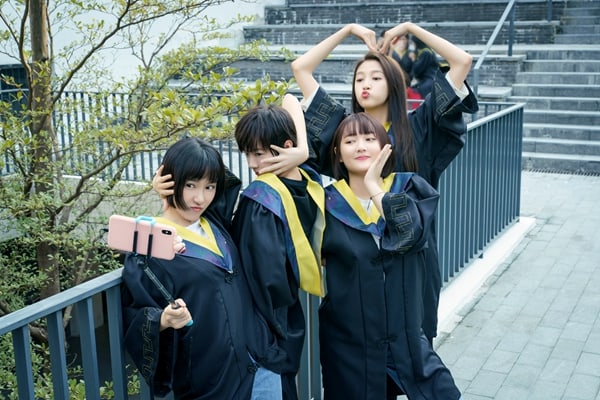 “Twenty Your Life On” is a coming-of-age drama that follows four roommates as they finish their final year of college and prepare for life after graduation.

While the drama does not deviate much from the other dramas of its genre, there’s just something about a coming-of-age story that makes it instantly relatable. The characters are not perfect but they feel like real people you might encounter in real life. The drama also does a great job in depicting their delicate and precious friendship. They quarrel over little things but they are always there for one another at the end of the day.

The drama doesn’t sugar-coat the harsh reality of life. Relationships don’t work out and you lose your job because nobody figures out life at 22. But in the end, you will leave college with a suitcase full of memories and a few lifelong friends.

“My Roommate is a Detective” 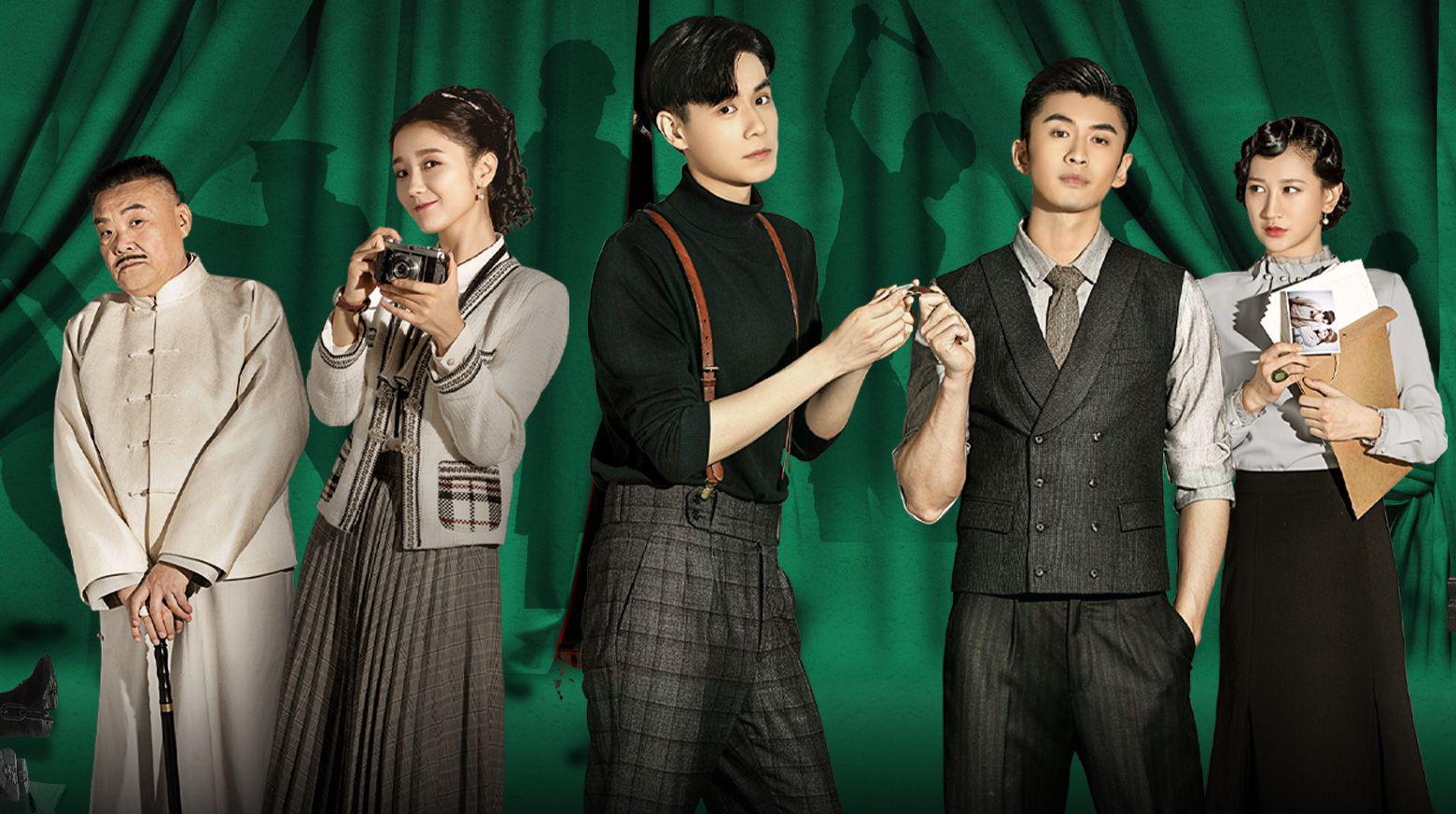 “My Roommate is a Detective” is a detective drama set in the 1920s in Shanghai. It follows Lu Yao (Hu Yi Tian), a Cambridge math and medical science graduate, as he teams up with stoic detective Qiao Chu Sheng (Zhang Yun Long) to solve crimes.

The drama is surprisingly funny thanks to the comedic performance by Hu Yi Tian in his best role yet. Lu Yao is a more playful version of the Sherlock Holmes type character, which is a refreshing take on the smart genius protagonist. His bromance with Chu Sheng is also particularly enjoyable to watch because the actors have great chemistry and they play off each other really well.

Overall, the drama keeps it light-hearted and fun, never veering to intense and complex crime-solving, and the cases are well-written. Plus, the beautiful retro sets and outfits are a feast for the eyes.

Check out “My Roommate is a Detective”: 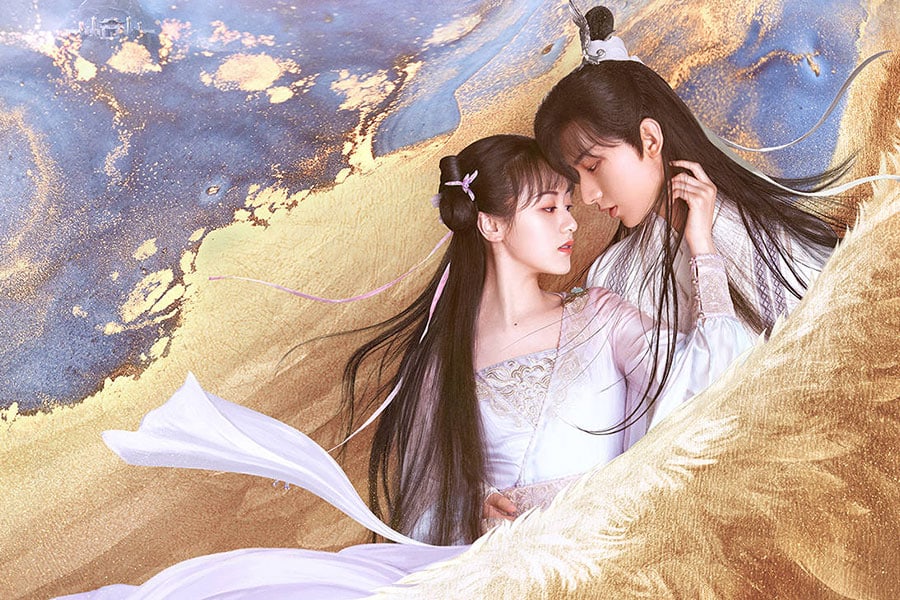 If you enjoyed “Eternal Love” and “Ashes of Love,” then you can’t miss “Love and Redemption.” Set in the same fantasy fictional world, “Love and Redemption” is an epic fantasy love story between Chu Xuan Ji (Crystal Yuan), a girl who has deficits in her six senses, and Yu Si Feng (Cheng Yi), Lize Palace’s star student who has to wear a mask due to a curse that can only be broken when he finds true love.

There’s never a dull moment in this show. It is action-packed! You get action and politics as well as secrets and conspiracies behind the main characters. All of these things serve to build up to the epic gloriousness of Xuan Ji and Si Feng’s love. It’s a love that transcends lifetimes and can withstand all trials and tribulations.

Our female lead is feminine and kickass, and is the one who protects the male lead in the reverse damsel-in-distress situations. And character wise, the male lead, Si Feng, will break your heart. The actor does an amazing job in portraying Si Feng’s infinite love for Xuan Ji and the unparalleled suffering he is willing to go through for her.

Check out “Love and Redemption”: 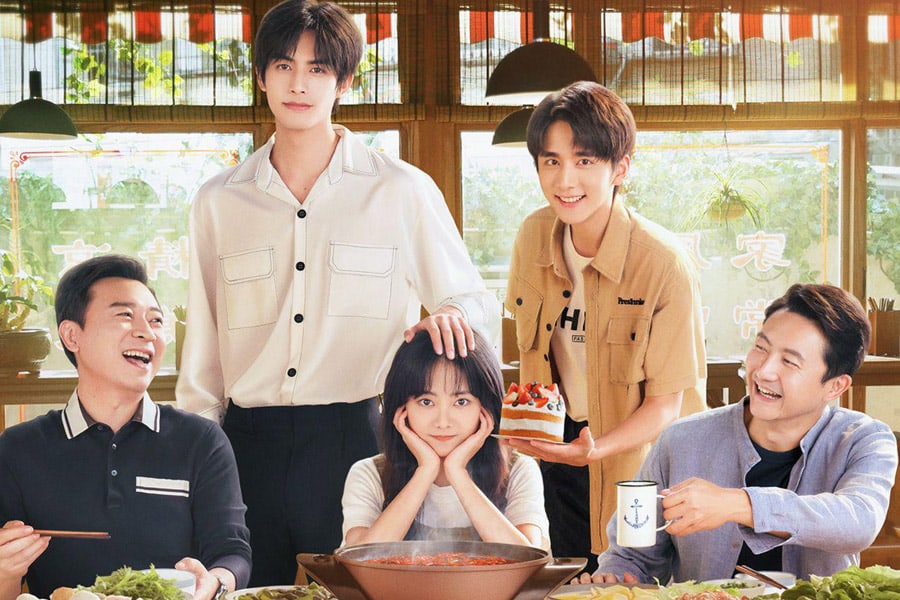 If you are not in the mood for romance and want something different, “Go Ahead” might be just the drama for you. It is a heartwarming slice-of-life family drama that will pull at your heartstrings.

The drama follows three young people who become pseudo siblings and are brought up by two dads. The five of them quickly become a family unit despite not being related by birth. Naturally their relationship gets tested as they grow older due to the growing tension between them and their biological family.

The emotional anchor of the drama is Li Hai Chao, one of the dads. He’s so big-hearted and warm to all of the kids and is always unconditionally supportive. The three kids are all loveable in their own ways too, and you get to witness their gradual growth and maturity as the drama progresses. They do get caught up in a love triangle that thankfully gets resolved quickly. But the main draw here is definitely the familial bond.

“Go Ahead” is like a bowl of hot noodle soup that will warm your heart in the cold winter. Don’t miss it!

Check out “Go Ahead”:

What do you think of the list, Soompiers? What are the dramas that defined your year? Let me know below!

Bellyfull is a pop-culture junkie.