2020 is over, and what a year it has been. Although most of us are hoping to move on from 2020 and say goodbye to all the good and not so good memories the year had to offer, let’s take a look at some of the amazing dramas that were released this past year. If you’re interested in part one of this feature, you can check it out here. Now onto our list of seven more must-watch K-dramas of 2020.

In “Hyena,” Yoon Hee Jae (Joo Ji Hoon) falls in love with Jung Geum Ja (Kim Hye Soo) and makes it pretty obvious that he wants to be with her. What Hee Jae doesn’t know is that it’s all part of Geum Ja’s master plan to make him fall for her. Hee Jae is a lawyer at an elite law firm and Geum Ja, who is also a lawyer, is trying to do whatever she can to get high profile cases so that she can make more money. The two realize that they’re total opposites and are better off staying away from each other, that is, until a specific case forces them to work together.

One of the main highlights of this drama is the sizzling chemistry between Joo Ji Hoon and Kim Hye Soo. You won’t even be able to tell that there is a stark age gap. They are not only a very sexy duo on the small screen, but their roles as hotshot lawyers is very convincing. Although it’s a legal drama, it’s not too serious and it’s got a lot of humor throughout that keeps you entertained and engaged. The banter and bickering between the two main leads are hysterical, and you’ll enjoy seeing their hateful relationship towards each other turn into passion.

Lee Ji Ah, Kim So Yeon, and Eugene star as three wealthy woman who live in a luxurious complex that is catered to the higher-ups in the city. Their children all attend an elite arts school that Kim So Yeon’s father is the chairman of. They are willing to do anything to keep the image of their families and children in tact no matter what the cost – even if it means killing someone. This high society and group of families start to get themselves involved in matters that are far above their heads and are forced to lie to each other to save themselves. 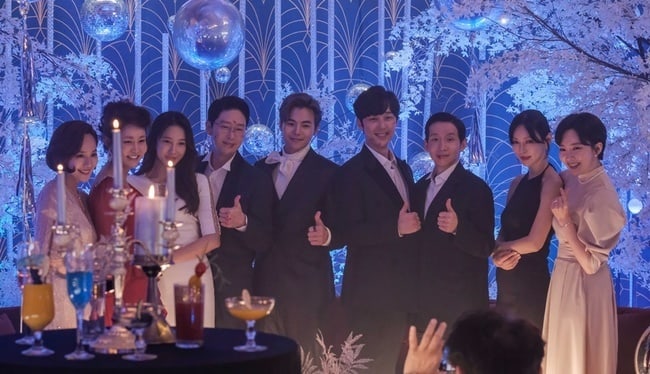 If you’re looking for a makjang with all the elements of betrayal, deceit, affairs, murders, and abandoned children, “The Penthouse” has got it all covered. There’s a reason why it has been dominating in ratings and why people can’t seem to get enough it. As for the storyline, just when you think things can’t get crazier, it does. The cliffhangers with every episode keeps you on the edge of your seat and you look forward to seeing the outcome of each of all the characters. 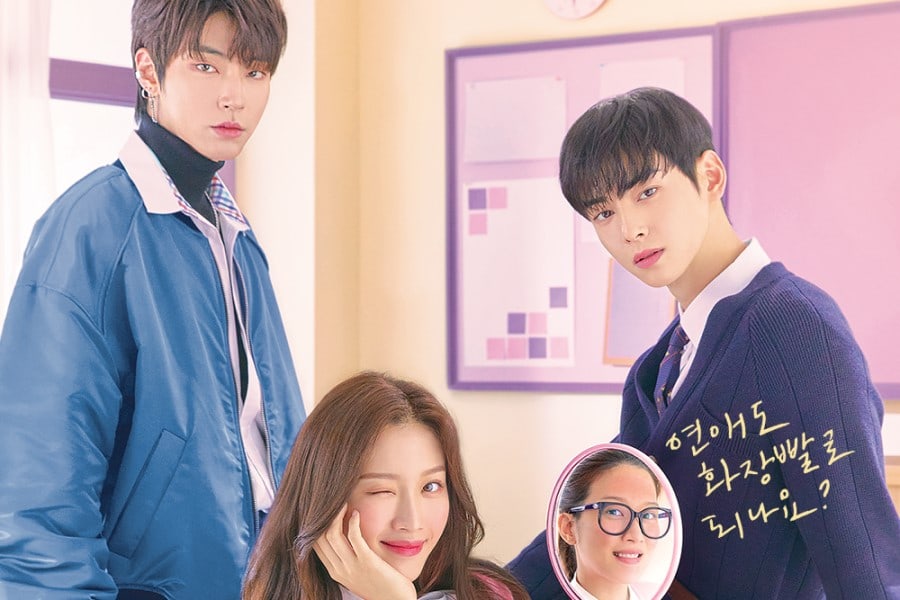 The story involves a girl named Lim Ju Gyeong (Moon Ga Young) who is considered to be less physically attractive in her family. She has always noticed that people around her have commented on her appearance, and she also gets picked on at school as a result of it. Luck is on her side when her mom tells her that the family has to move back to their old hometown as a result of her dad having lost money in a scam. Ju Gyeong is able to re-invent herself and spends time learning makeup skills to enhance her appearance. She has the chance to start a new life at her new school. 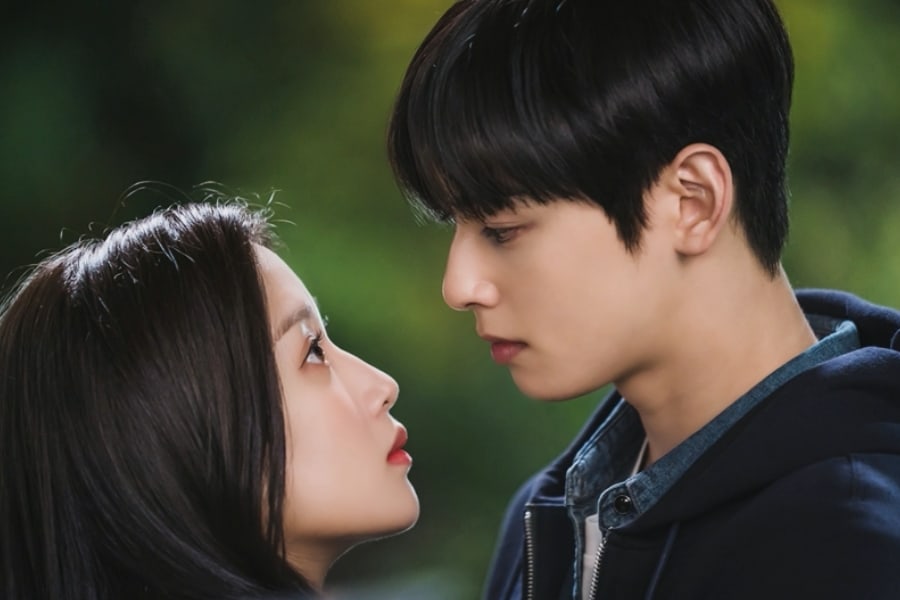 “True Beauty” is perfect for those who want a laid back, happy-go-lucky drama with some killer makeovers. Moon Ga Young is perfect in her role as Lim Ju Gyeong as she’s both goofy and cute. Although it’s got all the typical rom-com high school tropes, the humor in this is smart and relevant. You’ll find yourself laughing pretty consistently, which is something we can all use a little more of these days! We also can’t fail to mention the incredibly good-looking love triangle that can’t be missed. 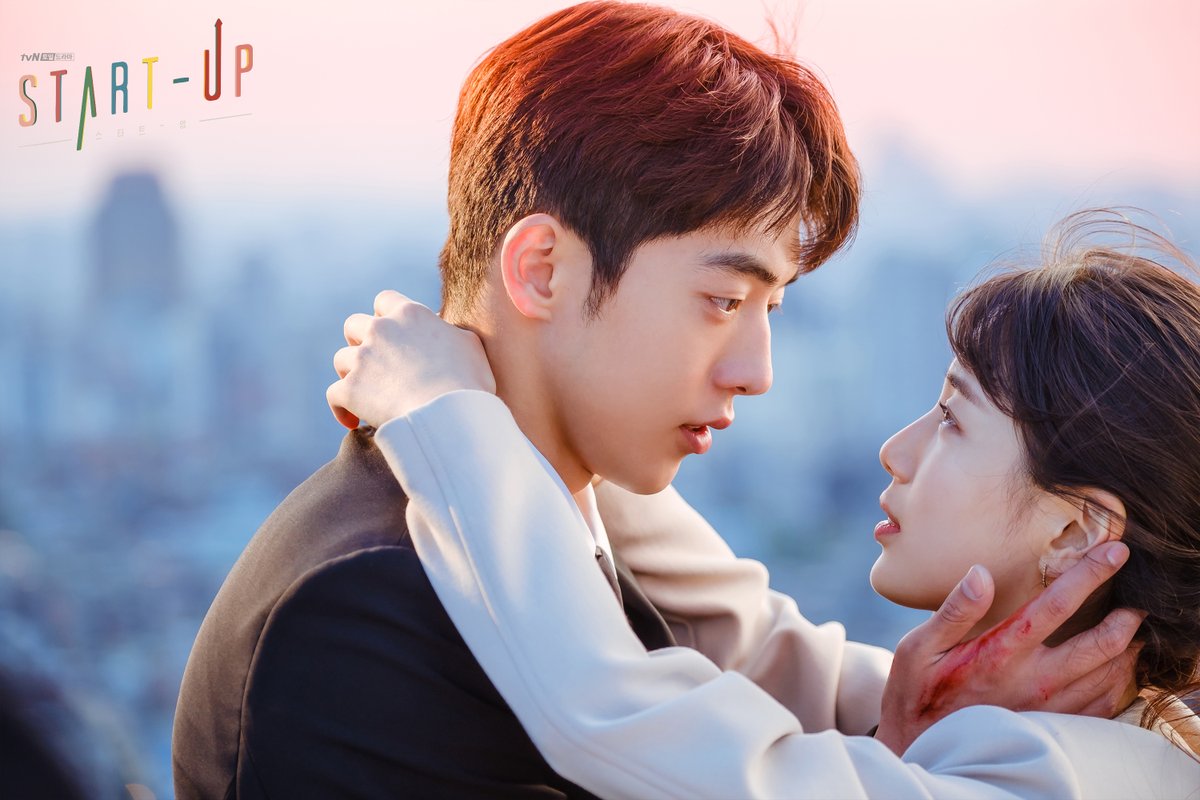 Seo Dal Mi (Suzy) hasn’t had the greatest luck trying to achieve her dreams of being the next Steve Jobs. She’s dirt poor and can’t seem to catch a break, but opportunity knocks on her door when her estranged older sister returns to Korea and invites her to a networking party. Dal Mi is encouraged to invite her first love Nam Do San, but the only problem is that Nam Do San is actually Han Ji Pyeong (Kim Seon Ho) pretending to be Nam Do San. This forces Ji Pyeong to have to track the real Nam Do San (Nam Joo Hyuk) down in hopes that he can pretend to know Dal Mi. Then ensues an epic love triangle that results in a series of lies, shattered dreams, and broken hearts.

One of the main reasons for the success of “Start-Up” is the cast. Nam Joo Hyuk and Suzy are household names to start, so even before their drama aired, there was a lot of buzz and anticipation. The back stories and history of the characters tug at the heartstrings and may even make you shed a tear or two. Also, we can’t fail to mention the superstar Kim Seon Ho. Who would have thought that this series would highlight his charm and appeal? Week after week while the story developed, Kim Seon Ho’s popularity increased and it gave viewers more of a reason to tune in. 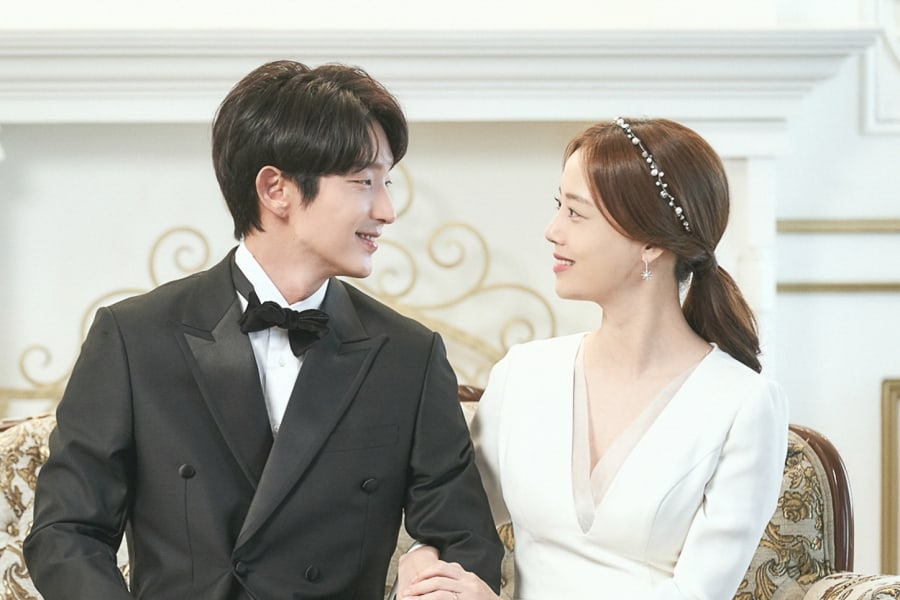 Lee Joon Gi stars alongside Moon Chae Won in the mystery thriller “Flower of Evil.” His character Baek Hee Sung is a perfect husband and doting father to a little girl. To the visible eye he is perfect, but there’s another life he leads – one filled with murder, deceit, and lies. His wife, Cha Ji Won, is a detective and is in the midst of a cat-and-mouse hunt that will lead her to her husband as the prime suspect. You’ll enjoy the mystery thriller aspect of the storyline but will also appreciate the incredible acting by our main leads.

“Flower Of Evil” is the perfect nail-biting mystery drama that will keep you on the edge of your seat. Not only is the story engaging in that you want to know what happens with every episode, but the acting is top notch. We wouldn’t expect anything less from veterans Lee Joon Gi and Moon Chae Won. Lee Joon Gi’s dynamic acting skills and ability to show such a contrast in character is so engrossing that you’ll get lost in the drama.

Watch the first episode of “Flower Of Evil”: 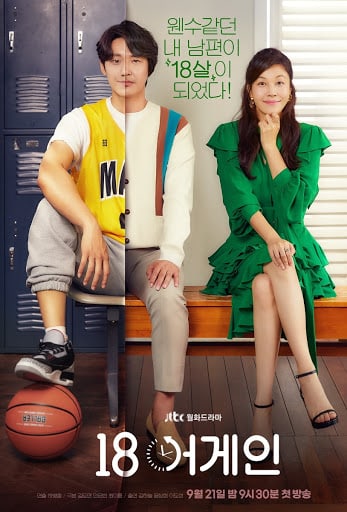 Yoon Sang Hyun stars as Hong Dae Young, a man whose girlfriend got pregnant when they were in high school, resulting in the two getting married. Hong Dae Young had to give up his future as a basketball player and Kim Ha Neul, who plays his wife, had to give up her dreams of being an announcer. After a freak incident, he wakes up to realize that he has returned back to his 18-year-old self. He has been given a second chance to live his life the way he wanted.

Lee Do Hyun stars as the younger version of Hong Dae Young, and he was a definite highlight in the series. “18 Again” is a warm-hearted, pleasant watch, and it’s great for de-stressing. This is also Lee Do Hyun’s first starring role and he was able to charm viewers with his effortless acting and witty charm. He really shined despite being in a cast filled with veteran actors. The series provides a lot of laughs and heartwarming moments that touch on family, regret, friendship, and true love. It’s the perfect watch, especially during this winter season! 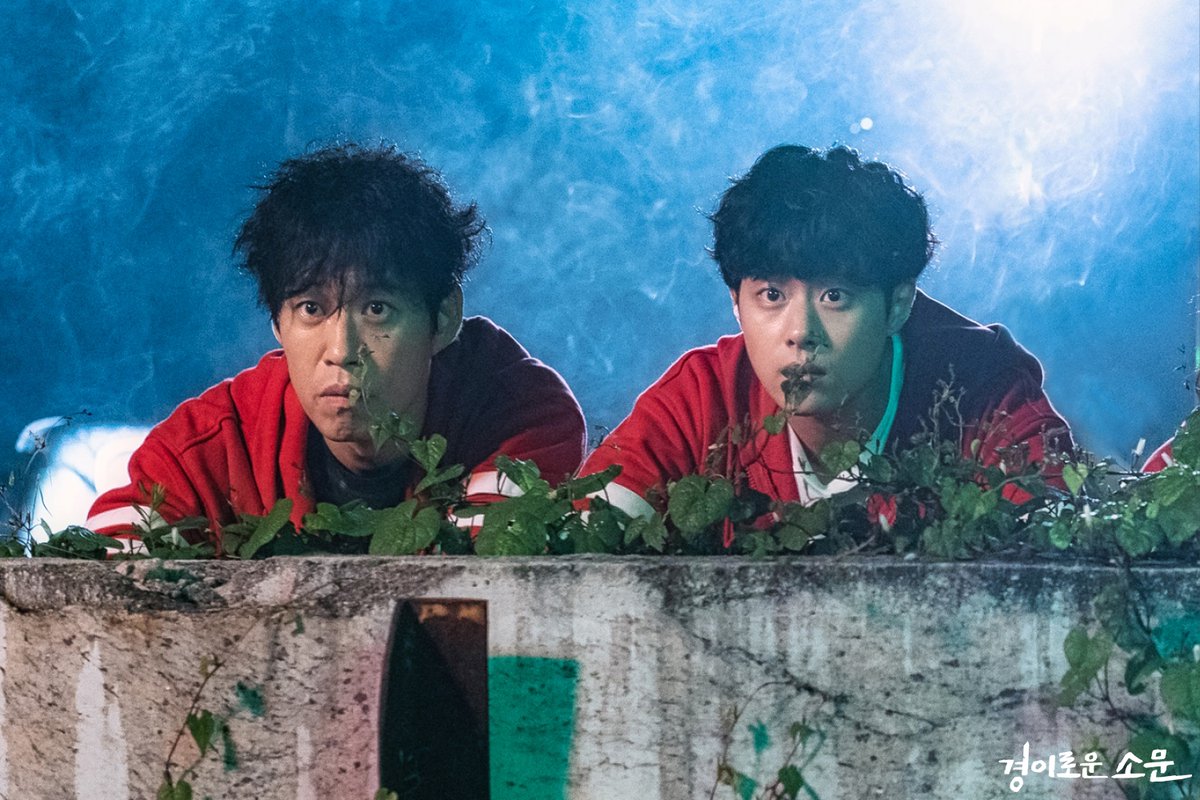 Jo Byeong Gyu, Yoo Joon Sang, Kim Sejeong, and Yeom Hye Ran star in “The Uncanny Counter,” a drama based on a popular webtoon that has been breaking OCN records for having the highest ratings ever. There’s a reason for this success. The series has a unique story as it involves a boy named So Moon (Jo Byeong Gyu) who was left crippled and as an orphan after him and his parents were in a car accident. As a high school student, So Moon gains unknown powers and comes to learn that they were given to him so that he can fight evil spirits that are refusing to go to the afterlife.

“The Uncanny Counter” is a series that is more than just about a group of random people fighting scary spirits, although those scenes are pretty darn cool. It’s a series that delves into family, loss of loved ones, grief, and how important it is to cherish the time you have with your loved ones. This series also stars rising rookie actor Jo Byeong Gyu, who has an innocent charm that easily draws viewers into his character. He’s really incredible in this role! The action scenes and preparation that Sejeong also had to endure is very impressive. She’s definitely girl-crush material!

Hey Soompiers, which of these K-dramas are your favorite? Let me know in the comments below!

Currently watching: “The Penthouse,” “True Beauty,” and “The Uncanny Counter”
All-time favorite dramas: “Secret Garden,” “Goblin,” “Because This Is My First Life,” “Star In My Heart”
Looking forward to: Won Bin‘s return to the small screen