2020 has been a whirlwind of surprises whether good or bad, and most of us are probably glad to bid goodbye to the year that was. But in K-dramaland, the last year has produced some of the best dramas that kept our stay-at-home days well worth it and helped us escape into captivating stories. Aside from epic pairings, heart-stopping narratives, and unforgettable moments, here’s a list of fashionable characters that have made a mark in 2020 K-dramas:

Who can forget the outrageous yet lovable character that is Go Moon Young? From her whimsical dresses, over-the-top styling, and dreamy high fashion outfits, there’s nothing she can’t pull off. Her style is reminiscent of princesses and witches in fairy tales, much like her character who projects a fiercely guarded individual that just longs to feel loved and accepted. Her out-of-this-world clothes serve as armors that hide her true feelings, until one special person is able to see her for who she really is. Her style is a combination of classic and fashion-forward, and each piece gives a nod to both the past and the future. 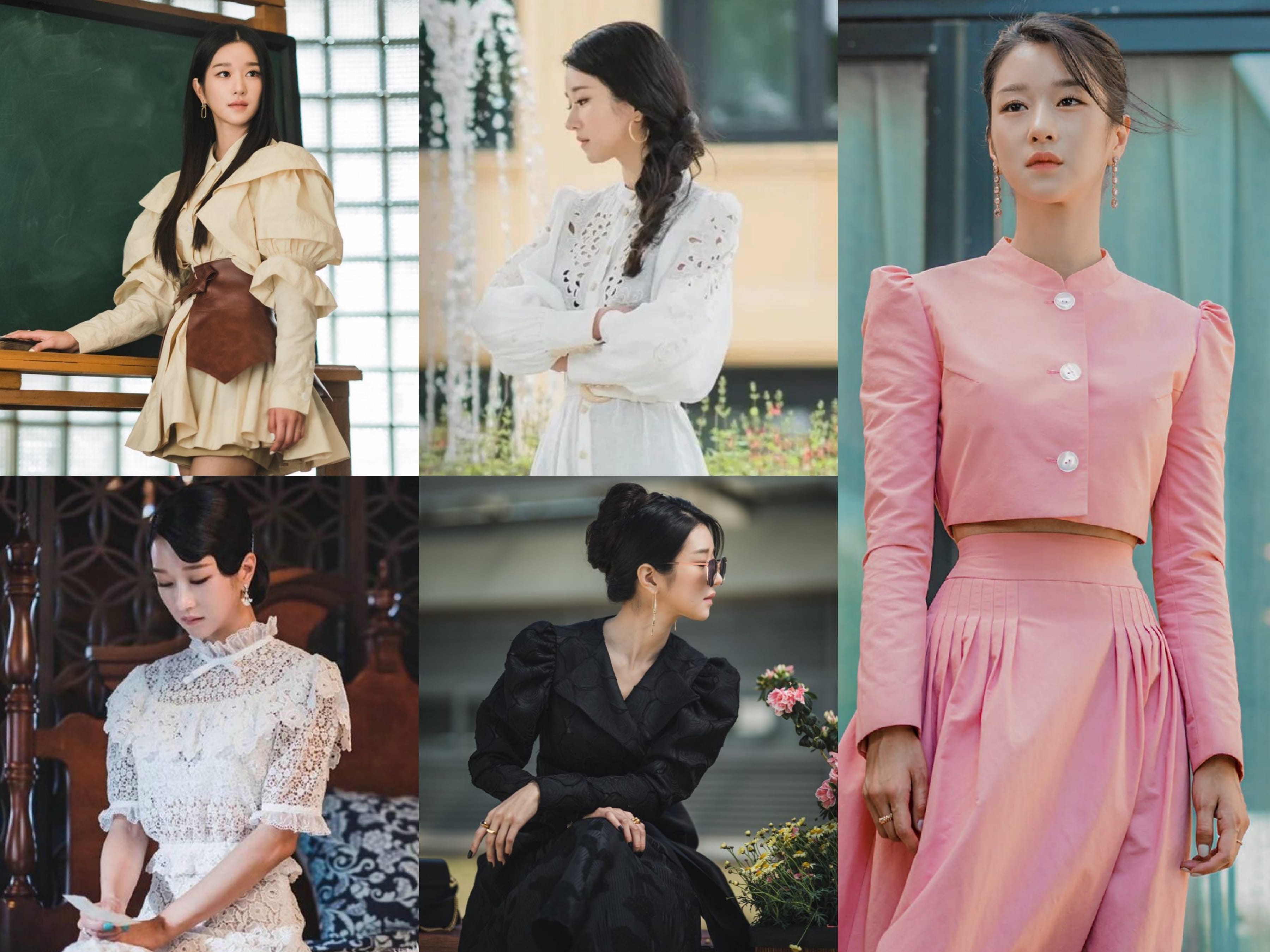 In “Crash Landing on You,” everything that Yoon Seri (Son Ye Jin) chooses turns profitable, that’s why her company Seri’s Choice is at the top. Much like her fashion choices, every look turns heads, as she is able to give off elegant CEO vibes with an edgy twist. Her modern, feminine tailored suits are unforgettable, as well as her off-duty styles that strengthen her image as a confident, self-made woman who’s in control. Meanwhile, Seo Dan (Seo Ji Hye) is a woman ahead of her time. Even as a North Korean, she doesn’t conform to traditions and fights for what her heart tells her. Her style of colorful prints and patterns reflect this personality and her worldly, privileged life. 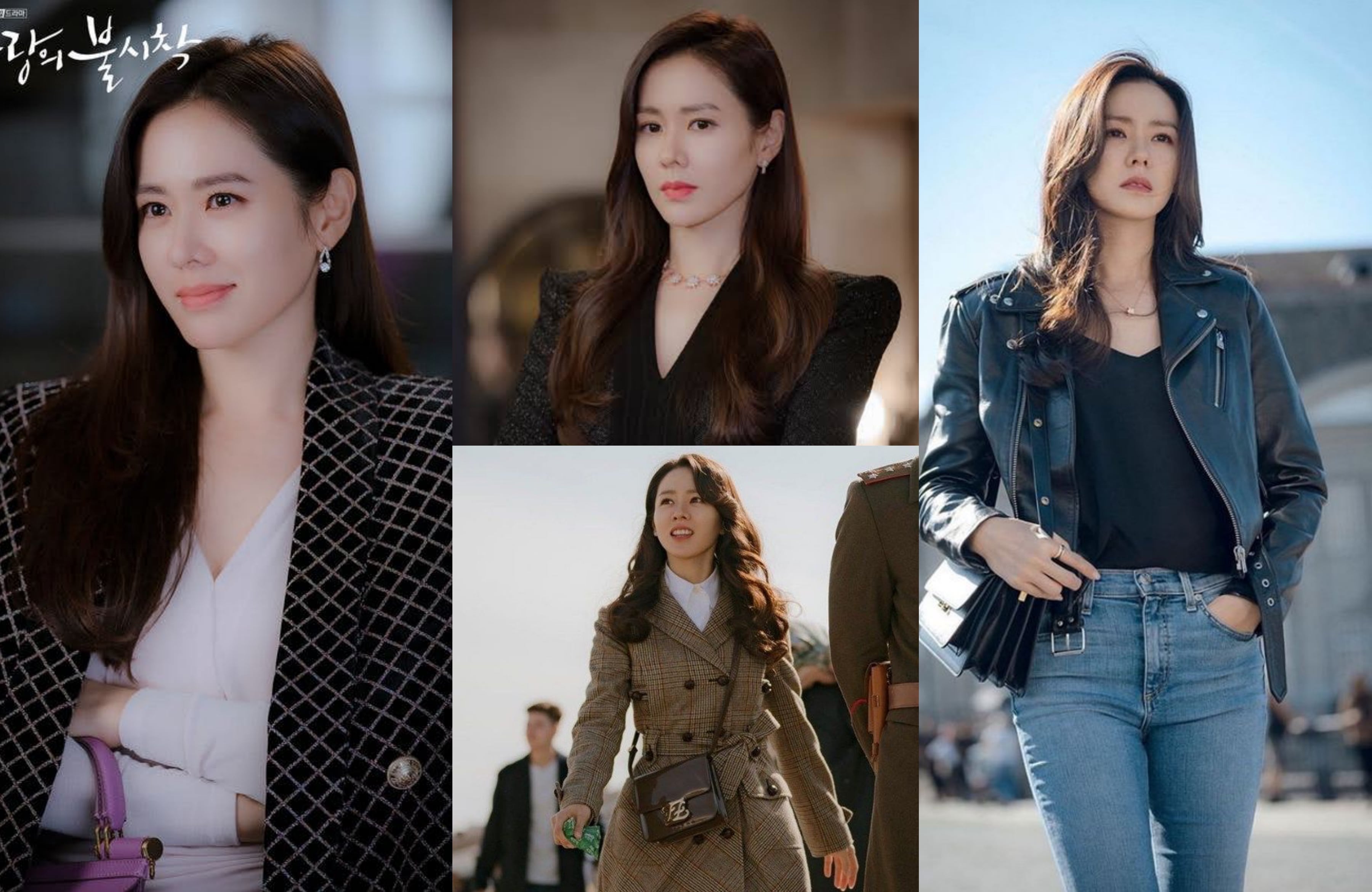 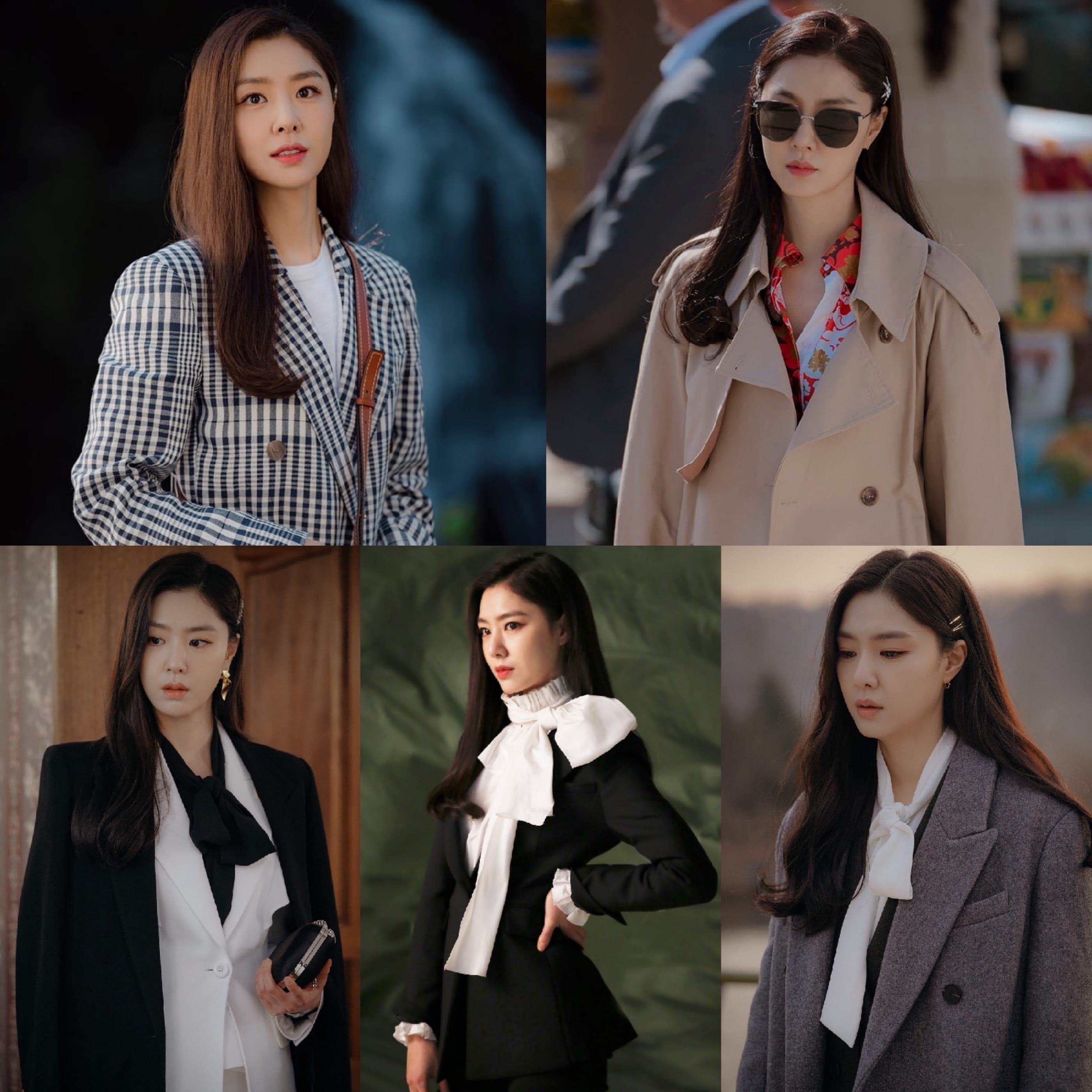 If there’s anything you can look forward to more than the thrilling story of “Hotel Del Luna,” it’s the amazing feat of Jang Man Weol’s (IU) wardrobe changes in every frame. Having lived a thousand years, this hotel custodian represents every era through her outfits, accessories, and hairstyles, giving viewers quite an extensive course on vintage styling. Her character is just as remarkable, as she portrays her never-ending story of grief, heartbreak, and lessons learned from the past while living in the present. 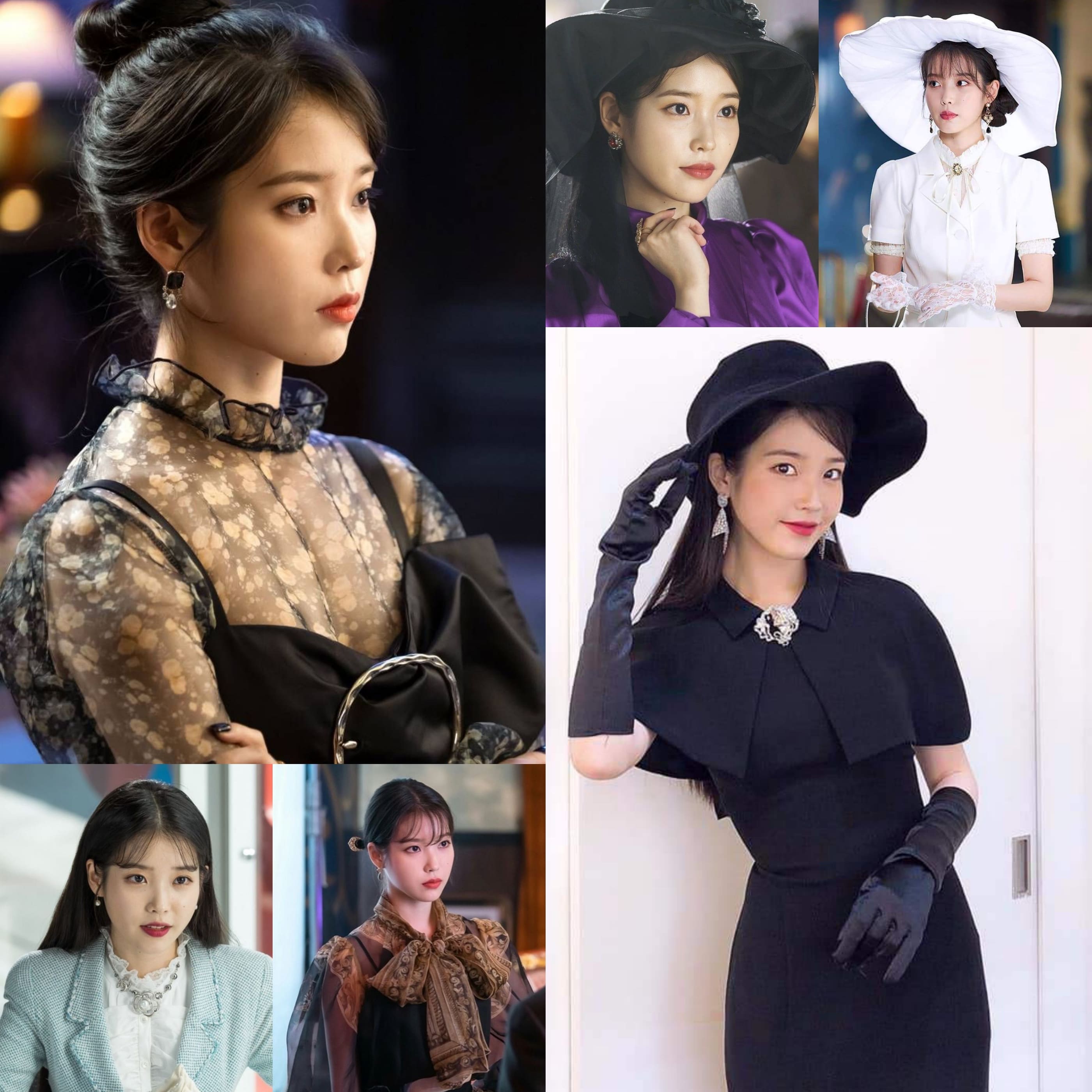 The craftsmanship, intricacy, and long history of the Korean hanbok makes it one of the most beautiful traditional garments in the world. Through “Mystic Pop-Up Bar,” Weol Ju (Hwang Jung Eum) shows different variations and colors of the hanbok, as she runs a mysterious pojangmacha (outdoor drinking establishment) and goes on different adventures in the afterlife. 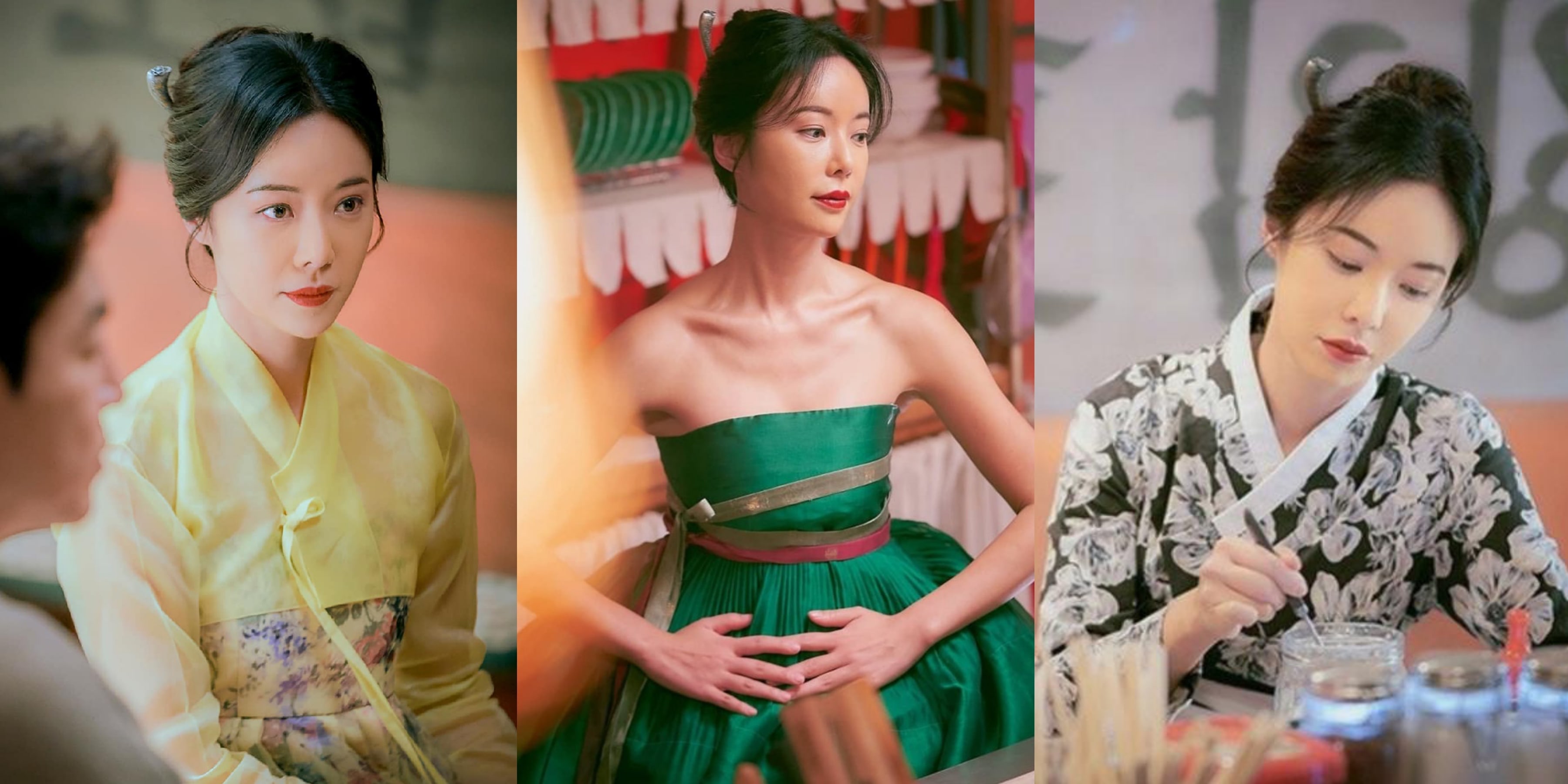 Lee Ji Ah, Kim So Yeon, and Eugene of “The Penthouse”

Whether they’re competing to maintain the status quo, battling for who has the best child, or simply fighting against each other, there’s no question that the ladies of “The Penthouse” are all equally best-dressed in their own individual styles. There’s no shortage of glam in this world of luxury, and this drama gives us a peek into the lifestyles of the top percent of Korea’s rich and famous and a glimpse of their wardrobe too. 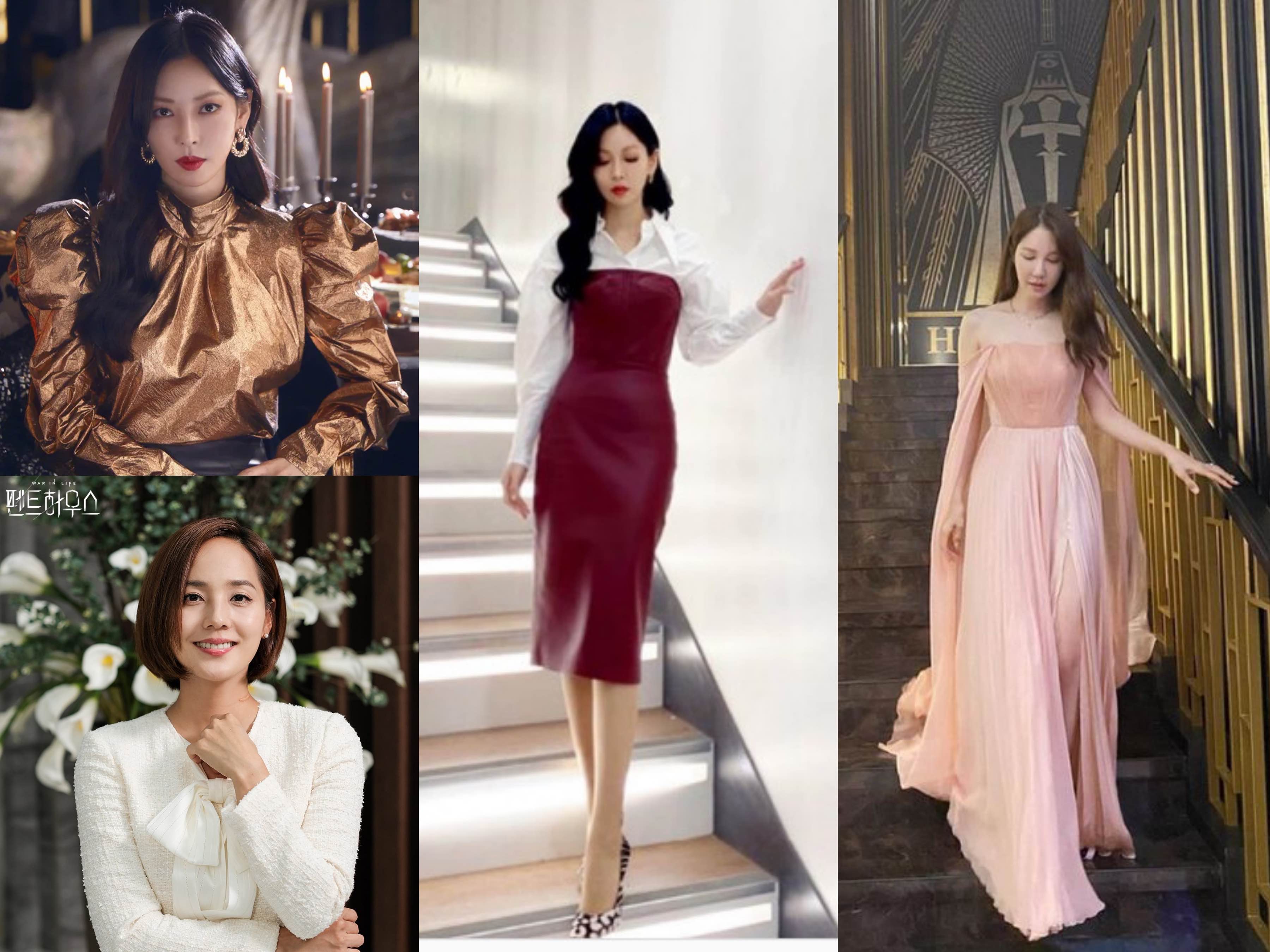 This drama is incredibly well-thought-out in terms of character and story development down to the last details of the two main leads’ wardrobes. Dr. Ji Sun Woo’s (Kim Hee Ae) professional outfits and designer clothing reflect her image as a successful, smart, and independent woman who earned her career and possessions on her own. And Da Kyung’s (Han So Hee) neutral, simple and pastel-colored outfits denote her youthfulness and sheltered life. As the story progresses you will see a change in their looks and for sure it will be an exciting watch! 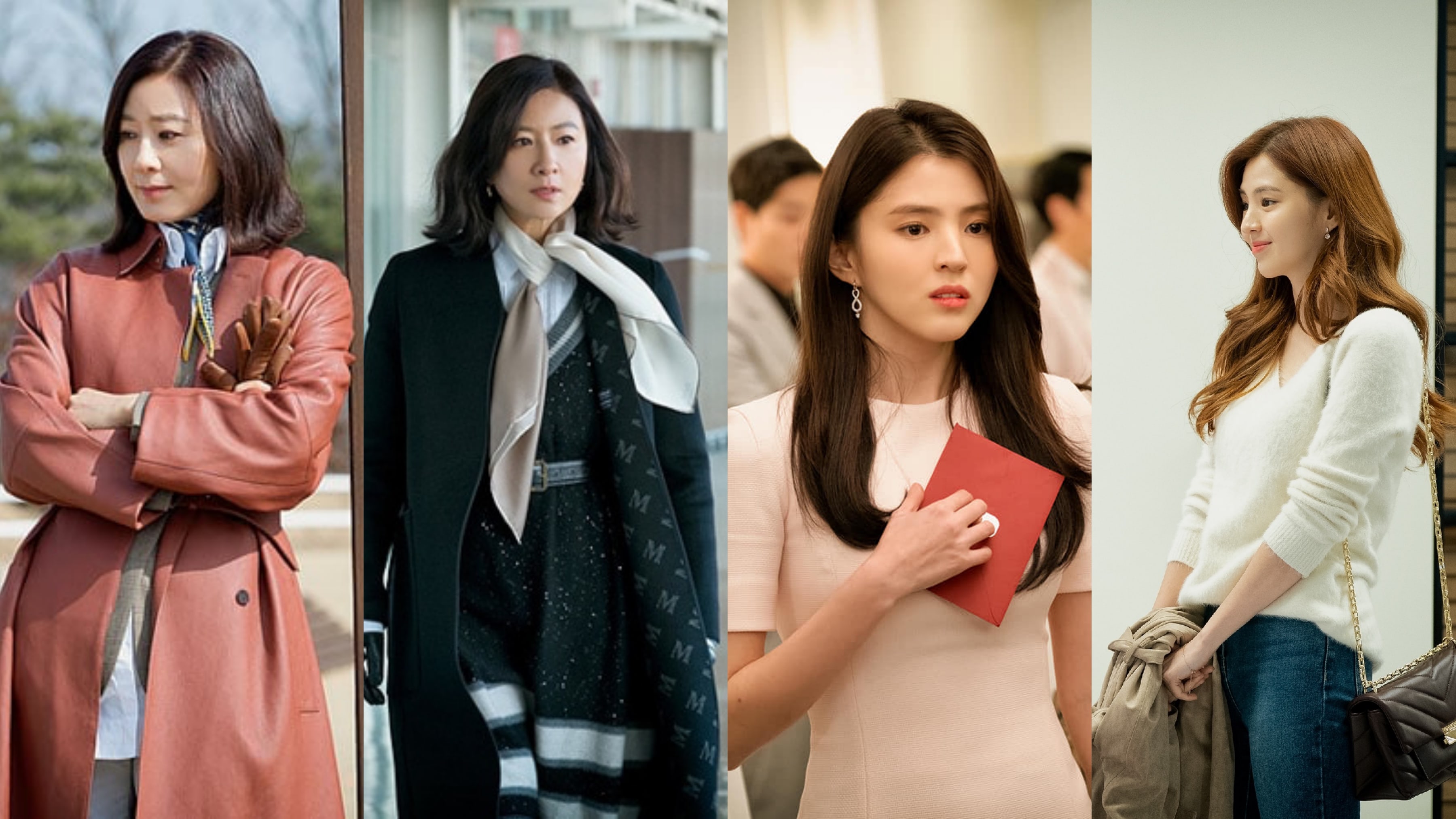 These two characters may be fighting for a royal position, but it cannot be denied that their fashion looks like royalty. Lee Geon’s (Lee Min Ho) impeccably tailored custom suits make him look elegant no matter what universe, while Goo Seo Ryeong’s (Jung Eun Chae) sophisticated dresses and classy outfits add to her image of an ambitious, driven woman who will do anything to clinch power. 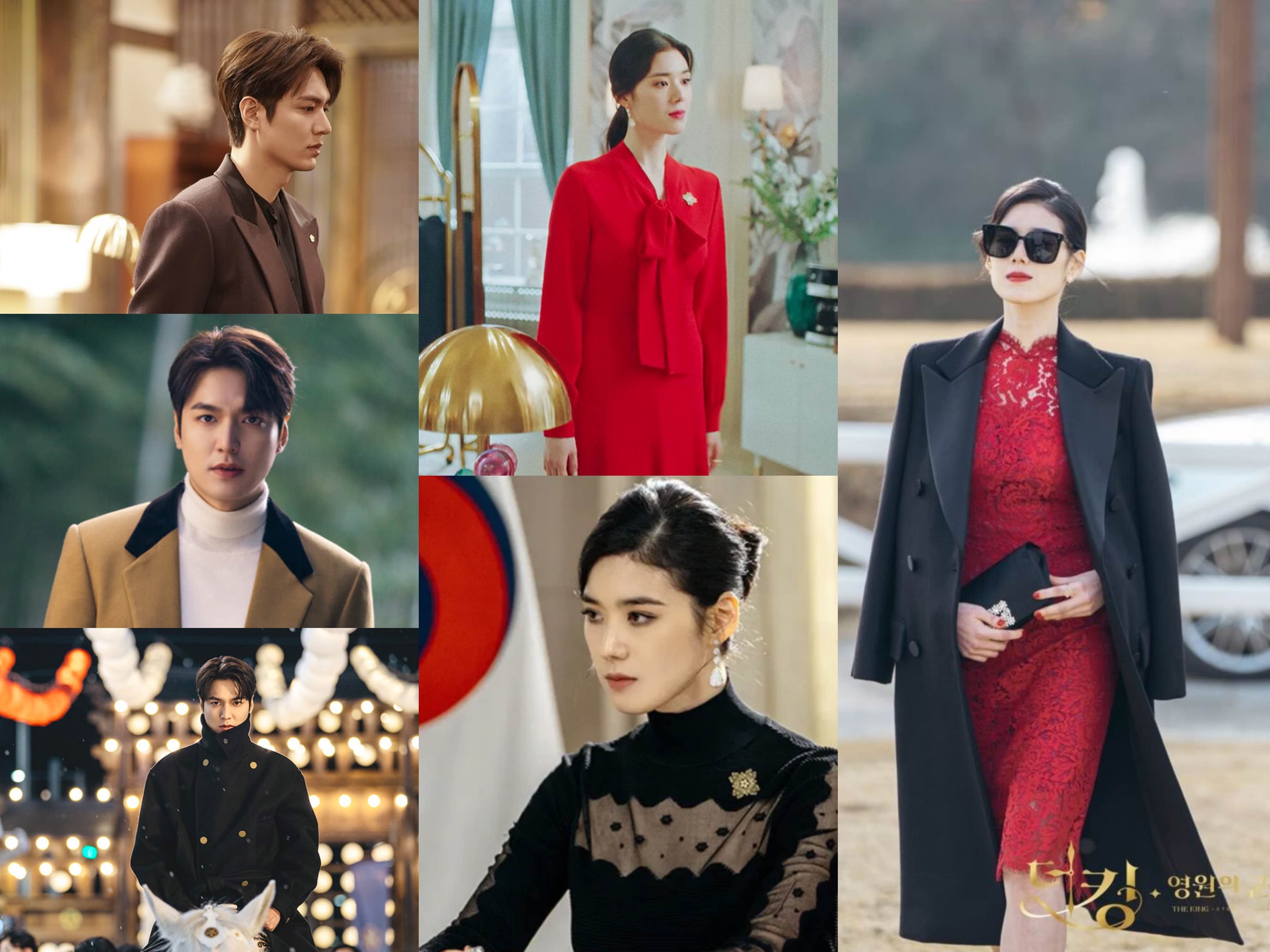 Sa Hye Joon (Park Bo Gum) and Won Hae Hyo (Byun Woo Seok) are childhood friends and models in the fashion industry, so it’s no wonder why their styles and careers are always being compared. Later on, they will also compete for love. In this drama, you will see Park Bo Gum in a different light: cool, charismatic, and stylish as he walks down the runway. Byun Woo Seok, on the other hand, is totally in his element while wearing different outfits due to his background as a fashion model in real life before becoming an actor. So whether you’re into the dapper, classic look of Hae Hyo or the more playful, casual style of Hye Jun, you’ll surely get your fill of eye candy in this drama! 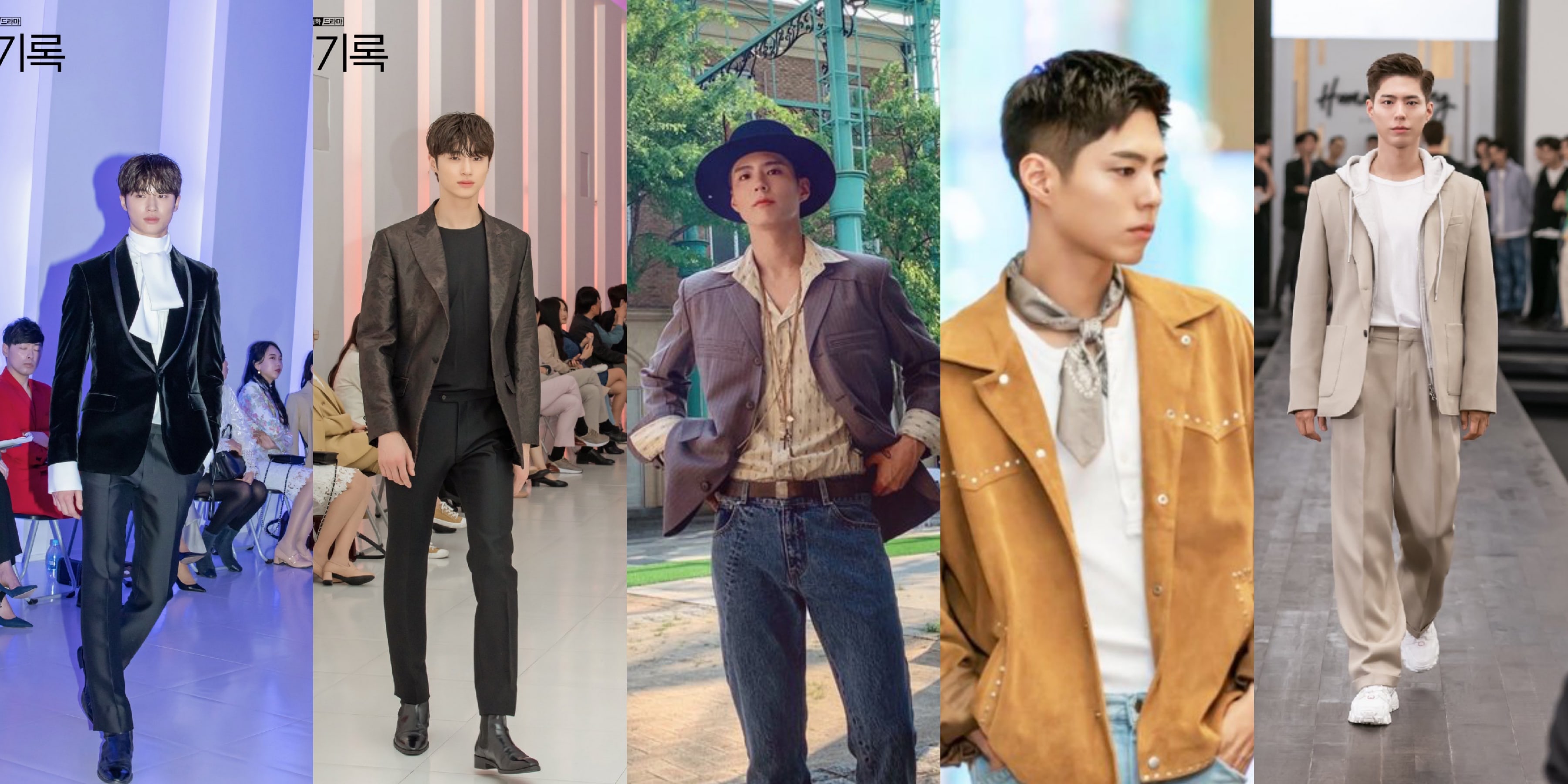 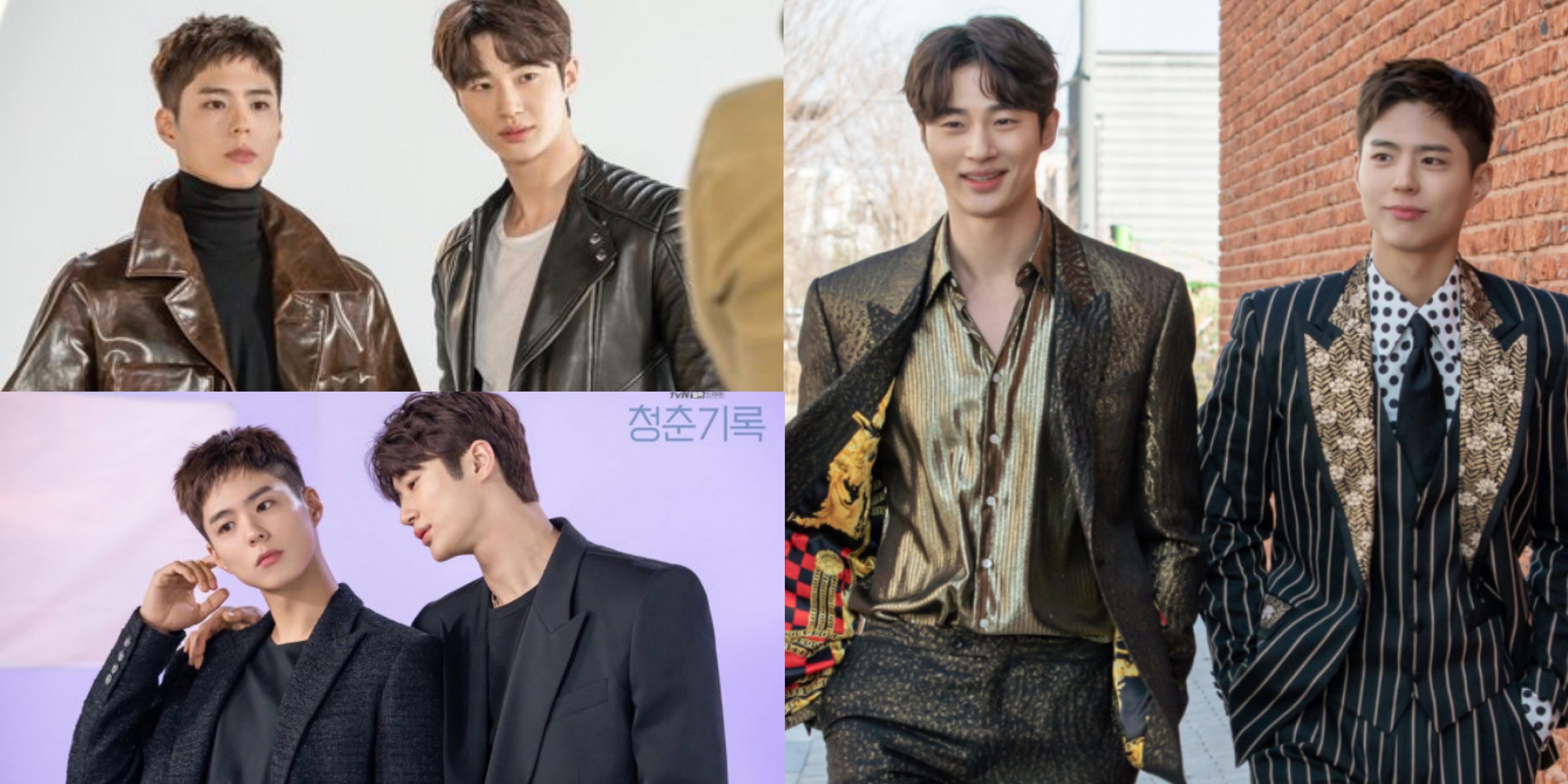 Kim Da Mi and Kwon Nara of “Itaewon Class”
In style and in personality, Yi Seo (Kim Da Mi) and Soo Ah (Nara) are total opposites. Yi Seo is more trendy and edgy while Soo Ah is more traditional and classic, which also relates to their beliefs in life and in business. You’ll hear shots firing when these two are in one place as they simply cannot get along, but deep inside, they both have feelings for the wonderful Park Saeroyi (Park Seo Joon) — making “Itaewon Class” a must-watch for the characters and fashion clashes! 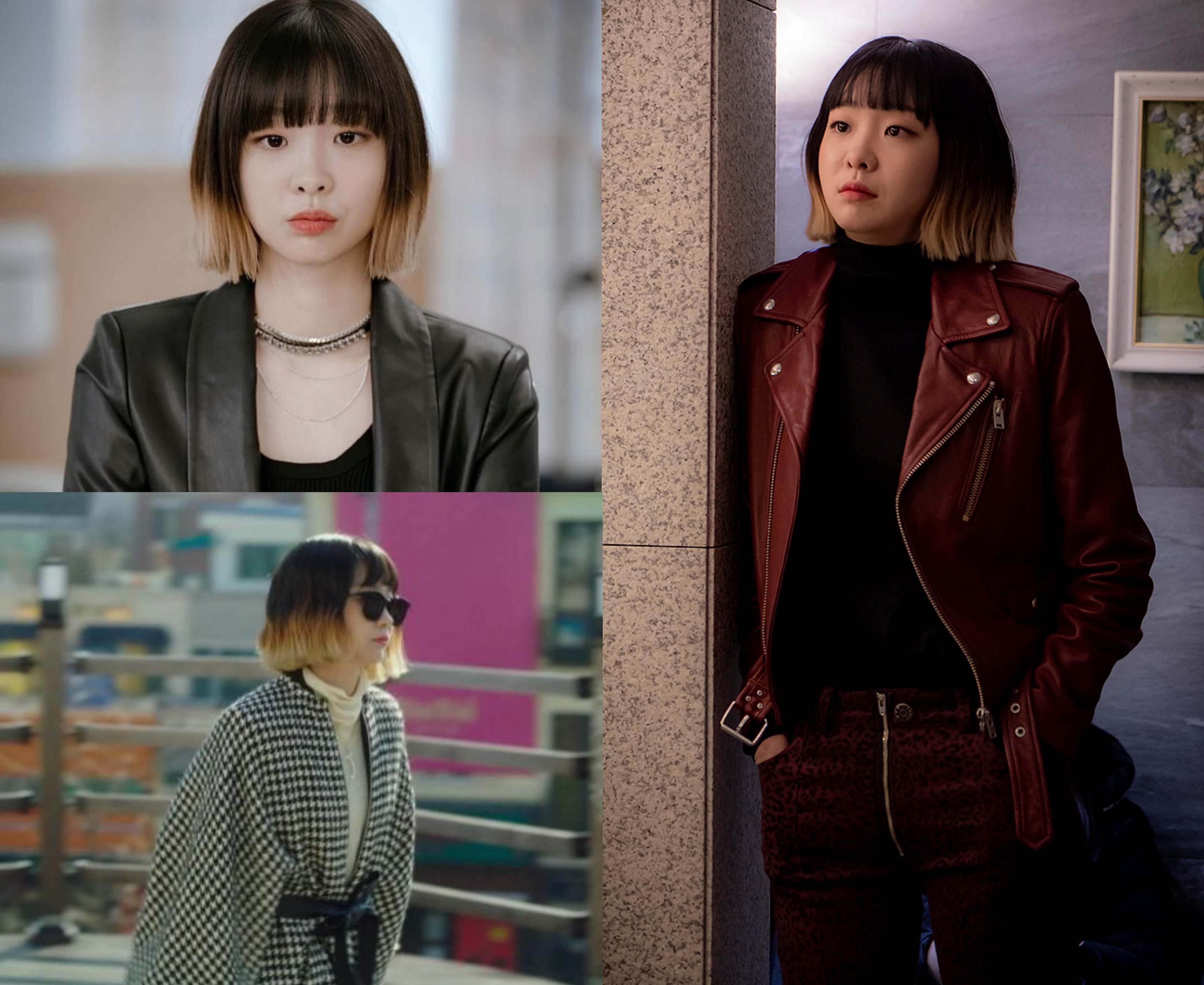 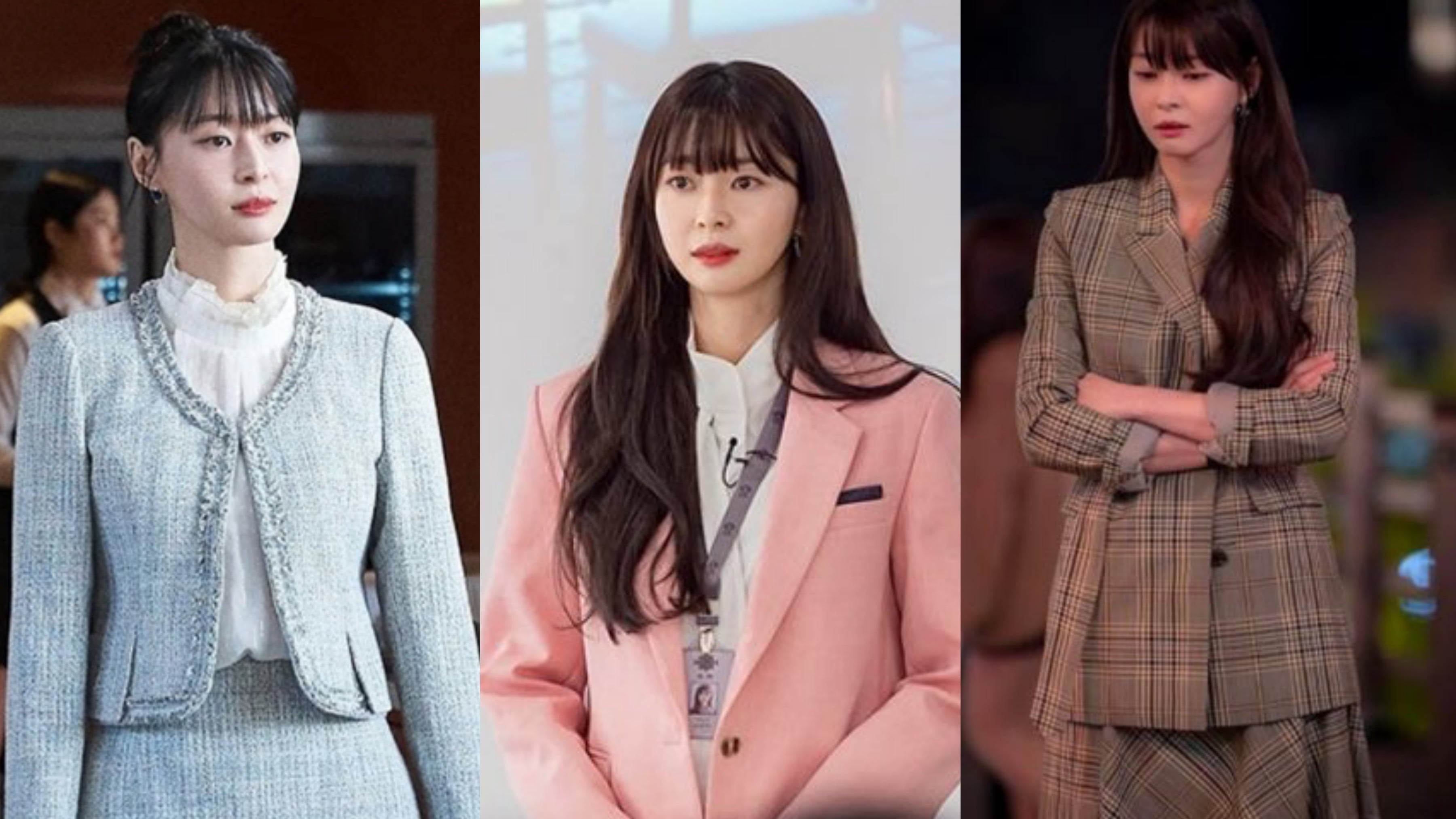 These two elite lawyers are also elite in fashion with their sleek, smart, and perfectly coiffed looks that simply go well when they’re together. With witty comebacks and clever wardrobe, this drama is definitely in style. 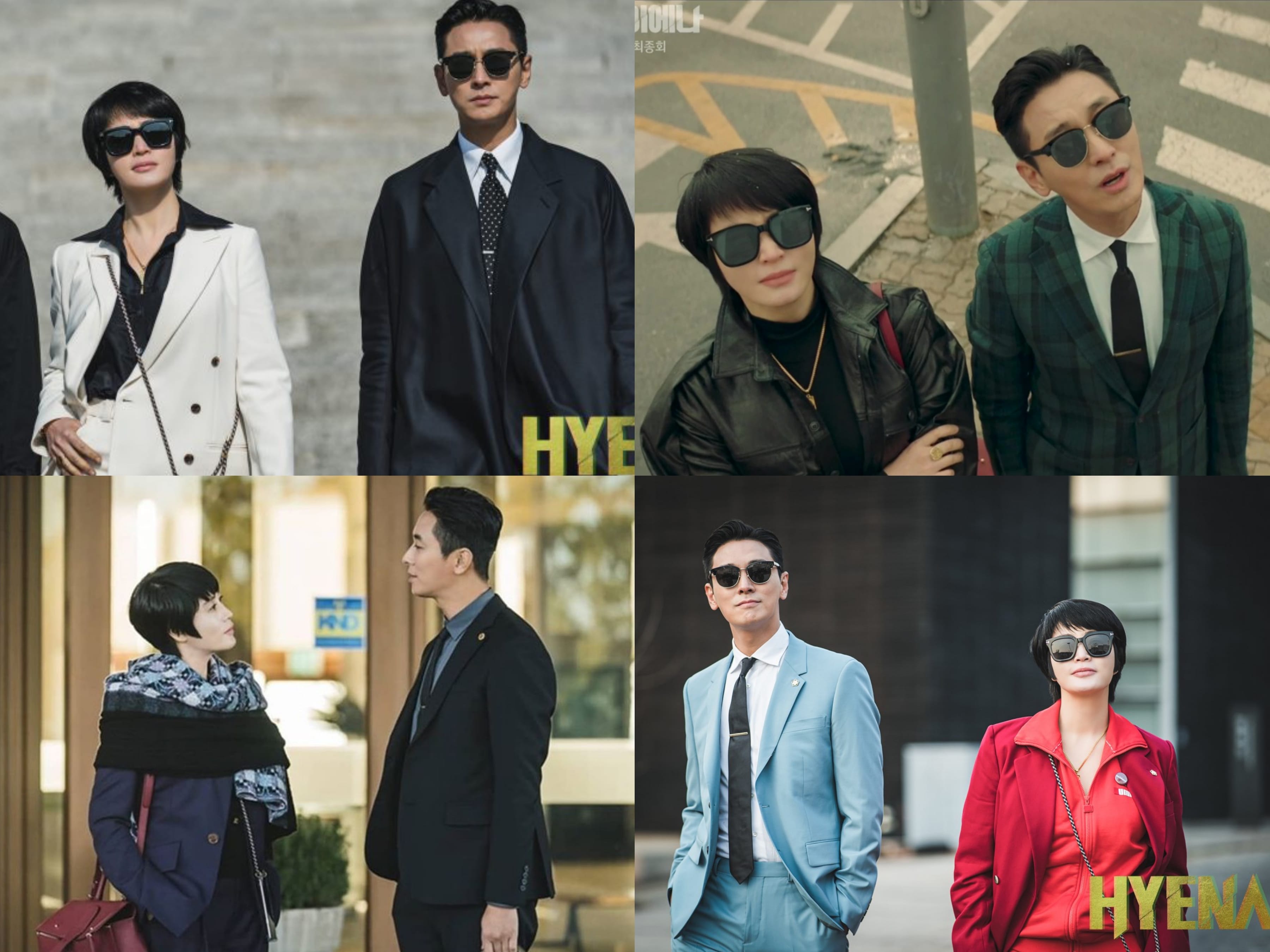 This couple is giving us warmth and sweetness this winter with their cozy looks both in gaze and style. Mostly including a neutral palette of whites, nudes, with little hints of color, the couple’s outfits play well with the slow burn pace, calming rhythms, and serene setting of this drama. 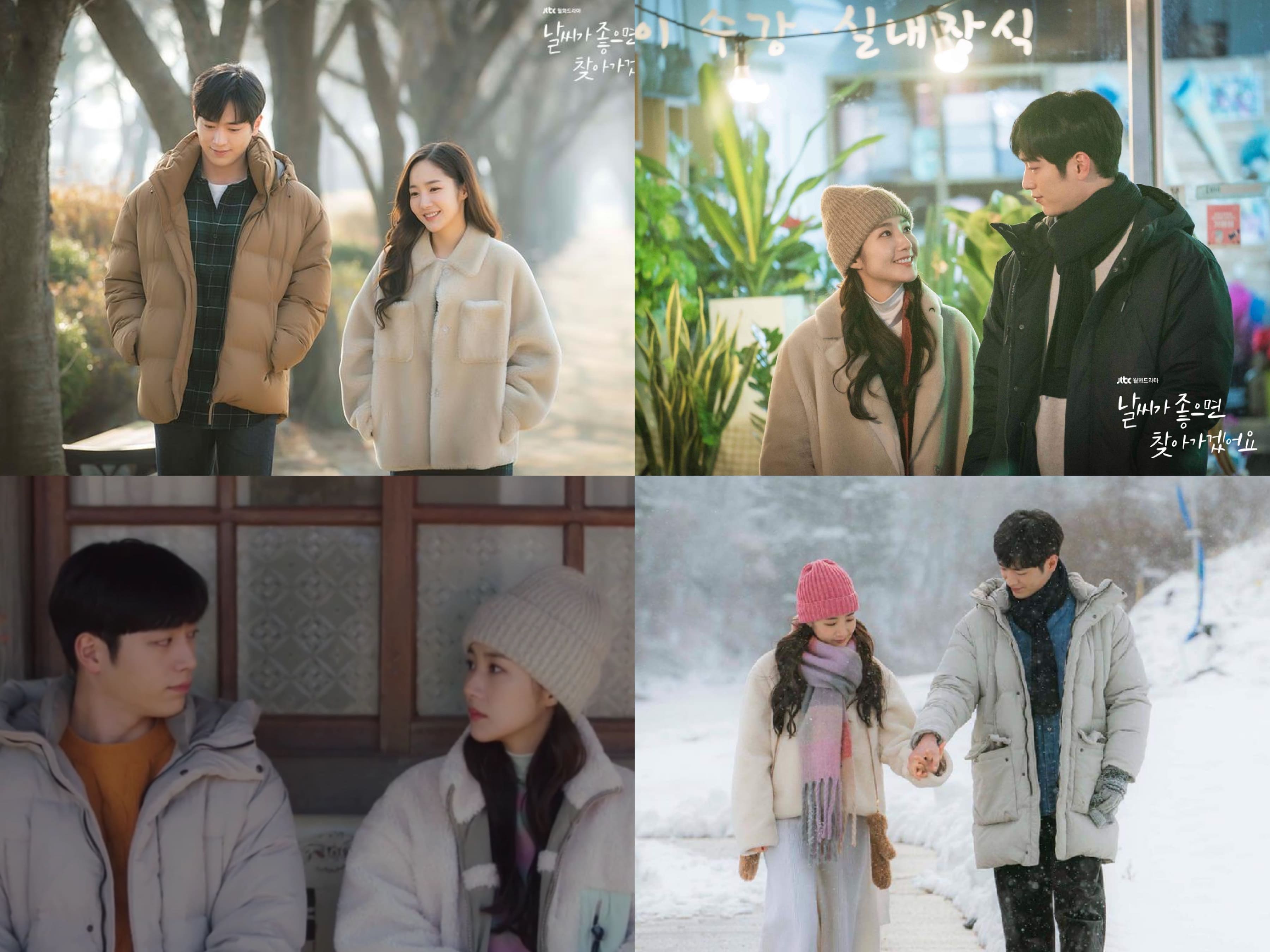 This couple could also very well be called the most adorable! A cat that turns into a man falls for his caretaker, and you can expect laughs, cuteness, and craziness in this drama. Set in fall and winter, the two leads wear cozy outfits that are perfect for cuddles. 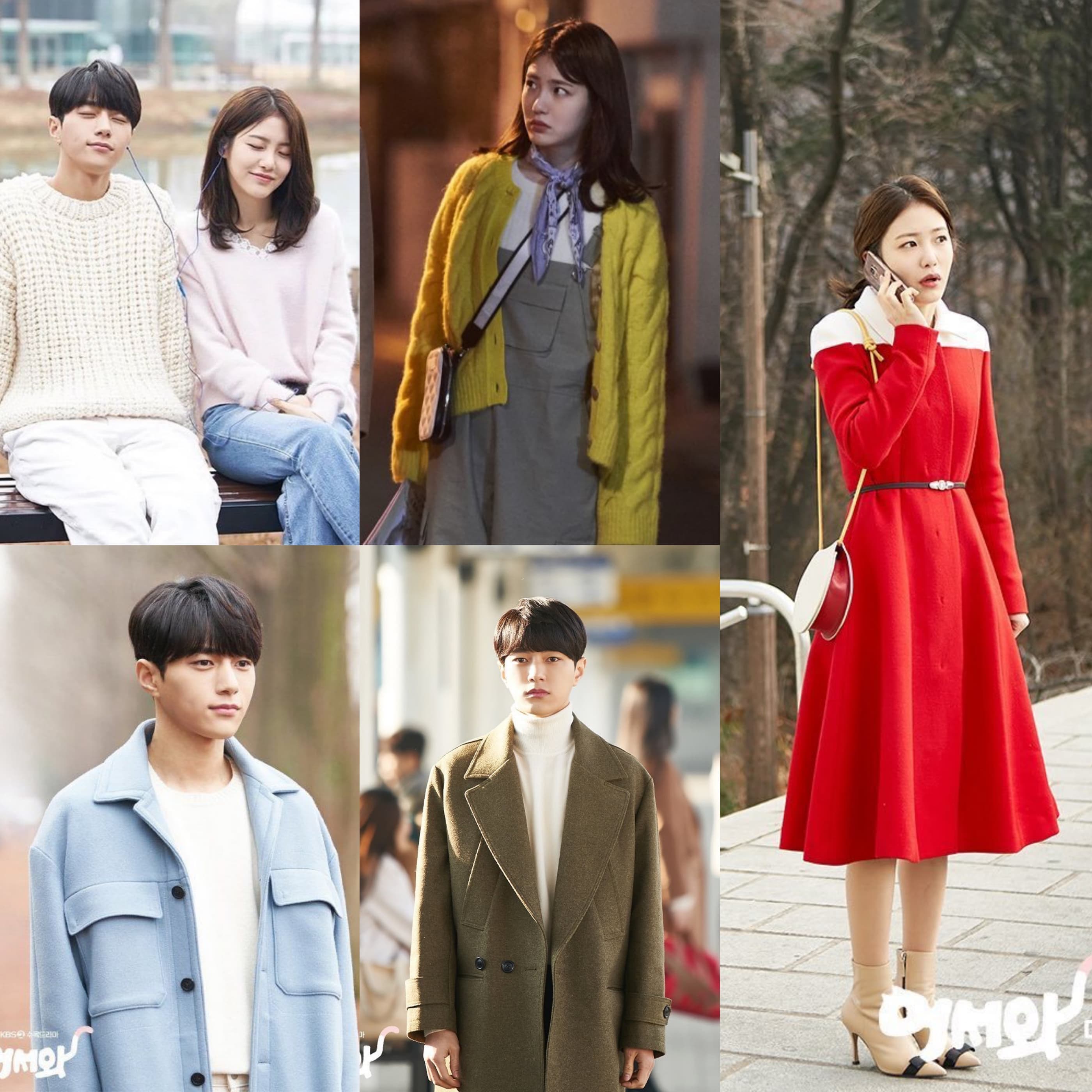 They may wear scrubs for days, but in their time off, these two wear casual, comfy outfits that are just the right kind of stylish. Especially Cha Eun Jae (Lee Sung Kyung) who is a top surgery fellow in the hospital but a go-getting, stylish woman in her own right. 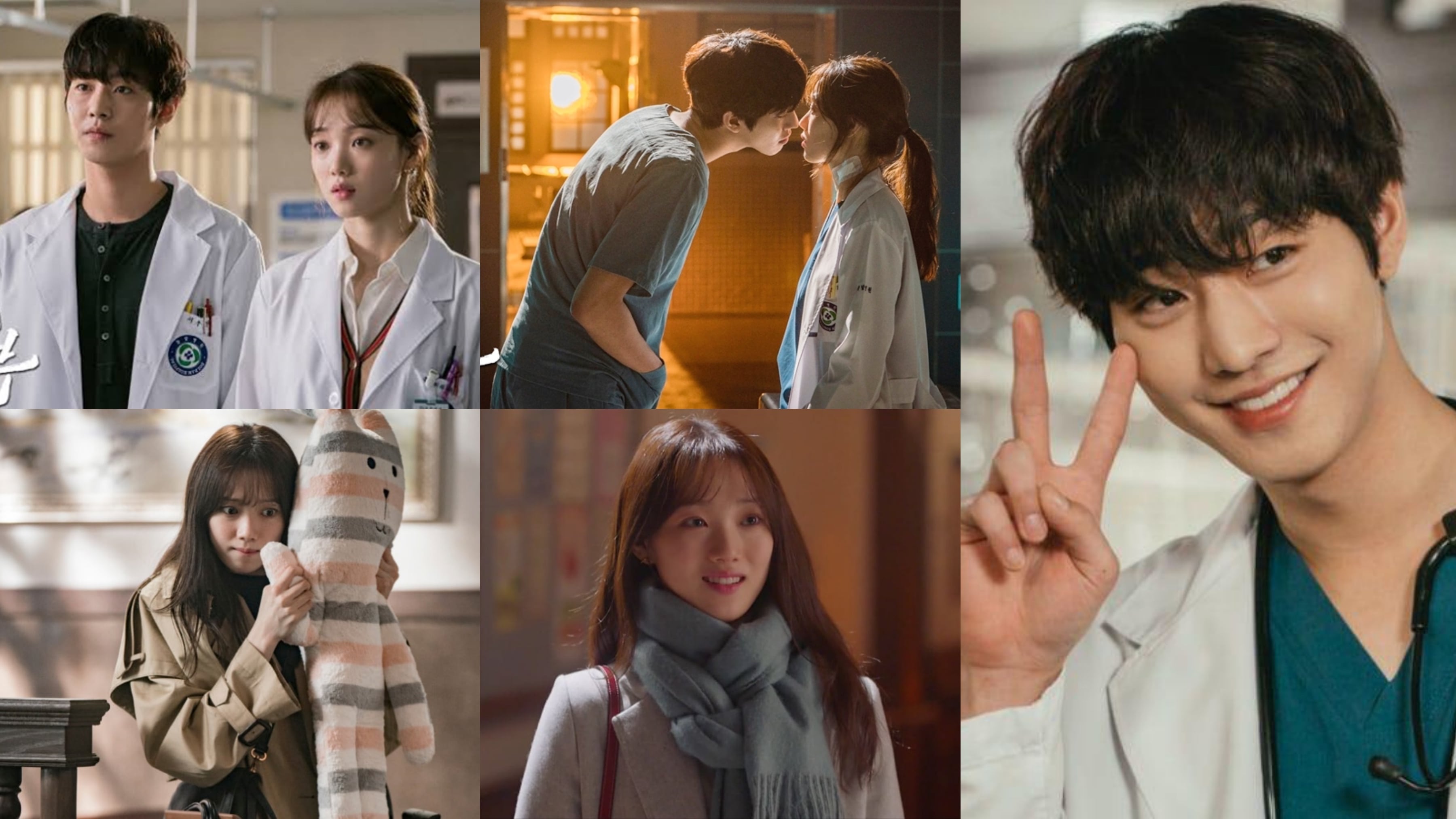 Moon Ga Young in “Find Me in Your Memory”
Ha Jin is a rising celebrity who eventually becomes the “nation’s dream girl” because of her talent, natural beauty, and style. You can expect to see her in soft, feminine looks, colorful pieces in flattering cuts, and a striking wardrobe that’s fit for a star. 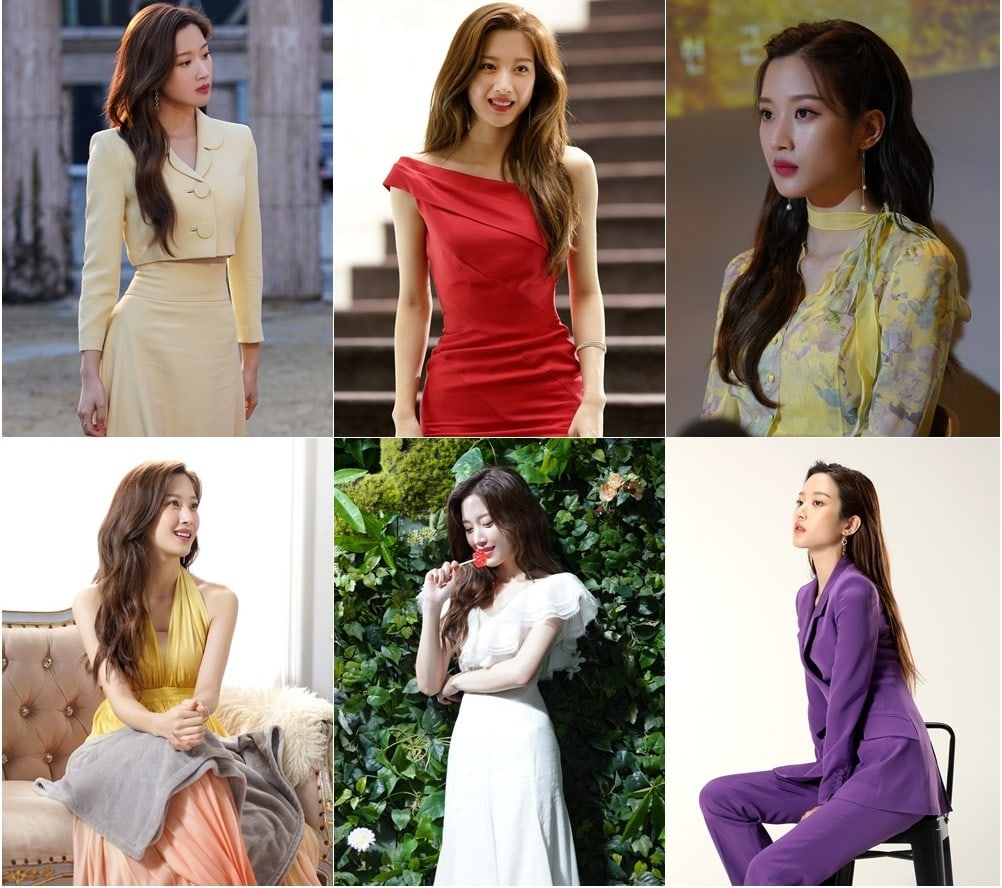 Start watching “Find Me in Your Memory”:

Ra Ra is the chaebol daughter of a conglomerate who experiences hardships when she loses her father and the privileged, charmed life she got used to. Spoiled by her father, Ra Ra often dresses like a princess with her flouncy skirts, frill details, and pastel-colored outfits. This style fits her bubbly, kindhearted, and innocent personality that made Joon, (Lee Jae Wook) a handsome, responsible young man fall in love with her. 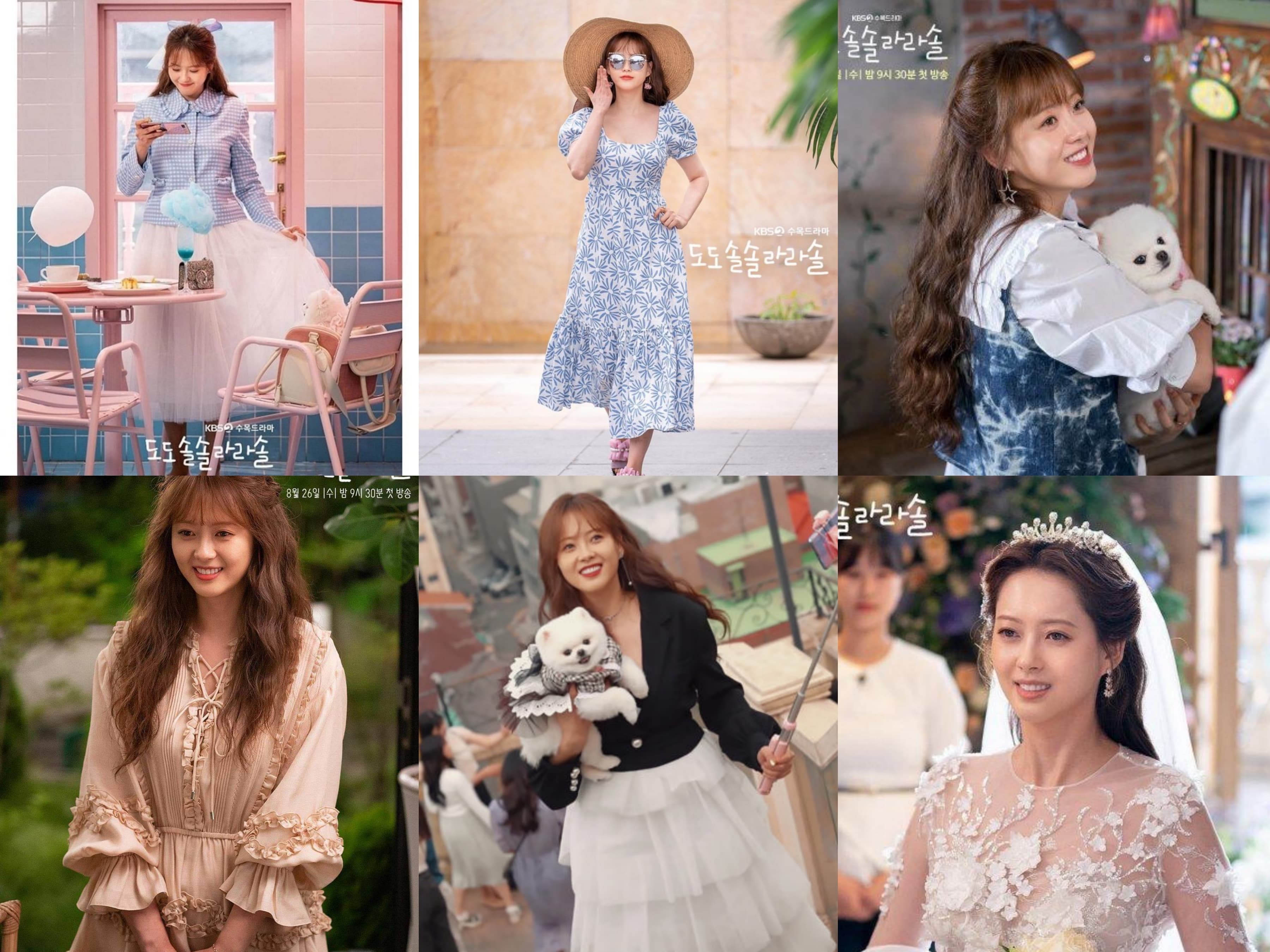 Roo Mi is a fierce businesswoman who knows what she wants and gets it. Her trendy accessories and unique fashion make her a standout character in “XX,” a web series about friendship, betrayal, and intoxication with love. 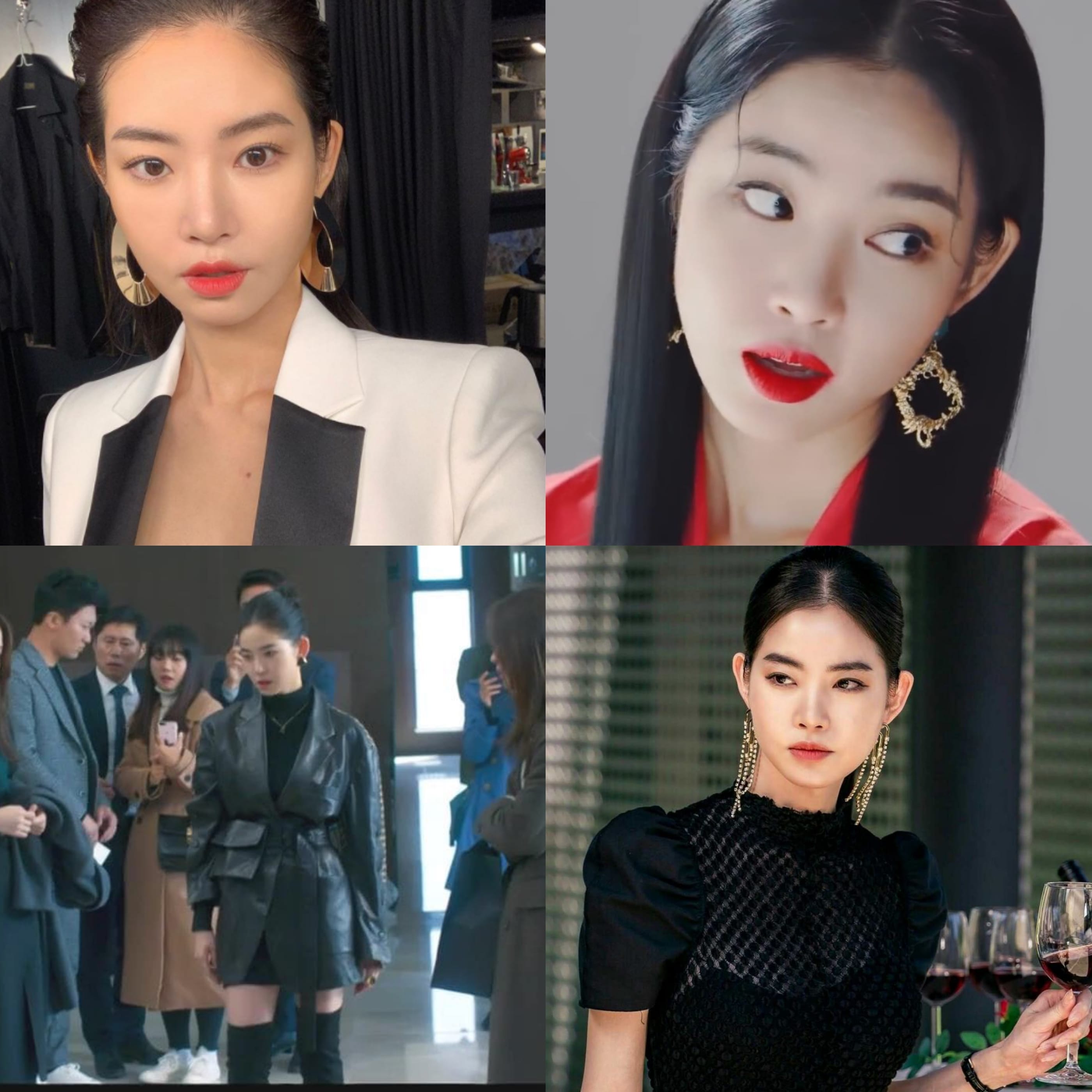 Who hasn’t fallen in love with “good boy” Han Ji Pyeong? His mischievous, boyish looks are complemented by his CEO-worthy styles and savage clapbacks. But deep inside, he’s a reliable, good-natured character that captivated viewers in “Start-Up.” 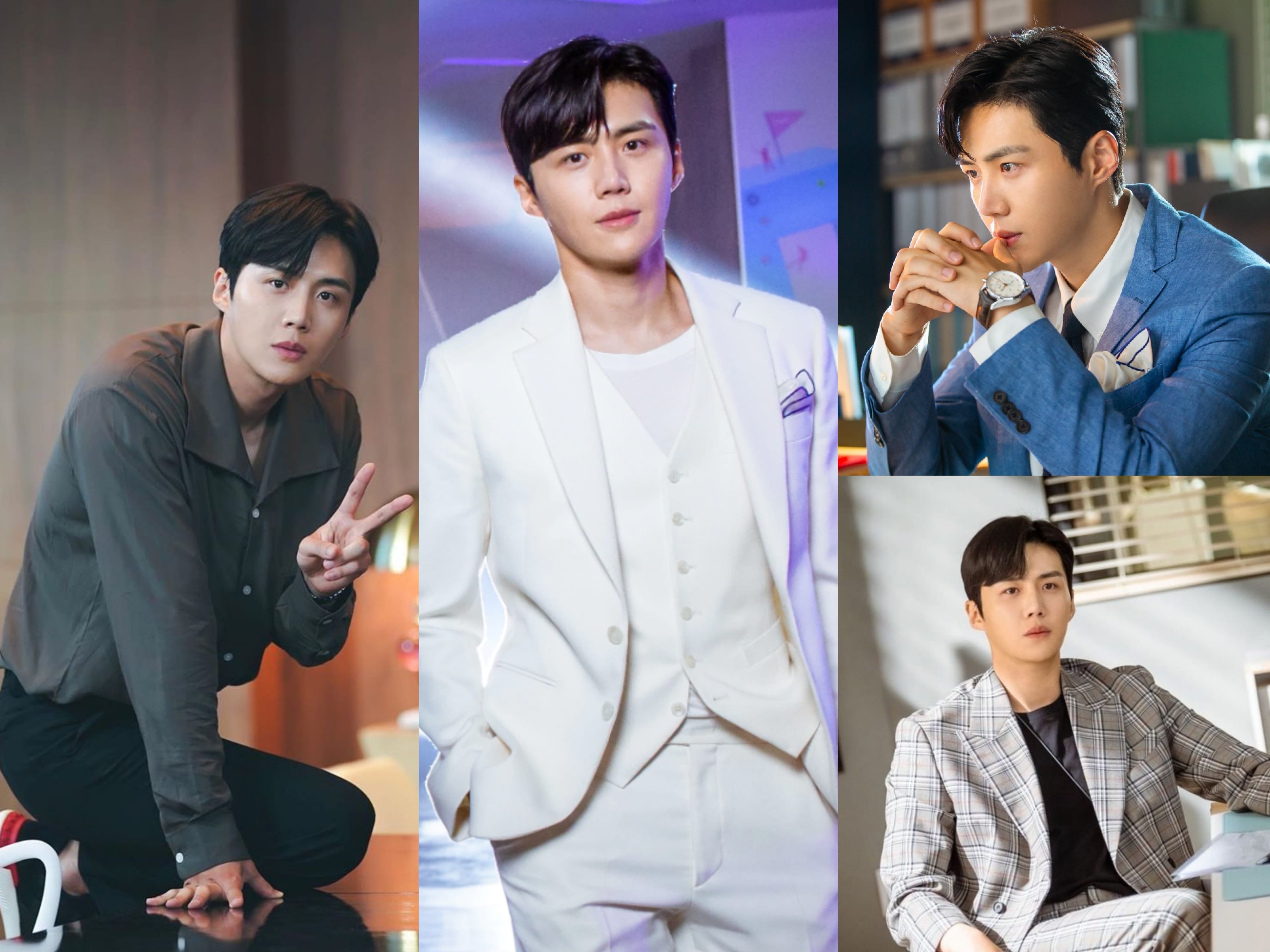 Hey Soompiers! Which of these stylish K-drama characters is your favorite? Let us know in the comments below!