“The Penthouse 2” premiered over the weekend and a lot of us were wondering what kind of crazy the writer was going to throw our way. When word got out that “The Penthouse 2” premiere was going to be rated 19+, everyone was a little curious and excited. How much crazier can this story get?! There are a lot of questions and anger stemming from season one, which is what a lot of viewers are hoping to find closure in this season. Will the writers help satisfy the need for justice to be served once and for all? I guess we will find out! But for now, here are six crazy things that happened in the first two episodes of “The Penthouse 2.”

Two years has passed when “The Penthouse 2” begins, and we are greeted with the backdrop of New York City. Cheon Seo Jin (Kim So Yeon) is having a concert and she is about to get engaged to Joo Dan Tae (Uhm Ki Joon). She gets intoxicated at her after-party and bumps into her ex-husband Ha Yoon Cheol (Yoon Jong Hoon). The two proceed to kiss and spend a scandalous night together.

Those who were expecting the makjang out of “The Penthouse” will not be disappointed. Within just the first 15 minutes of the first episode, we have Cheon Seo Jin making out and sleeping with her ex-husband while she’s still dating Joo Dan Tae! Talk about drama! It’s clear that Seo Jin still has feelings for her ex-husband, which already makes the series pretty juicy from the start. This opening scene did a good job of catching my attention and sucking me back into the storyline. It was a very makjang way to do it and pretty perfect!

When Mi Ok (Kim Ro Sa) finds out that the love of her life and boss, Joo Dan Tae, is in a relationship with Cheon Seo Jin and that the two are to be married, she is distraught. She is willing to do anything it takes to make sure that Seo Jin doesn’t marry him. Dan Tae finds out about this and ends up kicking her out of the house, which eventually leads to her killing herself. 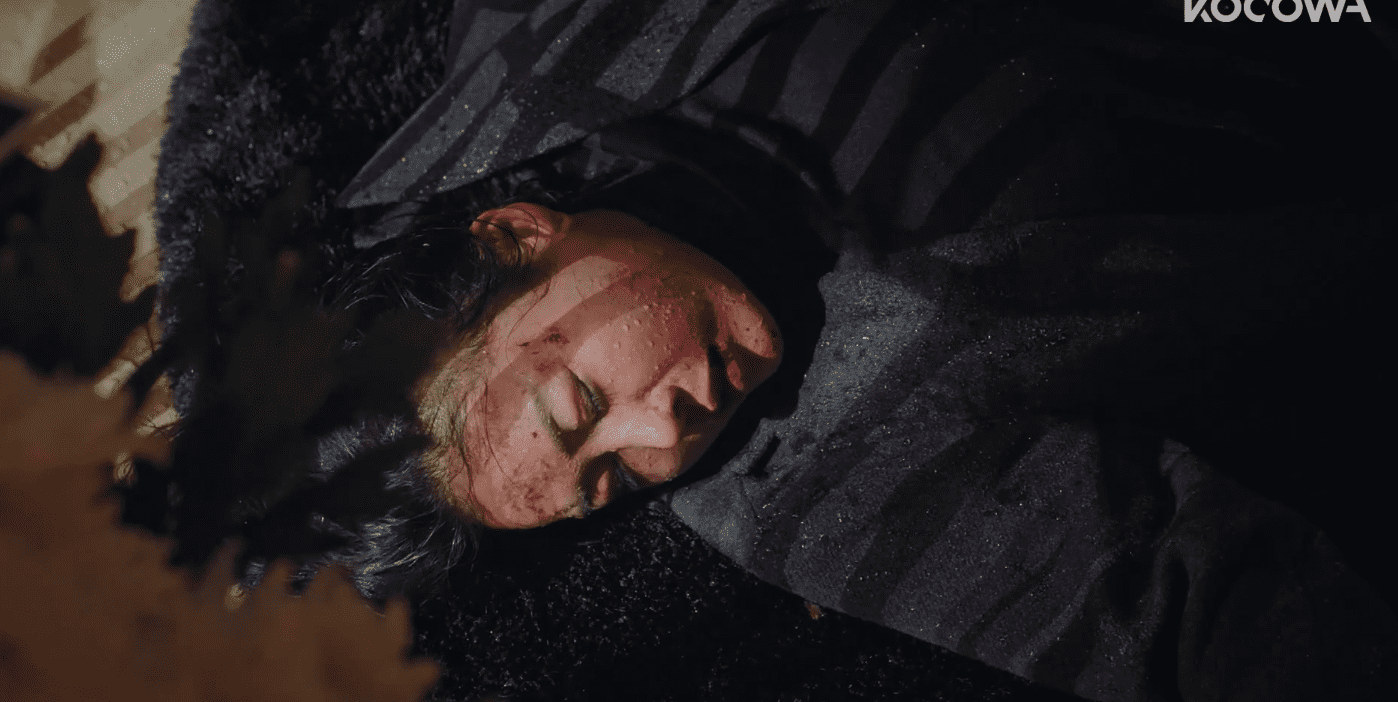 This whole part is pretty creepy. The disturbing way in which Mi Ok longs after Dan Tae, and is under the illusion that they are meant to be, is eerie and chilling. Kim Ro Sa does an excellent job of making us believe that she’s completely nuts. Somehow her part of the story is killed off in just the first episode; judging from the first season, death of any character really comes as no surprise. This whole aspect of the storyline seemed pointless, but it was necessary to push the arrest of Joo Dan Tae and spark the return of Oh Yoon Hee (Eugene). I’m sure this won’t be the last death of a character in the series ahead.

3. Joo Dan Tae getting arrested for the murder of Sim Su Ryeon

Joo Dan Tae and Seo Jin host a party with their close friends from Hera Palace but are quickly interrupted by the police. They barge into the party right when Dan Tae is about to propose to Seo Jin. He is taken to the police station and is interrogated (again) about the death of his previous wife. He tries to convince the police that Oh Yoon Hee could be behind this, but to his dismay, Yoon Hee ends up coming into the police station right at that moment.

We were all waiting for this moment. We knew that Yoon Hee would be back this season and that she would be determined to get revenge on Seo Jin. Her entrance into the series did not disappoint. She was able to prove her innocence and be let out of jail, daunting both Dan Tae and Seo Jin. Her plan to get back at the couple is in full force, and it is definitely gratifying to watch. Although Eugene isn’t necessarily the hero in the plot, there is a sense of hope for her to bring Seo Jin and Dan Tae down. We’ll have to see what epic plan she has in store as the episodes come. 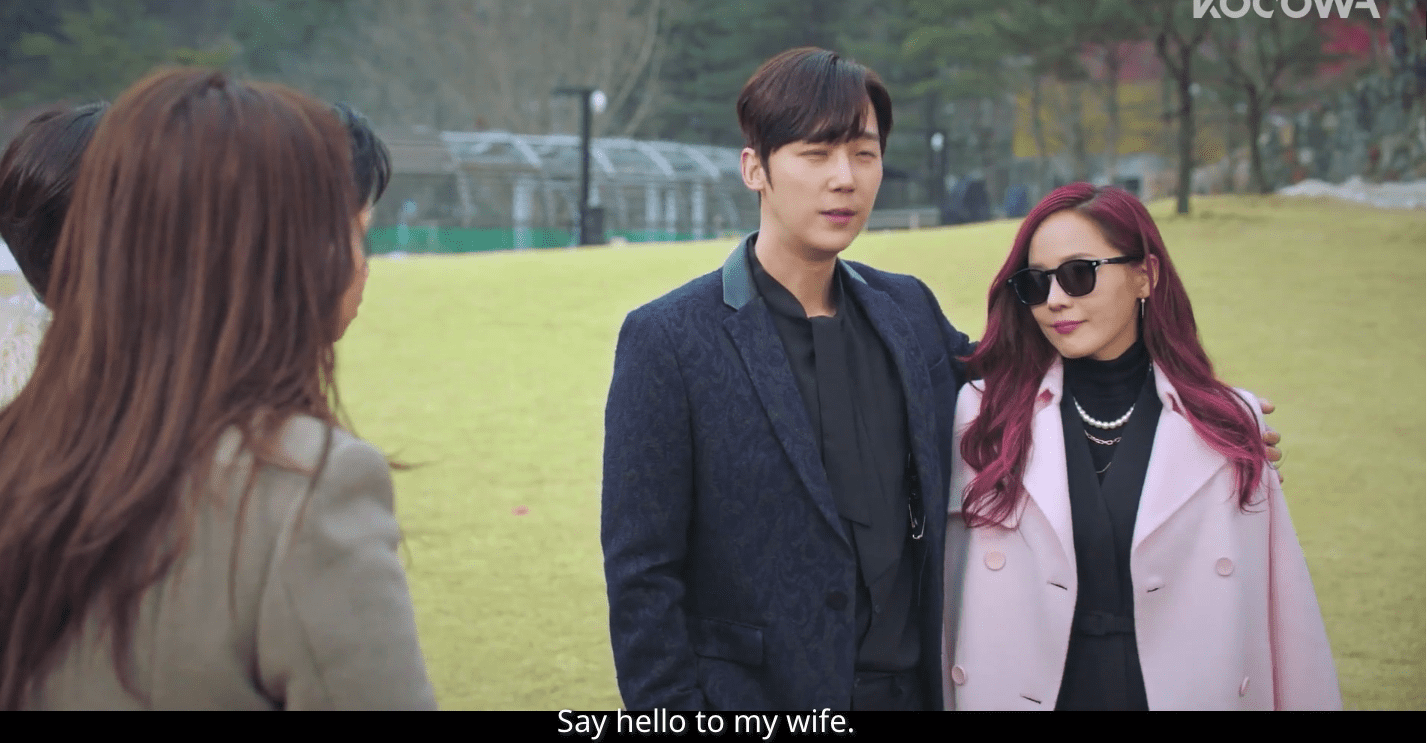 We do find out later that their marriage is not official and that they are both plotting to get back at Dan Tae and Seo Jin, but it is still a shock that the two have joined hands to seek revenge. Their entrance is a shocker, and it definitely puts Seo Jin in her place as she starts to not only develop jealousy and feelings for her ex-husband, but it also makes her more panicked than ever. Seeing Seo Jin so nervous and anxious was satisfying, and I can’t wait to see Seo Jin and Dan Tae pay for what they have done!

6. Yoon Hee stepping in to lip sync for Seo Jin

Cheon Seo Jin finds out that she needs surgery on her vocal chords, but with the impending solo concert coming up, she refuses to take time off to rest. She comes up with a plan to lip sync the concert, finding the best singer she can. She bribes the woman and makes her swear that no one will ever find out about this plan.

Everything seems to be going smoothly until the night of the concert when Cheon Seo Jin is singing. She can tell that the voice that is singing is not the woman she has hired. After the concert, she confronts the mystery woman and sees that it is Oh Yoon Hee.

Ever since Yoon Hee barges back into Seo Jin’s life, viewers have been getting some crazy doses of drama. It’s so satisfying to see Seo Jin suffer and get scared of what Yoon Hee could possibly be planning to do. She deserves every bit of the torment that Yoon Hee is putting her through and will continue to put her through in the episodes to come. Also, Seo Jin’s facial expressions are perfectly dramatic that you just can’t help but feel a sense of contentment when she’s feeling threatened!

Hey Soompiers, did you enjoy the premiere episodes of “The Penthouse 2”? Let me know in the comments below!

binahearts is a Soompi writer whose ultimate biases are Song Joong Ki and BIGBANG, but she has been seen obsessing over Hwang In Yeop lately. She is also the author of “K-POP A To Z: The Definitive K-Pop Encyclopedia.” Make sure you follow binahearts on Instagram as she journeys through her latest Korean crazes!