“Sell Your Haunted House” is about a real estate agent and a con artist who team up to exorcise ghosts and evil auras from haunted properties. Jang Nara stars as Hong Ji Ah, a hot-tempered exorcist and the boss of Daebak Real Estate. Jung Yong Hwa stars as Oh In Bum, a conman who doesn’t believe in ghosts but pretends to be an exorcist to make a living.

The drama has been garnering solid ratings since its premiere, taking the No. 1 spot in ratings among dramas in its time slot last week. In the last episode, Oh In Bum is suffering from the painful memories of a revengeful ghost due to the after-effects of an exorcism when he runs into Dohak Construction’s Do Hak Sung (Ahn Kil Kang) and gives him a strange look.

The new stills show Oh In Bum making an unexpected transformation into a delivery man for the delivery service “Quick Service.” He goes and meets someone in full uniform, including a helmet and vest, a 180-degree change from his usual fashionable attire. Unlike a normal delivery man, however, Oh In Bum suspiciously scouts out the location before ringing the doorbell and is seen looking nervous before it opens. He then is shocked at what appears, suggesting that this is more than just a side job. Another curious factor is that Hong Ji Ah is nowhere to be seen despite the fact that Oh In Bum barely managed to persuade her to extend their partnership contract for another month. 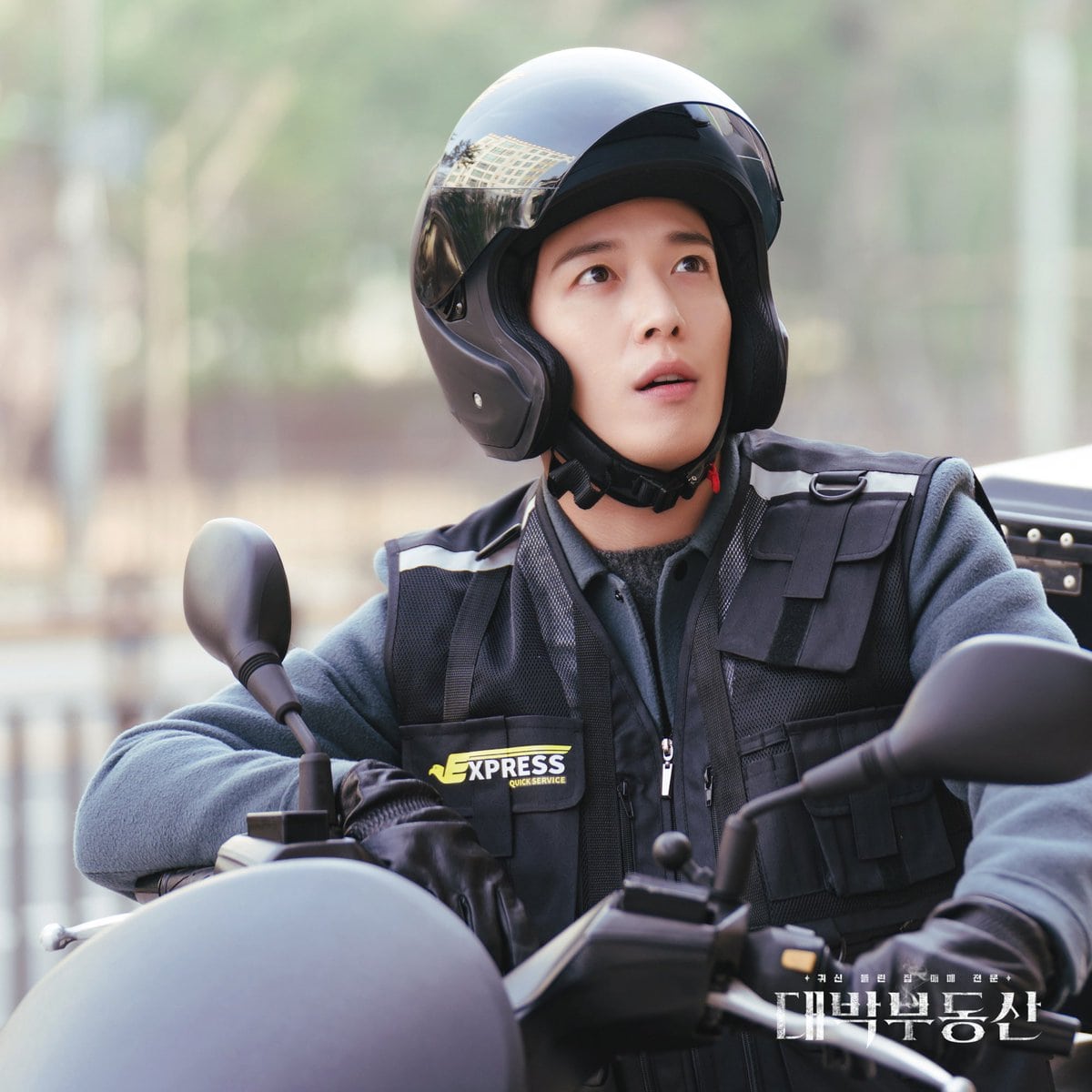 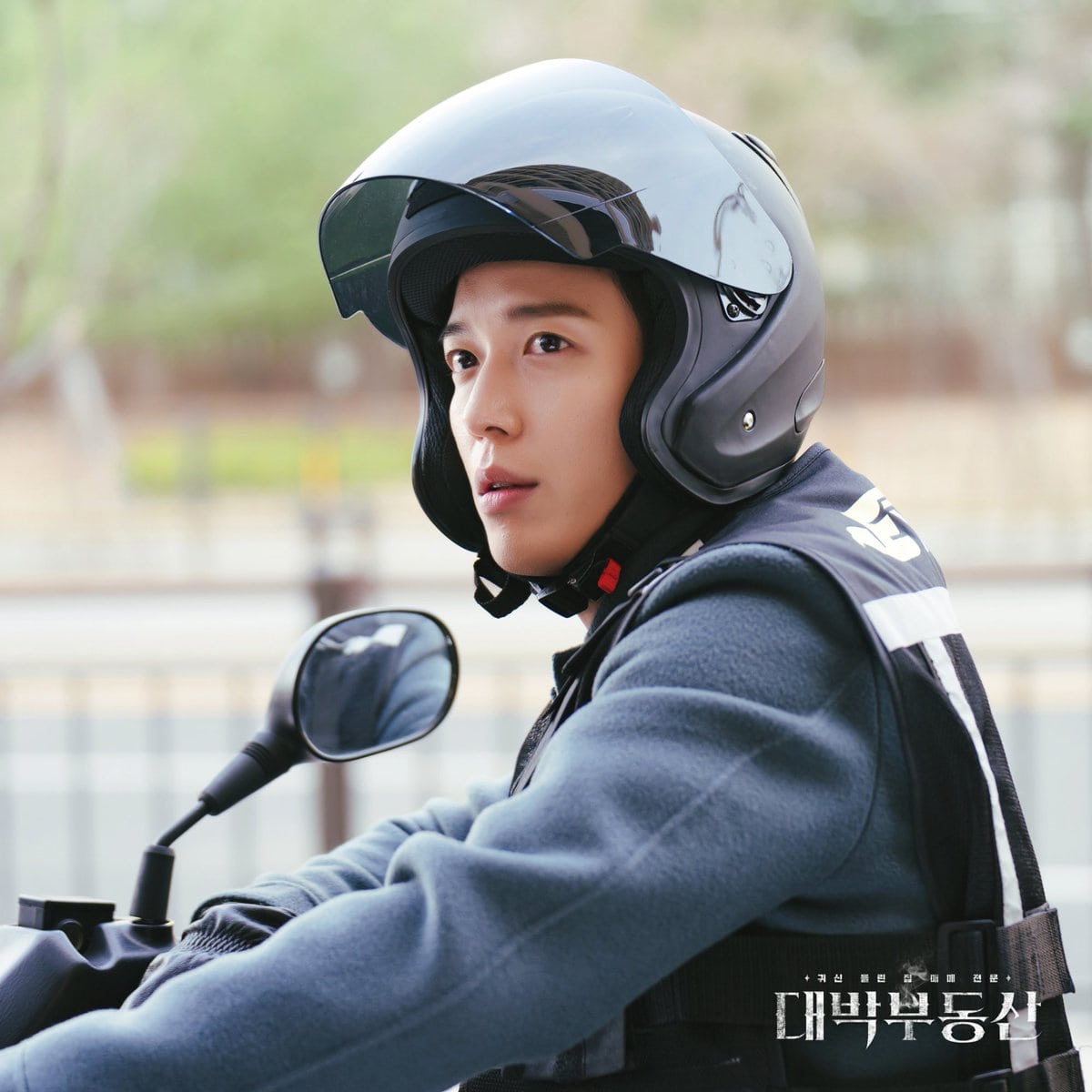 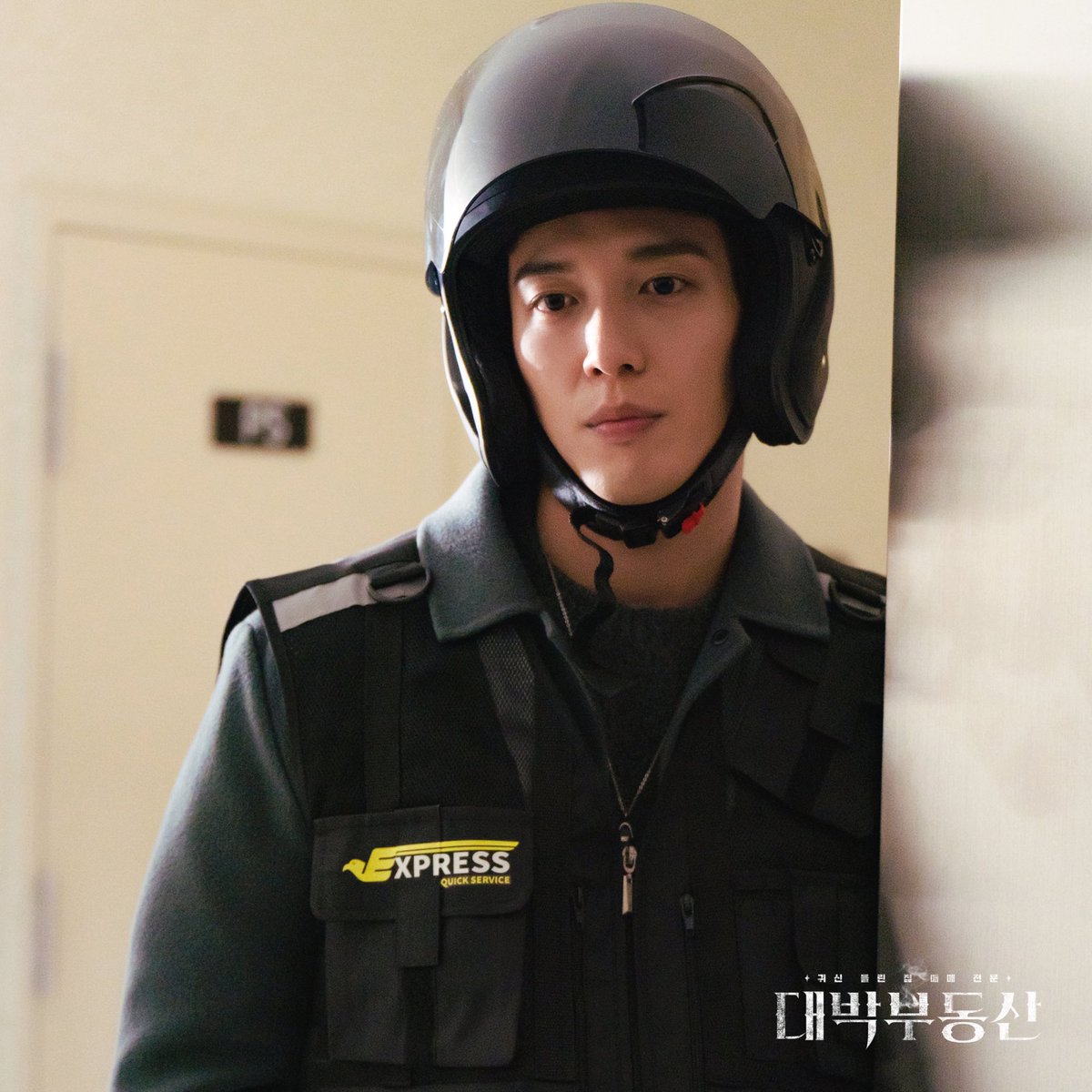 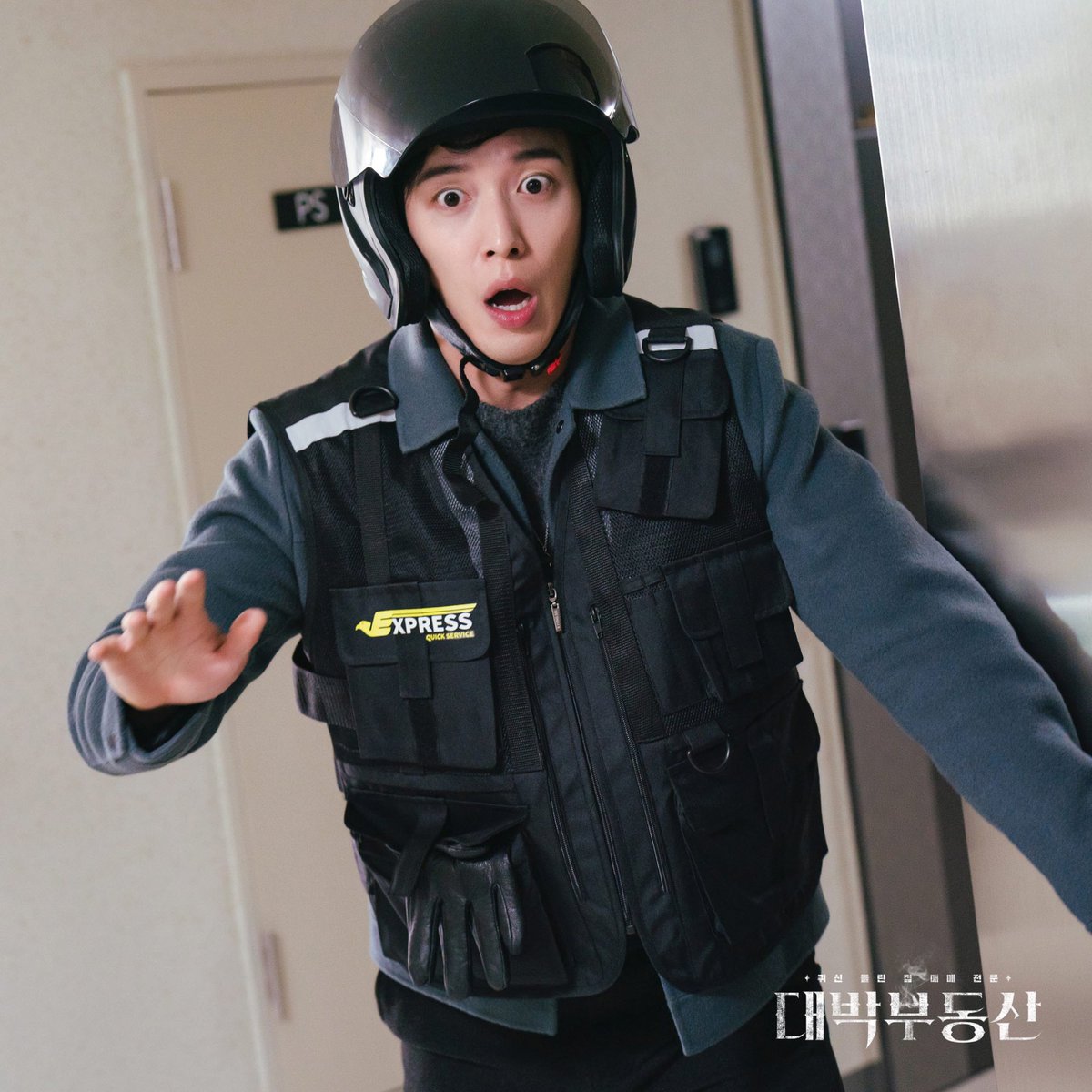 This scene was filmed back in March. Jung Yong Hwa drove the motorcycle himself for the role and threw out ad-libs despite the fact that the cameras couldn’t capture his face behind the helmet, making everyone on set laugh. In the scene where he acts surprised at meeting the person who opens the door for the package, the director advised him to make it even more comedic and he also shared his own ideas about how to act and express the scene.

The production staff stated, “From driving the motorcycle to throwing his whole body into action scenes to various comedic expressions, this scene is like a full gift set of Jung Yong Hwa. Please look forward to the resolution of the mystery at the end of episode 4 regarding Oh In Bum’s uncle’s ghost.”

Watch “Sell Your Haunted House” below!