The upcoming KBS 2TV Monday-Tuesday drama “At a Distance Spring is Green” is gearing up for its premiere!

Based on a popular webtoon, “At a Distance Spring is Green” is a drama about the realistic struggles of college students facing the harsh realities of a tough world. The drama stars Park Ji Hoon, Kang Min Ah, Bae In Hyuk, CLC‘s Eunbin, Woo Davi, and Choi Jung Woo.

Below are more details on the three leads!

With his good looks, adorable personality, and his status as the youngest son of a wealthy family, Yeo Joon (Park Ji Hoon) is loved no matter where he goes. Having been at the center of popularity all throughout elementary, middle, and high school, he continues the streak in college where he is also showered with affection. However, beneath Yeo Joon’s gentle exterior, there’s a thorny interior, raising questions about his inner conflict. In particular, Yeo Joon will have a special love-hate relationship with his older brother Yeo Joon Wan (Na In Woo). Viewers are curious to find out the secret circumstances that transformed Yeo Joon into a wolf in sheep’s disguise. 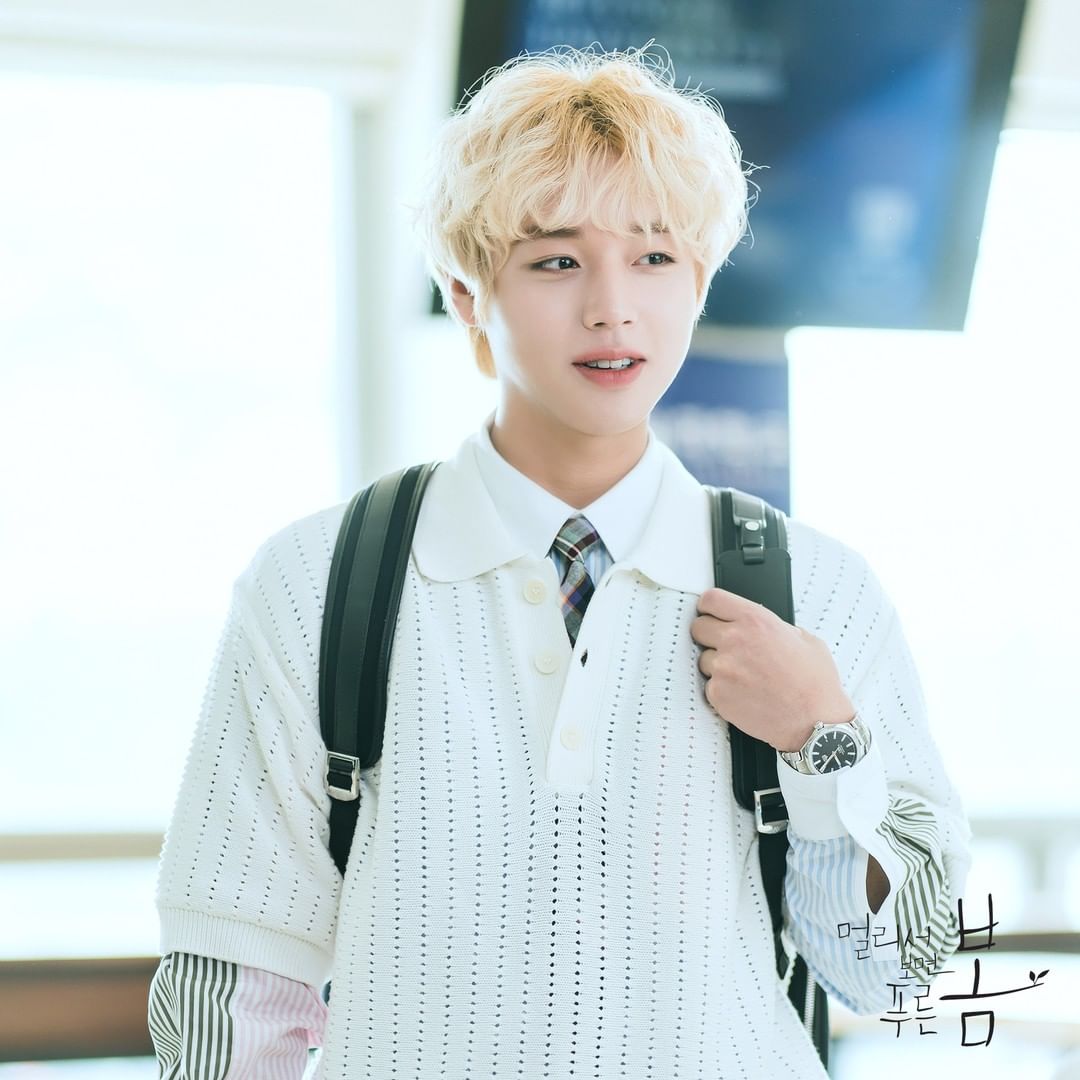 Kim So Bin (Kang Min Ah) is the type of student who works extremely hard. However, she showcases what a “realistic college student” is really like when she experiences setbacks due to her ordinary grades and background. Kim So Bin will meet the easygoing Wang Young Ran (Eunbin) and the haughty Gong Mi Joo (Woo Davi) as her roommates, and the trio will depict a sincere campus story.

Kim So Bin has also had a longtime crush on her childhood friend Hong Chan Ki (Choi Jung Woo). Although Kim So Bin isn’t on great terms with Gong Mi Joo initially, the two finally go through a change in their relationship as they relate with each other on the topic of “one-sided love.” On top of all this, Wang Young Ran intervenes in an unexpected direction, raising anticipation for the complex and interesting relationships that will unfold. 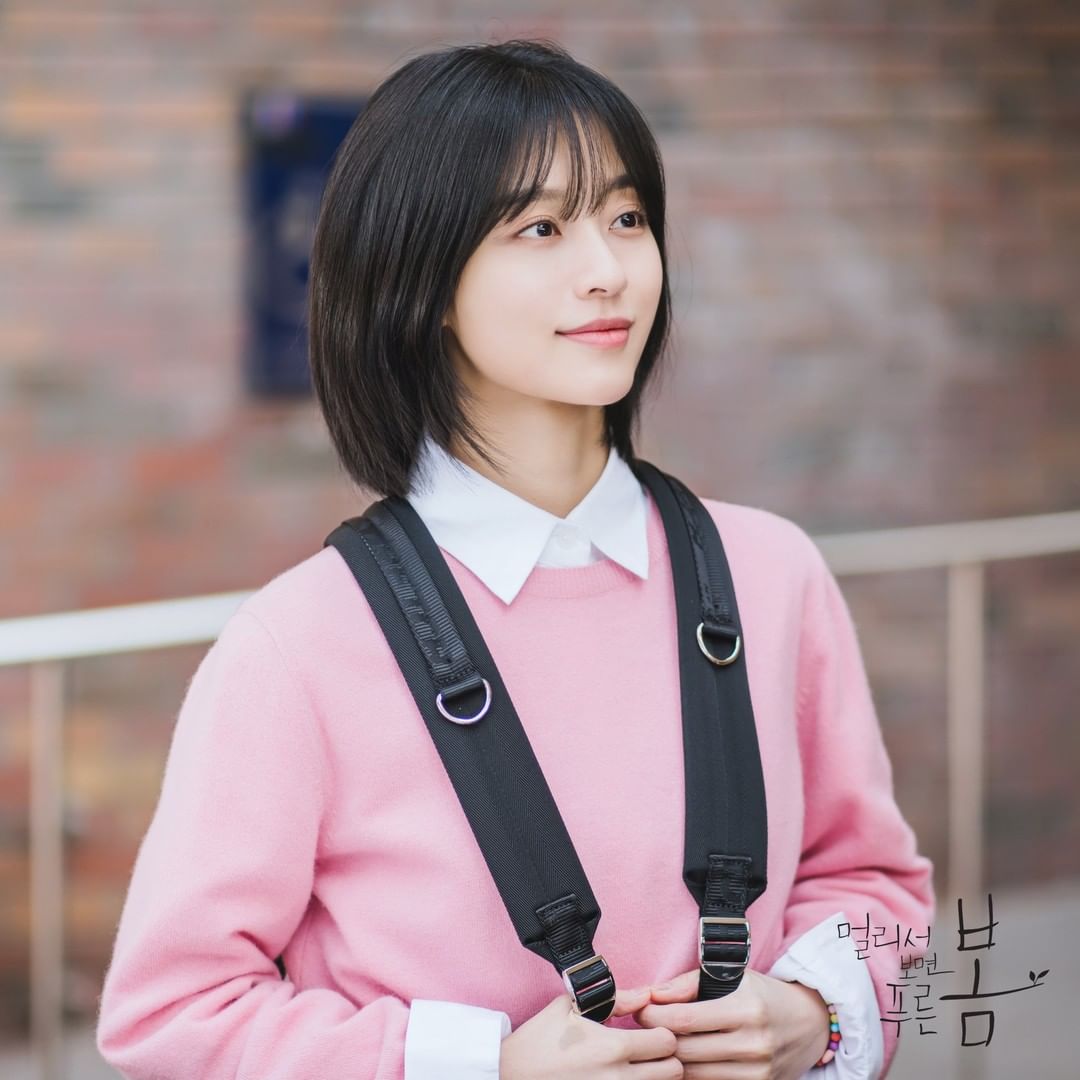 Bae In Hyuk: The lonely outsider with a hidden side

Nam Soo Hyun (Bae In Hyuk) is a brilliant mind who doesn’t miss an A+ even while taking on part-time jobs in addition to all the studying. Living a tight lifestyle, he voluntarily blocks unnecessary human relationships, making him an outsider at school. Due to his prickly personality, Nam Soo Hyun shut himself away from his department peers throughout his college life, but he gradually begins to change after meeting the first year student Yeo Joon. Despite his cold appearance, Nam Soo Hyun will show his hidden humane side through his relationship with Wang Young Ran, his only friend whom he can open up to. 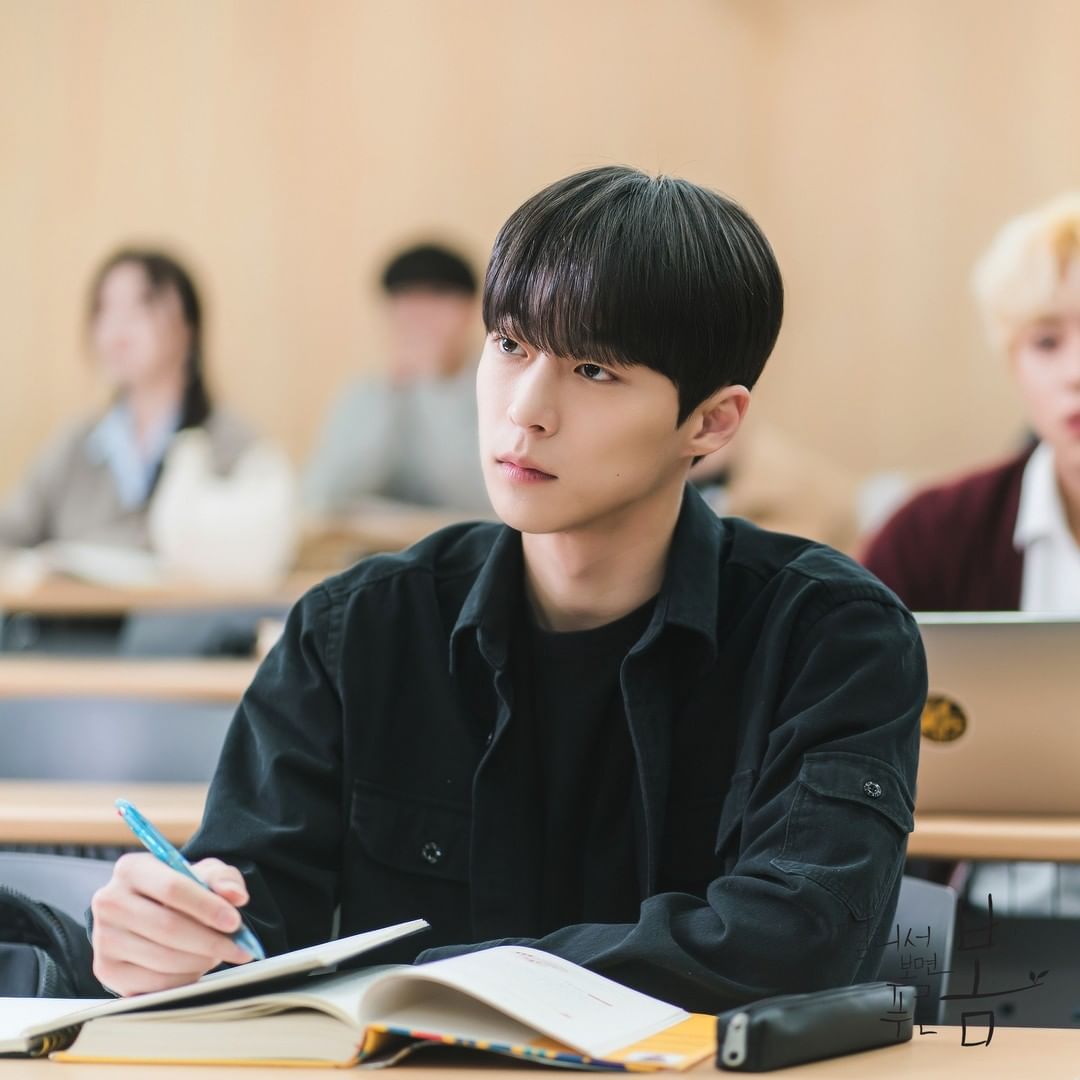 “At a Distance Spring is Green” premieres on June 14 at 9:30 p.m. KST and will be available with subtitles on Viki!

In the meantime, watch a teaser below: