Jung So Min and Kim Ji Suk will be having a home date night in “Monthly Magazine Home”!

Na Young Won and Yoo Ja Sung are moving forward smoothly with their romantic relationship. Yoo Ja Sung, who used to be adamant about not letting anyone into his home, said to Na Young Won, “Can we go to my place together?” She responded with a smile as she said, “Let’s make some snacks to have with drinks.” Dating someone for the first time in his life, Yoo Ja Sung turned into a completely different person once he realized his feelings for Na Young Won, and this side of him has been warming viewers’ hearts.

Na Young Won and Yoo Ja Sung’s romance peaked in the previous episode, where they shared their first kiss. However, the upcoming episode will be even sweeter than the last one. The pair are seen having a birthday party with just the two of them. It seems that Na Young Won will be preparing a surprise party for Yoo Ja Sung’s birthday. 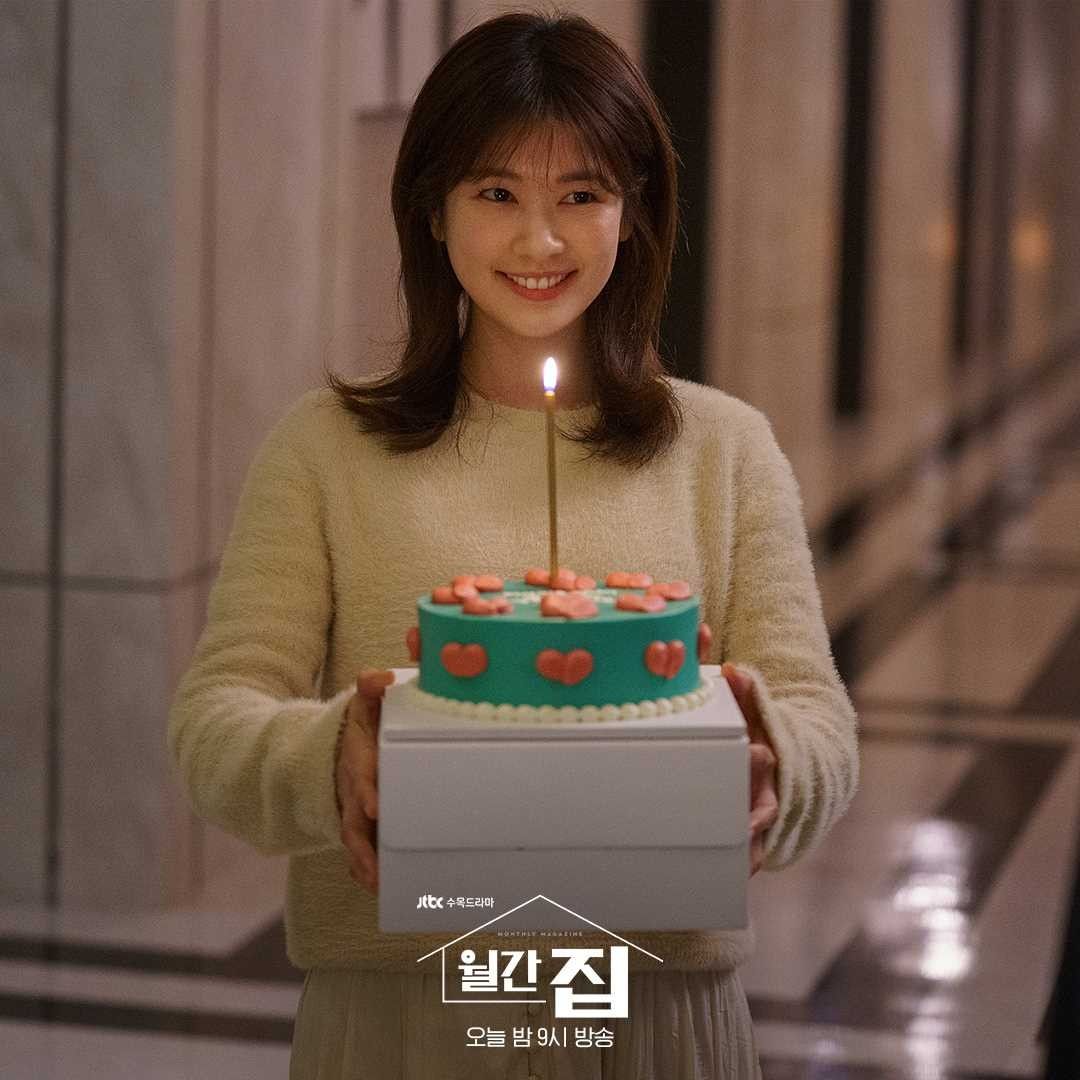 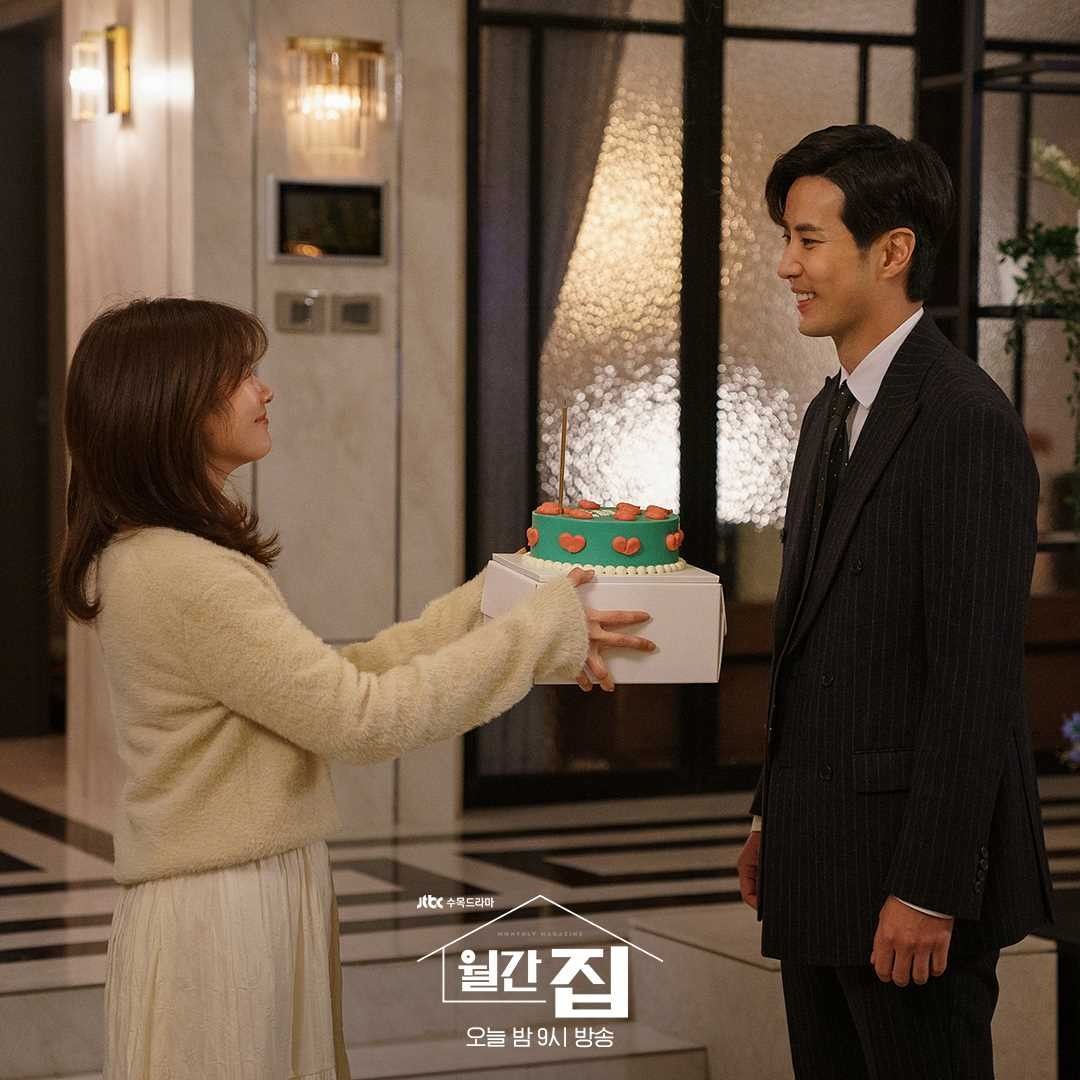 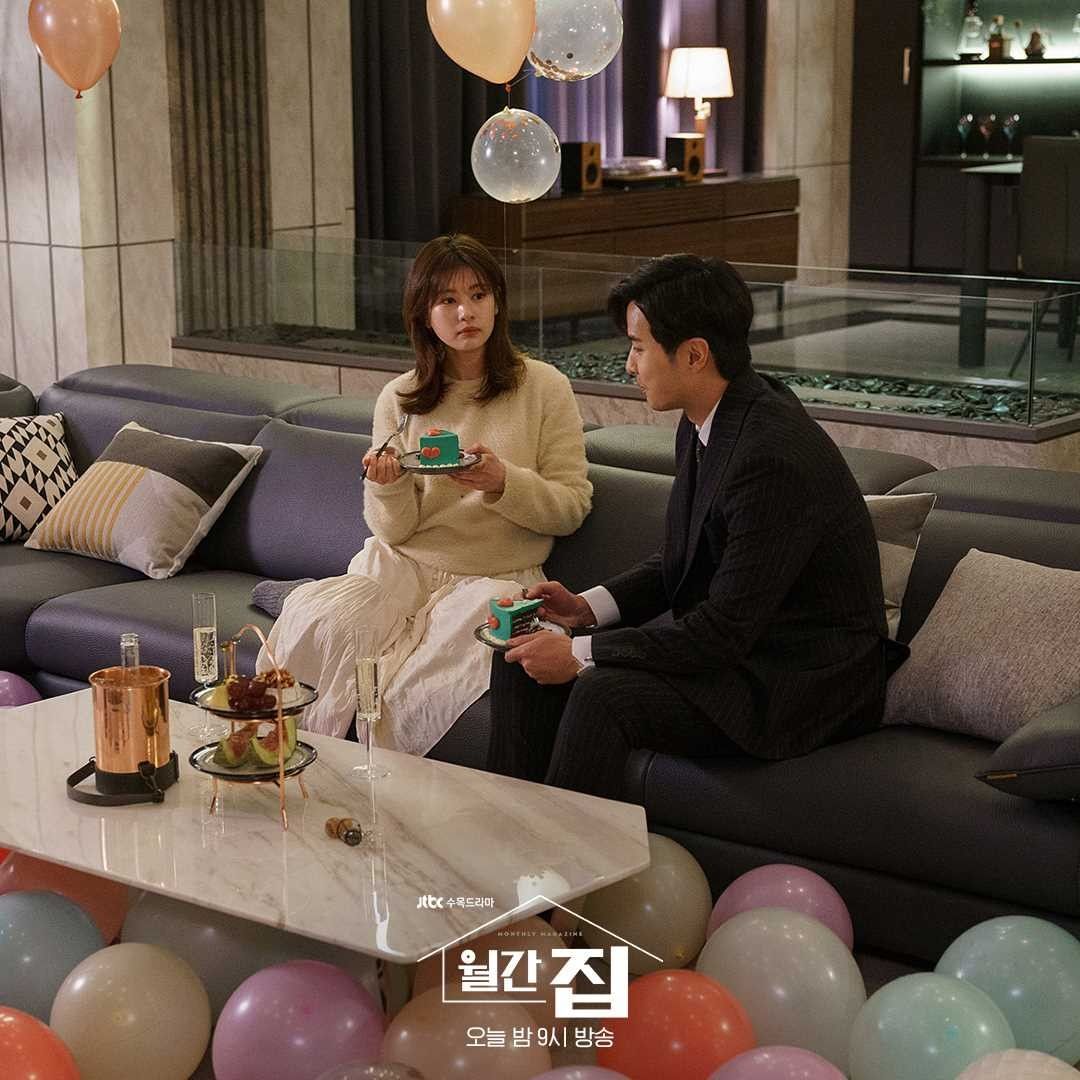 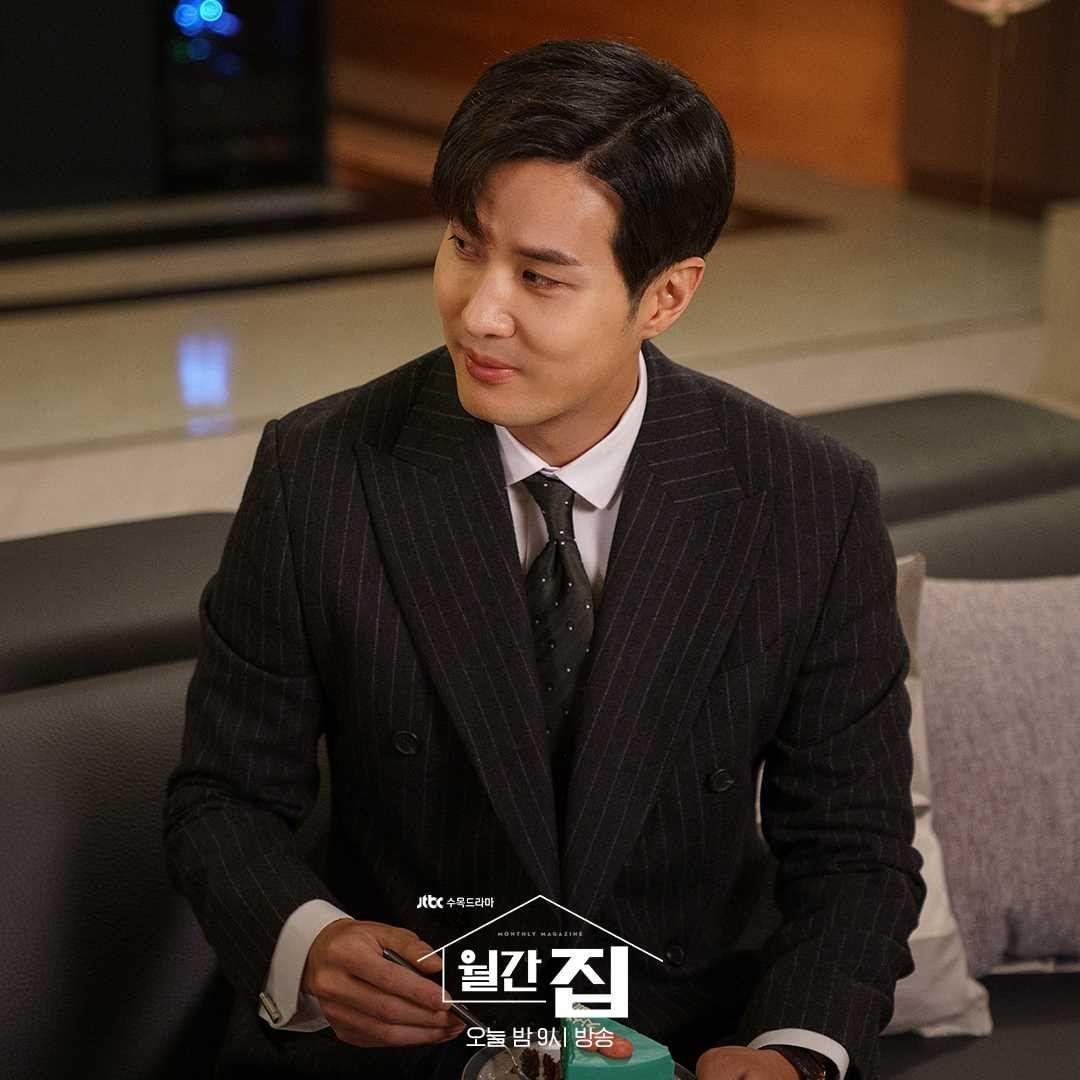 The drama’s producers revealed, “The romance will continue on between Na Young Won and Yoo Ja Sung, who made viewers’ hearts race just by being together, regardless of whether or not they shared physical touch. As you can tell from the still images, episode 11 will put a smile on your face. Please enjoy that heart-fluttering emotion as you watch the broadcast.”

Catch up on the drama with subtitles here: