New stills of B1A4’s Jinyong have been released for “Police University”!

“Police University” stars Cha Tae Hyun as a professor and Jinyoung and Krystal as students at an elite police university who team up for a chaotic investigation. Jinyoung plays Kang Sun Ho, a former hacker who starts to dream about becoming a police officer.

Jinyoung shared his reason for appearing in the drama, saying, “The characters that can’t be normally seen and the images associated with the drama were new to me. I was attracted to how Kang Sun Ho, who had no dreams or greed, started to change bit by bit after meeting Professor Yoo Dong Man (Cha Tae Hyun).”

He further delved into information about his new role. He said, “Kang Sun Ho is foolish and kind in front of the woman he likes, but he is charismatic and intelligent during investigations. I’m not cute, but I was satisfied vicariously by portraying his cuteness.” 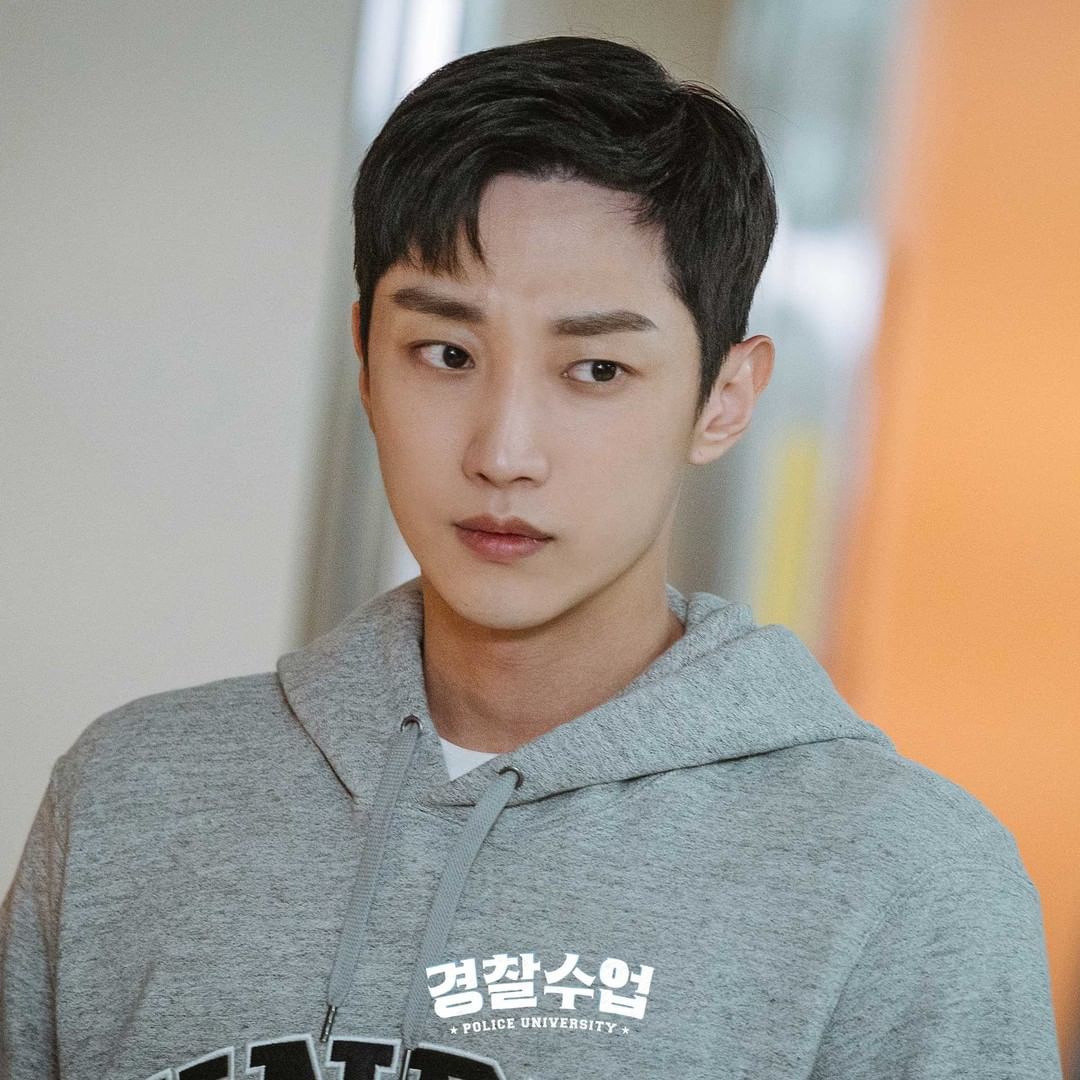 Jinyoung then talked about his synchronization with Kang Sun Ho. He commented, “Kang Sun Ho and I are similar in the fact that we are decisive when it comes to doing what we have to do and that we are both shy. Kang Sun Ho hesitates a lot before confessing to the person he likes, but I don’t hesitate if I like someone.”

He continued, “I’m thinking deeply in order to convey how Kang Sun Ho, who had been achromatic, changes as he gains colors bit by bit. I’m working hard to film ‘Police University,’ so please look forward to it and give it a lot of love.” 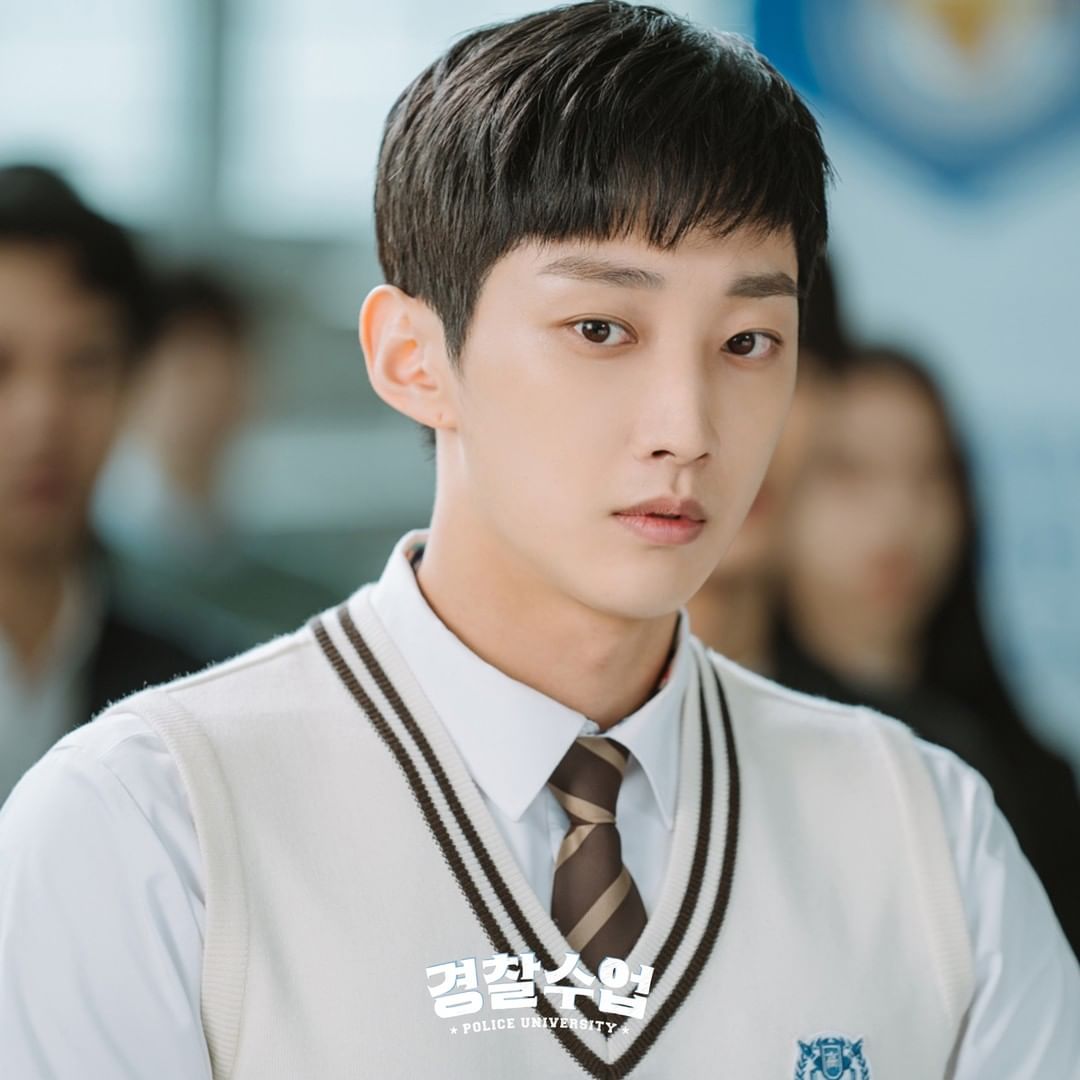 “Police University” premieres on August 9 and will be available on Viki. Watch a teaser for the drama here!

In the meantime, watch Jinyoung in “Wind-bell“: