We’re already halfway through 2021, so it’s time to look back at the past six months and the many C-dramas that were released during this time. Not sure which ones are really worth it? Fret not because here’s a list of the best C-dramas that 2021 has offered us thus far.

Since there are simply too many good ones, we’ve covered only modern dramas in this feature. Stay tuned for part two which will include wuxia and historical dramas!

Disclaimer: This list includes C-dramas that premiered and ended between January 1st and June 30th, in no particular order.

“You Are My Hero” 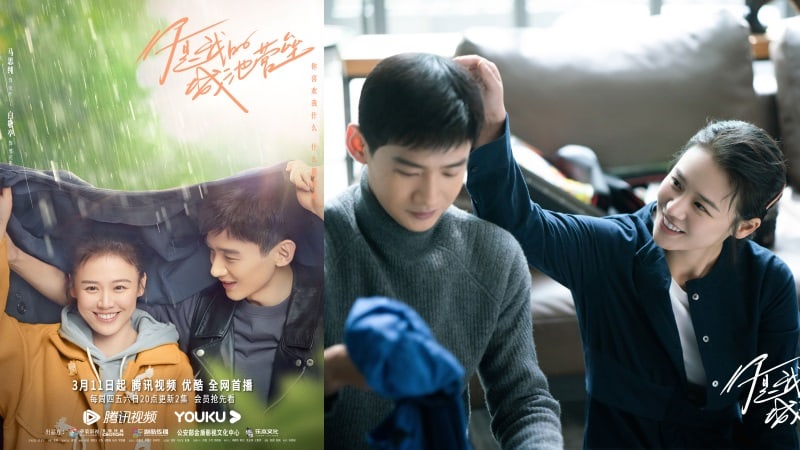 “You Are My Hero” tells the story of resident doctor Mi Ka (Sandra Ma) and special operations agent Xing Ke Lei (Bai Jing Ting), who first meet in a life-threatening situation during a robbery incident. Two years later, Mi Ka attends an emergency rescue training organized by the police, and Xing Ke Lei happens to be her instructor. Xing Ke Lei immediately recognizes the brave young woman, but Mi Ka is unaware that he’s the fearless agent who saved her life back then. When a deadly earthquake strikes the country, both join the rescue team, and while working side-by-side to save lives, they come to admire each other and develop romantic feelings in the process.

“You Are My Hero” has it all: a well-written story, fleshed out characters, excellent acting, and a beautiful OST. The drama is really heartwarming and full of meaningful messages, and the endearing characters easily win your heart!

Start watching “You Are My Hero”:

“The Day of Becoming You” 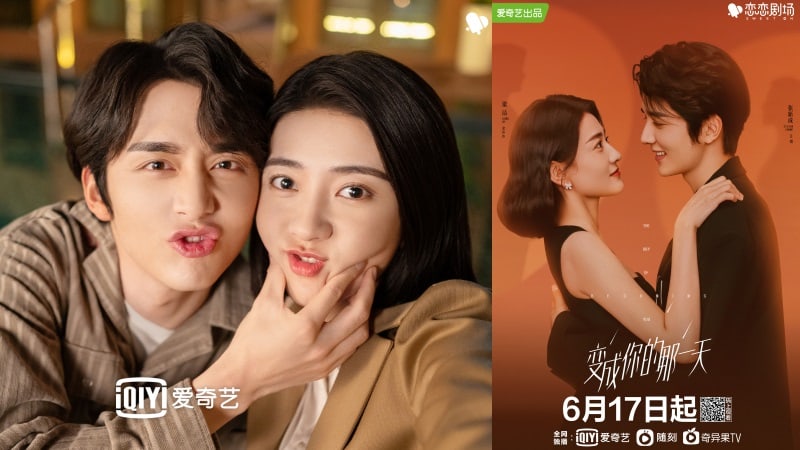 If you need a good laugh, body swap drama “The Day of Becoming You” is your best bet. Steven Zhang plays Jiang Yi, the leader of a popular boy band, while Liang Jie stars as entertainment reporter Yu Sheng Sheng. When Yu Sheng Sheng meets Jiang Yi for an interview, an accident happens and the two wake up in the body of the other. They interact more and more with each other while trying to find a way to return to their own bodies, and in the process they gradually fall in love.

Body swapping is a trope that never gets old because it’s simply hilarious when done right. Steven Zhang’s and Liang Jie’s acting is so on point that you truly believe he is her and she is him, which makes “The Day of Becoming You” an absolute must-watch, especially if you love romantic comedies. 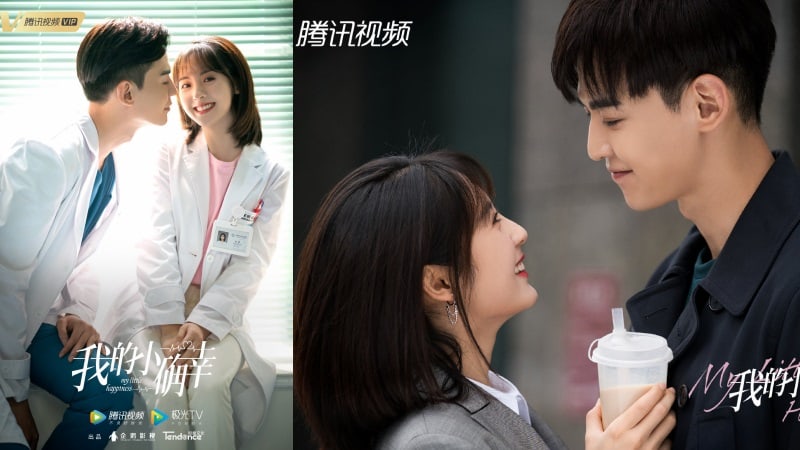 Truly deserving of its title, “My Little Happiness” is the ultimate feel-good drama. Female lead Cong Rong (Xing Fei) was sent abroad to study finance, but her dream is to become a lawyer. Unbeknownst to her mother, she returns to China and starts an internship at a law firm. While mediating between patients and doctors at a hospital, she runs into surgeon Wen Shao Qing (Tang Xiao Tian), who recognizes his lost childhood love in her. He starts to actively pursue her and Cong Rong quickly falls for the flirty doctor.

If you’re looking for a fluffy drama that will just make you smile throughout, you shouldn’t miss “My Little Happiness.” The leads have amazing chemistry together and are not shy with showing affection. And the cute second couple is also a great bonus! 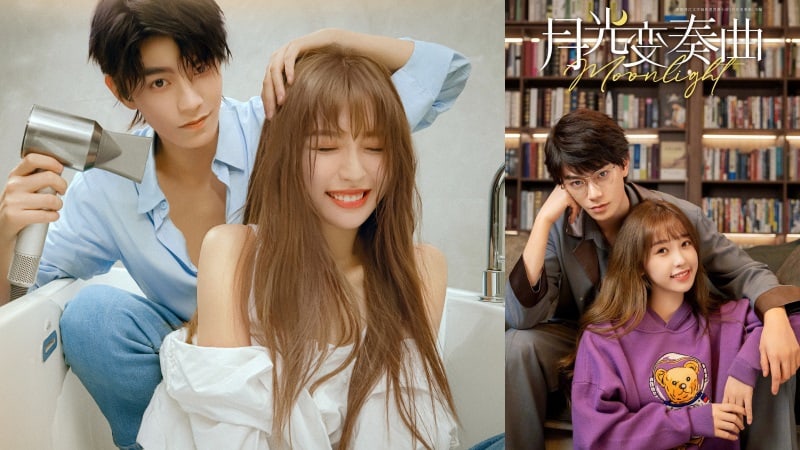 “Moonlight” is another rom-com that you don’t want to miss. Despite majoring in finance, bubbly bookworm Chu Li (Esther Yu) has always dreamed of working at Yuan Yue Publishing House. When she gets a chance to intern there as an editor, she meets prickly author Zhou Chuan (Ding Yu Xi), and the two are immediately at odds with each other. But Zhou Chuan discovers that Chu Li is actually his online friend with whom he’s been regularly chatting for three years, and starts to treat her differently while trying to maintain his cold facade at the same time.

“Moonlight” is not only a sweet love story, but it also gives you an insight into the publishing world and the hard work of editors. Despite being a cute and at times even a naive young woman, the female lead proves that she’s a truly strong character with her passion and perseverance when it comes to her work. 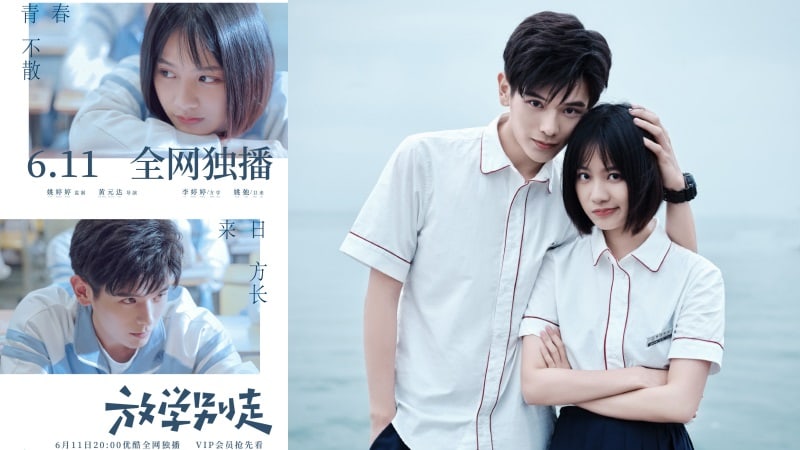 “Don’t Leave After School” stands out from the huge mass of school dramas with its unique concept: It depicts the daily lives of students who repeat a year after their last year of high school. Female lead Fang Xue (Li Ting Ting) returns to school because she did poorly in her university entrance exam while male lead Wei Lai (Yao Chi) is a good student who wants to change his study focus from liberal arts to the sciences in order to achieve his dream of becoming a paleontologist.

This slice-of-life drama perfectly depicts the prejudices and challenges the students have to face. Nonetheless, it isn’t too heavy and has plenty of fun and heartwarming moments. And all characters are so well crafted and unique that they feel like real people, which makes it very easy to become immersed. 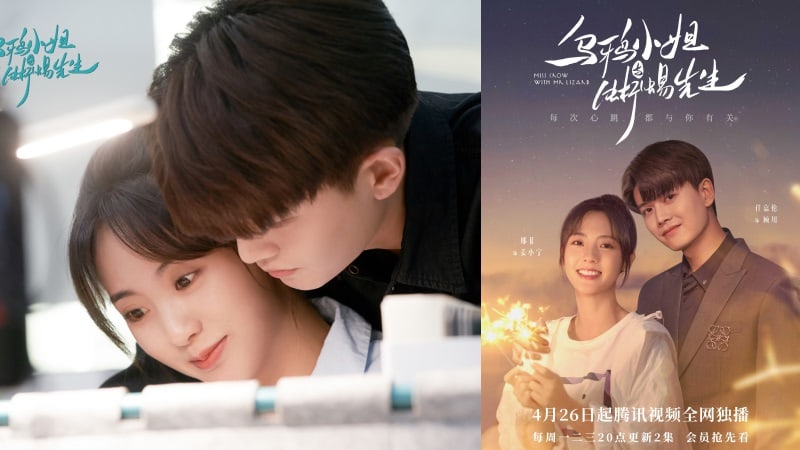 “Miss Crow with Mr. Lizard” is a rom-com with a little sci-fi twist: Architect Gu Chuan (Allen Ren) has a mechanical heart, and when its rate rises too high, he discharges electricity, which can endanger his life. But keeping calm becomes a real challenge for him when the bubbly Jiang Xiao Ning (Xing Fei) enters his life and eventually also his heart. Jiang Xiao Ning starts working as his personal assistant, and her positive energy quickly rubs off on Gu Chuan, who had become cold and secluded due to his special situation.

The characters, including both the OTP and the second couple, are easy to root for and are just super cute together. Furthermore, the drama features an outstanding OST that enhances the watching experience tenfold. 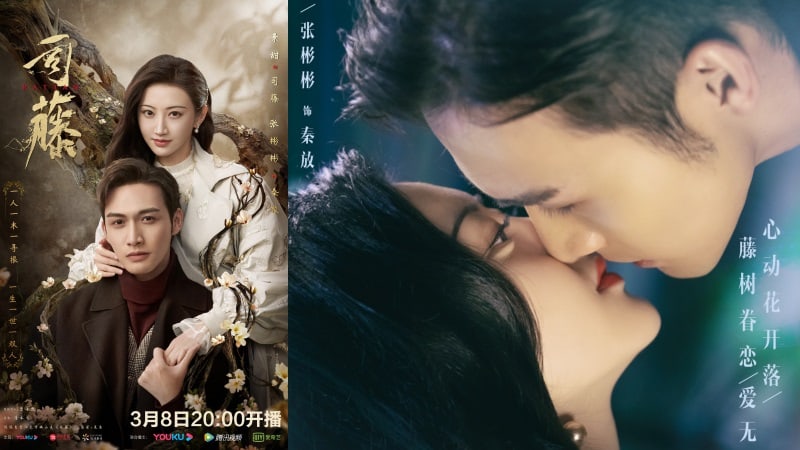 Despite being a fantasy drama, “Rattan” is set in the modern world. After getting into an accident, human Qin Fang (Zhang Bin Bin) accidentally awakens the plant-alien hybrid Si Teng (Jing Tian), who was entrapped for over 70 years. Si Teng saves Qin Fang’s life and demands of Qin Fang to become her servant. When Qin Fang realizes that he needs to remain in her proximity if he wants to stay alive, he eventually agrees to help her, and the two gradually become closer.

If you’re tired of the same old clichés that seem to be in every romance drama, then you definitely need to check out “Rattan.” The story is fun and unique, the chemistry between the leads is out of this world, and the cinematography is simply stunning. 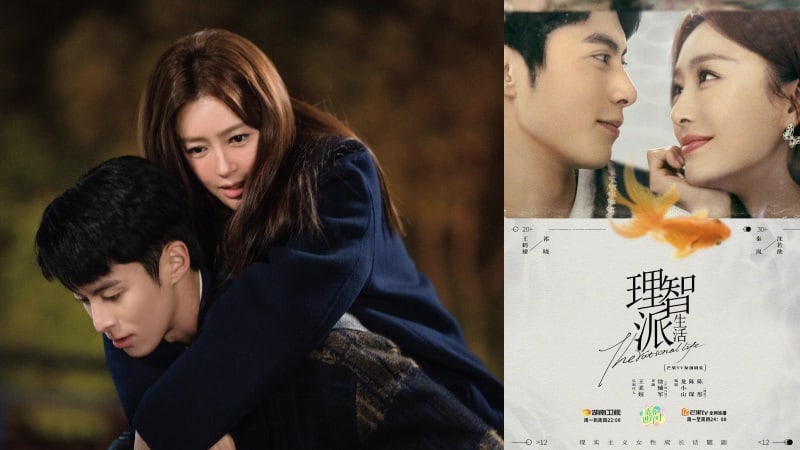 Slice-of-life drama “The Rational Life” centers on Shen Ruo Xin (Qin Lan), an independent career woman who hasn’t married yet despite already being in her thirties. The talented and diligent Shen Ruo Xin works as a legal consultant in a car company, but is faced with unfair treatment simply for being a woman. When she’s looking for an assistant, twenty-something Qi Xiao (Dylan Wang) ends up getting the job and eventually also enters her heart.

“The Rational Life” is a beautiful story about not giving in to society’s expectations and instead fighting for your own happiness. The characters are endearing and believable, plus the acting is on point! 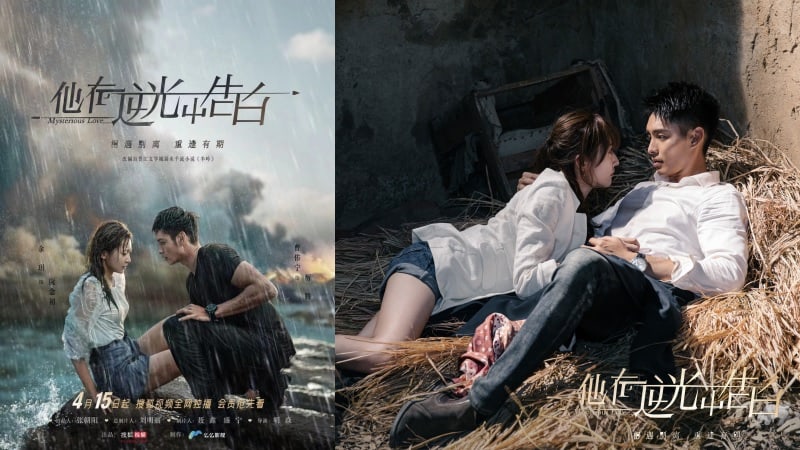 “Mysterious Love” is a suspenseful love story that revolves around theater actress Ruan Nian Chu (Yu Yue) and Li Teng (Tsao Yu Ning), the owner of a security company. When Ruan Nian Chu is kidnapped by an underground organization, Li Teng, who is on an undercover mission in that organization, saves her and the two fall in love. Fate breaks them apart, but five years later, they are brought together once again and rekindle their feelings.

The leads in this drama have sizzling chemistry, and the suspense aspect is a nice change from the usual romance stories. Furthermore, the drama also features an amazing ending theme song as a bonus.

Hey Soompiers! What are your favorite modern C-dramas of 2021 so far? Let us know in the comments below!

Alice is a night owl who just can’t get enough of Asian entertainment. When she’s not watching dramas, she’s busy spreading the love for them. She will also be back soon on Facebook and Twitter to provide you with daily C-drama updates!

Currently watching: “Remembrance of Things Past,” “Litter to Glitter,” “Crossroad Bistro,” “You Are My Spring,” “The Devil Judge,” “Nevertheless,” “Hospital Playlist 2”
All-time favorite dramas: “Ode to Joy,” “Back in Time,” “From Survivor to Healer,” “Move to Heaven,” “Children of Nobody,” “My Ahjussi”
Looking forward to: “You Are My Glory,” “Hometown Cha-Cha-Cha”