The partnership between Smart and TOMORROW x TOGETHER follows after the telecom company’s successful partnership with TXT’s labelmates, BTS – continuing Smart’s efforts to build a better tomorrow.

Additionally, the partnership announcement comes ahead of the newest offer from Smart, “BUILD YOUR OWN GIGA,” empowering its prepaid subscribers the ease and flexibility to create their own GIGA promos, creating and subscribing to offers that perfectly fit their own passion and lifestyle. 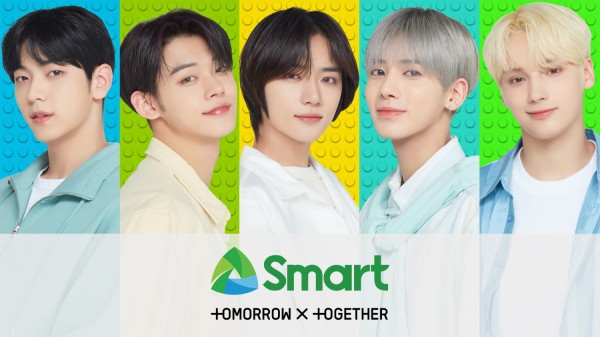 Now available on the GigaLife app, BUILD YOUR OWN GIGA allows its subscribers to simply choose aspects of their promos such as validity period, the particular data packs and open-access data allocation that suits their need, and calls and texts to complete their personalized GIGA offer.

Smart will be starting its latest campaign with TOMORROW x TOGETHER this coming August. Under their new partnership, Smart will be demonstrating how dynamic and flexible the new product offer is, as well as the power subscribers have in customizing their own offers – driven by the country’s faster mobile data network.

About TOMORROW x TOGETHER

Read “Tomorrow by Together,” the five-member boy group composed of Yeonjun, Soobin, Beomgyu, Taehyun and Huening Kai first made its debut on March 4, 2019 under HYBE Entertainment (formerly known as Big Hit Entertainment).

They first entered the K-pop music scene with the mini-album “The Dream Chapter: Star.” It debuted and immediately topped the South Korean Gaon Album Chart, as well as the Billboard World Albums Chart. It also debuted at the US Billboard 200 at the 140th spot, making it the highest-charting debut album by a male K-pop group at its time.

Their latest release, “The Chaos Chapter: Freeze,” has already reached the fifth spot on the Billboard 200, firmly establishing their position as leader in the fourth generation of K-pop.