“Hometown” is set in a small rural town in 1999 and centers around Choi Hyung In (Yoo Jae Myung), a police detective who is investigating a series of strange murders, and Jo Jung Hyun (Han Ye Ri), who is searching for her missing niece. The two of them become involved in an incident with a terrorist named Jo Kyung Ho (Um Tae Goo).

The new poster has a unique structure in which the image is flipped upside down and distorted like a reflection in water. The caption reads, “The place where everything turned upside down.” Yoo Jae Myung, Han Ye Ri, and Um Tae Goo stand in front of what appears to be an ordinary town, except that the darkness, red lights, and distortion effects give it a sinister atmosphere. It is in this small town where the serial killings and the past terrorism incident all had their beginnings. 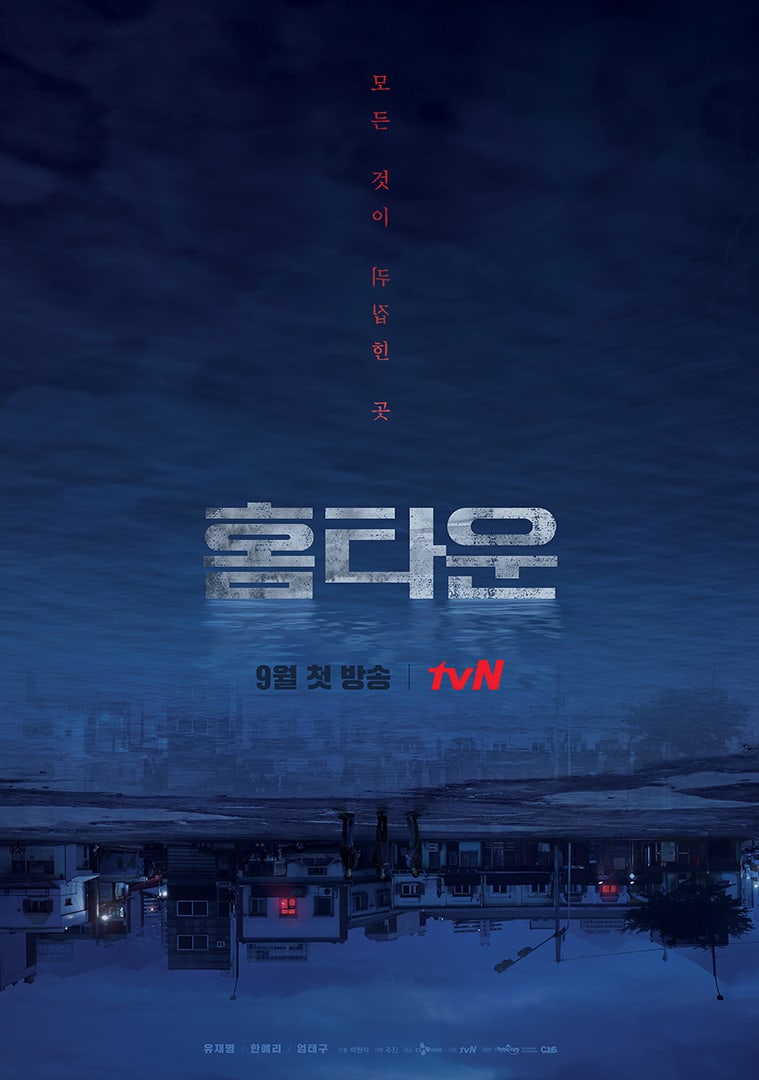 The production staff stated, “The upside-down town in the teaser poster is the symbolic representation of the story told in ‘Hometown.’ The current serial murders, and the past terrorism incident, and the truths that were buried as people forgot them will converge together in a thrilling storyline. Please look forward to it.”

“Hometown,” which is directed by Park Hyun Suk (“Forest of Secrets 2”), is set to premiere in September.

… and Han Ye Ri in “My Unfamiliar Family” here!