On the July 31 episode of SBS’s “LOUD,” the remaining 22 contestants were drafted into either Park Jin Young’s JYP Entertainment or PSY’s P Nation.

In the show’s draft method, advance fan votes would divide the contestants into three groups ahead of the casting. If a contestant received casting offers from both agencies, then he could choose between the two himself.

Lee Seung Gi made a special appearance this episode as a “super agent” to help the contestants with the draft. He said, “It’s often said that one shouldn’t sign contracts recklessly. You have be careful with contracts. Since this is the first time that they’re signing a contract, it’s hard for them to talk about everything they want. I’m going to consult with them and negotiate with the producers and help them with the casting process.”

Lee Seung Gi had a heart-to-heart talk with the trainees, although the conversation got off to a funny start when Lee Seung Gi was taken aback by Woo Kyung Jun’s failure to recognize him. (Woo Kyung Jun grew up in Australia.) “You really don’t know me?” he asked. “Of course, you don’t need to know me… but I need to work harder.”

In response to Lee Dong Hyeon’s concern that he didn’t have the talent to back up his energy on stage, Lee Seung Gi said, “When I first became a singer, PSY scolded me a lot. He told me again and again that I had no emotions and no energy. I really wanted to hear that I had good energy on stage. You can cultivate your talent, but having a flair for performance is something you’re born with. I think that you’re a genius in that regard. If producers like Park Jin Young and PSY acknowledge you, then there’s nothing to be depressed about. You can keep working on your talent slowly bit by bit.” 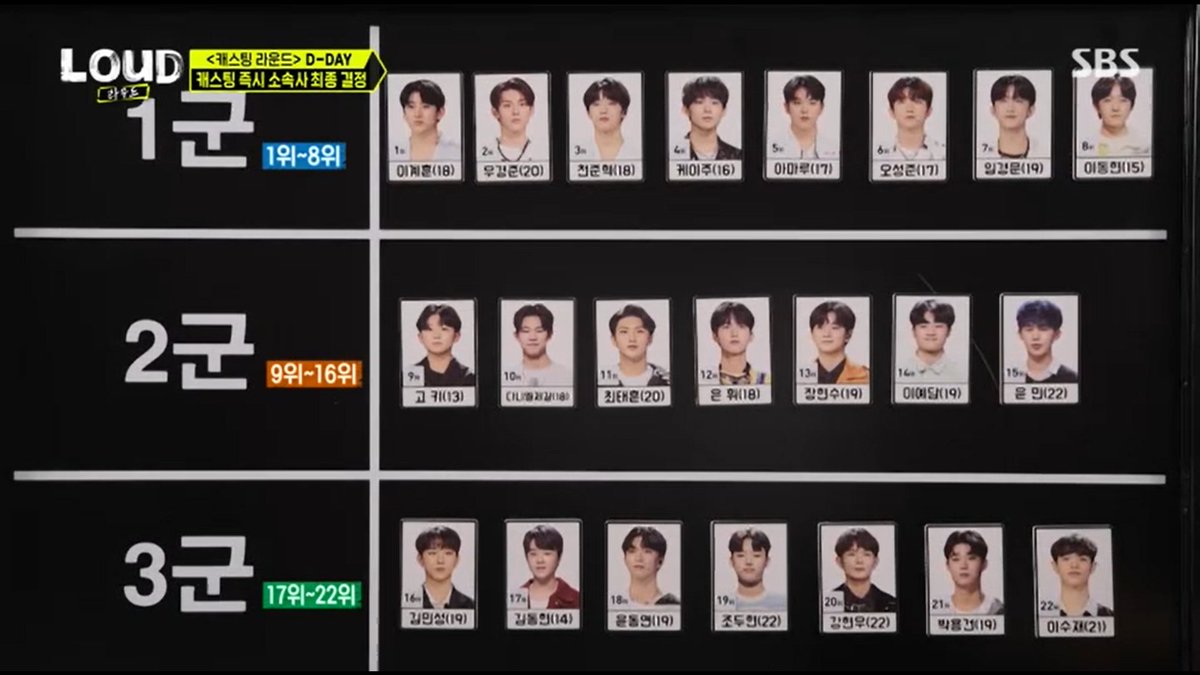 Contestants from each group (Cheon Jun Hyeok and Lim Kyeong Mun from Group 1, Tanaka Koki, Daniel Jikal, and Eun Hwi from Group 2, and Kim Dong Hyun and Lee Su Jae from Group 3) then took the stage to show off their various talents and hopefully get cast. Park Jin Young and PSY each have 10 “cards” to cast contestants.

The casting for this episode was as follows: