The actors of tvN’s “Voice 4” have shared some comments ahead of the drama’s finale!

Song Seung Heon, who gave it his all while acting as detective Derek Jo, shared, “I’m filled with emotion thinking about ‘Voice 4’ coming to an end after everyone worked hard to film it since the cold winter until the scorching summer.” He added, “I used a lot of physical energy, and I’m thankful to director Shin Yong Hwi, writer Ma Jin Won, and the staff for being considerate of me so that I could film in good health until the end. I also want to thank the Golden Time Team and other actors for always creating a fun atmosphere on set. Instead of feeling like a transfer student, I’ve grown fond of them like they are friends I went to school with for a long time, so I’m sad to say goodbye.”

Lee Ha Na, who has starred in all four seasons of “Voice” as Kang Kwon Joo, commented, “Though there were about two gaps between seasons in the past, the wait before ‘Voice 4’ felt especially long. It seemed like there were more and more fans who found and loved ‘Voice’ as the seasons progressed. Thank you to all of the fans who quietly waited for ‘Voice 4’ and watched until the end. I was happy to have lived as Kang Kwon Joo in this season as well.” 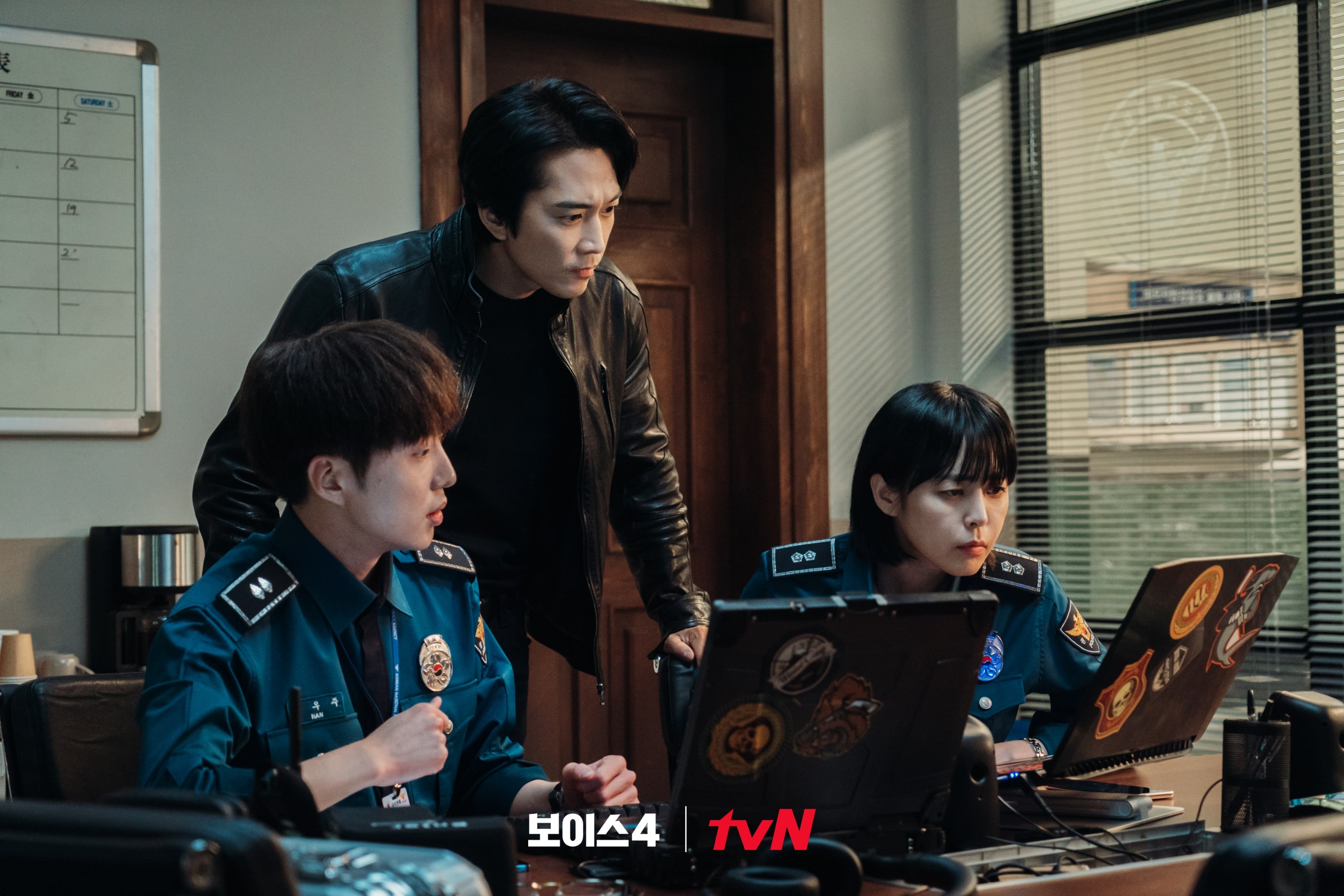 Lee Kyu Hyung played the serial killer Dong Bang Min with four personalities. On taking on the difficult role, the actor shared, “I worried if I would be able to pull it off well, but it stimulated my desire as an actor and was a project I wanted to challenge myself to.” He further commented, “I thank writer Ma Jin Won and director Shin Yong Hwi for creating the character Dong Bang Min and guiding me, and I also thank the viewers who watched over me with love even though I was a villain.” 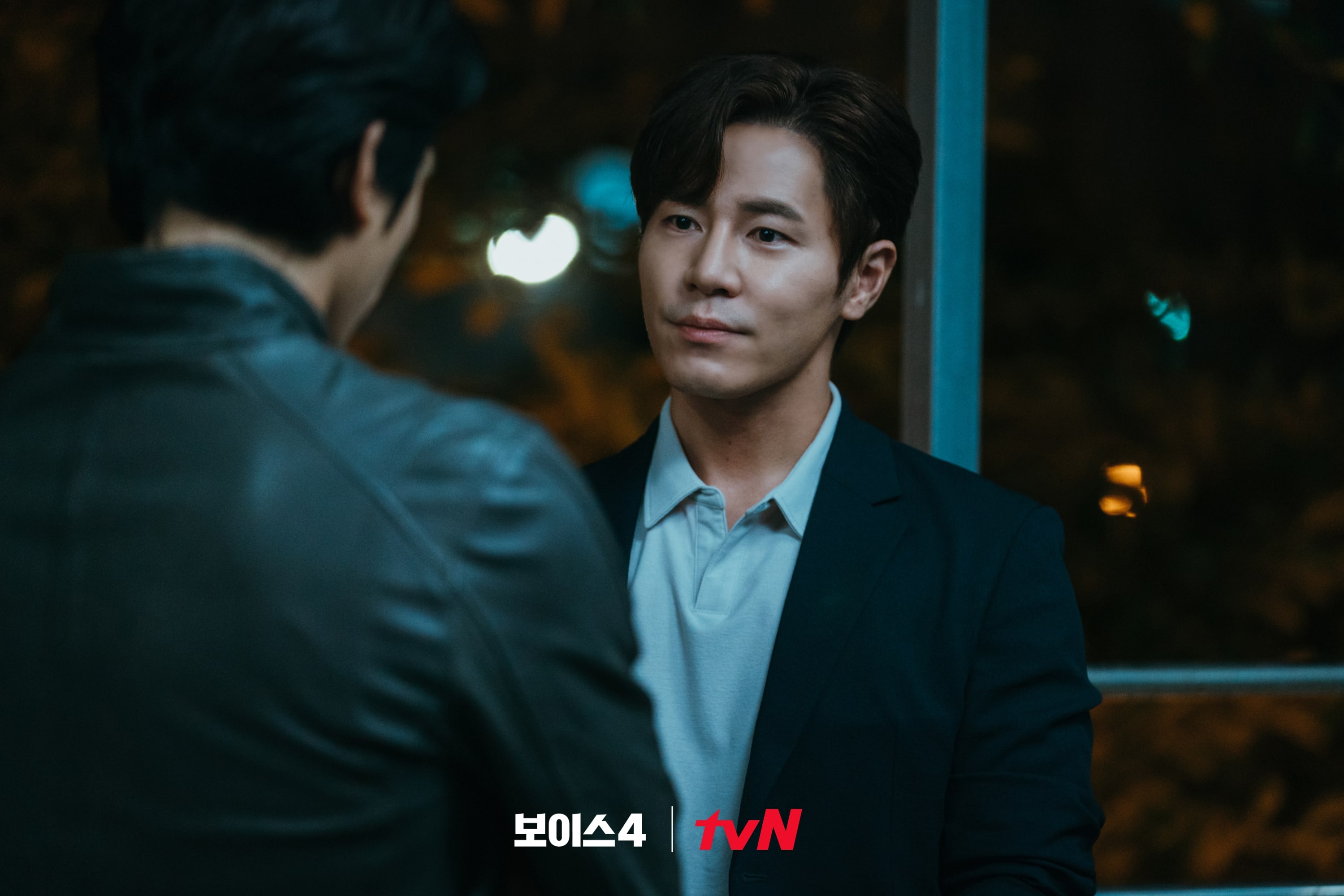 Playing Park Eun Soo, who went from the call team’s leader to a crime scene detective, Son Eun Seo stated, “The source of motivation that allowed me to make it until season 4 was the love shown by the viewers. In this season, Eun Soo was able to grow while being dispatched to the scene and taking on new tasks. Thank you so much to the viewers who joined us for ‘Voice 4,’ and I want to tell all of the actors and staff on set that they did a great job.” 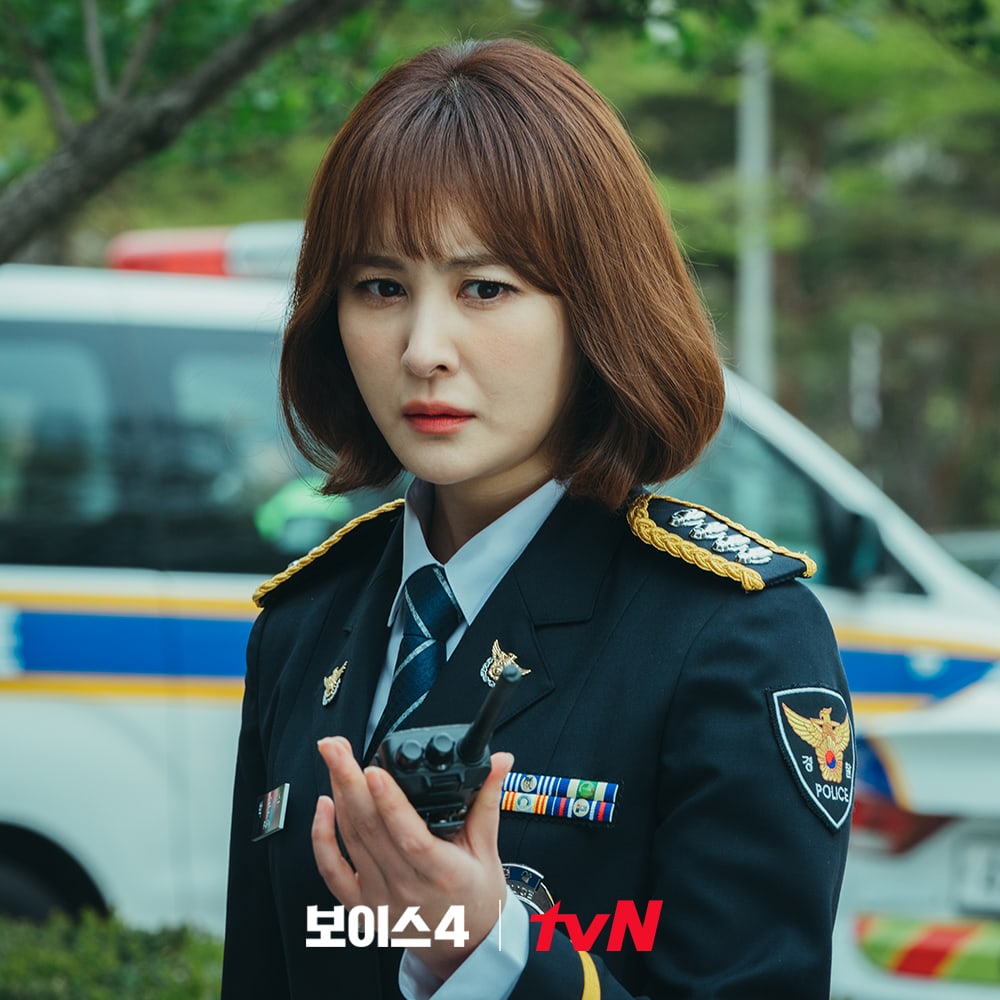 Baek Sung Hyun played Shim Dae Shik who returned to the Bimo Island Golden Time Team and chased Dong Bang Min until the very end. He said, “‘Voice 4’ especially feels like it ended very quickly, and I think it’s because director Shin Yong Hwi, the staff, and the actors filmed while communicating pleasantly throughout the filming process.” Baek Sung Hyun continued, “I returned to ‘Voice’ again through season 4, and I thank the ‘Voice’ fans who waited for Dae Shik. I also want to sincerely thank writer Ma Jin Won who allowed me to return. Playing Shim Dae Shik, a character from season 1 who isn’t a new character but has still changed in a new way, was a very fun experience.” 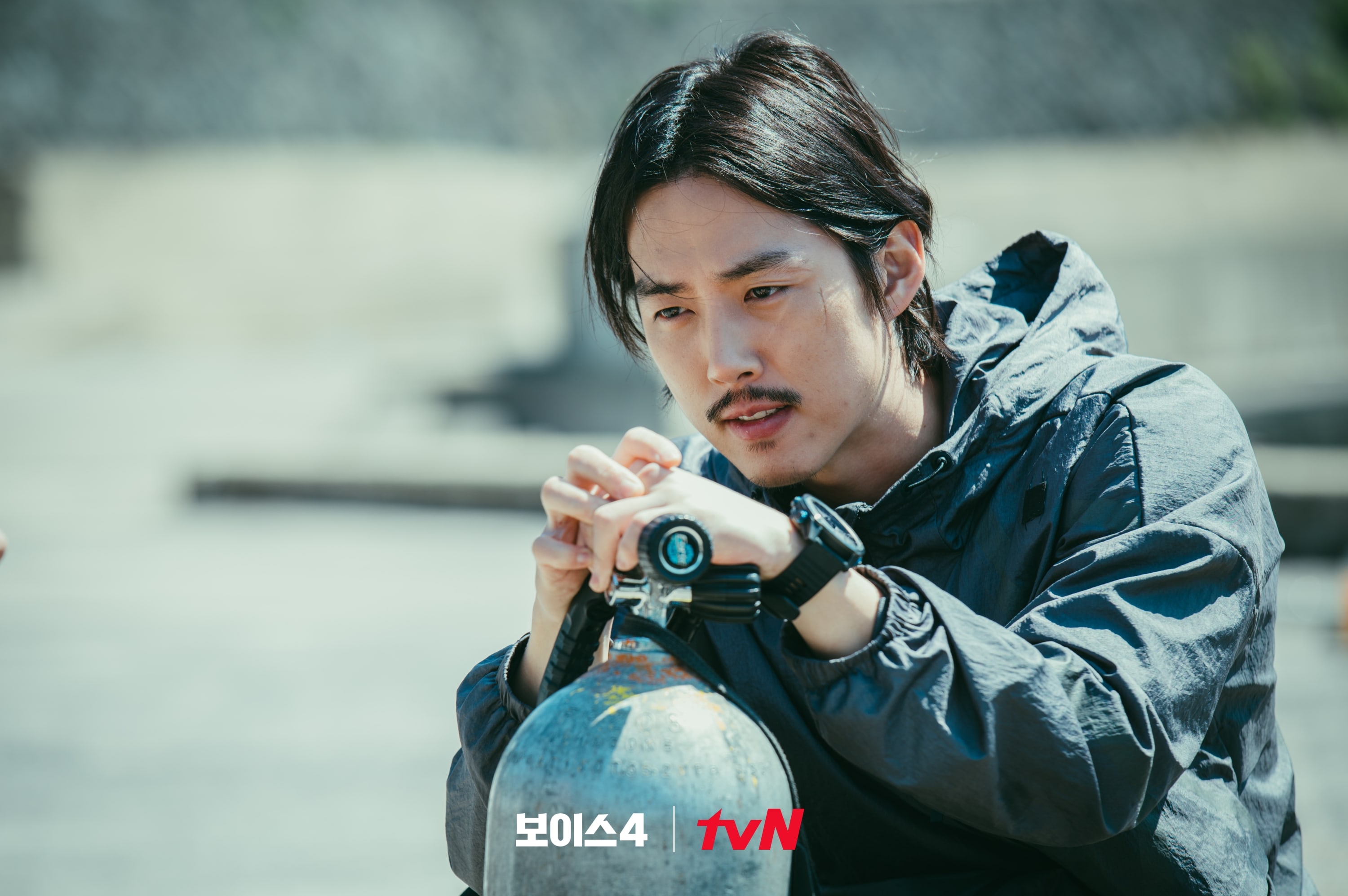 Playing the veteran detective and team leader Park Joong Ki, Kim Joong Ki expressed, “‘Voice’ is a project that makes me look forward to the next parts. Golden Time Team, you did great this season as well. Don’t get hurt, and let’s meet again in good health. You worked hard.”

In the role of detective Goo Kwang Soo was Song Boo Gun, who commented, “Season 4 contained many episodes that made me realize the value of family. As a parent, I was able to learn a lot about how I should raise my children and how I should treat them. That’s why ‘Voice 4’ is a drama that made me think about how valuable family is and how I should live as the head of a household.” 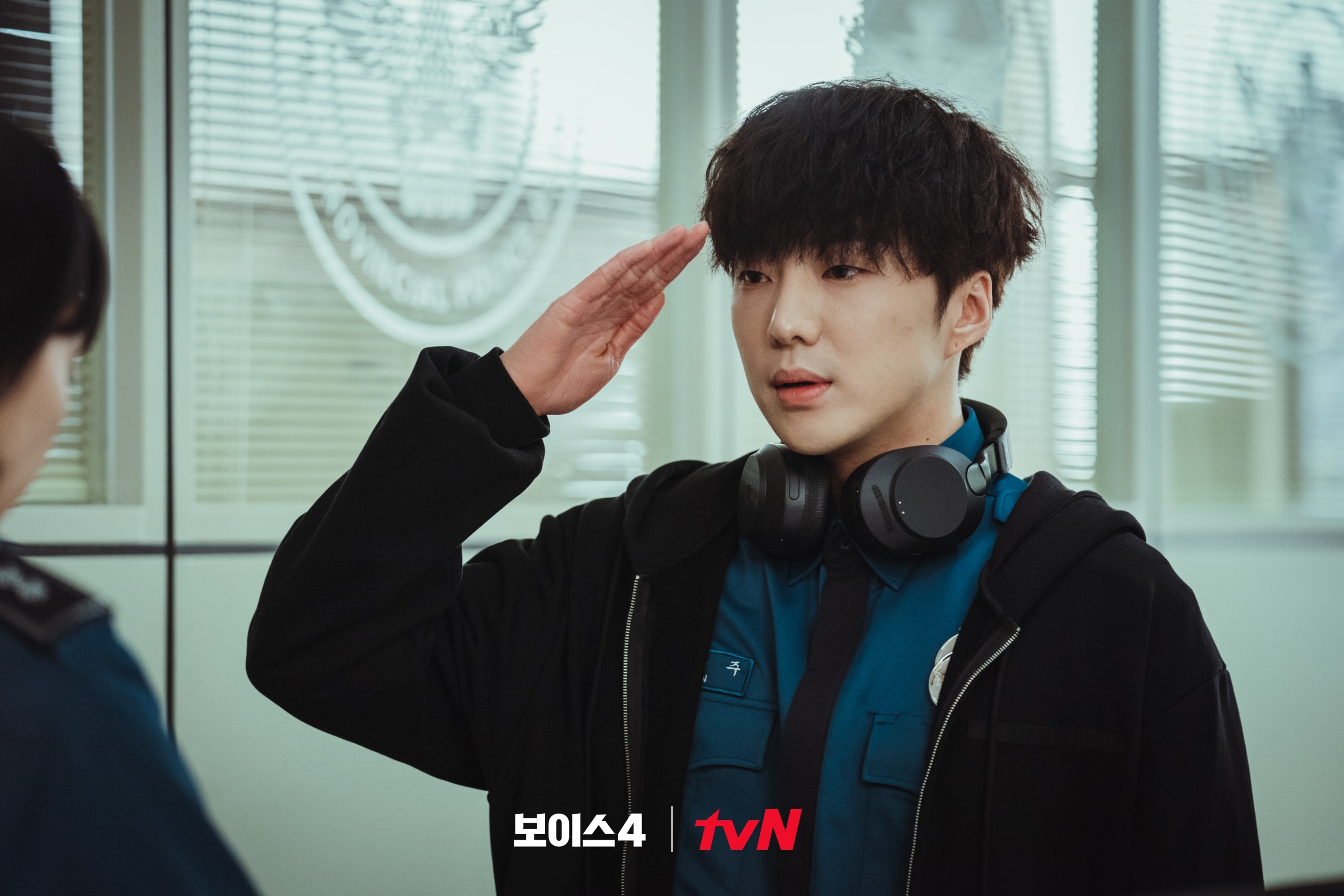 WINNER’s Kang Seung Yoon played the cyber spy Han Woo Joo who uncovered important clues for the circus man murder case with his hacking skills. He shared, “It was an honor to play a role in a big series like ‘Voice,’ and I think I filmed the drama while receiving lots of love. I also think it would be great if I could film again with the people I met through ‘Voice 4.’”

Watch the drama below with English subtitles: