MBC’s “Check Out the Event” has shared a new glimpse of its upcoming third episode!

“Check Out the Event” is a romance drama starring Girl’s Day’s Minah and Kwon Hwa Woon as two ex-lovers who win a couples trip in a lottery that they entered before breaking up. Hoping to recapture his heart and change his mind about their breakup, Ha Song Yi (Minah) persuades her ex-boyfriend Park Do Kyum (Kwon Hwa Woon) to go on the trip with her to Jeju Island.

Previously on “Check out the Event,” Ha Song Yi tried to win Park Do Kyum back after struggling to accept the fact that he had broken up with her. However, she unexpectedly found herself in the middle of a love triangle when their tour guide Seo Ji Kang (played by An Woo Yeon) began to boldly express his interest in her.

Ha Song Yi also noticed that Park Do Kyum seemed to have had some sort of reason why he’d had no choice but to break up with her. But when she confronted him and asked him to be honest with her about the real reason for their breakup, he broke her heart once again by simply replying, “I hope you meet a good person.”

In newly released stills from the drama’s next episode, however, Ha Song Yi and Park Do Kyum seem to have reconciled after their emotional conversation. Although he pretends to be aloof, Park Do Kyum is unable to hide that he still cares about Ha Song Yi, and the photos capture him bringing her banana milk in bed while acting nonchalant about it.

For her part, Ha Song Yi can’t stop herself from gazing adoringly up at her ex-boyfriend as she sips her milk with a satisfied expression. 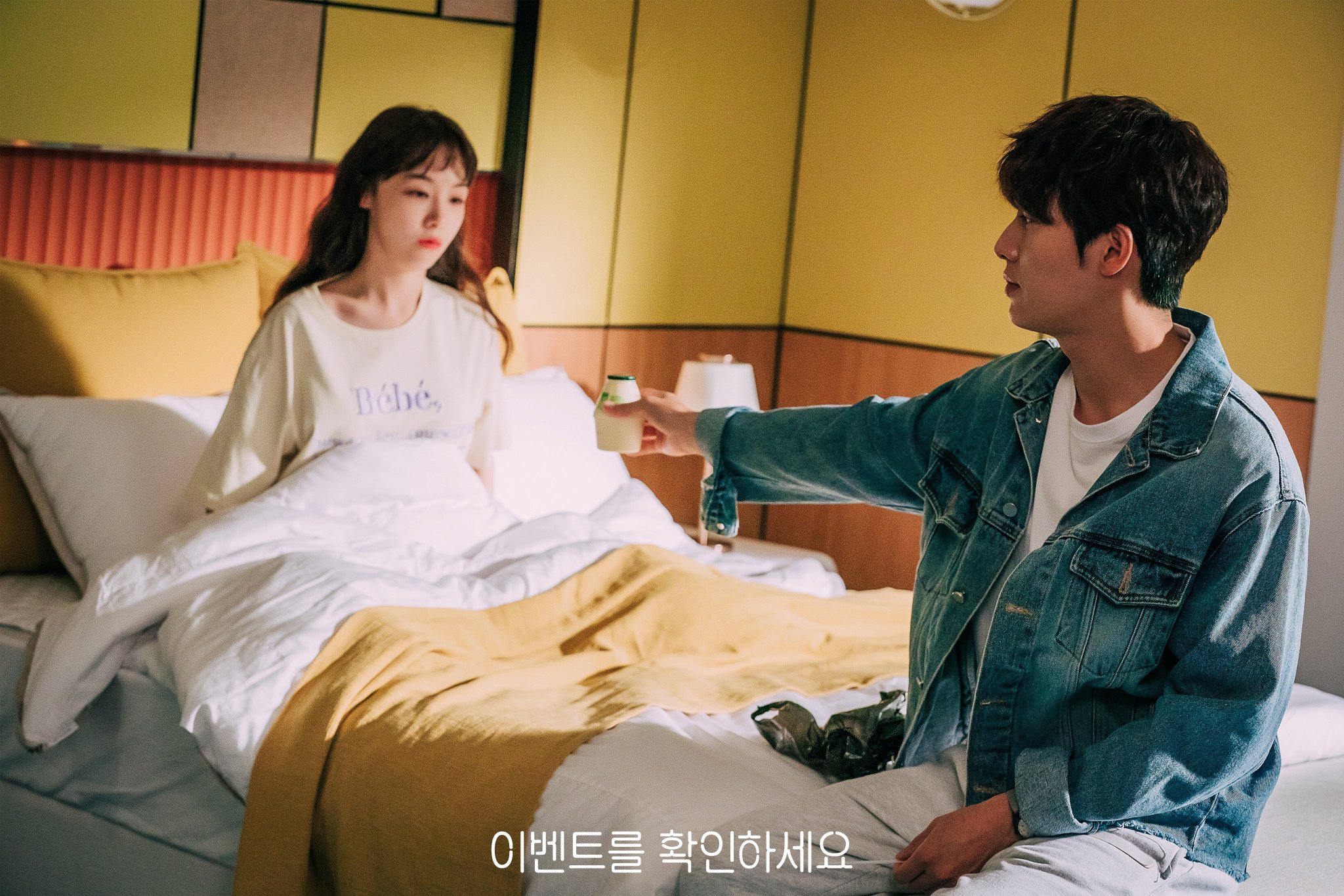 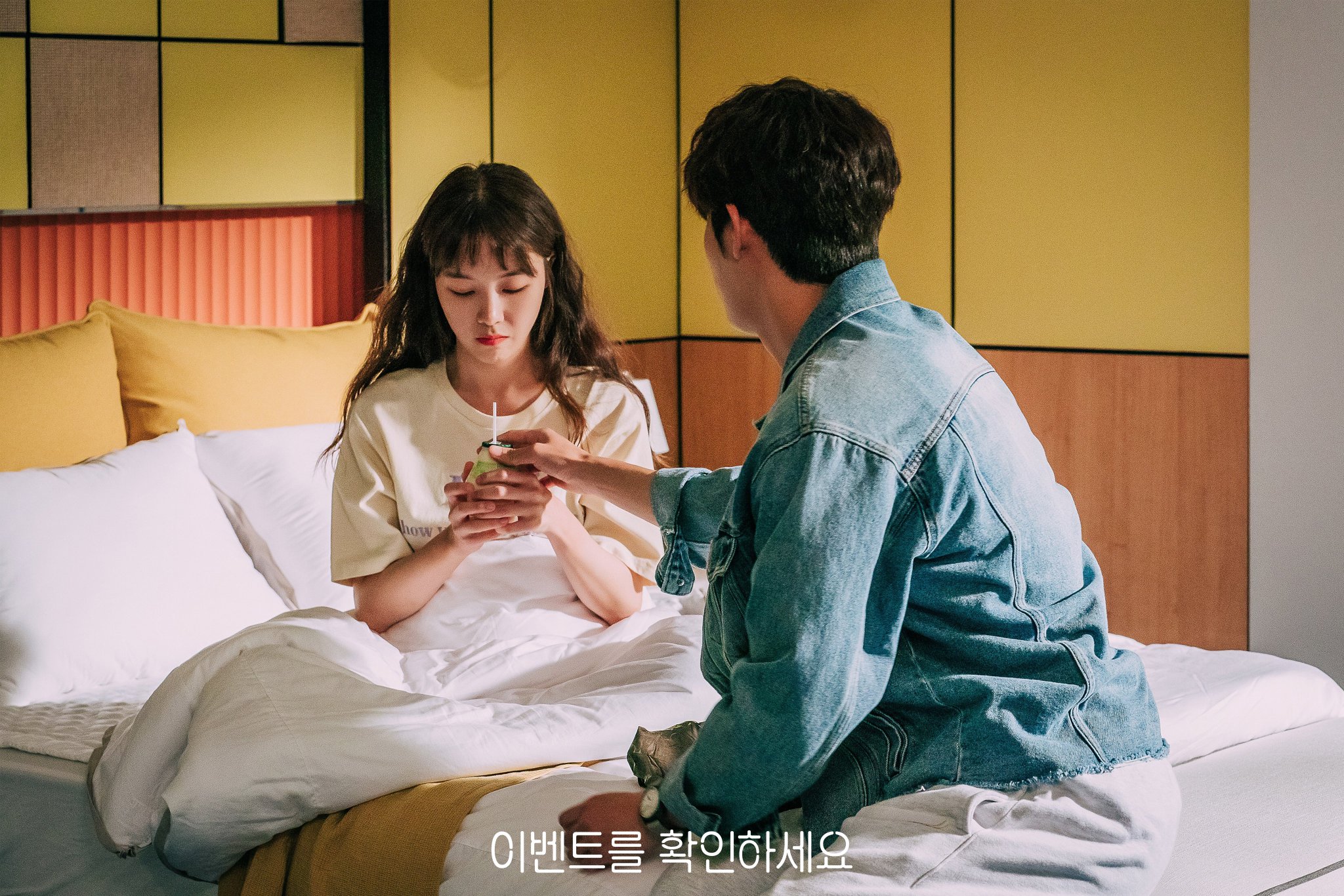 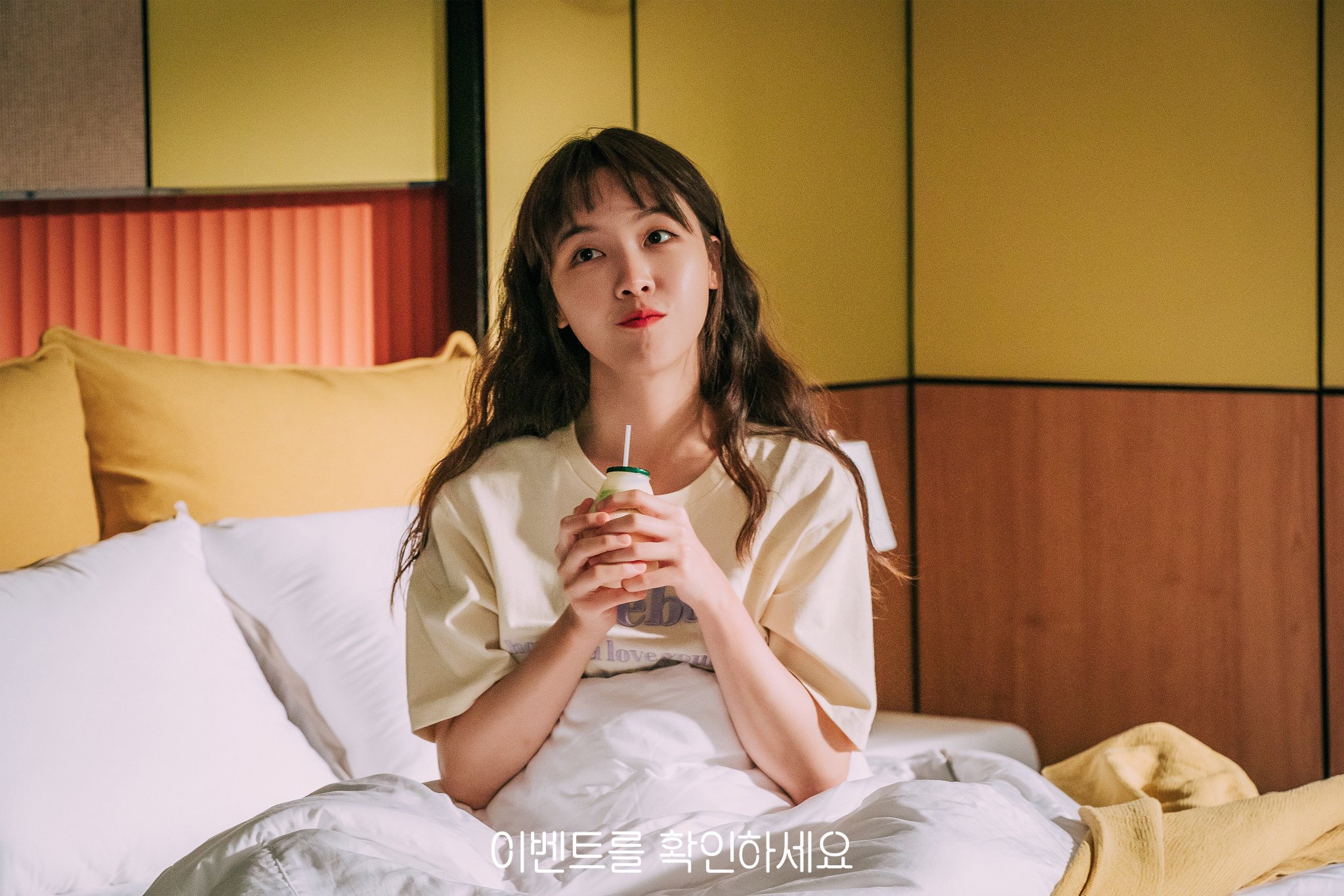 The drama’s producers teased, “In the second half of ‘Check Out the Event,’ which begins with its third episode, the couples’ hidden secrets will begin to be revealed one by one. Their stories will exceed the limits of your imagination, and they will keep viewers glued to the screen.”

They added, “Please also look forward to finding out what kinds of unexpected incidents and twists these couples will wind up facing.”

In the meantime, catch up on the first two episodes of the drama with subtitles below!