Jung Joon Ha shared a heartwarming story about Super Junior’s Kim Heechul on “Ask Us Anything”!

The comedian appeared as a guest on the latest episode of the JTBC variety show, where he revealed that he had recently been moved by a thoughtful gesture on Heechul’s part.

“My heart still races when I think about it now,” said Jung Joon Ha. “I was so touched by [what Heechul did]. I even sent him a text message saying, ‘I’m going to be grateful to you for the rest of my life.’”

As the owner of a restaurant, Jung Joon Ha explained, “This is the case for all small-business owners right now, but ever since last year, things have been really tough because of COVID-19. Things were really tough for my restaurant too, and we even closed our doors for an entire month.” 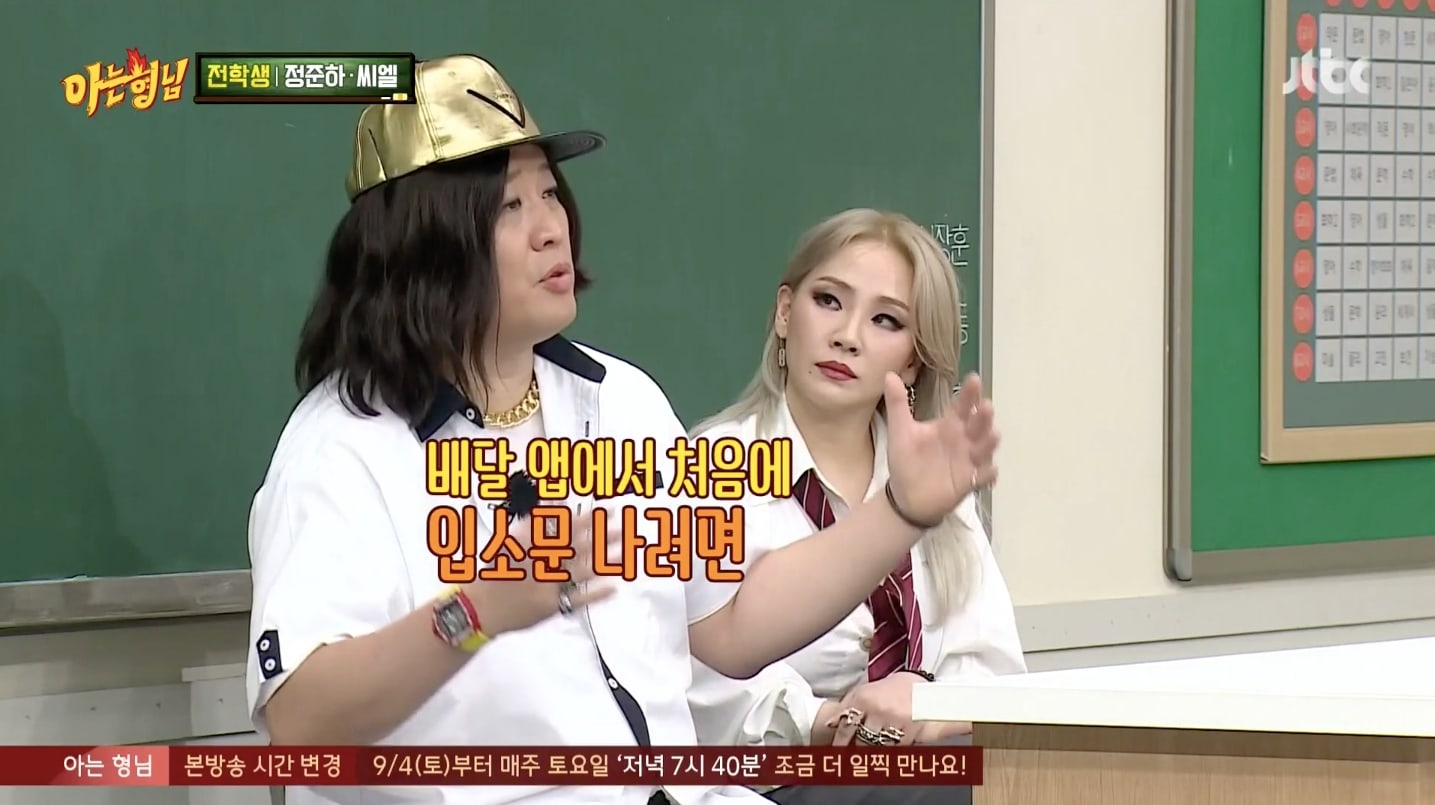 “We tried to find a solution,” he continued, “and so we ended up joining a delivery app. But in order to gain traction on the delivery app through word-of-mouth, we need lots of people to try our food and post reviews. That really helps small-business owners a lot.”

“One day, I noticed that Heechul had posted a review on the delivery app saying that he had really enjoyed the food, and he even posted a photo of himself,” shared Jung Joon Ha. “It was so touching. Honestly, no one posts photos of themselves on an app like that. And it wasn’t just once. He’s done it three times already.”

As Heechul became shy at all the praise, Jung Joon Ha went on, “After that, lots of people started posting reviews saying, ‘I ordered from here because of Heechul, and it was so delicious. As expected from Kim Heechul. This was a huge help.’”

Heechul later explained, “This is kind of embarrassing to say, but since business owners are going through such a tough time right now, I thought that if I post a review and that leads to even just one more person ordering from that business, it’d be a positive thing. So it’s not just for Joon Ha’s restaurant—when I order from a restaurant [that has good food], even if it’s run by someone I don’t know, I’ll take a photo and post a review with five stars.”

Jung Joon Ha added, “It was really touching. [His reviews] helped us so much.” 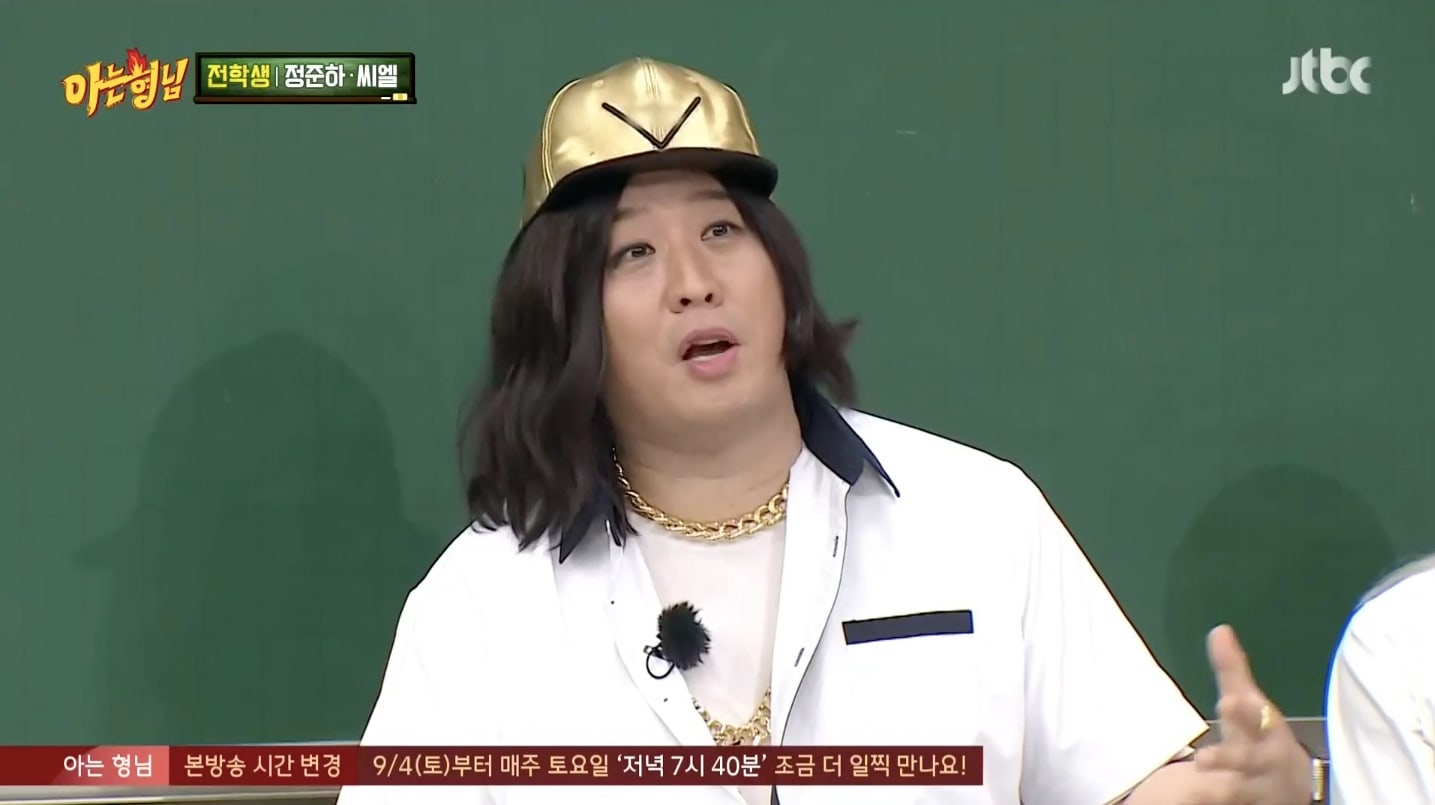 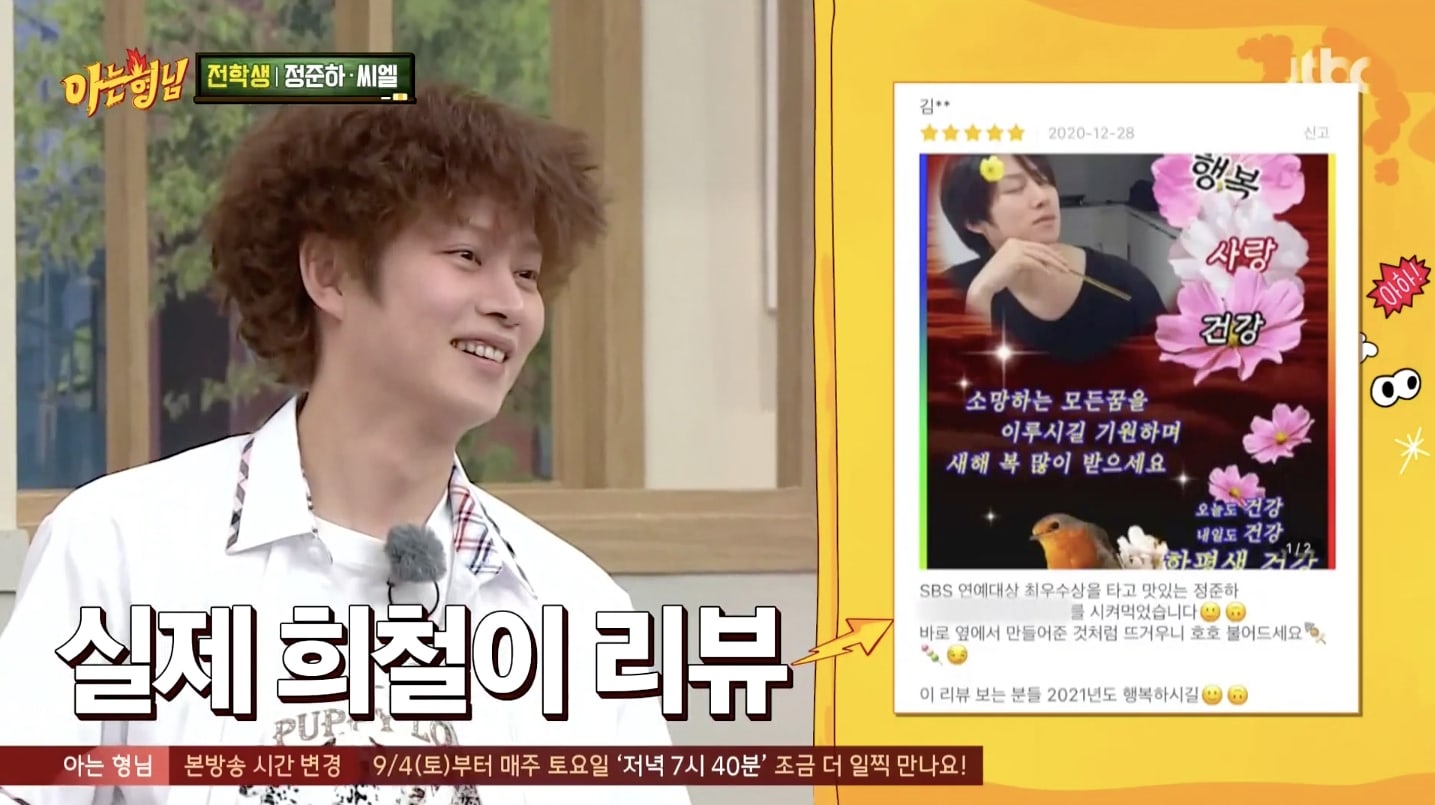 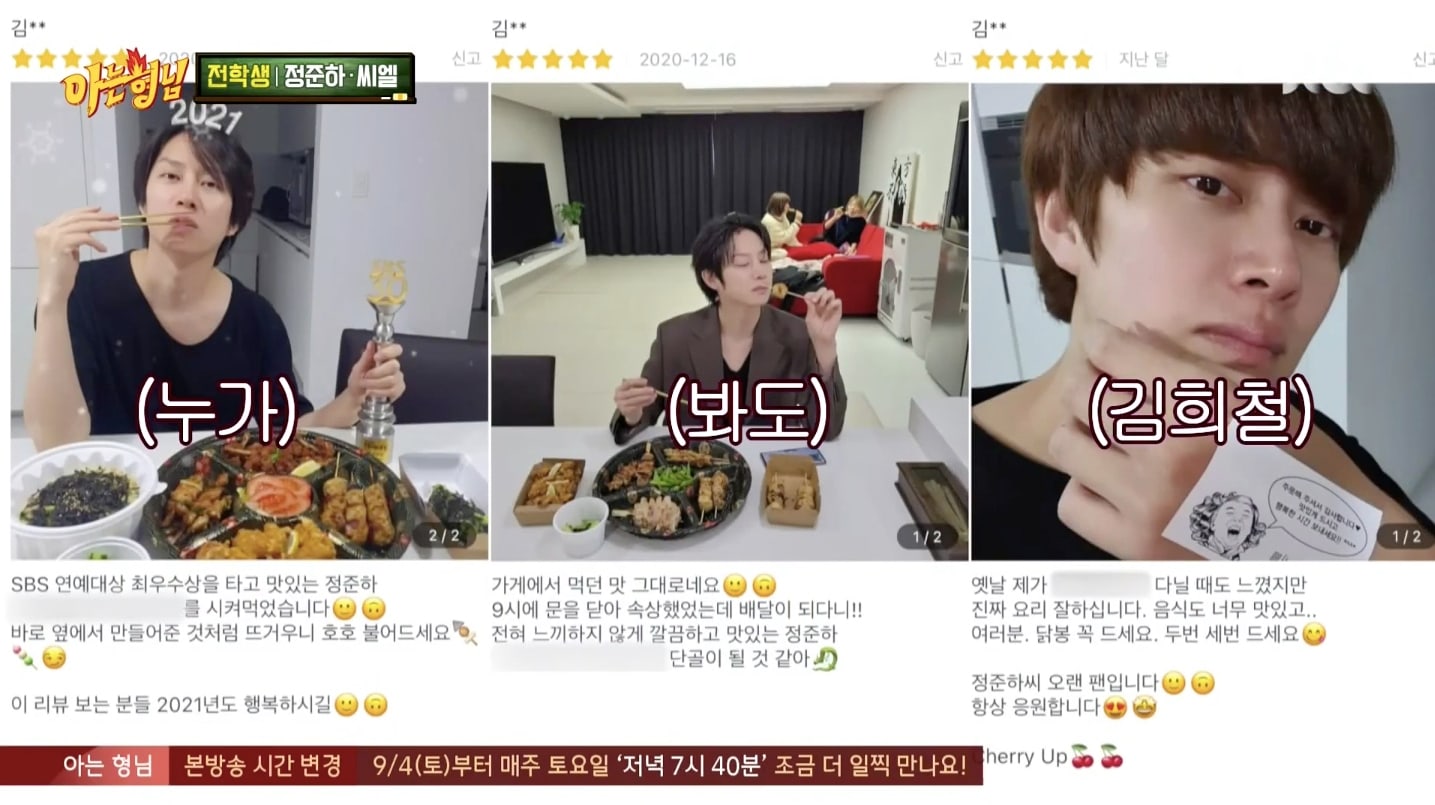 Watch full episodes of “Ask Us Anything” with English subtitles below!