On the August 29 episode of SBS’s “My Little Old Boy,” Girls’ Generation’s Yuri appeared as a special MC.

Upon her appearance in the studio, the celebrity mothers complimented her on her performance in the MBN drama “Bossam – Steal the Fate,” a historical drama in which she starred as a widowed princess.

During the episode, Yuri talked about her childhood nickname of “mirror princess.” She explained, “I have an explanation for this. It’s not that I was obsessed with looking at myself in the mirror. My parents were always tying my hair in double braids and I wanted to check that my hair was balanced.” 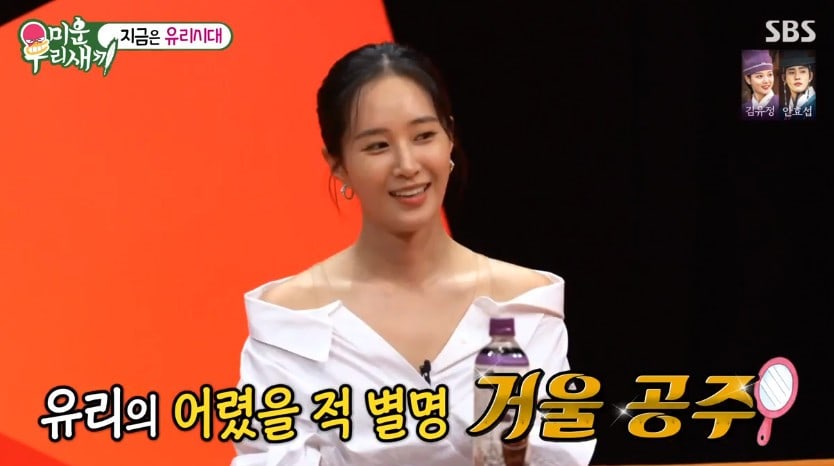 After revealing a photo of herself in middle school, she talked about being very popular with boys at school. “I was preparing to move and sorting through my stuff when I found a box full of old love letters,” she said. “Some of them were addressed to my mom as ‘mother-in-law’ and said that they wanted to be her future son-in-law.” Asked if she had had any boys come to her house, she said, “I think my mom enjoyed it. If they came to my house, she’d feed them and make them hamburgers.” 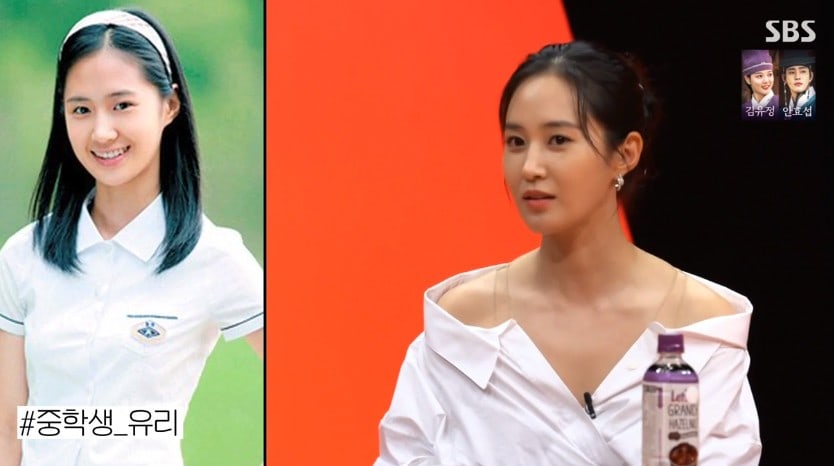 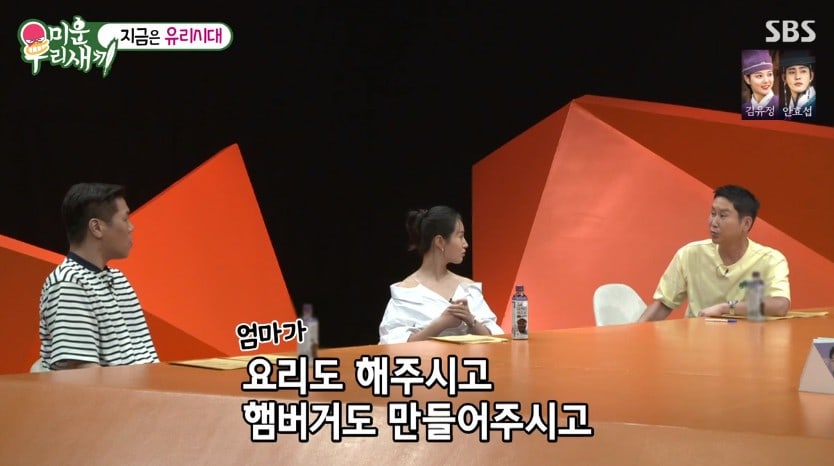 Seo Jang Hoon asked Yuri about her two homes, and she explained, “It wasn’t my intention, but my parents’ house is near our dorm. I still live in a dorm with one of the members. Everyone else is living on their own, so it’s just Hyoyeon and me in the dorm. Hyoyeon’s house is in Incheon. When we all separated to live on our own, I also went back to my parents house.”

She continued, “But when I’m working and come home at dawn, my lifestyle pattern doesn’t match up with my family’s. We have pet dogs, but if I come home at dawn, the dogs will welcome me with barking and wake up my parents. They get up and try to get me to eat fruit and I feel really sorry for disturbing them.”

Seo Jang Hoon joked, “But it’s okay to wake up Hyoyeon in the dorm?” and Yuri replied, “Hyoyeon is actually still awake until then.” 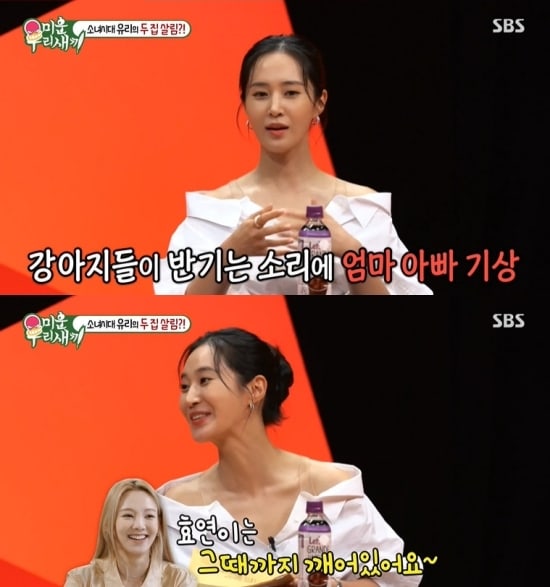 Watch “My Little Old Boy” below!

Check out Yuri in “Bossam – Steal the Fate” below!