A remake of the film “Mr. Hong,” “Hometown Cha-Cha-Cha” stars Shin Min Ah as Yoon Hye Jin, a dentist who moves from Seoul to the seaside village of Gongjin, and Kim Seon Ho as Hong Doo Shik, an odd-job expert who helps everyone around town.

In the previous episode, Yoon Hye Jin slowly but surely began to open up to the other residents of the seaside village. She displayed her sincerity by seeking out the elderly Gam Ri (Kim Young Ok) to persuade her to get dental treatment, and also found herself taking care of a hedgehog, unable to turn down the requests of the village children.

Her relationship with Hong Doo Shik has also been progressing, to the excitement of viewers. When Yoon Hye Jin’s house underwent a power outage, Hong Doo Shik came to her house so she wouldn’t be left alone in the dark. Additionally, when melted ice cream fell onto Yoon Hye Jin’s hand, Hong Doo Shik nonchalantly handed her a tissue, the brush of their hands causing her to grow tense. The ever-increasing romantic atmosphere between the pair has viewers eagerly anticipating the next step in their relationship.

The new stills appear to fulfill the desires of the viewers as they reveal a heart-fluttering moment between Yoon Hye Jin and Hong Doo Shik, who stand facing each other next to the water’s edge. Previously, the pair would do nothing but bicker back and forth. However, the new stills prove that their relationship is steadily growing and changing. In the final still, Hong Doo Shik carries a collapsed Yoon Hye Jin on his back, walking silently through the darkness of the village. 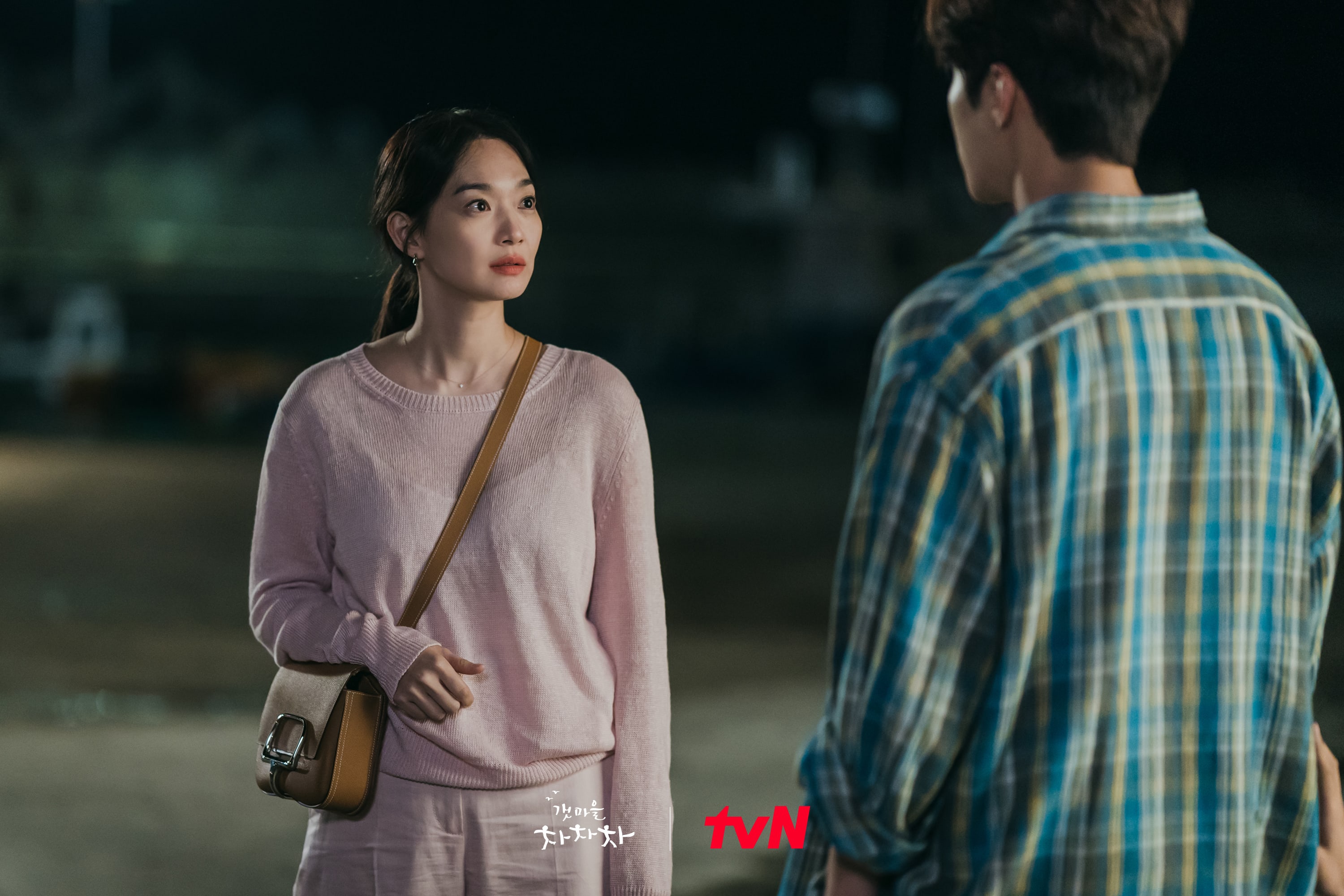 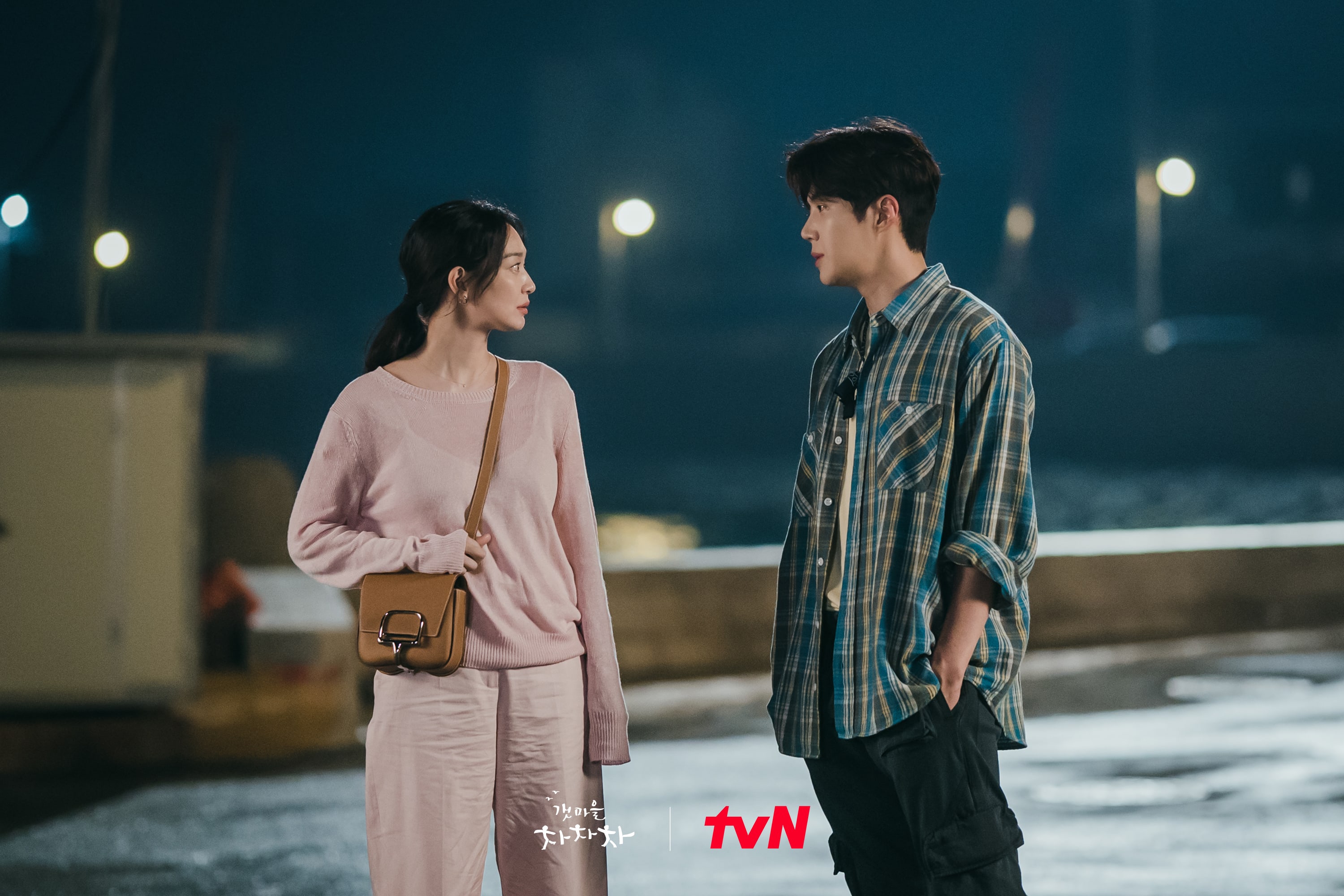 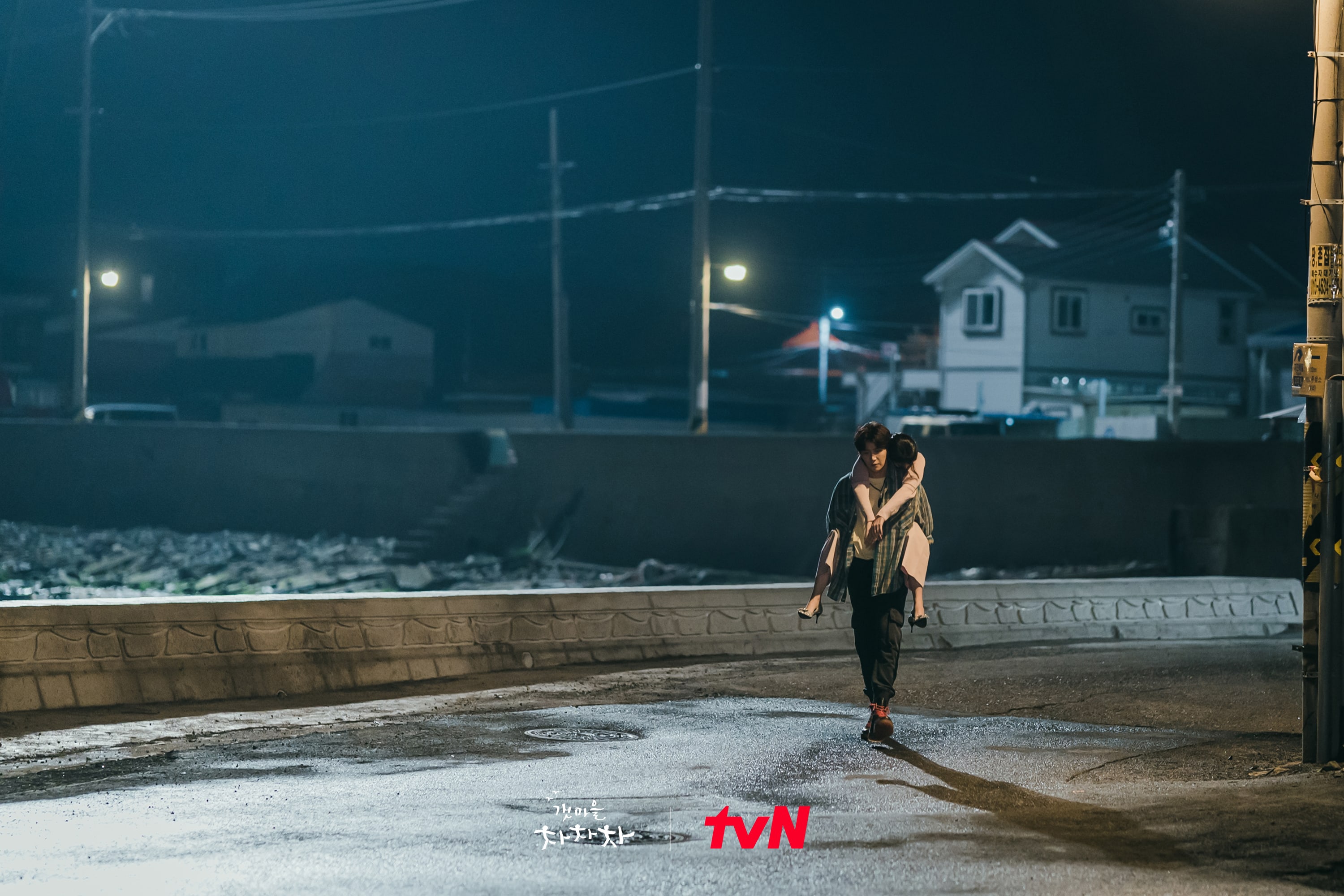 To find out what events led to such a romantic gesture, tune in to the next episode of “Hometown Cha-Cha-Cha,” airing on September 5 at 9 p.m. KST.

In the meantime, watch Kim Seon Ho in “2 Days & 1 Night” with subtitles below: