On the September 5 episode of SBS’s “Running Man,” the show kicked off as usual with the cast talking about what they had done over the past week.

Yoo Jae Suk started off by saying, “Ji Suk Jin was involved in a bit of a controversy,” referring to an interview where Ji Suk Jin had said that he didn’t plan to stay in TV for long, sparking reports about his potential retirement from the entertainment industry. The actual interview content had been more about his desire to keep trying new things, such as YouTube and other areas, but Yoo Jae Suk teased, “It sounds like this is about money.” 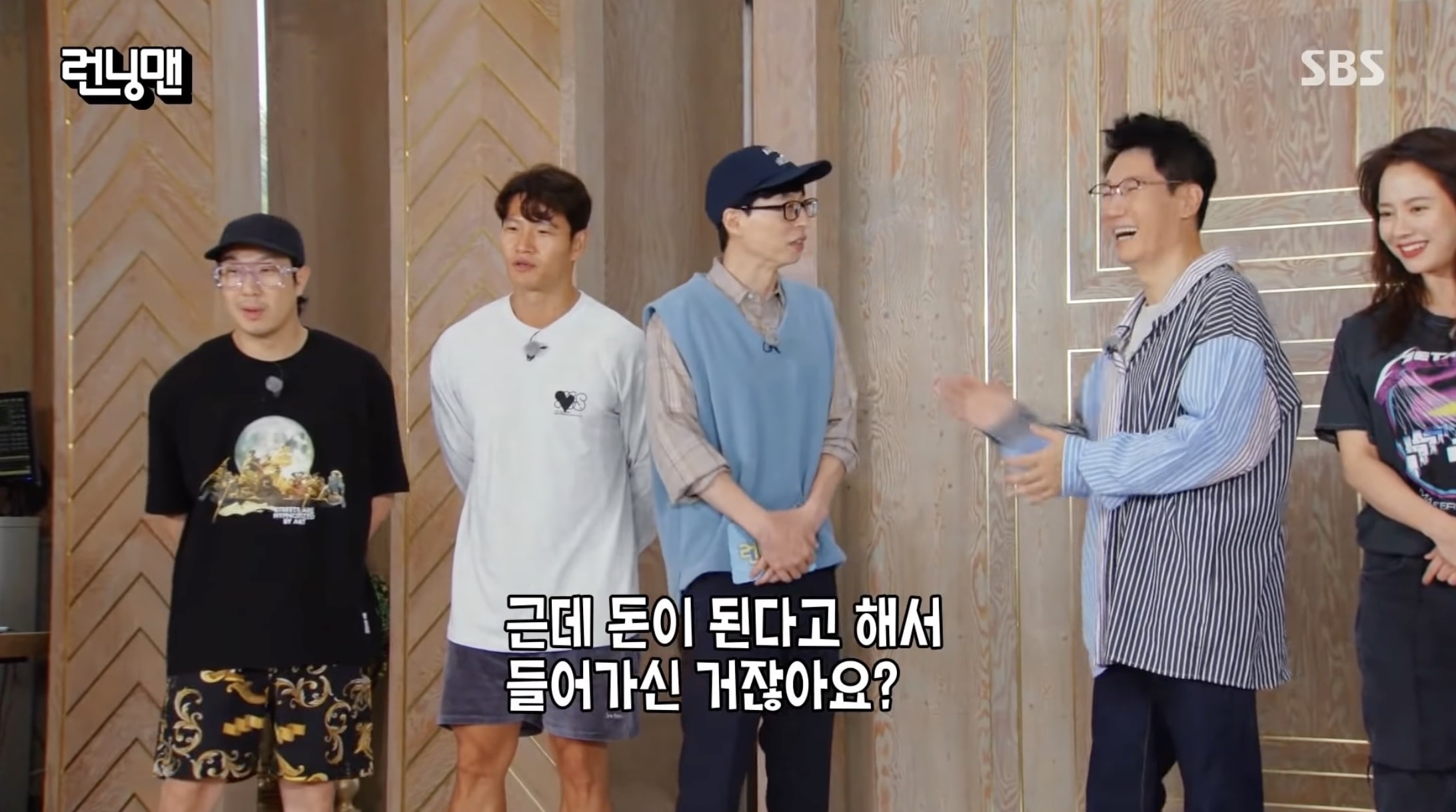 After he finished teasing Ji Suk Jin, Yoo Jae Suk moved on to a new target. “I heard that Ji Hyo also said a lot in an interview,” causing Song Ji Hyo to break out laughing. The cast read a quote from one of Song Ji Hyo’s interviews where she had said, “For the sake of chemistry, I’ve decided to accept my love line with Kim Jong Kook.” 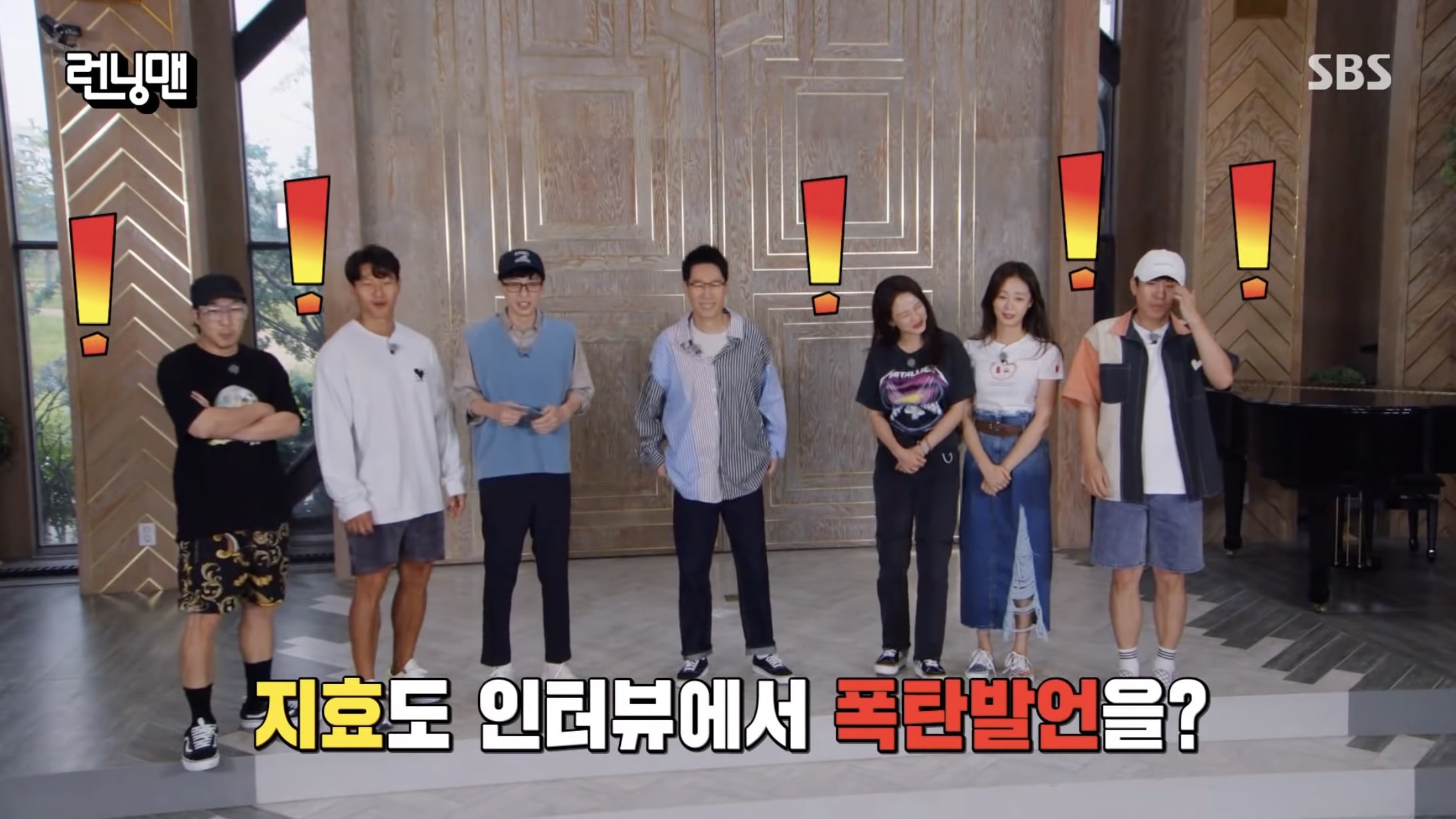 A “love line” refers to a relationship or connection between two characters, usually on TV. In variety shows, a “love line” can be created for the sake of entertainment, regardless of whether the participants are actually romantically involved. 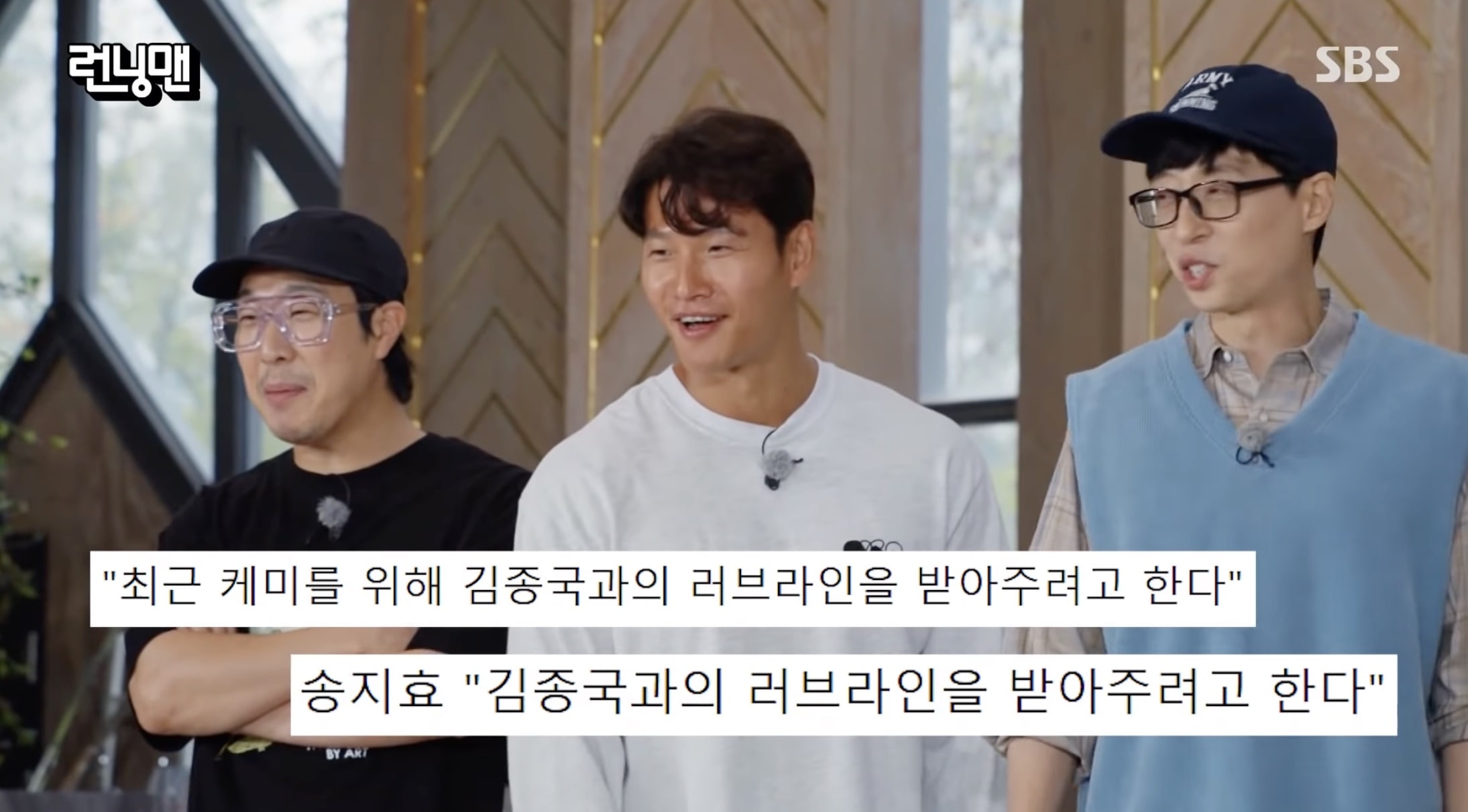 Song Ji Hyo then added, “The reaction around me was pretty good! So I think it would be fun.” 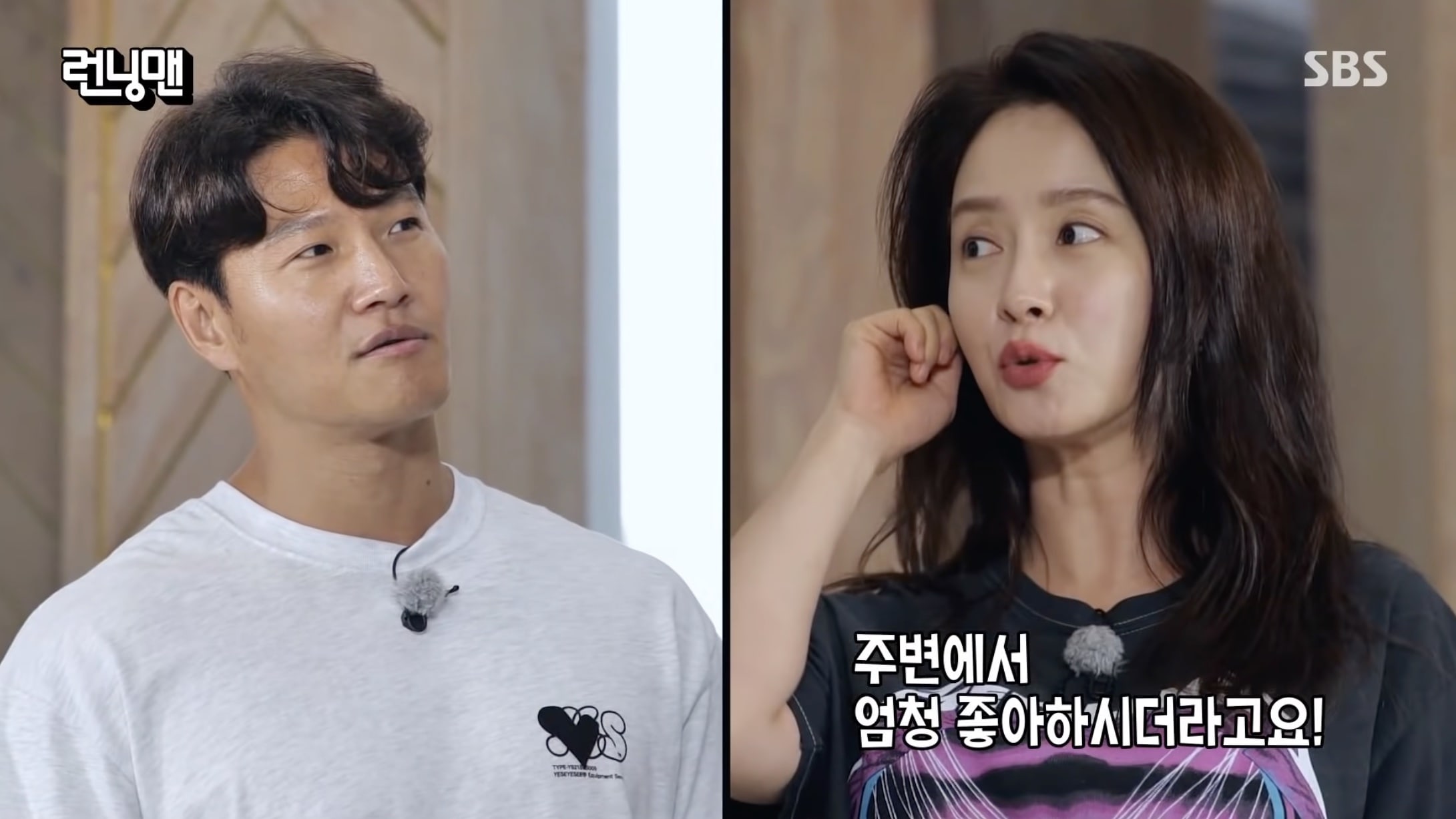