“Police University” is about the chaotic investigation that ensues when a professor at an elite police university teams up with a student who happens to be a genius hacker. B1A4’sJinyoung and f(x)’s Krystal star as university students Kang Sun Ho and Oh Kang Hee, while Cha Tae Hyun stars as passionate detective-turned-professor Yoo Dong Man.

Previously, Yoo Dong Man was arrested for leaking the tests ahead of the final exam. Kang Sun Ho, Oh Kang Hee, No Bum Tae (Lee Dal), and Jo Joon Wook (Yoo Young Jae) teamed up to rescue him. They were delighted when they were able to provide evidence that the real culprit was Park Chul Jin (Song Jin Woo), but Yoo Dong Man, who wanted to protect his partner, lied that he was the culprit. However, Park Chul Jin stepped up and admitted he was the one behind everything.

On September 6, the unpredictable drama shared new stills that feature Kang Sun Ho, Oh Kang Hee, No Bum Tae, and Jo Joon Wook. The four of them are in their police uniform, which highlights the serious expressions on their faces. They go to Yoo Dong Man’s office and stand there stiffly with looks of disbelief and disappointment. They are grim with despondency and despair, and curiosity is mounting over what caused them to be stunned into silence. 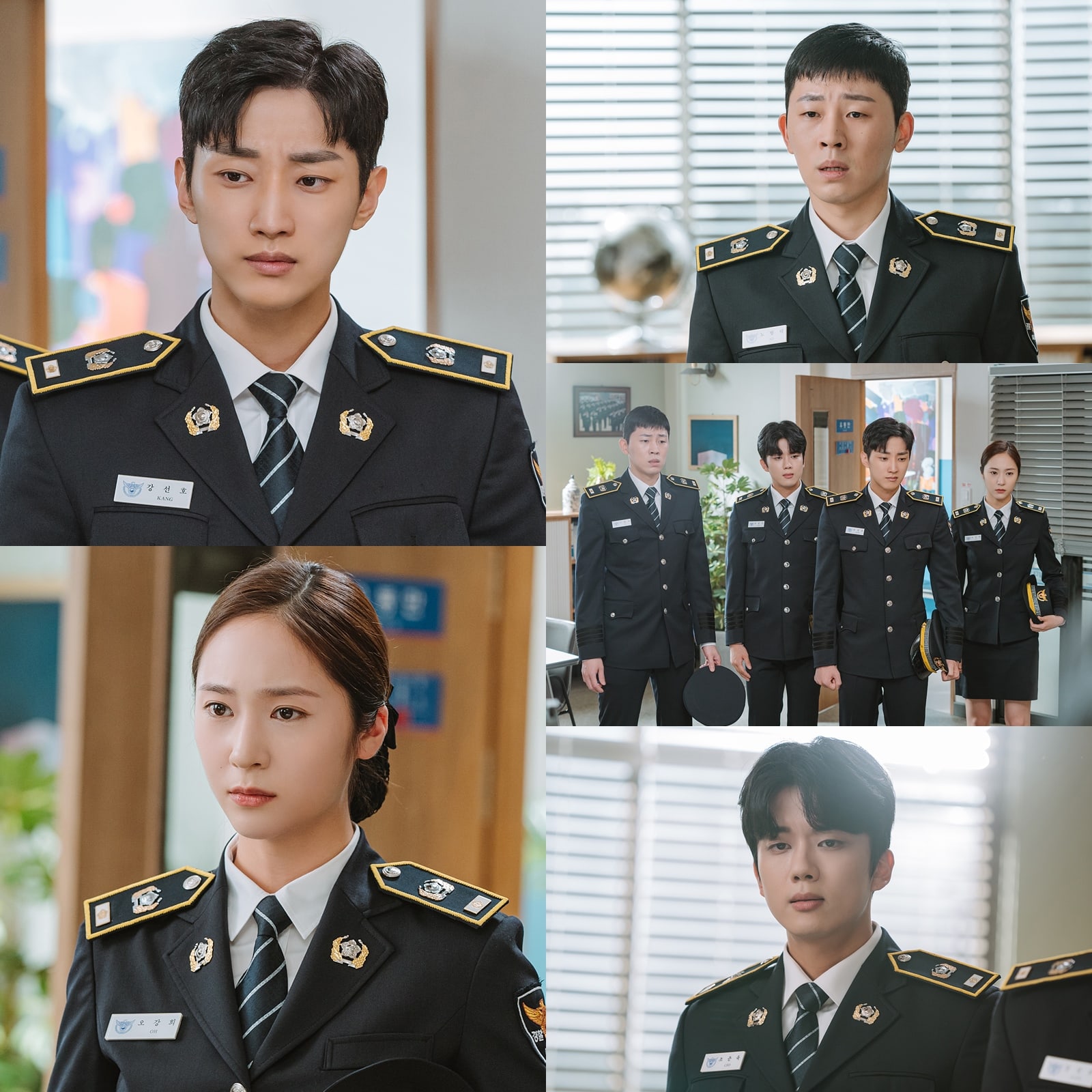 The production team shared, “In today’s broadcast, the four freshmen who boasted perfect teamwork will come across a red light in their cooperative investigation. Please tune in to the drama to see if the professors and students of the police school will give into the forces of evil that are suffocating them or join forces once more.”

The next episode of “Police University” will air on September 6 at 9:30 p.m. KST.

Catch up with the drama below!